A quick look at the new sprint sires 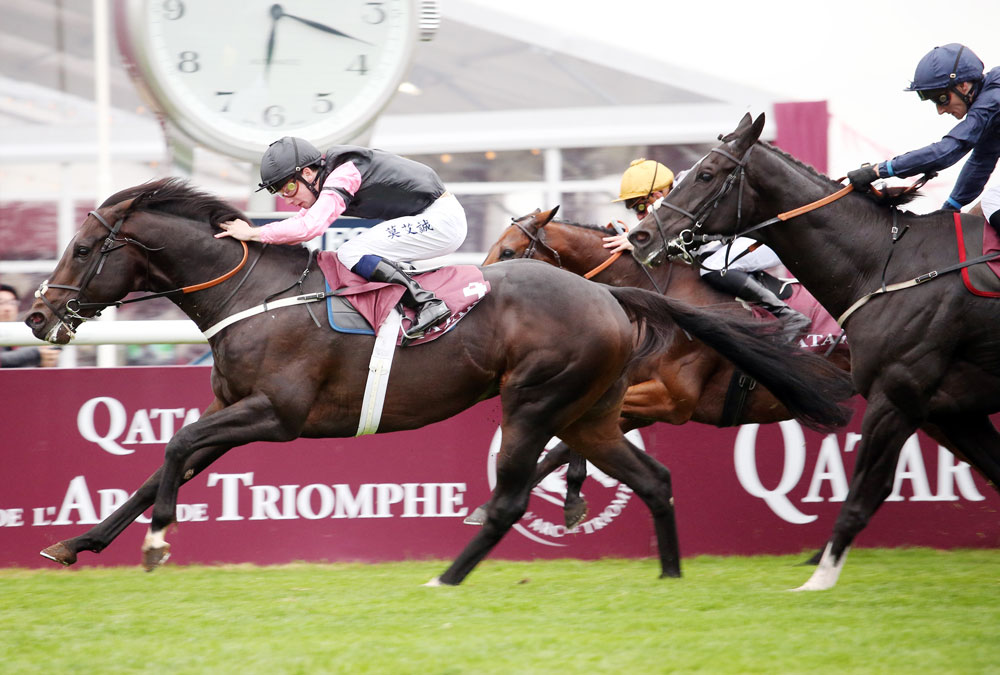 The National Stud’s new recruit, Aclaim, who is a Group 1-winning son of Acclamation.

The intake of new stallions is always an exciting time for breeders, if less so for racing fans who have to bid farewell to their favourite stars. It’s probably fair to say that the mare market is becoming ultra-competitive as more and more new stallions retire to stud. In the three years prior to the latest influx there have been record numbers of freshmen sires available to breeders, all driven by a pervasive commercial imperative. The 2018 retirees look set to continue this trend, piling ever more pressure on those proven sires that haven’t quite captured the imagination.

So, how do the latest set measure up? In this article I will concentrate on the faster racehorses retiring in Britain and Ireland, those that plied their trade at distances less that a mile.

The most expensive of the group is Coolmore’s steel grey speedster Caravaggio, who played a leading role in the sprint division during 2017 and earned a Timeform rating of 125. Caravaggio remained unbeaten in his first six races at two and three, culminating with a victory over Champion Sprinter Harry Angel and Blue Point in the Commonwealth Cup. Things didn’t go his way thereafter, but there is no doubt that a sharp colt that can win at Royal Ascot two years running – he took the Group 2 Coventry and Group 1 Phoenix at two – will always be high on anybody’s short list. He’s the best son of the in-form but deceased Scat Daddy, a top-class two-year-old who won the Group 1 Hopeful and the Group 1 Champagne as well as the Group 1 nine-furlong Florida Derby at three. Rated 120 by Timeform, Scat Daddy has an impressive 9.5% Black-type winners-to-runners strike rate. Caravaggio was not an out-and-out sprinter and, should he get exposed to stamina among his mares, we can expect that he will sire horses that stay better than he did. His sire stayed well as did his broodmare sire, the brilliant Holy Bull, who won at up to ten furlongs on two occasions at the highest level. Caravaggio stands his first season at €35,000.

Next on our list in terms of fee is The National Stud’s new recruit Aclaim, standing at £12,500. This son of Acclamation came into his own towards the end of 2017 when he scored in the Group 2 Park Stakes at Doncaster and followed up two weeks later with an impressive victory in the Group 1 Prix de la Foret. Rated 123 by Timeform, Aclaim, who cost €130,000 as a yearling, is one of only three Group 1-winning sons of his sire, the others being Equiano and Dark Angel. In fact, he’s rated higher that the latter, as well as Lilbourne Lad and Harbour Watch, two others by the same stallion that have also sired Black-type horses. Acclamation himself had perhaps one of his best years in 2017 with the brilliant Marsha earning a 130 Timeform rating on her way to a record-breaking sale at Tattersalls in December. He also has a nice horse to look forward to next year in the Group 2 Vintage Stakes winner Expert Eye, who could potentially be his top colt. To date, Acclamation has sired 4.9% Black-type winners to runners. 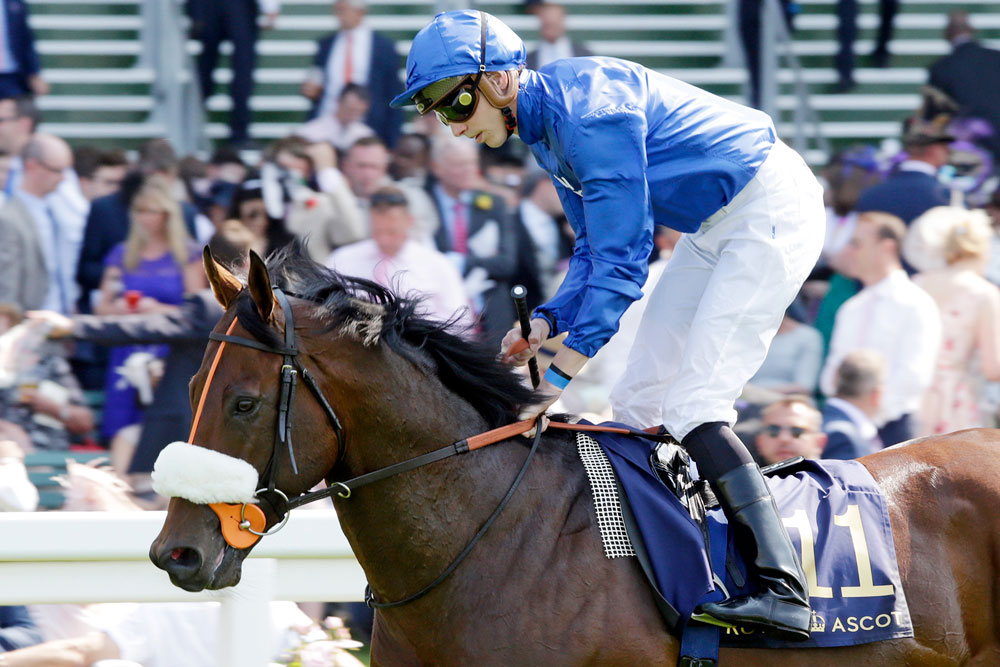 The Kildangan-bound Profitable, standing at €12,000, looks good value in that he is a 125-rated Group 1 winner, exactly the same credentials at Caravaggio. Moreover, he’s a son of Invincible Spirit, perhaps the best speed influence in recent times. Profitable, under the expert care of Clive Cox, took the Group 1 King’s Stand Stakes in 2016 to complete an unblemished three-race opening to his four-year-old season and then returned to his very best the following year, his effort when second to Lady Aurelia in the 2017 renewal of Royal Ascot’s five-furlong showpiece being of particular merit. With his all-speed pedigree, Profitable is arguably the best sprinting son of a sire that gets 8.4% black-type winners to runners and who has already produced six sons who have sired northern hemisphere Black-type winners so far. Invincible Spirit is also sire of the Australian sensation I Am Invincible and he has many more well-heeled sons, including Kingman, to come.

Retiring to Overbury stud at £6,500 is Group 2 winner Ardad, a son of Invincible Spirit’s three-parts brother Kodiac. The proposition here is very simple: he’s a horse that gives you an outstanding shot at an early two-year-old winner, and perhaps a horse that can play a big part in the Royal Ascot two-year-old races and other top juvenile sprint events. After all, that’s what the Kodiacs are renowned for and what Ardad was particularly good at. Ardad won Royal Ascot’s Windsor Castle Stakes less than a week after a winning debut and graduated to take the Group 2 Flying Childers later in the season.

Two new stallions available at £6,000 are Tally-Ho’s Cotai Glory and The National Stud’s Australian speedster Spill The Beans. A typical Exceed And Excel, Cotai Glory won the Group 3 Molecomb as a two-year-old and has remained remarkably consistent in his 30-race career which also featured a second in the Group 1 King’s Stand and a third in the Nunthorpe. Bred on the same Exceed And Excel/Elusive Quality cross as Group 1 winner Guelph, Group 3 winner Yalta ((one of three Molecomb winners for their sire), and Sound And Silence, Cotai Glory cost 75,000gns as a yearling and looks sure to attract plenty of mares.

Like Cotai Glory, Spill The Beans is by a son of Danehill, in his case the sensational stallion Snitzel, who became Champion Australian Sire in 2016/17 with a record haul of juvenile Black-type winners. Snitzel, who looks set to rival, if not match the exploits of his sire Redoute’s Choice in the coming years, is siring Black-type winners at a world-class rate of 10.8%. Spill The Beans won the Group 2 1,300-metre QTC Cup at Eagle Farm in Brisbane, but also scored over 1,200m in Group 2 company at Randwick. He’s out of a winning Falbrav mare, who in turn is out of a Ahonoora half-sister to two Group 1 winners. So, his pedigree should have a degree of familiarity about it. 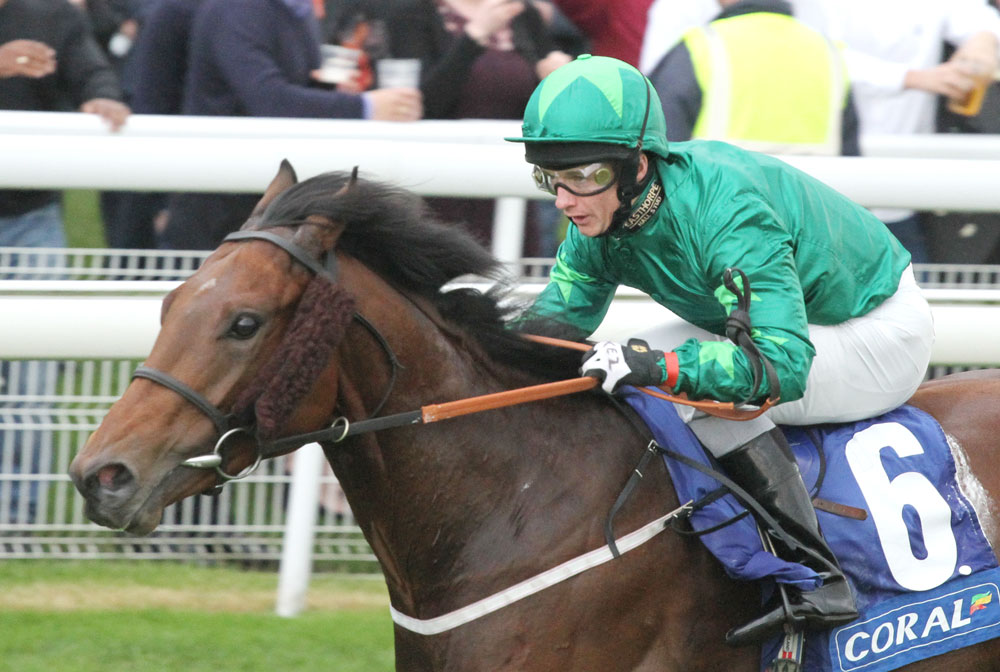 Mattmu, who stands at Bearstone Stud, was an excellent two-year-old, winning the Group 2 Critérium de Maisons-Laffitte.

Bearstone Stud is to be the new home of Mattmu, who will stand for £3,000. There is plenty of value here as this Group 2-winning son of Indesatchel is higher rated at 118 than many of those already mentioned here. Easily the best by the son of Danehill Dancer, Mattmu was an excellent two-year-old, winning or placing in all of his nine races, culminating with a win in the Group 2 Critérium de Maisons-Laffitte. He added the Group 3 Phoenix Stakes and a third in the Group 1 Nunthorpe at three.