Danehill is the daddy of them all 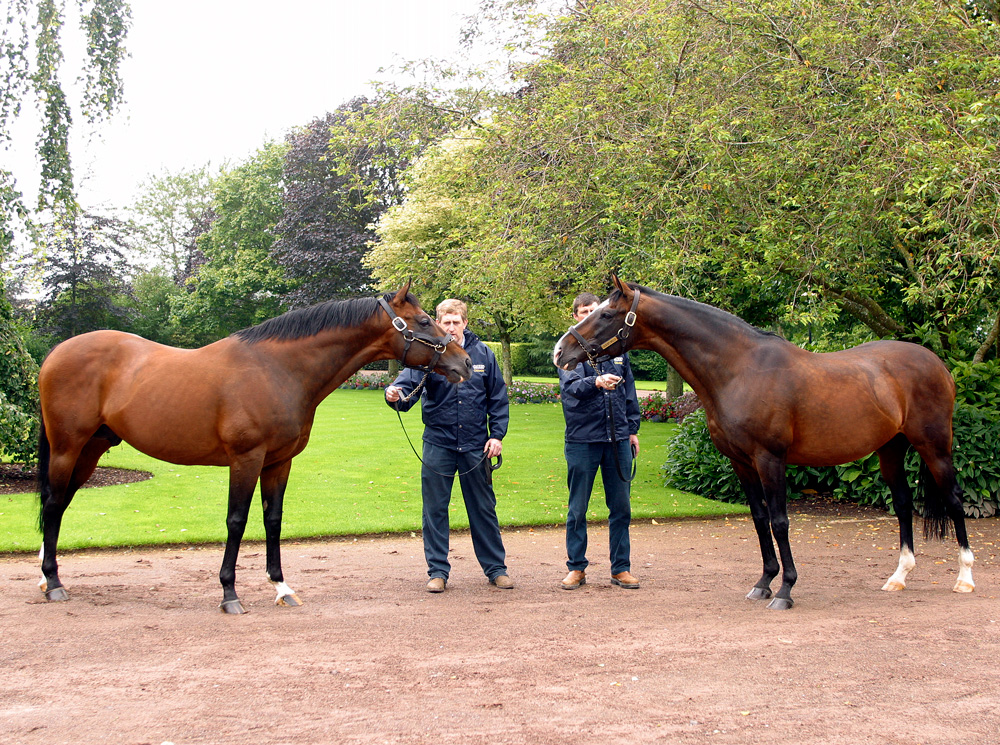 The term ‘sire of sires’ can be interpreted in many ways. Qualifying as one can merely mean a stallion has more than one sire son at stud, or it can – in the very best of cases – mean the stallion in question has many top-class sons. Invariably, it boils down to where to draw the line. And quite often the very best sires of sires also tend to have plenty of failed sons due in the main to the over-exuberance of stallion studs to come up with a commercial proposition for our fashion-conscious bloodstock market.

So, where do we draw the line? For this article we are focussing on stallions that have gone to stud in 1995 or later and who have sired 20 or more Stakes winners. Another stipulation is that the stallions have stood in Europe and are by sires that have also stood in Europe.

Remarkably, Danehill has had 16 sons that meet the criteria, with six – Danehill Dancer, Redoute’s Choice, Exceed And Excel, Fastnet Rock, Dansili and Rock Of Gibraltar – all siring over 100 Stakes winners. Two, Redoute’s Choice and Dansili, have also excelled by maintaining exceptional quality, as their near 12% Stakes winners to runners demonstrates. It may be worth bearing in mind that 5.3% of the 16,500-plus Northern Hemisphere-born runners by sons of Danehill are Stakes winners.

Five of Danehill’s six sires with 100 or more Stakes winners also plied their trade in Australia. The same cannot be said of the second sire on our ranking, Sadler’s Wells. True, Galileo did have a stint there as did High Chaparral, Refuse To Bend and King Of Kings, but they were by and large not as well suited to the requirements of Australian racing as the Danehills.

Galileo, Montjeu and High Chaparral all beat the 100 Stakes winner mark, and we can confidently say that Galileo has not peers among sires of any generation. His Stakes winners – around 16% of his runners in the Northern Hemisphere and 14.1% overall – are of the highest quality. It’s no coincidence that his elite runners, including the outstanding Frankel, are perhaps the best of any European-based sire ever.

Montjeu meanwhile sired plenty of top horses before his early death, producing Stakes winners at a world-class rate of 10.6%. In fact, according to Timeform, of the top seven runners by sons of Sadler’s Wells, Montjeu is responsible for three – Hurricane Run, Authorized and Fame And Glory.

This trio were unable to sustain their stud careers in Britain and Ireland but all three have had their successes elsewhere, including the likes of Treve (by Motivator) and Hartnell (by Authorized). However, in ten years’ time, there may be well another name atop Montjeu’s list of stallion sons, such is the fine start that Derby and 2,000 winner Camelot has made to his stud career at Coolmore.

There have been 1,735 Northern Hemisphere-foaled Stakes winners (4.4% of runners) so far with the great sire Danzig as their paternal grandsire. The vast majority of these can be attributed to Danehill and his sons, but it is Green Desert that accounts for the second largest proportion, 435 Stakes winners or 5.3% of runners.

With six stallion sons on our list, Green Desert has three major sires of the day batting for him. All three have passed 100 Stakes winners. Cape Cross, now deceased, is the sire of the outstanding Sea The Stars who is going from strength to strength in his own right, siring Stakes winners at an incredible rate of 12.9%. And then there’s Golden Horn to come.

Green Desert’s other two prolific sons, Oasis Dream (10.7% Stakes winners to runners) and Invincible Spirit (7.9%) are still making an impact at the races in 2018 and both have excellent chance of prolonging their influence through their many stallion sons such as Showcasing (by Oasis Dream) and Kingman (by Invincible Spirit).

Much focus in recent years has been on the identity of Galileo’s successor as a stallion. Four sons are good enough to have made our list. The Darley pair Teofilo and New Approach were first out of the blocks. Teofilo’s 76 Stakes winners have come from both hemispheres, but it’s to his eternal credit that he has maintained a 10% Stakes winner strike rate north of the equator.

New Approach, meanwhile, has continued an unbroken line of three Derby winners by siring the 2018 winner Masar. That was last achieved by Mill Reef, Shirley Heights and Slip Anchor in the 1980s. But there is no doubt that Galileo’s best-ever runner is also his best sire son, at least so far. Frankel, albeit with the help of Europe’s finest mares, is producing numbers worthy of his illustrious father. His 14.7% Stakes winners to runners is absolutely top-class. True, he could do with more tip-top performers like the 136-rated Cracksman, but that’s sure to happen in time.

Pivotal has four stallion sons on our table. Kyllachy enjoyed a very successful career alongside his father at Cheveley Park Stud, but it looks more likely that his French-based son Siyouni will be remembered longer – his 8.7% Stakes winners to runners certainly suggesting as much.

Whatever metric we use to define a successful sire of sires, it still remains extremely hard to come up with multiple top-class stallions. Of those reviewed here, Sadler’s Wells has three European sons who have exceeded the 10% Stakes winners to runners benchmark – Galileo, Montjeu and In The Wings; Danehill has two in Redoute’s Choice and Dansili, and Green Desert, sire of Oasis Dream, has only one. Whilst it’s true that most stallions by renowned sires of sires will ultimately fail, most commercial breeders will still insist that your stallion is by the right sire.