Simon Rowlands takes a look at how the first crops sires are faring halfway through the season.

The hope and intrigue which accompanies the early steps of a new crop of two-year-olds mirrors that for the offspring of first-season sires. In both instances, there is a desire to establish who is a star, and who is not, without jumping to premature conclusions or finding that you have missed the boat.

The picture with both juveniles and rookie sires is a little clearer following last week’s Newmarket July Meeting, but for all that much of the campaign is still to come.

There are many ways of measuring success, on the racecourse and in the breeding shed, but one of the most tried-and-trusted, and one of the least subject to variance and context, is through Timeform ratings.

The following table looks at various measures for first-season sires and is ordered by average Timeform rating, which is the peak Timeform performance rating for each of a sire’s racecourse representatives in Britain and Ireland to 14 July inclusive. It’s important to note that several of these sires have also had winners elsewhere in Europe which are not featured here, notably Garswood with his Group 3 winner Little Kim in France, and Bungle Inthejungle with his Italian Listed winner Sopran Artemide. Only sires with a minimum of 10 representatives have been included.

Three stallions have performed especially well by that measure, with No Nay Never and Charm Spirit backing up their high Timeform averages with plenty of runners, starts and wins, while Kingman has been quieter to date but is already synonymous with quality. 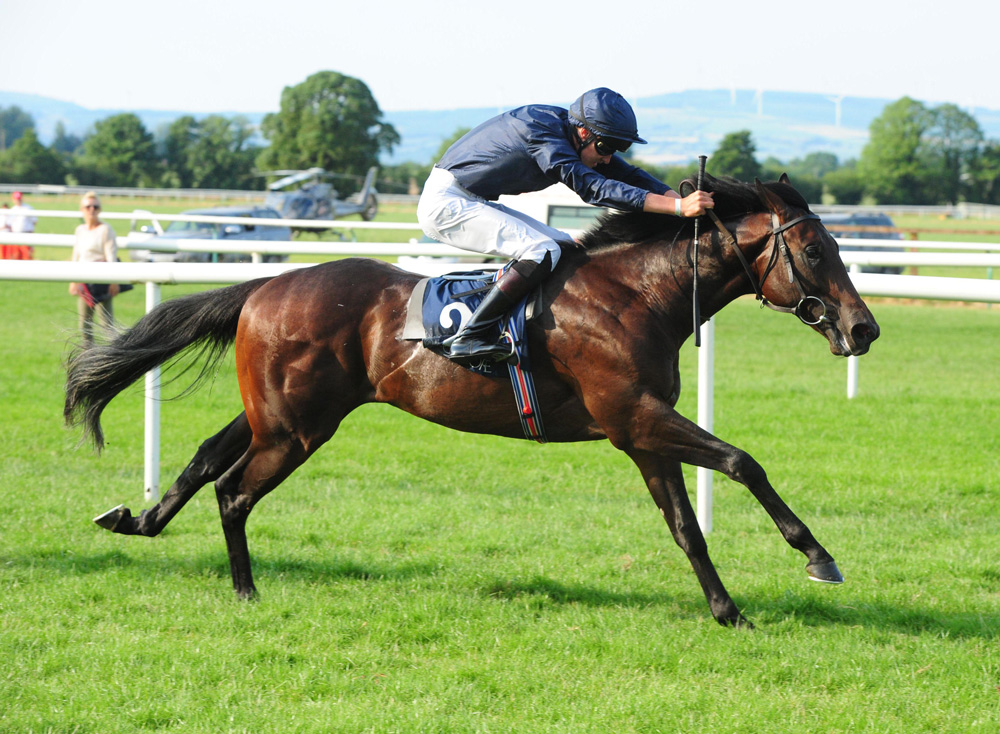 No Nay Never’s son Land Force on his way to victory in the Listed Coolmore Pride of Dubai Tipperary Stakes.

All three sires have produced offspring to have run to a Timeform performance figure in excess of 100, with No Nay Never responsible for Cosmic Law (103) and Neverland Rock (100), in addition to the Listed winner and Royal Ascot third Land Force (104). Charm Spirit’s one-in-four win record and two-in-five winners-to-runners record underlines the consistency with which he has produced the goods.

Kingman’s son Calyx is the most highly-rated two-year-old of all, with his base 113 figure for winning the Coventry Stakes at Royal Ascot on his second start boosted a further 5 by Timeform on account of the manner in which it was achieved. Kingman is also responsible for the minor Sandown winner King of Comedy, who ran to 92 but has been rated 97P as a result of some impressive sectionals. 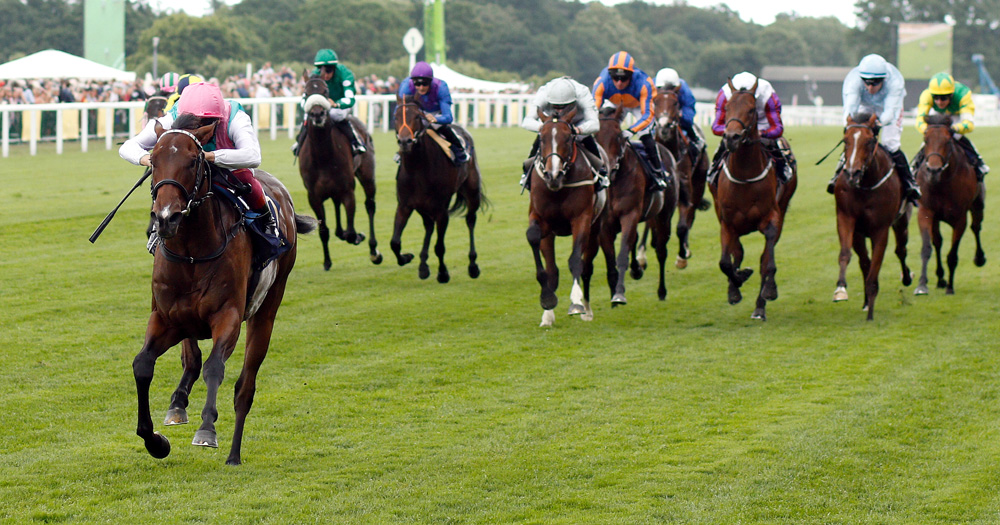 Calyx wins the Group 2 Coventry Stakes at Royal Ascot to provide his sire Kingman with his first major success.

Impressive though those average Timeform ratings are for that trio, Frankel figured on 93.0 at this stage of his freshman season by way of comparison, albeit on the back of much less evidence in his case.

Average Timeform ratings in the 60s and low-70s are perfectly respectable by any reckoning. War Command’s son Victory Command is one of only five juveniles to have won three races in Britain and Ireland up to the middle of July, and the only one of that quintet to be by a first-season sire.

The ex-Australian sprinter Kuroshio has the second-highest percentage of winners to runners, in addition to that healthy Timeform average, and has a standard bearer in the dual winner and July Stakes fourth Dunkerron.

Olympic Glory has made a quiet start, producing just one winner at the time of writing, but that 70.8 Timeform average suggests he will be making a greater impact when more of his progeny appear.

Arguably the biggest success story among the freshmen sires of 2018 has been Bungle Inthejungle, a 109-rated 5f performer with Timeform who has had the most individual winners, the joint-most wins and the largest number of starts of any such sire. It has not been just about quantity with Bungle Inthejungle, either, as his seventh place in terms of Timeform average and the Royal Ascot fourth Rumble Inthejungle illustrate.

Each of the remaining sires on the list has produced at least one offspring to have run to 80 – close to the average rating of a two-year-old maiden winner in Britain and Ireland in the whole of 2017 – and Gale Force Ten also managed a Royal Ascot third with Dom Carlos.

Some other figures to call out are those high win and winners-to-runners percentages for Gregorian and the solid 66.0 Timeform average achieved by offspring of Toronado, another sire whose impact seems likely to grow as the season progresses.

A longer-term view very much needs to be taken with Australia, who failed to make the cut having had just six individual runners to date (two singleton winners from 13 starts) but whose progeny have averaged 77.0 on Timeform and include the Royal Ascot fourth Beyond Reason (rated 86).

It is, as the saying goes, a marathon not a sprint. But No Nay Never, Charm Spirit and Kingman in particular have set off at an impressive pace among this year’s first-season sires.