A Night to remember

Three Black Type-winning 2yos and a 60% winners to runners ratio from his first crop mark out Night Of Thunder as a stallion with a big future, contends John Boyce.

This year’s first season sires are a worthy bunch in many respects. For a start, there are 11 in Europe that that have already sired at least one Stakes horse. One that is rocketing up the winners’ table is Night Of Thunder. He also owns an enviable winners-to-runners ratio, with just 35 of his 112 first-crop foals having run so far, as many as 21 have already secured a victory (as at 16th September). That’s a 60% strike rate and to give some context to the achievement it is worth knowing that no freshman sire has ever achieved this by mid-September with their first runners.

Moreover, the son of Dubawi has plenty of runners with more than enough future potential. In a word, they’re progressive. And why should we be surprised? After all, Night Of Thunder himself, according to Timeform, progressed 17lb between his last start as a two-year-old in October and his Classic victory in the 2,000 Guineas at Newmarket in May. Likewise, his own sire Dubawi is renowned for producing stock that improve with age. In his case – again according to Timeform – the average Dubawi improves 22lb from the time they’re two to full maturity at age four and above. That’s nearly 10lbs more than Galileo’s stock achieve over the same period.

Night Of Thunder was well bought as a yearling for 32,000 guineas at Tattersalls October Book1. Part of the reason for such a low price must have been his immediate pedigree, which was very light under the first three dams. That said his dam was a Timeform 99-rated two-year-old 7-furlong winner by Galileo and he goes back to a fine two-year-old filly in Forest Flower, who won the Group 3 Queen Mary, the Group 3 Cherry Hinton and the Group 2 Mill Reef at two and then trained on to land the Irish 1,000 Guineas.

Night of Thunder was unbeaten in two races as a juvenile, starting out in a 6-furlong maiden at Goodwood and following up with a victory in the Listed 6-furlong Doncaster Stakes, both on soft ground. 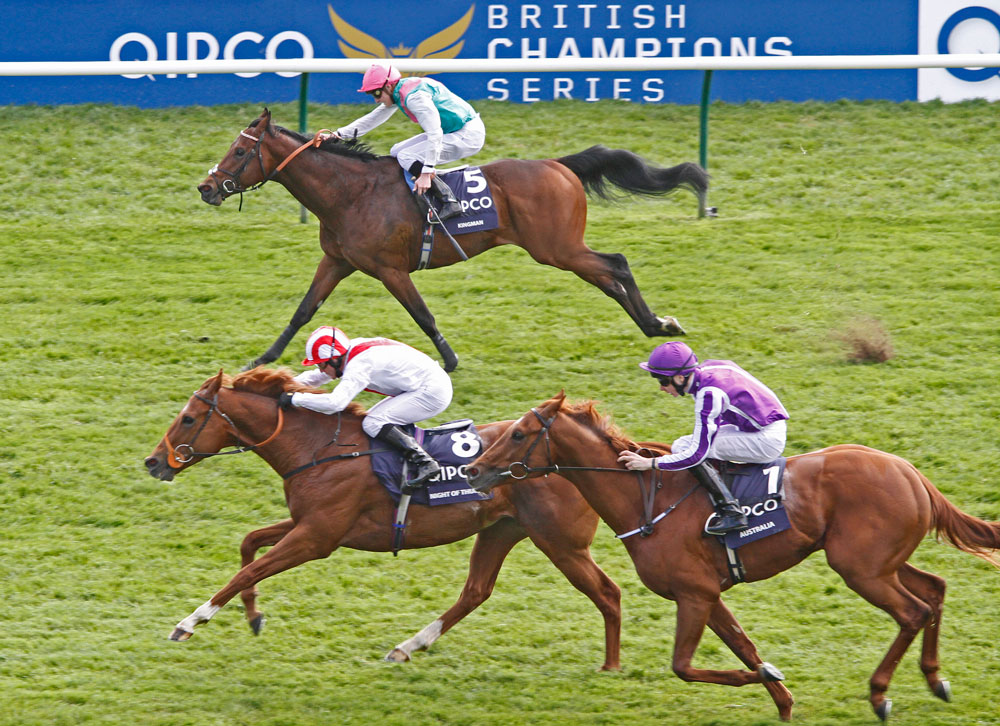 Night Of Thunder finishes with a flourish to overhaul Kingman and Australia in the Group 1 2,000 Guineas at Newmarket.

In the 2,000 Guineas itself, Night Of Thunder was a 40/1 shot behind hot-favourite Kingman. And understandably so, given that he had four-and-a-half lengths to make up on Kingman following their seasonal reappearance in the Group 3 Greenham, when they finished first and second. But the Newmarket Classic was a revelation. A strong pace throughout blunted Kingman’s turn of foot and Night Of Thunder came through late to account for both Kingman and future Derby winner Australia, despite hanging across the course.

Night Of Thunder probably never had another race run to suit him as much again that year, but remained consistent nonetheless, running second and third in three more Group 1s. He returned to something like his best on his seasonal reappearance at four, winning the Group 1 Lockinge Stakes in the Godolphin colours. At his best, Timeform assessed him at 127 – the same rating incidentally as Dubawi’s current star Too Darn Hot – and they gave him a 110p mark at two.

Not only has he amassed a healthy number of individual winners – the same incidentally the his outstanding sire managed by early September – he’s also already sired three Stakes winners, more than any other European first-season sire. They include Group 3 Princess Margaret heroine Under The Stars and the progressive pair Molatham, winner of the Listed Flying Scotsman Stakes, and Thunderous, who remains unbeaten after three runs, most recently in the Listed Denford Stakes at Newbury. Two more youngsters, Sun Power, second in the Pat Eddery and third in the Denford won by Thunderous, and Thunderspeed have been Listed placed.

In terms of Timeform ratings, Molatham is best at 109p so far from Thunderous on 105p, followed by the 100-rated Under The Stars. As many as 14 of his two-year-olds are rated 80-plus by Timeform and they have an excellent average rating of 92.5, ahead of all sires with the exception of Gleneagles. 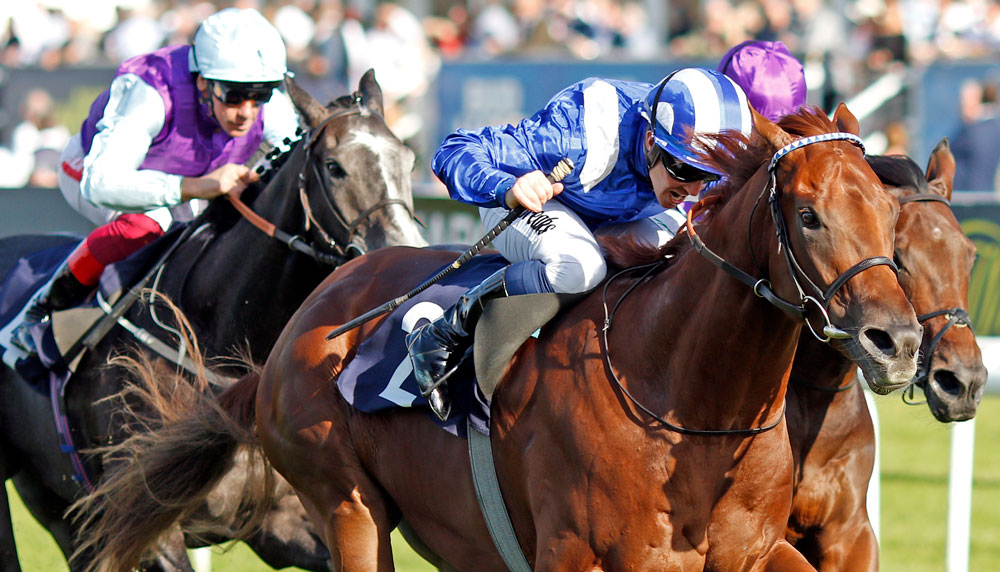 The omens are good for Night Of Thunder in that the vast majority of his first crop have yet to compete and his own sire is building a decent profile as a sire of sires through Makfi and Poet’s Voice, both of whom have sired winners at the highest level.