The incremental rise of Dandy Man through the stallion ranks is a sign that he is upgrading his mares. Sudden fee rises often emerge off the back of one headline act. Steady fee rises, alternatively, are the result of a consistent stream of above-average winners out of mares who perhaps weren’t expected to produce as many. Not only has Dandy Man exceeded expectations in this regard, but he is now siring headline acts – most notably from his current three-year-old crop which has already yielded four Group winners. They include Lady Kaya, runner-up in the Moyglare Stud Stakes at two before showing a blaze of pace when getting within a length to Hermosa when upped to a mile in the 1,000 Guineas (a field which included another of Dandy Man’s daughters in Nell Gwyn winner Dandhu). Lady Kaya looked a leading contender for the Commonwealth Cup before meeting a tragic end on the gallops. Another highlight from the crop is La Pelosa, who was runner-up in the Albany Stakes at Royal Ascot before going on to achieve Grade 1 success at two in the Natalma Stakes. 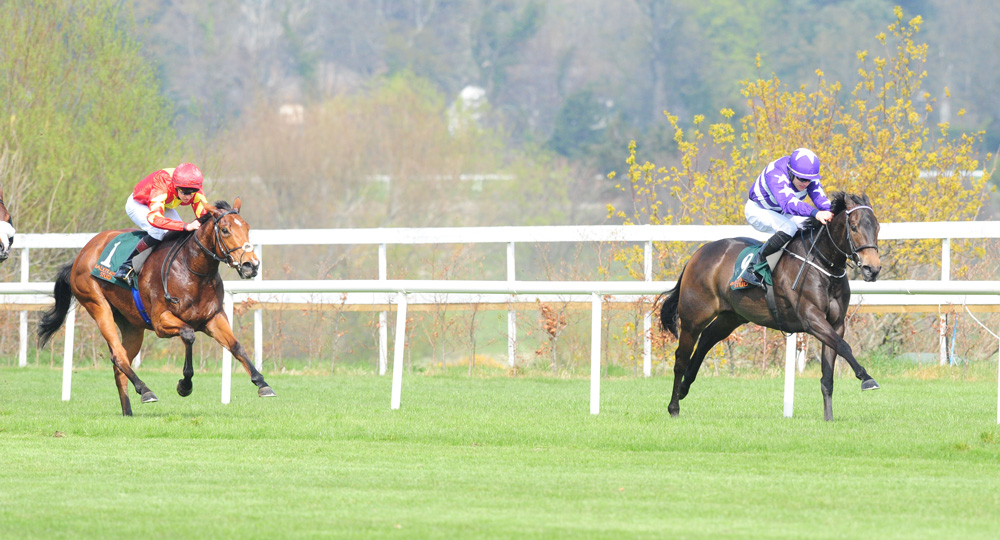 Those achievements were noticed by breeders, who have flocked to him, as Joe Foley of Ballyhane Stud explains. “He received around 180 mares this year, a book which was strongly up on quality by some way. He got lovely mares from some very good breeders and was fully booked before Christmas.”

Since retiring to stud in 2010, he has proven to be somewhat of a safe bet for breeders. His clearance rate was 85 per cent last year (a robust figure in a not so robust middle market), and his average has never dipped below €20,000, even though his fee went as low as €3,500 in his second and third seasons. His yearlings have made up to 240,000 guineas, and he has got 141 two-year-olds to run for him this year in addition to 116 yearlings.

However, Dandy Man has elevated to a level where the racing powerhouses are now tapping into his progeny. “Last year’s yearlings were bred off a €7,500 fee – not high by any means – so to see the likes of China Horse Club, Phoenix Thoroughbred and Godolphin purchase his progeny gives pinhookers confidence,” says Foley. “Godolphin has bought a Grade 1 winner by him in La Pelosa, and China Horse Club owns Shared Belief, who looks an exciting two-year-old for them. I think he encapsulated all the leading players, and they have had success with him, which makes them keep buying.” 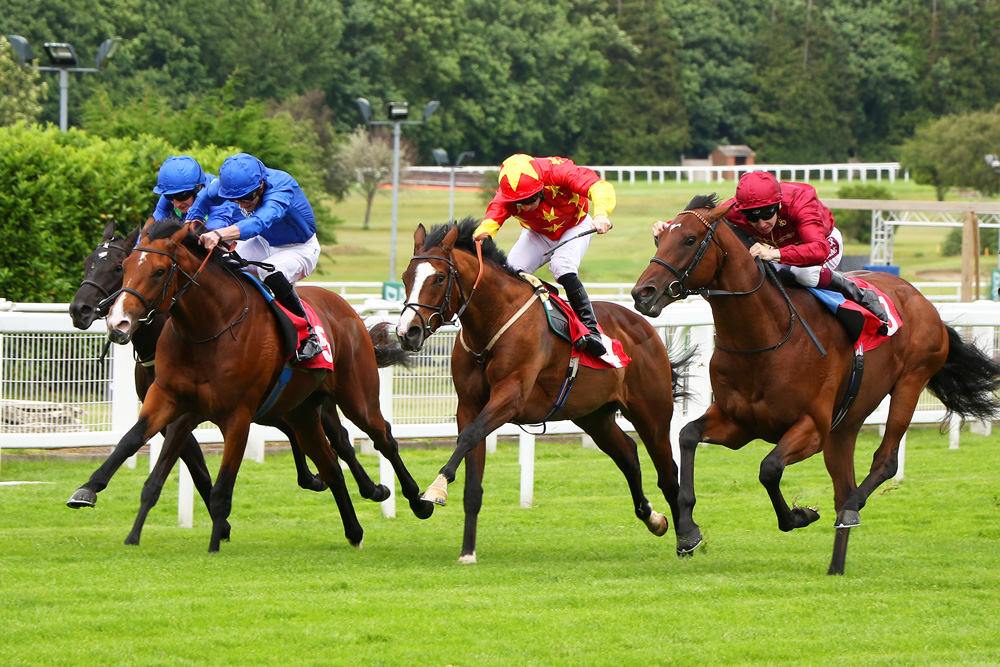 Precocity sells as owners wish to know their fate sooner, and Dandy Man is one of the most potent sources of two-year-old winners. Eighty per cent of his runners make it out at two, and he has already sired seventeen juvenile winners this year, four clear of his nearest rival. He was a useful juvenile, winning a Stakes race over the minimum trip when trained by Tracey Collins, before progressing to become the top-rated sprinter of his generation in Britain and Ireland. He earned a peak rating of 116, with his best effort arguably coming when runner-up to star Australian mare Miss Andretti in the King’s Stand Stakes. He was durable and consistent and finished in the first four on seventeen of his thirty starts. Dandy Man was bred to be speedy, with his sire Mozart crowned Champion Sprinter in 2001 and his dam, Lady Alexander, winning two Group races over five to six furlongs. She also produced Queen Mary Stakes winner and Commonwealth Cup placed filly Anthem Alexander, as well as the dam of Group-winning sprinter Hamza.

Dandy Man’s international appeal has also given confidence to those buying to race. There is high demand for smart sons of Dandy Man abroad, particularly so in Hong Kong, where Hong Kong Sprint winner Peniaphobia has flown the flag. River Boyne also built on his form for Gordon Elliott to win three Stakes races in the USA, including a Grade 2, and finish runner-up in two Grade 1s.

Standing alongside Dandy Man and in the process of following in his footsteps is Elzaam, a son of Redoute’s Choice who finished runner-up in the Coventry Stakes at Royal Ascot. “Elzaam is in a similar position to Dandy Man but at an earlier stage, as he too is upgrading his mares and getting horses sold to Hong Kong. He’s also now receiving better mares.” His best performers include the sharp Listed-winning juvenile and Queen Mary-placed Clem Fandango, as well as Listed winner Playa del Puente and London Icon, who was notably progressive before being exported to Hong Kong, where the sire has already had five runners be selected to race there – all from small book sizes. His best books are still to come, where he has 107 yearlings on the ground and covered 107 mares in 2018.

Completing the roster at Ballyhane Stud is Prince Of Lir, who was a sharp Royal Ascot-winning two-year-old and has 76 yearlings on the ground. He is a son of Kodiac, who holds the record for siring the highest number of two-year-old winners in a season.

“Prince Of Lir is a fast horse. He was a Norfolk winner and a fast breezer. His yearlings look similarly sharp, and I look forward to seeing them go through the ring this year.”

Already at the halfway stage of the season, Dandy Man has shown to be well worth his 2019 fee of €12,500. Those who booked into him this year are sitting pretty, and it could be a similar case of catching him while you can this year to ensure your place for 2020 and to avoid a disappointing Christmas!