In the his penultimate article on sires with first crop yearlings selling at Arqana, Adam Potts focusses on stallions standing at the lower end of the fee range.

Despite being towards the lower end of the stallion fee range, many stallions with progeny catalogued in Arqana’s August Yearling Sale were top class runners themselves. With the European breeding landscape increasingly being gearing towards speed as a result of increased demand, the progeny of The Last Lion ought to be high on everyone’s list who’s hoping to buy a sharp juvenile.

Aside from his ability, his durability at two deserves much credit. Beginning his career in the first juvenile race of the season – the Brocklesby Stakes – he made a winning debut. Programmed in typical Mark Johnston fashion, he managed two more starts before Royal Ascot, where he finished runner-up to Prince Of Lir in the Group 2 Norfolk Stakes. Turned out just a fortnight later, he won the first of his Stakes races, the Listed Dragon Stakes over the minimum trip at Sandown.

Solid efforts followed at Group level with placings in the Molecomb and Gimcrack before he won the Group 3 Sirenia Stakes by an impressive four lengths. A six-day gap ensued between that success and the Group 2 Flying Childers Stakes, in which a finished a creditable runner-up to Ardad. Two weeks later, he showed up for what was his stiffest task yet in the Group 1 Middle Park Stakes, an influential stallion-making race which has been won by the likes of Oasis Dream and Dark Angel since the turn of the millennium. He improved on all previous form to beat Blue Point and Mehmas, earning an official rating of 116.

As one can see, he achieved a lot in a short space of time, but it was appealing he progressed to run his best performance on his tenth start of the season. 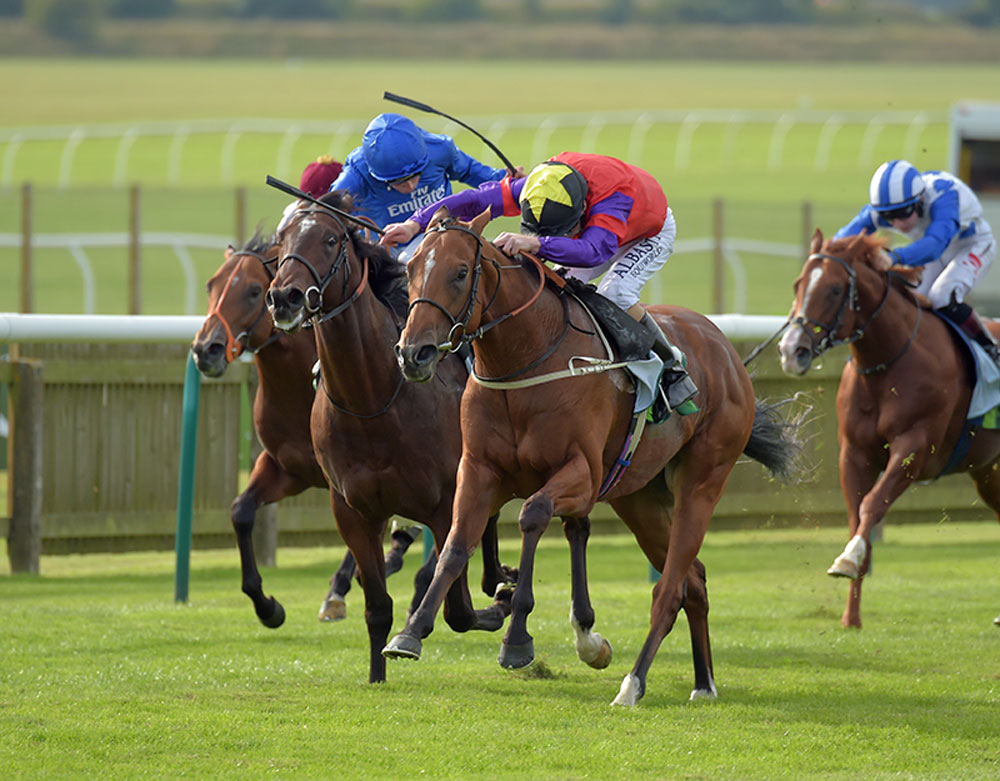 The Last Lion saves his best effort until last by defeating Blue Point and Mehmas in the Group 1 Middle Park Stakes.

A son of Choisir out of Mala Mala, The Last Lion is bred to be especially early and fast. Mala Mala placed in both the Group 1 Moyglare Stud Stakes and Group 1 Cheveley Park Stakes at two and is a half-sister to Group 1 Irish Guineas winner Tarascon. His first foals made up to €60,000 last year.

More speed is available in the shape of Kodiac’s son Kodi Bear. His sire has become the most potent source of juvenile winners, shown by his astonishing record-breaking achievement of siring sixty-three two-year-old winners in 2017. Kodi Bear was one of Kodiac’s best juveniles, winning the Listed Winkfield Stakes after a creditable effort in the Norfolk Stakes at Royal Ascot. Targeted at the Dewhurst Stakes, Kodi Bear was runner-up to Belardo, achieving a rating of 110.

Kept in training as a three and four-year-old, Kodi Bear won three Stakes races at three after having met with a setback which ruled him out of the 2,000 Guineas. They included the Group 3 Sovereign Stakes at Salisbury before his win in the Group 2 Celebration Mile, which he won by over three lengths with a fair degree of authority – so much so that the handicapper allotted him a mark of 118.

Retired to Rathbarry Stud, his first foals realised up to €66,000.

Two French-trained stallions complete the third part of our series. Vadamos, standing at Tally-Ho Stud, represents a unique outcross to breeders in being the fastest son of the influential German stallion Monsun and being free of Danehill and Sadler’s Wells. His female-line is a Jean-Luc Lagardére family steeped in success, including the Grade 1 Breeders’ Cup Miler Val Royal and Group 1 Queen Anne Stakes winner Valixir. Tally-Ho has ensured he receives every chance at stud by providing him with strong numerical support. He has 124 yearlings to race for him next year. His two yearlings catalogued here include a colt out of the Stakes-winning Group 2 German 1,000 Guineas-placed mare Nymeria.

Vadamos took after his relatives by excelling at a mile, winning four Group races over that distance. They included a German Group 2 by five lengths, but he really came into his own as a five-year-old when racking up nine starts in Dubai, France and Australia, winning three Group races including the Group 1 Prix du Moulin and finishing a close runner-up to Ribchester in the Group 1 Prix Jacques le Marois. He also competed in the Dubai World Cup and even raced against the mighty Winx. 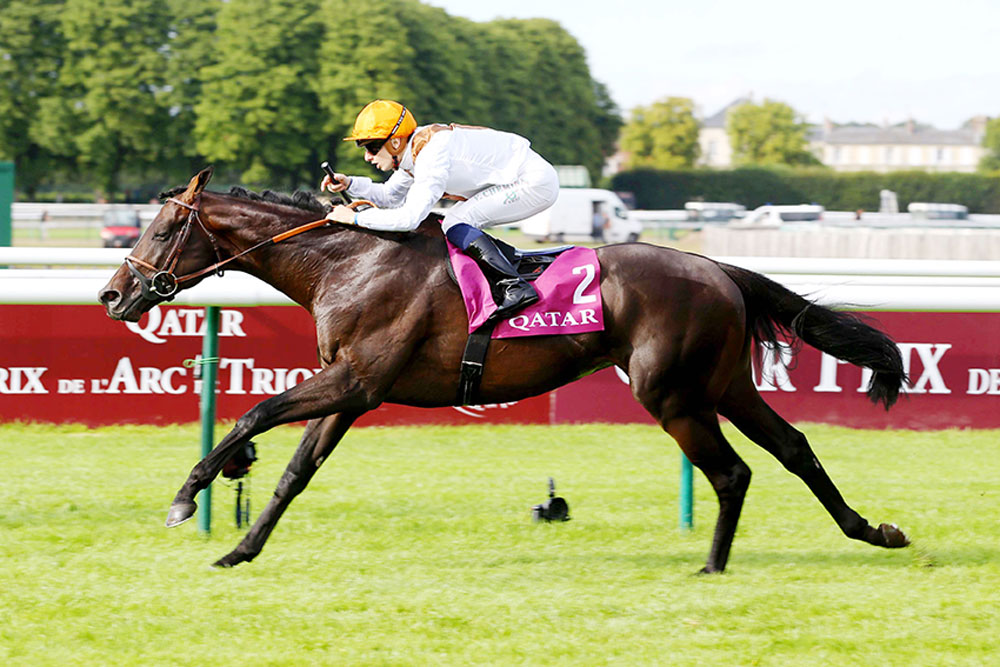 Vadamos gains quick compensation for his narrow defeat by Ribchester in the Jacques le Marois by taking the Group 1 Prix du Moulin.

Dariyan, who met Vadamos on the track, completes the third series. He was tenderly handled by his trainer Alain de Royer-Dupre, only making his debut at three. That said, he showed plenty of progression, winning the Group 2 Prix Eugene Adam over ten furlongs prior to finishing runner-up to Prix du Jockey Club winner New Bay in the Group 2 Prix Guillaume d’Ornano. Internationally campaigned thereafter, he posted an admirable effort in defeat when third in the Group 1 Hong Kong Vase (a race which his dam won) to Highland Reel and Flintshire. He then gained that all-important Group 1 win in the Prix Ganay at four after a spell in Dubai and was nominated the top-rated older horse in France for that year.

A son of Shamardal (sire of Lope De Vega), he is from a top Aga Khan family and certainly has that “stallion’s pedigree”. He has four yearlings on offer at Arqana next week.