One for the ladies

This season has seen a surge in the fortunes of French sire Le Havre. He has amassed no fewer than nine Stakes winners already in 2019, which puts him among the top ten sires in the northern hemisphere by this measure. And, believe it or not, arguably his best performer is not even counted among the nine. Commes, a filly from his sixth crop, was desperately unlucky not to have got her nose in front in Sunday’s Group 1 Prix de Diane, having also run second in the Group 1 Poule d’Essai des Pouliches five weeks earlier. 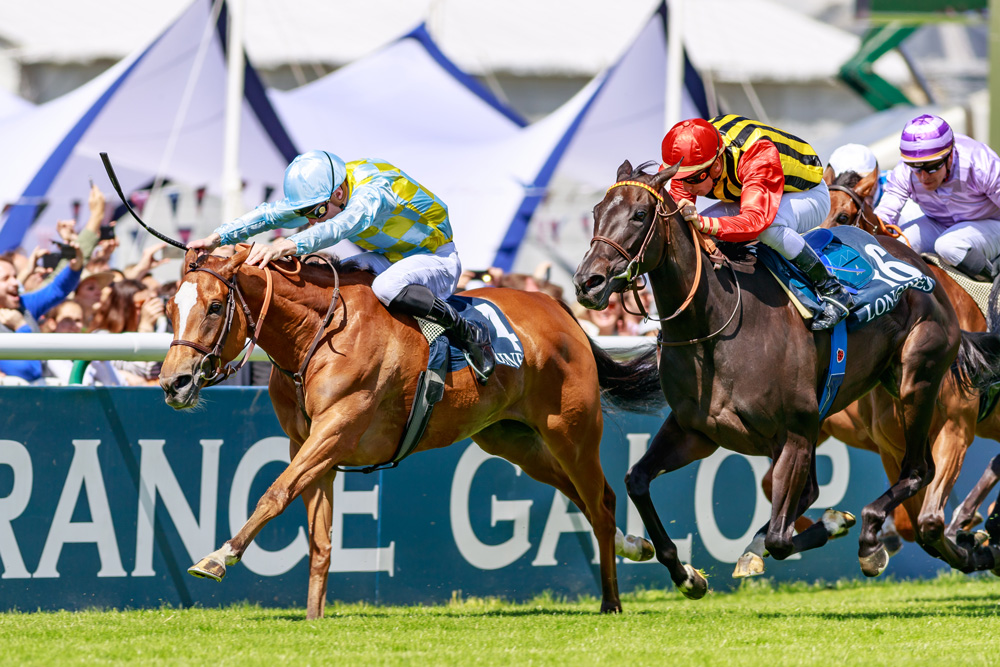 Commes was bidding to emulate another pair of Le Havre Classic winners in Avenir Certain and La Cressonniere, arguably the two best runners so far by their sire. Both took the Poule d’Essai des Pouliches-Prix de Diane double in stellar early three-year-old seasons.

Le Havre’s love affair with Chantilly was actually ignited during his own short racing career in which he won four of his six races, culminating with victory in the Group 1 Prix du Jockey Club. Rated 124 by Timeform, Le Havre was the best sired by the disappointing Rahy stallion Noverre, whose plentiful supply of runners yielded only 4.1% Stakes winners. He is from the immediate family of Pivotal’s sire Polar Falcon and further back there’s another French Derby winner in the family in the shape of Sassafras, the colt who brought an end to the unbeaten run of successes by Triple Crown hero Nijinsky in the Arc de Triomphe.

Though his sire was poor, Le Havre was a good-looking horse as his €100,000 yearling price tag suggests. All told, an as asking price of €5,000 for his first season at Haras de la Cauvinière (since renamed Haras de Montfort & Préaux) seemed reasonable, but wasn’t going to net him the best mares in the land. Then along came first-crop star Avenir Certain who remained unbeaten in six races to the August of her three-year-old campaign. Suddenly, the issue of a lack of quality among his mares was solved in one fell swoop.

Avenir Certain made Europe’s breeders sit up and take note, so in one sense, Le Havre’s stellar season was entirely predictable. No fewer than 11 of his 15 Group and Stakes horses this year are from the mares he covered in 2015 after Avenir Certain’s Classic-winning season. They include three-year-old French Group winners Roman Candle and Platane, plus Japan Group 2 scorer Pourville. As well as the unlucky Commes, Le Havre’s Motamaris was third in the Group 1 Prix du Jockey Club and another daughter, Olendon, was second in the Group 1 Prix Saint Alary.

It won’t have escaped your notice that Le Havre relies heavily on his daughters to build his burgeoning reputation. For the record, as many as 22 of his 30 Stakes winners are fillies. For an emerging sire, Le Havre’s percentage of Stakes winners (6.7%) is perfectly respectable and well in advance of the 4.5% strike rate recorded by his mares’ runners by other sires. What’s really noticeable though is the bias towards his daughters: they have a Stakes winner-to-runner percentage of 9.7% from mares that normally produce 4%. His colts and geldings on the other hand have a strike rate of only 3.6% from mares that are normally capable of 5.2%.

The task facing Le Havre now is to find some Group 1 stars from among his better bred crops. He’s come very close in the French Oaks, but breeders will expect a championship horse or two over the next few seasons. And a top colt wouldn’t go amiss either.