It’s nearly halfway through the season and time for Simon Rowlands to assess the leading two-year-olds to date.

Newmarket’s July Meeting, just completed, represents something of a watershed in the European flat season. The majority of the Classics have been run, and Royal Ascot is now behind us. Those Group races to have taken place have been almost exclusively for three-year-olds and older horses. From this point on, however, those age-groups will have to compete more obviously for attention with the emerging two-year-old crop.

There are, however, quite a few juveniles in Britain and Ireland to have staked claims already, in races big and small. My assessments – based on overall times adjusted for the sectionals which gave rise to them – have 35 two-year-olds on a figure of 100 or higher at this stage.

It is interesting to consider what they tell us, not just about the youngsters themselves, but about the stallions that have sired them. These are the leading dozen.

There is a healthy variety within the bigger group, with fully 28 sires represented by the 35 individual two-year-olds, and none more than twice. The seven stallions which doubled up are as follows:

Some familiar names are among the singletons also. There are reasons to regard 116-rated Pinatubo (by Shamardal) as the pick of the crop currently, following his clear-cut win in a Chesham Stakes run in a time not much slower than the following Jersey Stakes and with a sub-24.0s final 2f. 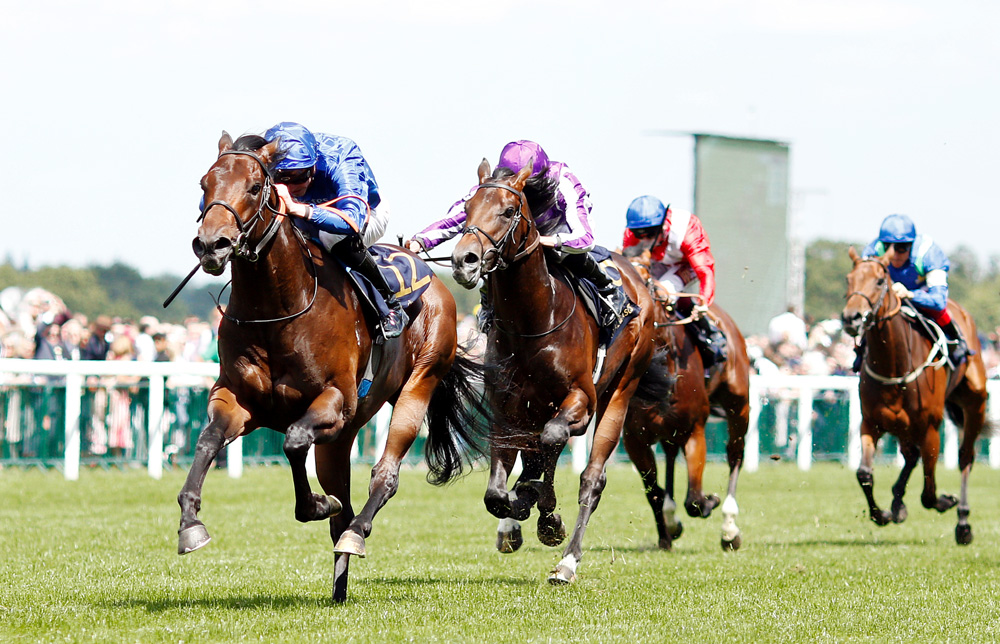 Shamardal’s son Pinatubo is currently the highest-rated 2yo following his record-breaking win in the Chesham Stakes at Royal Ascot.

Raffle Prize (Slade Power) not only won by a wide margin at Chester, and by a narrow one from Kimari in the Queen Mary Stakes at Royal Ascot, but smashed the track record in the Duchess of Cambridge Stakes at Newmarket, running a 112 timefigure which gets raised to 113 due to quite quick late splits.

Frankel is represented by Juan Elcano, who followed a minor Haydock debut win by running Mystery Power to a length in that Superlative Stakes, the time of which compares favourably with the good older-horse handicaps that followed.

The 109 rating and lofty position of Sunday Sovereign (Equiano) owes nothing to his performance at Royal Ascot, where he flopped as a short-priced favourite in the Norfolk Stakes, and everything to his beating Arizona at the Curragh, then running a fast time when winning by seven lengths at Tipperary.

Such elite performers are the tip of an iceberg, of course. A look at the leading sires by average best Timeform performance rating to date gives a rather different picture. Only sires with more than five individual representatives are shown, and a lower limit of 40 was set in order that averages would be meaningful. 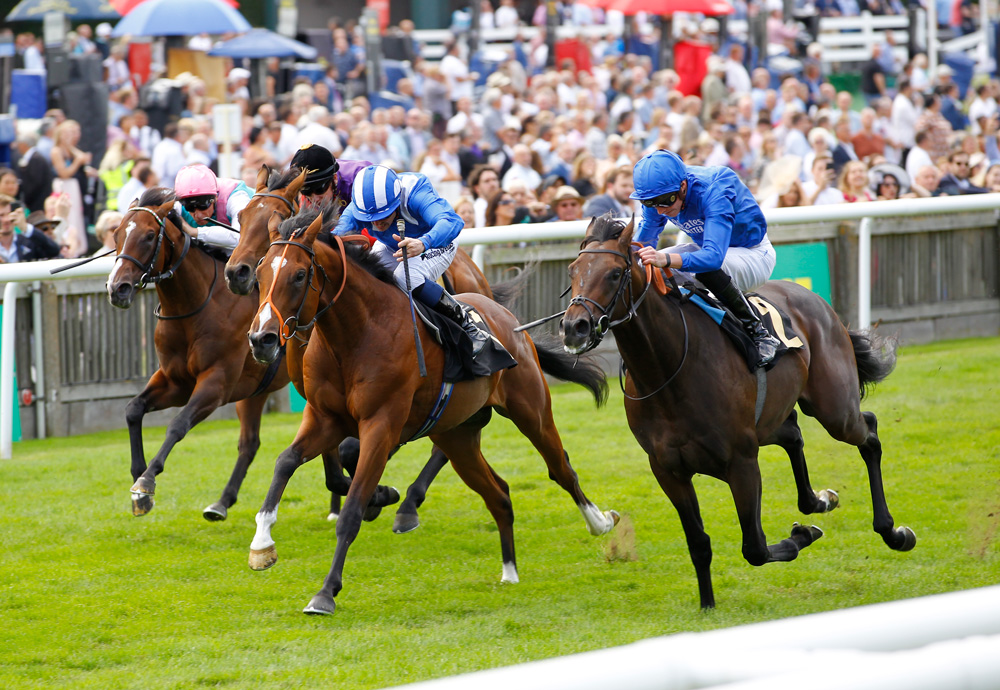 All of those juveniles are either useful or promise to be, especially the John Gosden-trained Tsar, who entered many a notebook after his fourth in a maiden at the Newmarket July Meeting. Al Madhar (by Siyouni), Al Suhail (Dubawi) and First Receiver (New Approach) were the three that finished ahead of Tsar that day, with all four comfortably breaking 34.0s for the final 3f. It is a race that could easily produce plenty of winners, and those are sires that could be more visible in the earlier list a few months from now.

There is much still to be played for.