It’s safe to speculate that Wootton Bassett’s best days as a sire are ahead of him. The son of Iffraaj has been immensely popular over the past three seasons following the racecourse exploits of his top-class son Almanzor. His stud fee rose from €6,000 in 2017 to €20,000 in 2018 and it escalated again to €40,000 for the past two breeding seasons. The upshot is that Wootton Bassett will have many more opportunities to produce another approaching the class of the Timeform 133-rated Almanzor in the coming years. And it certainly helps that breeders’ faith in him has been bolstered by the start to he’s made to the 2020 season.

Wootton Bassett has already posted three early season Stakes winners, more than any sire in France, and he’s also been represented by three individual Group 1 horses – again the most by any French sire. What’s particularly pleasing for his followers is that all six of his Stakes winners so far this year are from his current three-year-old crop, produced at a service of only €6,000.

€110,000 yearling purchase Waltham set the ball rolling in early March, winning the nine-furlong, Listed Prix Maurice Caillault. But May and June have proved very productive months for the former Richard Fahey trainee. Wooded, a €90,000 yearling purchase, was next up with his victory in the six-furlong Group 3 Prix Texanita, closely followed by The Summit, who relieved French Champion two-year-old Victor Ludorum of his unbeaten record in the Group 3 Prix de Fontainebleau. Better was to follow in early June as Wootton Bassett provided both second and third – Speak Of The Devil and Mageva – in the Group1 Poule d’Essai des Pouliches, while The Summit was runner-up to Victor Ludorum in the colts’ equivalent. 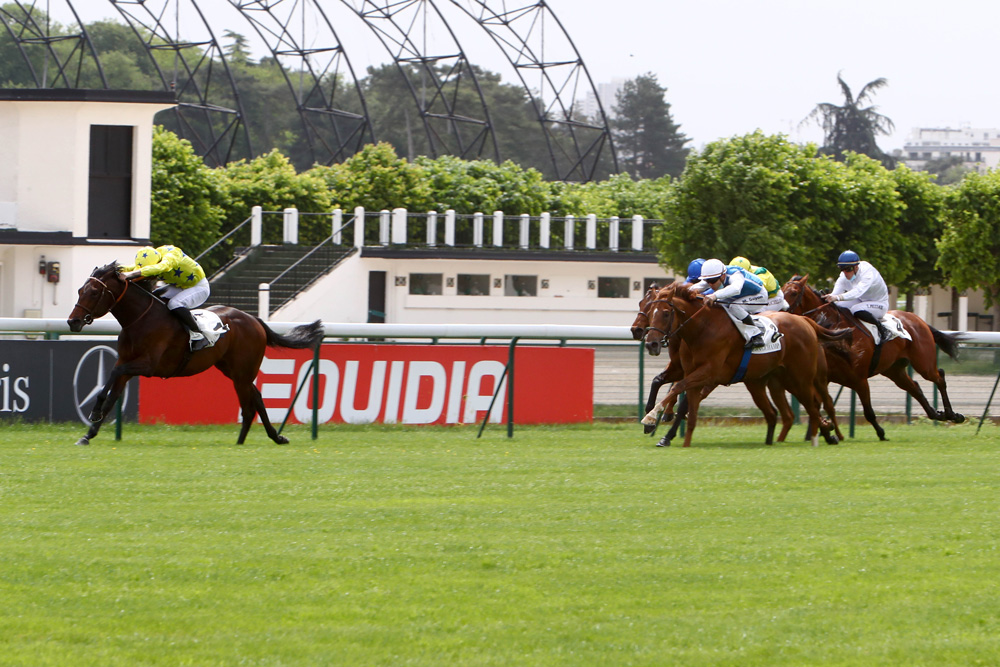 The Summit brings Victor Ludorum's unbeaten run to an end in the Prix de Fontainebleau. He later finished second behind the same horse in the Group 1 Poule d'Essai des Poulains.

Wootton Bassett was one of a record-breaking 38 winning two-year-olds in the first crop Darley’s Iffraaj and he may well be the best sire in his family since Key To The Mint, who sired 47 Stakes winners. He went unbeaten in all his five races at two staring off in June, but still hadn’t contested a black-type race until he took the Group 1 Prix Jean-Luc Lagardere on his final start in October. Timeform assessed him at 119p, behind only Frankel (133p), Dream Ahead (128) and Hooray (121) among European two-year-olds.

Wootton Bassett failed to fire on this three-year-old debut in the French Guineas behind Tin Horse, whom he’d easily handled on his previous trip to Longchamp. Then he came up against Frankel in the St James’s Palace Stakes at Royal Ascot, but was again lackluster, beating only two home. Not even a lengthy break revived his fortunes and he was done after another two races.

Retired to Haras d’Etreham at a fee of €6,000, Wootton Bassett wasted no time in making the breeding world sit up and take note. His first crop featured the outstanding Almanzor, a colt who’s cost €100,000 as a yearling, and who, after his third place finish in the Group 3 Prix de Fontainebleau, remained unbeaten in his remaining five races as a three-year-old, winning the Group 1 Prix du Jockey Club, and both the Group 1 Champion Stakes and Irish Champion Stakes. He defeated stellar fields at Leopardstown and Ascot, twice proving too good for the brilliant Found. So, it no wonder Almanzor’s been one of the most desirable commercial stallions standing alongside his sire at Etreham, where he’s just completed his third season standing at €35,000. 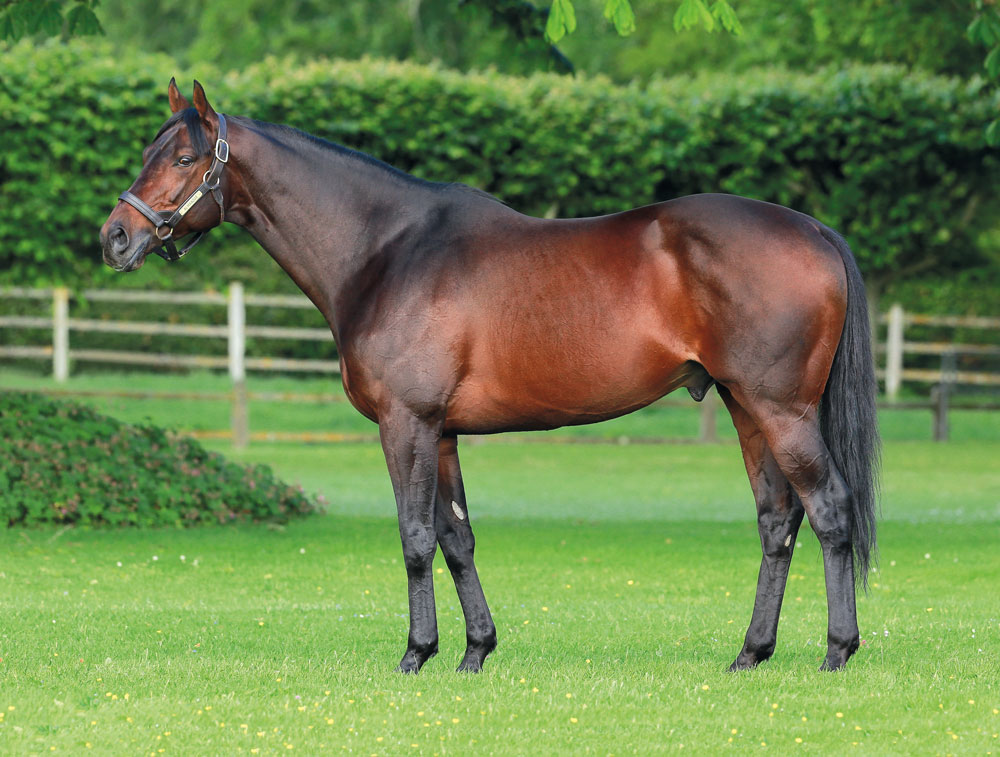 The triple Group 1 winner Almanzor, who stands alongside his sire at Haras d'Etreham, has his first yearlings in 2020.

Wootton Bassett has sired ten Stakes winners so far, which make up 5.5% of his runners and although this may seem an unspectacular return, it is still ahead of what his mares have produced when mated with other sires. His strike rate is almost identical to Iffraaj’s 5.4% and his best horse is better than anything his sire has managed so far. His ability to improve his mares is also evident when you consider that he’s siring 24% Stakes horses to runners from the small group of elite mares he’s covered, again way ahead of expectations. This may be significant as his better-bred crops start to compete this year. Based on what he’s achieved so far and how breeders have reacted to that success, we can expect to hear lots more from Wootton Bassett in the coming years.