The most successful Breeze-Up sire in recent years should again prove popular with buyers this Spring, says John Boyce.

In 2019 almost £43 million was spent at the breeze-up sales. And while this makes up only 13% of the £330 million paid for yearlings in Europe last year, it’s a very important market for the buyers and sellers involved.

In the past five years, the main sales have uncovered eight Group 1 winners, three of them – La Pelosa, War Of Will and Channel – from the 2018 sales. By far the best graduate since 2015 has been Showcasing’s ultra-fast daughter Quiet Reflection who was sourced from Doncaster for a bargain £44,000 and went on to earn a Timeform mark of 126. The eight Group 1 winners since 2015 cost their new owners an average price of just £111,214, a bargain when you consider that the 51 Group winners from these sales cost an average of £134,366.

It’s a close-run race between the Craven and Arqana breeze ups when it comes to quality. The Craven has produced 57% winners in the period – the same as Doncaster incidentally – marginally ahead of Arqana’s 53%. That said, Arqana graduates have been more likely to become Stakes horses, featuring 53 (10.6%), compared with the 44 (10%) from the Craven sale. Doncaster graduates feature 42 (7%) Stakes winners and Goresbridge 30 (4.3%). Arqana’s ability to find Stakes horses is all the more commendable, given its average price of £101,131, compared with the £130,460 of the Craven breeze up. 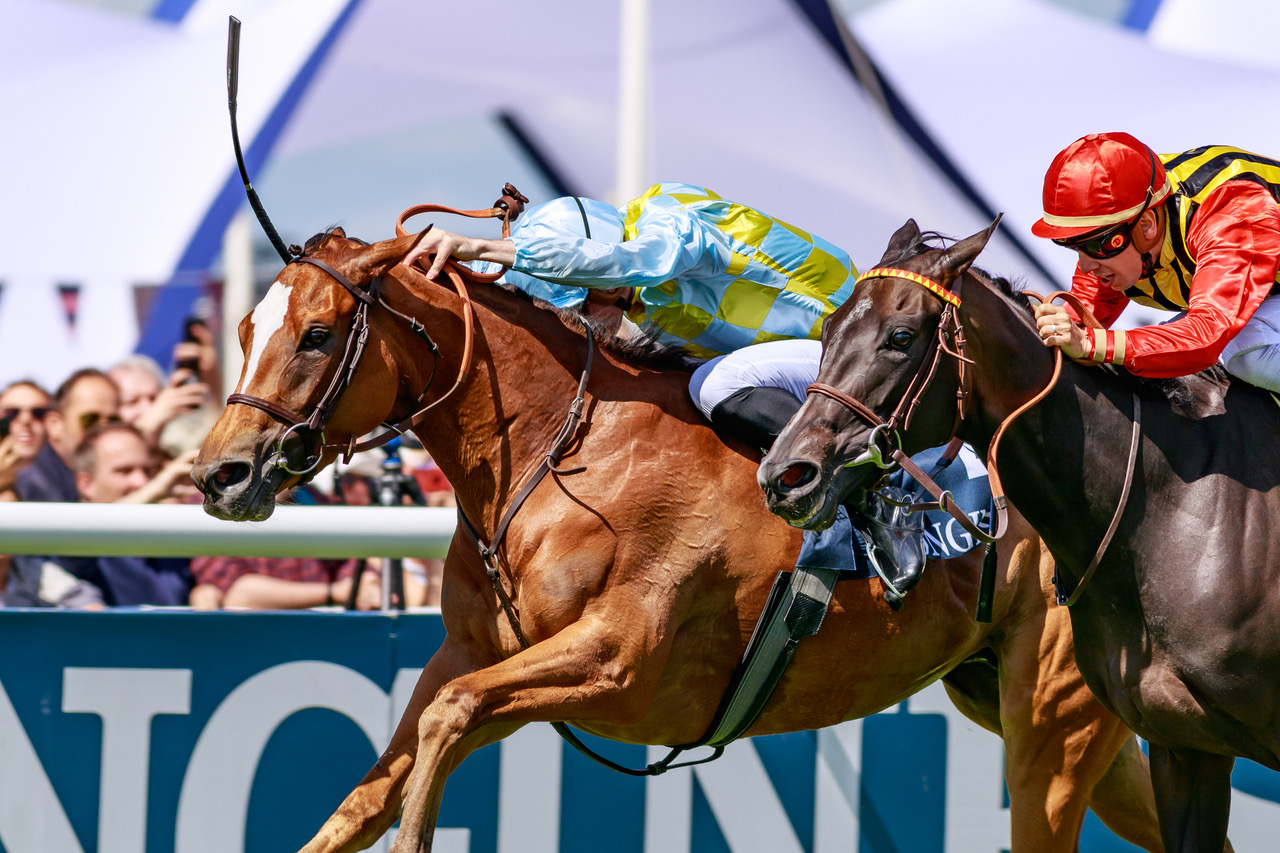 The breeze ups are quite important too for many stallions, none more so than Kodiac, the stallion of choice for vendors and buyers alike. In the five years since 2015, 139 Kodiacs have been sold at the main ready-to-run sales in Britain, Ireland and France. That’s 70 more than the next most represented sires Dandy Man and Zebedee. And there will be more on offer this spring.

The ready-to-run sales are clearly a good place to find a Kodiac. His 11 Black-Type winners since 2015 have cost on average a shade over £119,000 and include the likes of Group 2 winners Ardad (£170,000), Prince Of Lir (£170,000) – both now stallions in their own right – and Fox Champion (420,000gns). Showcasing, the sire of Quiet Reflection, and Siyouni, responsible for Overbury stallion Le Brivido, are the next best with four Black Type winners apiece. Zoffany has had three, followed by a host of sires with two apiece. 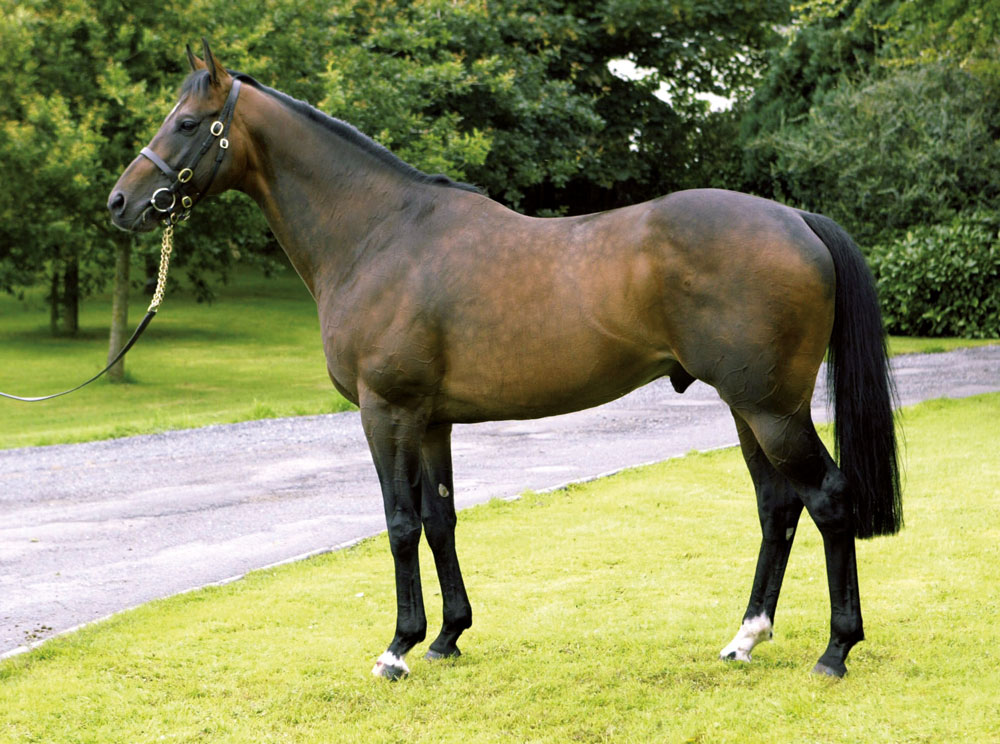 Kodiac’s 2yos have proved particularly successful for buyers at the Breeze Up sales since 2015, with 11 of his progeny going on to earn Black Type.

Everyone is aware of the rags-to-riches story of Kodiac, the Group 3-placed three-parts brother to Invincible Spirit out of Group 1 Prix de Diane heroine Rafha. Rated only 112 by Timeform, Kodiac has always attracted plenty of mares. In fact, only in year three of his 13 years at stud did he ever dip below 100 mares and he’s served an average of 223 for the past six seasons.

But early on, there was never much quality to his books. His first four contained only ten elite mares. His next four had 70, but since then he’s covered 316 elite mares, an average of 63 over the past five seasons. That’s how popular he’s become over the years. He’s just edged past 1,000 runners and his 54 Black-Type winners give him a strike rate of 5.3%, which is unquestionably low for a €65,000 stallion.

Again his early poorly bred crops will always act as an anchor on his career stats. But a more relevant picture can be gained from looking at what he achieves with good mares, particularly as more and more of his future runners will have better pedigrees. Remarkably, only a tenth of his runners so far are from mares that can be classified as elite, but he’s sired 9.2% Black-Type winners from these, which is more like what we ought to expect over the next few years.

His best ten runners have an average Timeform rating of 120.4, which is 3lb per horse below what the very best achieve, but again a perfectly respectable score for a sire who had such humble beginnings. There is also variety among his very best, ranging from Group 1 Cheveley Park-winning daughters Tiggy Wiggy and Fairyland to miler Kodi Bear and mile-and-a-half star Best Solution. There’s clearly a different air of expectation for Kodiac nowadays, so some more well-performed breeze up graduates wouldn’t go amiss.

We can of course expect a changing landscape. No Nay Never and Kingman have already had their first Stakes winners from the breeze up sales, as have young sires Outstrip and Due Diligence.  It is the likes of these two latter inexpensive sires that can gain traction in the breeze up market as their progeny are not too expensive and they also have the added benefit of a strong start to their stud careers.

GROUP WINNERS SOLD AT THE BREEZE UPS SINCE 2015