Arctic Tack resident Jet Away has made an auspicious start to his stud career, says Adam Potts.

It takes a while for National Hunt stallions to establish themselves, their stud fees often peaking in the latter years of their career. When breeders get a first glimpse of their four-year-old runners, they are already into their fifth covering season, with few runners to judge from.

The point-to-point field has long been a primary source of unearthing the future stars of the National Hunt. With the rise in quality of horses going point-to-pointing at four and five, a win ‘between the flags’, combined with a high-profile transaction, can really boost a young stallion’s profile.

Jet Away achieved just that during the few months of racing we’ve had so far this year, landing three winners in a short space of time with his first crop. They were headed by the filly Brandy Love, who strode away impressively at Cragmore when beating the geldings. This led to Harold Kirk and Willie Mullins stretching to £200,000 to acquire her at the subsequent Tattersalls Cheltenham February Sale.

“You couldn’t be happier with what Jet Away has done so far,” said Eoin Banville of Arctic Tack Stud, where the horse stands. “He’s exceeded what we were expecting. Brandy Love had a bit of pedigree which helped her achieve what she did, but she nevertheless looked very impressive.” 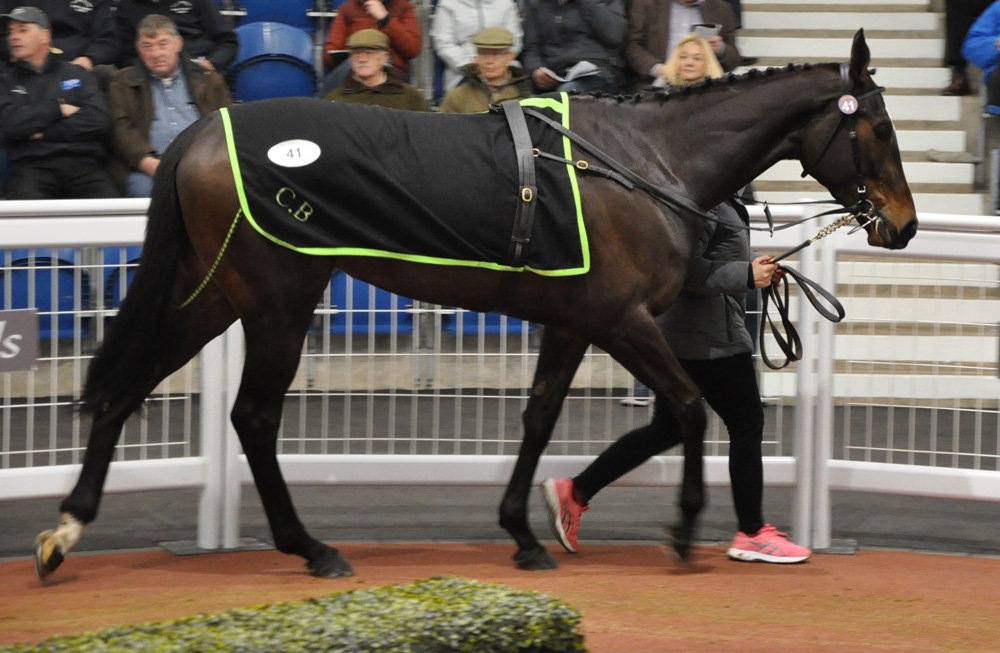 Jet Away’s daughter, Brandy Love, who topped the sale at Tattersalls Cheltenham February Sale when knocked down to Harold Kirk and Willie Mullins for £200,000.

Adding to Brandy Love’s success was Supreme Jet, who won the four-year-old maiden at Oldtown – a race with an illustrious roll of honour including Asterion Forlonge – while his other winner, Bring The Action, scored at Tinahely for Denis Murphy. All three of these Jet Away winners earned a P2P rating in excess of 90.

Prior to his immediate impact on the racecourse, Jet Away’s stores had also been well received, selling for up to €60,000. Purchasers included Monbeg Stables (who bought his most expensive store); Joseph O’Brien; Harold Kirk and Willie Mullins, and Aidan O’Ryan and Gordon Elliott. His geldings averaged nearly €22,000 – pleasing results from a sire whose two years with a public fee were €1,500 and €1,600 respectively.

One would think his 17 stores catalogued so far this year should be popular but, as Banville points out, how the sales will go in the current climate is uncertain. Among those to be offered is a half-brother to Grade 3-winning novice chaser Zero Ten, bound for the rescheduled Land Rover Sale, while his lots catalogued for the Derby Sale include a half-brother to prolific multiple Graded chase-winning mare Westerner Lady.

“The background of the store sales this year will be the coronavirus, whichever way you look at it. It’s going to affect things. How bad? I don’t know. It’s just all up in the air.

“I’d seen some of those bound for the store sales before the coronavirus outbreak and they are nice types of horses. You’d like to think they’d have sold very well but circumstances have changed, unfortunately.”

In spite of these changed circumstances, Jet Away has been in vogue – helping his current book of mares to still reach a plentiful number even in this arduous economic climate.

“He’s covered some good mares this year, including the dam of The Game Changer. He has over 150 covered at the moment and there’s still a good bit more of the season to go. He’s been busy all the time, from when he retired to stud until now. I think his lowest book of mares was around 140 – good figures, especially doing it in his second, third and fourth years, which can be tough years for a young sire.

“He has soldiers on the ground and that is his plus. There’s nothing as bad as having a few winners and then no runners to come along after, as people tend to forget quickly. He hasn’t got that. Obviously, the breeders were content to use him all along as they were happy with the stock they got.”

A 114-rated performer for Sir Henry Cecil, Jet Away progressed from year to year, winning the Listed Festival Stakes at Goodwood, beating subsequent Melbourne Cup winner Fiorente. In fact, Jet Away followed in Fiorente’s footsteps by moving to Australia as a six-year-old, where he won at Group 3 level in the Easter Cup and finished a close fourth in the Group 1 Caulfield Cup. 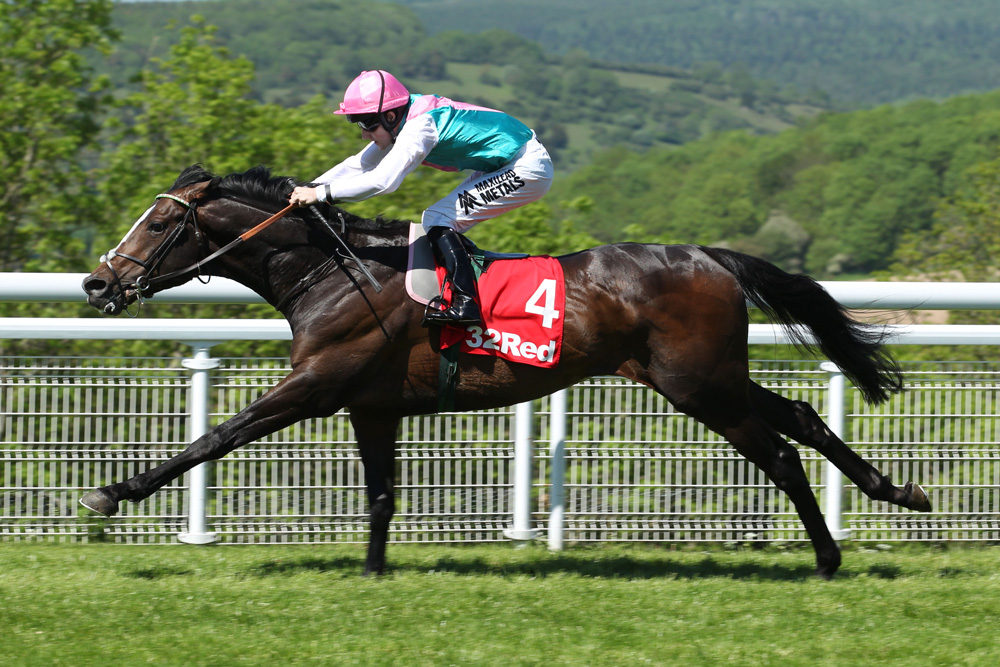 Jet Away strides away to win the Listed Festival Stakes at Goodwood, beating subsequent Group 1 Melbourne Cup winner Fiorente by two and a half lengths.

By Cape Cross, the sire of Sea The Stars, Golden Horn and Ouija Board, Jet Away is from a star-studded Juddmonte family. His dam, Kalima, is a full-sister to Juddmonte’s blue hen Hasili, one of the greatest broodmares of all time. Among Hasili’s five Group 1 winners were the top sire Dansili and Champs Elysees, who was in the process of becoming a dominant National Hunt stallion before his untimely death. Jet Away’s suitability for breeding jumpers is further enhanced by his dam being a half-sister to Kerawi, who won the Grade 1 Christmas Hurdle for Nigel Twiston-Davies.

“I suppose there’s a gap in the market for a young sire to do something a bit different,” Banville said. “He probably has done it. People seem to have latched onto him fairly well and he’s an outcross too, which is a big plus. He’s got a stallion’s pedigree and it looks like it’s coming through at the moment.”

Alongside Jet Away on the Arctic Tack Stud roster is Ol’ Man River, a son of Montjeu out of dual Guineas winner Finsceal Beo and a €2.85 million yearling. A Group-winning juvenile who was rated 113 and a leading fancy for the 2,000 Guineas, Banville is happy with how his charge is faring at this early stage.

“Ol’ Man River’s first crop are two years old and I couldn’t be more delighted with his foals. He’s covered his share of mares. He recently covered the dam of Grade 1 winner Hardline and he’s also sired a half-brother to Grade 2 winner Emitom. I’m quite happy with him at the moment.

“Aizavoski is also here but unfortunately his fertility has deteriorated, just as he was gaining traction. That’s the way it goes but it just isn’t high enough to stand him publicly any more.”

The standard of point-to-points is at an all-time high, which makes Jet Away’s achievement in such a short space of time all the more notable. There is also plenty of ammunition for the sire set to be unleashed in the autumn.

With flights currently curtailed worldwide due to the global pandemic, the only jet we may be allowed to use in 2020 is Jet Away!