The Soldier who’s earning his stripes

Hailing from an illustrious “Blue Hen” family and with 37 Stakes winners to his name already, Soldier Hollow is steadily climbing the ranks of top sires to have stood in Germany. By John Boyce.

The influential mare Thong set the European breeding industry on its current trajectory in the late 1960s and early 1970s. Her first three foals all by Argentinian champion Forli – born in 1969, 1970 and 1971 – were Special, who produced Nureyev plus the dam of Sadler’s Wells; Thatch, the three-year-old who set the summer of 1973 alight with consecutive victories in the St James’s Palace Stakes, July Cup and Sussex Stakes, and Coronation Stakes heroine Lisadell. Special needs no introduction and Thatch was the first stallion, way before Sadler’s Wells, from the Thong family to stand at Coolmore, from where he achieved reasonable success, siring fellow July Cup winner Thatching.

Lisadell, meanwhile, has carved out her own niche down through the years. There have been 431 Lisadell descendants that have made the racecourse and 32 of them have become Stakes winners. Her most famous descendant is the brilliant Japan Cup victor El Condor Pasa, rated 136 by Timeform after he’d finished second in the 1999 Prix de l’Arc de Triomphe. But another has been doing sterling work in Germany since he retired to stud in 2008. Soldier Hollow with a Timeform rating 121 was one of the better descendants of Lisadell, winning 12 of his 31 races from the age of two to seven, including two renewals of the Group 1 Premio Roma and two of the Group 1 Bayerisches Zuchtrennen, both over a mile-and-a-quarter. 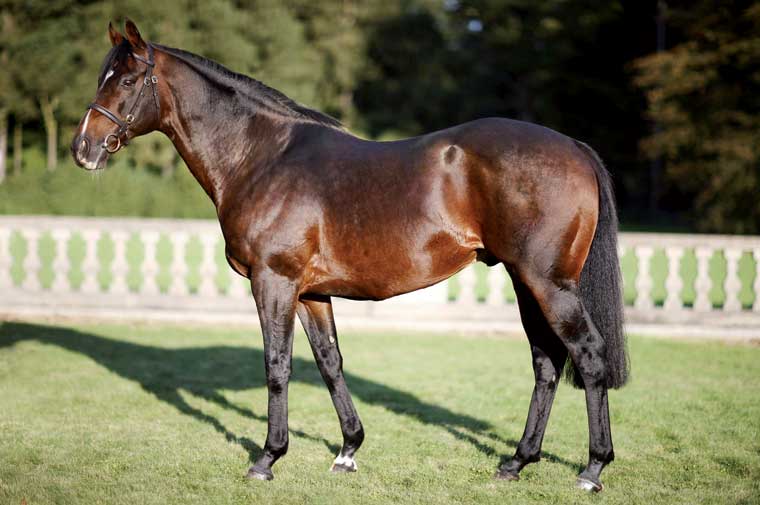 Soldier Hollow, who stands at Gestüt Auenquelle at a fee of €30,000, has sired five Group 1 winners to date.

As a male-line descendant of Sadler’s Wells through In The Wings, Soldier Hollow is one of 140 Stakes winners inbred to Thong within five generations. Now with nine crops at the races, Soldier Hollow has proved himself to be a stalwart of the Germany breeding industry. He has sired more Stakes winners (37) than any sire retired to stud in Germany this century. He currently has only seven great German sires ahead of him in the all-time Stakes-winner list and he’s got every chance of overhauling three of them – Areion (44), Surumu (46) and Dashing Blade (54) – in the foreseeable future. But it’s hard to see him running down Acatenango (72), Big Shuffle (73) and the outstanding Monsun, who had no fewer than 113 Stakes winners to his name. Nevertheless, 37 Stakes winners is an impressive tally. 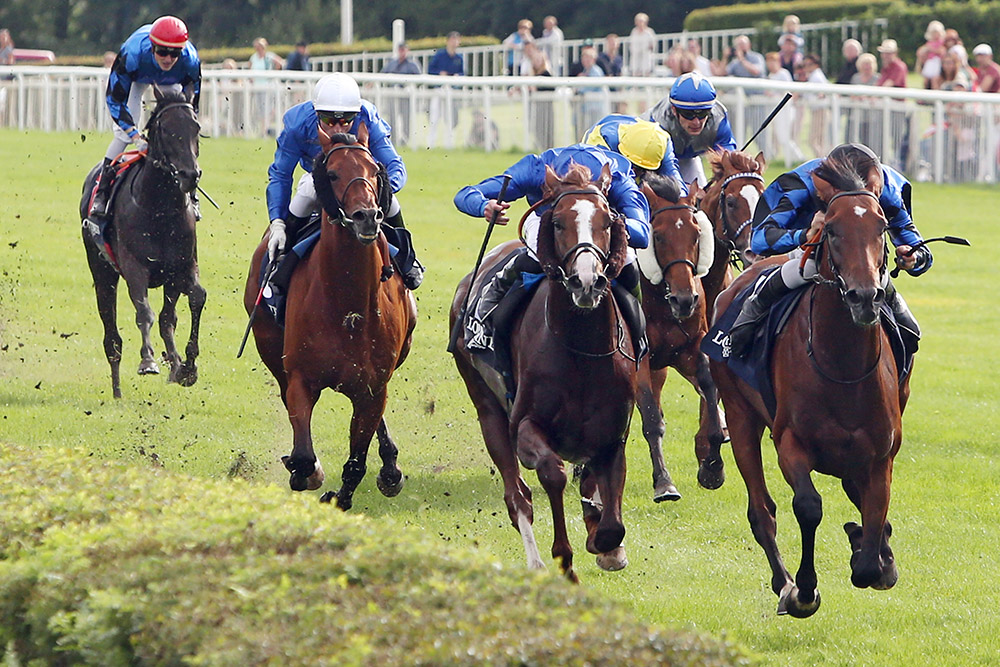 Timeform has already given a higher mark to three of Soldier Hollow’s offspring than they gave to him. First-crop star Pastorius, rated 124, won three times at the highest level, taking back-to-back Group 1s – the Germany Derby and Grosser Dallmayr Preis – as a three-year-old, before following up with a victory in the Group 1 Prix Ganay a year later. Second-crop star, Ivanhowe rated 123, won the Group 1 Grosser Preis von Baden and Group 1 Grosser Preis von Bayern over a mile-and-a-half as a four-year-old before moving to Australia, where he picked up another two Group 1s, the Doomben Cup and Ranvet Stakes, both over 2,000m. But perhaps the best of all Soldier Hollow’s progeny is the 125-rated Dschingis Secret, who took time to reach his full potential as a four year-old during when he took a three-race winning streak – the Group 2 Grosser Hansa Preis, the Group 1 Grosser Preis von Berlin and the Group 2 Prix Foy – into the 2017 Prix de l’Arc de Triomphe where, in a stellar field, he finished sixth to Enable.