Flat and National Hunt stallions rub shoulders at the Gloucestershire stud, but for now, it’s the exciting first crop sire who’s capturing the headlines. Stud Manager Simon Sweeting explains to Carl Evans why he thinks things can only get better for the son of Kodiac. 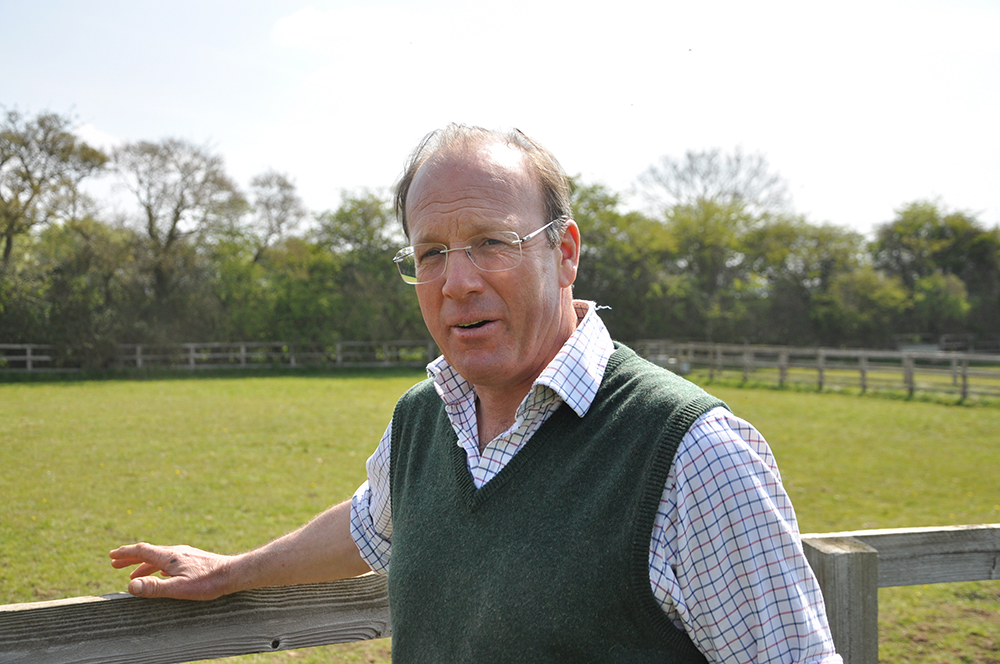 You could forgive Simon Sweeting for printing a table of the leading sires of 2yos in Europe and giving it pride of place on his mantlepiece.

There, in pole position, is Ardad, who stands at Sweeting’s Overbury Stud in Gloucestershire and who has made the kind of rapid start with his first crop that would do credit to any nouveau sire. Statistics change daily, but as the first weekend of May opened Ardad had sired four winners from eight runners. They had collected five wins from 12 starts, a tremendous entrée, not least when you consider that a 50 per cent strike rate put him ahead of his sire Kodiac and also a key rival for first-crop honours, Caravaggio, who has likewise made a worthy start.

The last-named, a son of Scat Daddy and standing at Coolmore Stud when making his covering shed debut, is likely to take high order among the newbies, but in his first two seasons he stood at a fee of €35,000. Ardad was available at £6,500, which dropped to £4,000 for this season – get in while you can, for the price is unlikely to last long.

Sweeting says: “I hope there’s a lot more to come. He produced good-looking foals who were not hugely appreciated at the foal sales – they sold okay, but not amazingly – but his first yearlings sold a lot better. The first vibes started coming in May last year when Tattersalls started yearling inspections and we received a phone call from [auctioneer] Ollie Fowlston, who said ‘I can’t believe the Ardad yearlings I’m seeing – this is my tip for the top horse’.

“There was some attractive stock at the yearling sales and some of them made pretty good money, but the cheaper horses are the ones that have run so far. The higher-priced ones are still to come, so that gives me hope for further success.

“From talking to trainers they seem to love them. They are straightforward, they do their work, the eat their food, they get on with it. Mick Easterby has five by Ardad and he describes them as ‘sober’ – they don’t get hot, they don’t worry, they are not stupid. That is half the battle.”

Ardad was bred by the O’Callaghan family of Tally-Ho Stud – which is home to his sire – out of the Red Clubs mare Good Clodora, who achieved nothing on the racecourse. However, as a half-sister to the very smart and quick Ruby Rocket – dam of the ultra-tough Group 1 winner Maarek – and to the winning two-year-olds Alexander Alliance and Inzar’s Best, she was well worth a try at stud. 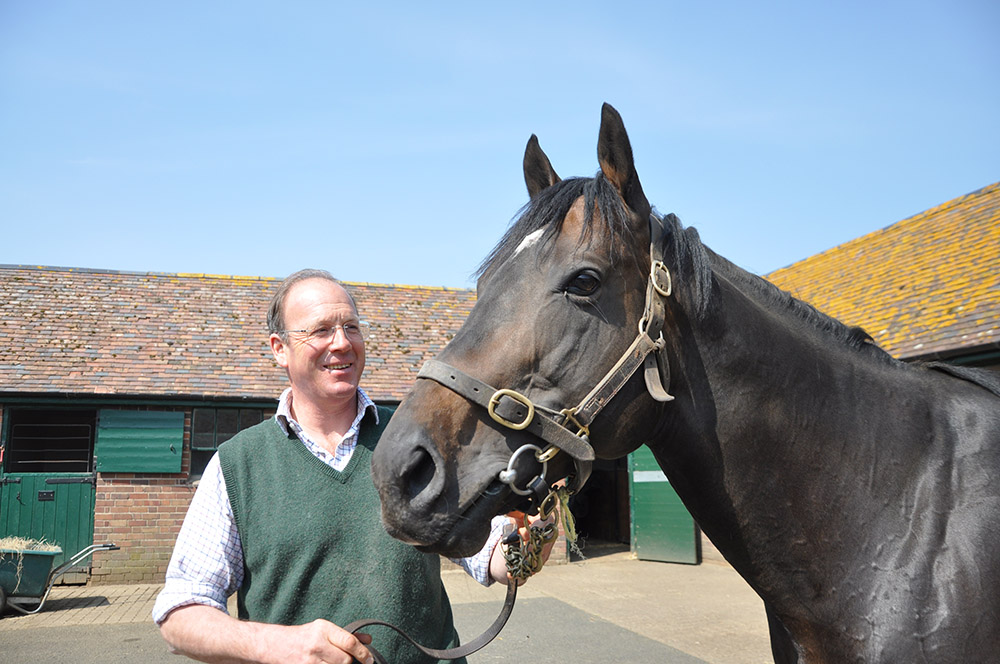 Ardad’s dam is half sister to the ultra-tough, Group 1 winning sprinter Maarek

Ardad, her first foal, was good-looking and breezed well, catching the eye at the 2016 Goffs UK Breeze-Up Sale where he was knocked down to Blandford Bloodstock’s Richard Brown for £170,000. Sent into training with John Gosden to run in the colours of Abdullah Saeed Al Naboodah, he won a Yarmouth novices’ race followed by the Listed Windsor Castle Stakes at Royal Ascot. Later in his two-year-old season he added the Group 2 Flying Childers Stakes to his haul, but after three unplaced starts at three he was retired to Overbury Stud, and has 80 to run this year.

Asked if the early success has led to late bookings, Sweeting says: “Yes it has. People often keep a mare back to see who is doing well, and this year it is understandable that people have waited because of Covid lockdowns and travel restrictions. Ardad has made a mark and so is an obvious one for such mares, and most people will be betting his fee will go up – I’m not saying it will, but it might.

“Pleasingly we are not only getting bookings we are getting better mares. I’m hoping he will cover 125 this year.”

Brown, who bought Ardad at two, was also instrumental in the decision to send him to Overbury. Sweeting says: “We do a lot with Richard, who bought Cityscape for me and also Le Brivido. Ardad was a fast horse, but Bertolini who used to stand here was a similar type.”

LOOKING FOR THE NEXT KAYF TARA

Overbury Stud is not pinning hopes on just one promising young stallion, for other residents include the superbly-bred Frontiersman – a son of Dubawi out of Ouija Board – and Jack Hobbs, a sire who carries a good deal of expectation for the jumping fraternity. 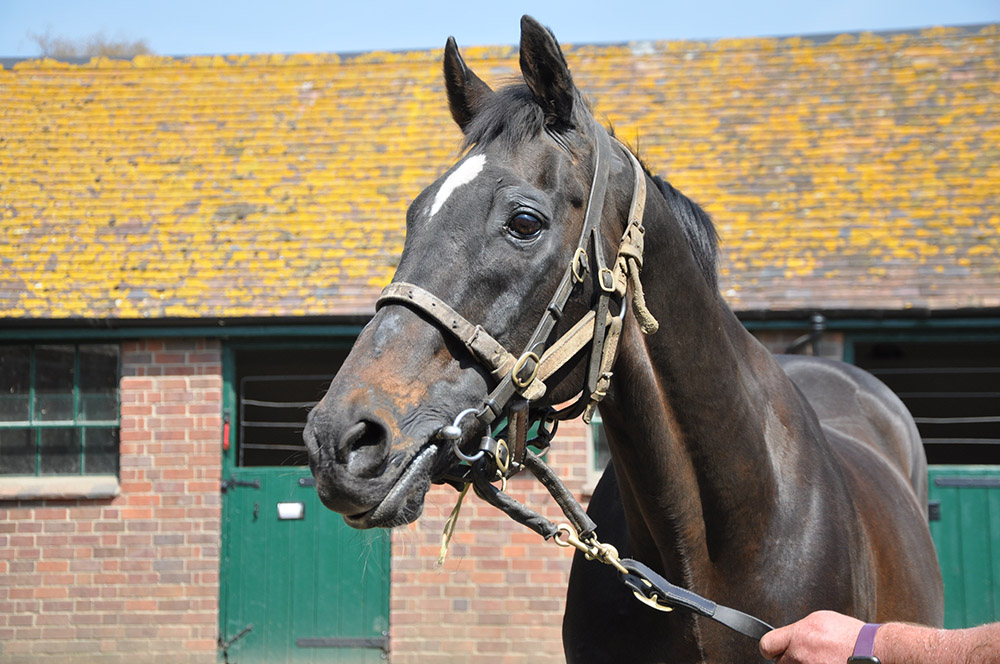 Jack Hobbs, a most imposing son of Halling, and with a CV that includes a runner-up spot in the Group 1 Derby and victories in the Group 1 Irish Derby and Group 1 Dubai Sheema Classic, is now a nine-year-old whose oldest progeny are aged two. He and Frontiersman have followed the same path from Sheikh Mohammed’s Godolphin operation to Overbury, as did another resident, the jump stallion Schiaparelli (Monsun), whose best foal, Ronald Pump, was again placed in a Group 1 hurdle at Punchestown last week. The roster is completed by Cityscape (Selkirk), a Juddmonte-bred half-brother to sire Bated Breath.

The jumpers among the quintet have big shoes to fill following the retirement at 27 of Kayf Tara, a champion in Britain, and now taking life easy at Overbury.

Sweeting says of Jack Hobbs: “We love his first crop and plenty of people have said the same. He’s covered plenty of the ‘elite’ mares – he has a great chance.”

Interestingly Sweeting is not sold on the idea of copying the French model by holding two-year-old store sales – which would give traders an early taste of a young jump stallion’s stock – and racing them earlier. He says: “I know people are in favour and David Futter (Yorton Farm Stud) is leading the charge. I can see the reasons, but I would be nervous of a high attrition rate. There would be positive results, but are the Brits tough enough if things go wrong?

“I can see it would help a young sire to get their stock out earlier, but if their best progeny goes wrong and doesn’t reach the track it’s a setback. It needs more thought. Our homebred stores have a prep as if going to the sales when foals, then a mini-yearling prep and then Martin Jones breaks them in at two. They go to him for four to six weeks in late winter, then come home, then go back to him and they do that until ready to go into training.

“In other words they are not just standing in a field through their early years, but they are at little risk.”

It will be fascinating to see how Jack Hobbs’ first crop is rated when appearing at next year’s store sales, and Sweeting says they are numerous enough to have impact. 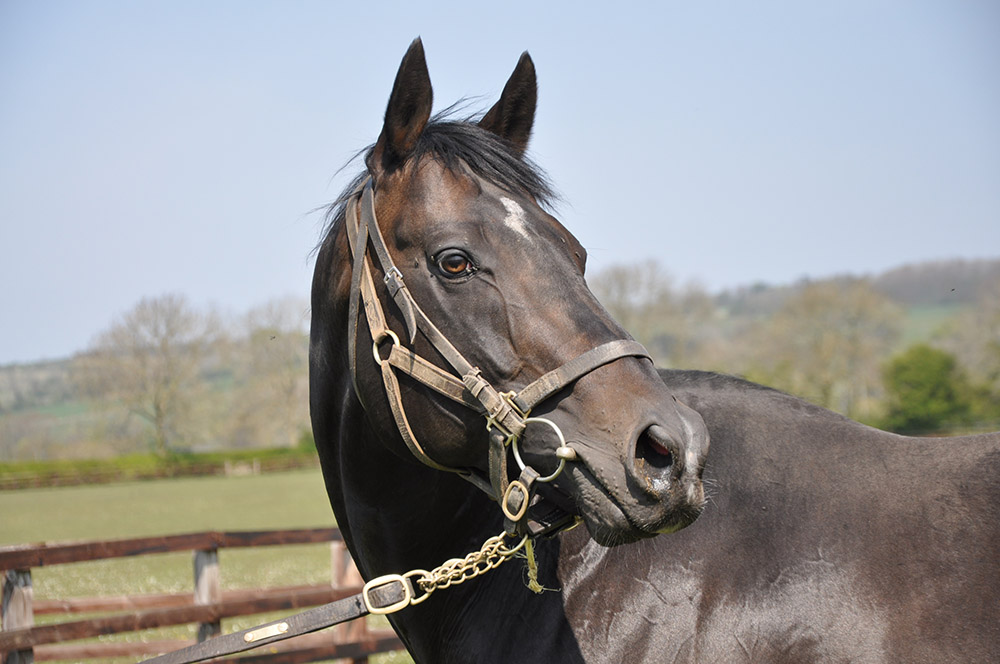 Frontiersman’s pedigree would impress any mare owner, and Sweeting says: “He has attracted enough good mares to have a real chance, and his foals are stunning. We own Rosita Bay, the dam of Thyme Hill (trained by Philip Hobbs to win the recent Group 1 Ryanair Stayers’ Hurdle at Aintree) and she had two Jack Hobbs foals, but when we saw the first Frontiersmans we switched her to him.”

THE COST OF BREXIT

Sweeting does not sense that Covid and Brexit have affected the movement of Flat mares to studs in and out of Britain, although he believes it is a different story for jumping mares, saying: “Brexit has trebled the cost of transport to Ireland, and it’s now £1,500 one way, so if you are sending a mare to a €6,000 stallion it doesn’t make economic sense to add an additional 50 per cent cost.”

He is sure Covid affected the position for the Group 1 Poule d’Essai des Poulains runner-up and Group 3 Jersey Stakes winner Le Brivido, a son of Siyouni who resided at Overbury in 2020, but stayed just one season before moving to France and a place at Haras de la Haie Neuve. Sweeting says: “We had a lot of French mares booked to Le Brivido last year and their owners decided not to travel them. That knocked his numbers and so we moved him to France where he is effectively having another first season. So far, so good, and the foals he has sired are good. I don’t know why British breeders couldn’t get their heads around him – he is a son of the best young sire in Europe and he was inches from winning a Classic. He’s good looking and there is every reason to think he will be a success.

“Apart from him I don’t think Covid is having too much impact on us now, although Brexit is more challenging.”

He has no plans to divide Overbury into separate Flat and Jump divisions, saying “they are all horses” and adding: “More and more people walk mares in these days. When we started in 2000 two thirds of the mares boarded here, now three-quarters walk in – there has been a complete flip. The small two-horse box has made it very easy to move horses around and people have worked out they don’t need to pay you to do a job they can do themselves. I think it’s healthier for a horse to remain in their own herd, rather than being moved from one to another.”

His own broodmare band is expanding, some in partnerships and predominantly on the Flat side. “There’s no formula, we just look for mares we think are value,” he says. “Recently, with help from Richard Brown, we have been buying mares who have had a few foals, not had a spectacular winner but we think there’s still an upside. That appears to be an area where there’s still value – maiden mares are very expensive.

“We can’t afford to buy mares specifically for one of our stallions, but if Ardad does like his dad I might be in that position in a few years’ time.”