There’s no doubt that Japan has come of age as source of top-class international middle-distance thoroughbreds. In little over six months, Japan-breds have enjoyed Group 1 successes at the Breeders’ Cup with Marche Lorraine in the Distaff and Loves Only You in the Filly and Mare Turf, and then followed up in December with victories by Glory Vase and Loves Only You, again, in the Hong Kong Vase and Hong Kong Cup respectively.

When northern hemisphere international racing took off again in Dubai in March, Japan-breds secured victories in the Dubai Turf through Panthalassa and Shahryar in the Dubai Sheema Classic. And just to underline the international nature of its success, Japan was also responsible for the Group 1 Australasian Oaks heroine Glint Of Hope in April. And let’s not forget either the Aidan O’Brien-trained Snowfall, who carried the Japan suffix to victory in the Epsom, Curragh and Yorkshire Oaks last season. 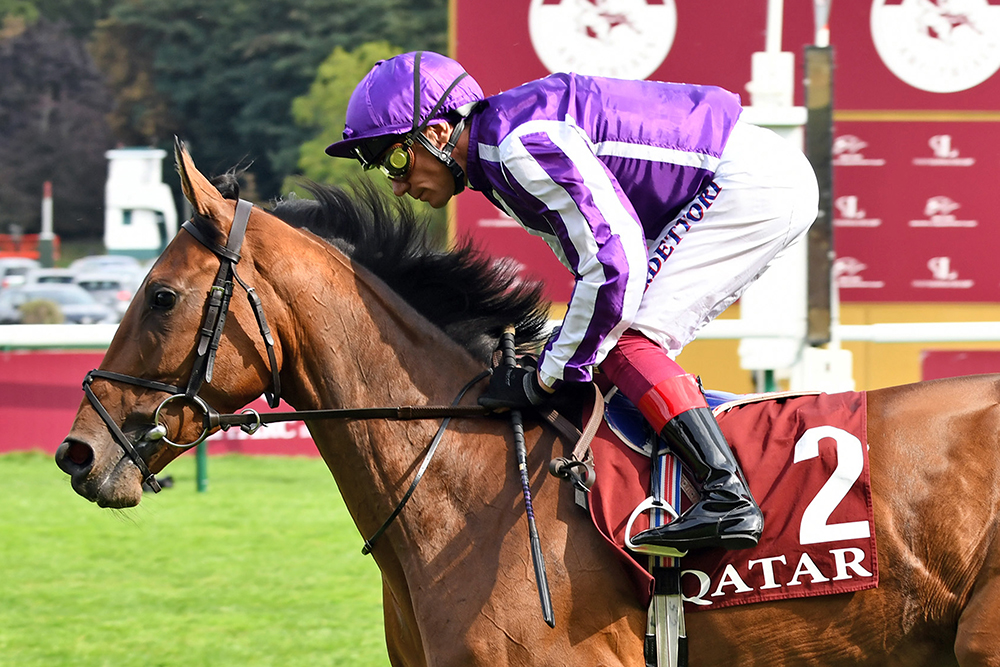 Snowfall raised the profile of Japanese-bred horses in Europe with her successes in the Epsom, Curragh and Yorkshire Oaks

It was the astonishing success of Snowfall’s sire, the great Deep Impact, that has really whetted the appetites of some of Europe’s major breeders in recent times. In short, Deep Impact was a phenomenon. In a country where black-type is dispensed in meager rations, he boasted metrics that would put the best European sires to shame. Among northern hemisphere sires, only Galileo (222) and Sadler’s Wells (168) can top his 149 Group winners. Moreover, his 186 Stakes winners were accumulated at a rate of 11.1% and an even higher rate of 13.1% from his better mares.

But what sires are to carry the baton forward now that the Shadai colossus is no longer around? Judging by 2022 nomination fee, the consensus would suggest it’s between Lord Kanaloa, Kizuna and Epiphaneia.

Kizuna is one of seven Japan Derby winners by Deep Impact. After his victory in the Tokyo Yushun, he was shipped to Europe for a crack at the Arc, picking up the Group 2 Prix Niel en route. In the Arc itself, Kizuna could only finish fourth behind Treve and fellow countryman Orfevre. He’s now ensconsed at the Shadai Stallion Station and, although he has only one Group 1 winner to his name so far, the filly Akai Ito, winner of the Queen Elizabeth II Cup, he has quite a strong supporting cast. His 33 Stakes horses and 17 Stakes winners so far have been achieved at a rate of 4.4%, which puts him top of all active Japanese sires by this measure.

Lord Kanaloa was a versatile son of Kingmambo stallion King Kamehameha in that he was a Group 1 winner from six furlongs to a mile. But have no doubt, sprinting was his game, as back-to-back victories in the Group 1 Longines Hong Kong Sprint might suggest. He also won consecutive renewals of Japan’s sprinting centerpiece, the Group 1 Sprinters Stakes, as well as proving too hot to handle in the Group 1 Yasuda Kinen over a mile.

After his farewell victory by five lengths over Sole Power at Sha Tin in the second of his Hong Kong Sprint triumphs, Timeform awarded him a mark of 133. And, as a son of King Kamehameha – a sire already with the reputation of being the second-best sire in the land – Lord Kanaloa was always going to get the opportunities he richly deserved.

Eight years on, we now know the full extent of his prowess as a stallion. Not only has he sired one of the best-ever Japanese race mares in the Timeform 129-rated Almond Eye, he’s amassed more Stakes winners than any Japanese stallion born since 2008. Moreover, he has six Group 1 winners on the board after just seven crops aged three and older, also featuring the Timeform 126-rated pair Danon Smash and Saturnalia, winner of the Group 1 Hopeful Stakes at two and the Japan 2,000 Guineas at three.

Third ranked by percentage of Stakes winners is the veteran Daiwa Major, a proficient miler by Deep Impact’s sire Sunday Silence. Among his six lifetime Group 1 winners is Admire Mars, who at his best was rated 126 by Timeform following a strong international career which included victories in the Group 1 Asahi Hai Futurity, NHK Mile Cup and Longines Hong Kong Mile.

Two of the younger sires doing quite well are Orfevre and Just A Way. Most of us will remember the gallant Orfevre for his two runner-up performances in the Arc, but the son of Stay Gold (a son of Sunday Silence) was much more than that, having been a Triple Crown winner and a dual winner of the Group 1 Arima Kinen in his homeland. Given his six career Group 1 victories, I’d have absolutely no objection to Timeform’s assessment at 132. Thus far in his stallion career, he’s sired three Group 1 winners and he’s now gained an international dimension to his stud career after Marche Lorraine’s exploits at Del Mar last October. 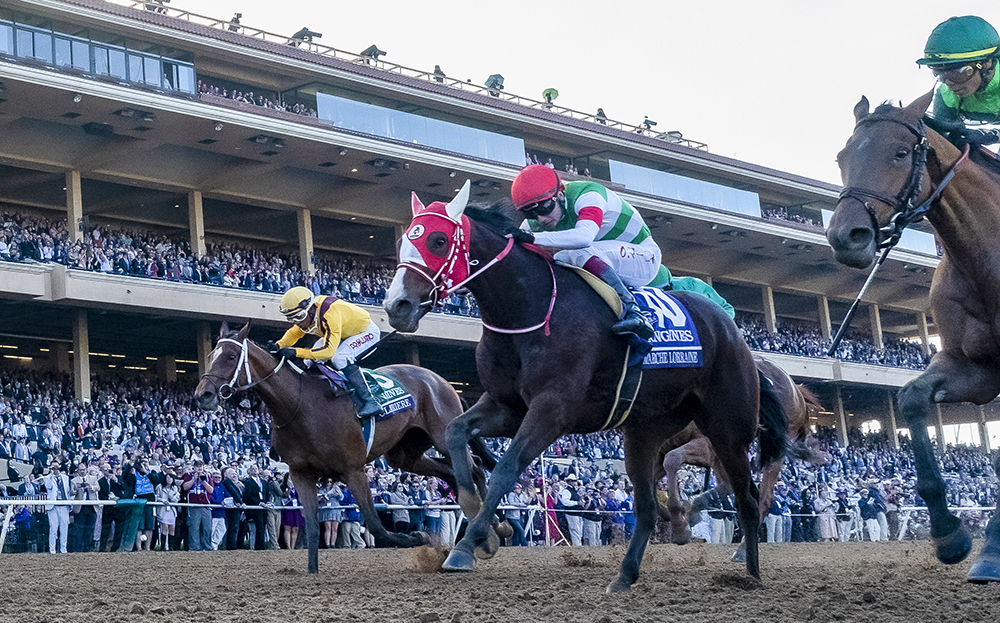 Timeform also had a very high opinion of Just A Way, rating him 131 after his breakthrough five-year-old season when he was mightily impressive in winning the Group 1 Dubai Duty Free and Group 1 Yasuda Kinen. After six crops, his career Stakes winner strike rate stands at a healthy – for Japan at least – 3.3%, but he’s managed only a single Group 1 winner thus far in the shape of Danon The Kid, who won the 2,000m Hopeful Stakes at two.

Screen Hero’s main claim to fame as a sire is the top-class Maurice, but he’s also maintained a decent strike rate with all his runners. He himself defeated Japan Derby winner Deep Sky and the brilliant mare Vodka in the Japan Cup, but was not in the same class as his son Maurice, who, in addition to three local Group 1 successes, also won the Hong Kong Mile and Hong Kong Cup. He’s now well on his way to becoming a sire of note in both Japan and Australia.

British export Harbinger, Dansili’s best ever with a Timeform mark of 140 earned in his 11-length romp in the King George at Ascot, would also have to be on breeders’ short lists. Perhaps not shown in the best light judged on his Stakes winner strike rate, but with a tally of five Group 1 winners, he’s among the best around in Japan at the moment. And, of course, we have seen one of those Group 1 winners on these shores when Deirdre – already winner of the Group 1 Shuka Sho in Japan – scored in the Nassau Stakes a few years ago. 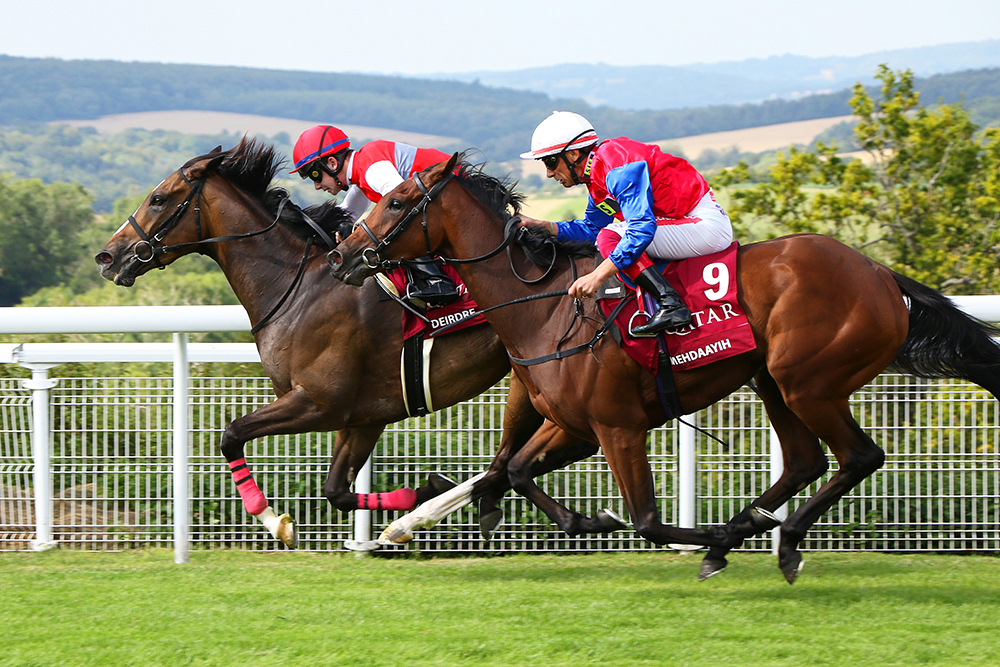 The globetrotting Deirdre, whose most important international success came in the Gr.1 Nassau Stakes at Goodwood

Epiphaneia is some way down or listing, but his popularity is driven by the fact that three of his six Stakes winners all won at the highest level, the most recent being last year’s Group 1-winning juvenile filly Circle of Life. But his best is undoubtedly the 128-rated Efforia, who was successful in the Japanese 2,000 Guineas, Tenno Sho and Arima Kinen as a three-year-old last year. He also ran second to the aforementioned Shahryar in the Derby.

It just goes to show what a loss Deep Impact is to the Japan breeding industry. None on our listing of sires with 100-plus runners and five or more Stakes winners has a strike rate of more than 5%, yet Deep Impact managed 11.1%. But don’t forget he was an anomaly and one wonders what he might have achieved in a region where black type is much more plentiful.