There is no question that breeze-up sales in Europe are gaining greater traction among potential buyers looking for both high quality racehorses and a substantial return on their investment. Gone are the days that an early two-year-old is all you could find at the breeze-ups. Just witness last year’s Middle Park-Dewhurst Group 1 double by Perfect Power and Native Trail, both of whom have since added to their Group1 laurels, and then there was Cachet’s success in the 1,000 Guineas.

As demand has grown, so too has the need to fill breeze-up catalogues with a superior product. This, in turn, has led to ever more yearlings being recruited by pinhookers and, if 2022’s breeze-up returns are anything to go by, with plenty of success too.

By my calculations there were 670 horses in Europe that were purchased as yearlings and resold as a two-year-old in training this spring and early summer. The average yearling cost of this cohort was £30,831 and they produced an average two-year-old price of £59,667. That’s a massive gross profit margin of 94 per cent. Moreover, 492 or 73 per cent covered their yearling price, while 52 per cent of the group made in excess of £10,000 above their yearling price. That’s how strong the yearling-to-two-year-old market was this year.

Predictably, as is the case with yearlings, traders prefer a risk-free environment. And to that end, it was predominately horses by fashionable first-season sires, plus dependable proven sires that made up the bulk of what was on offer this spring.

Now that there is significant yearling-to-two-year-old trade, it’s worth assessing how individual stallions fared. Overall, 46 stallions had five or more pinhooked yearlings resold at the breeze-ups. Remarkably, all but one of this group of 46 posted an improved two-year-old average from their yearling average, again a sure sign of a buoyant market. 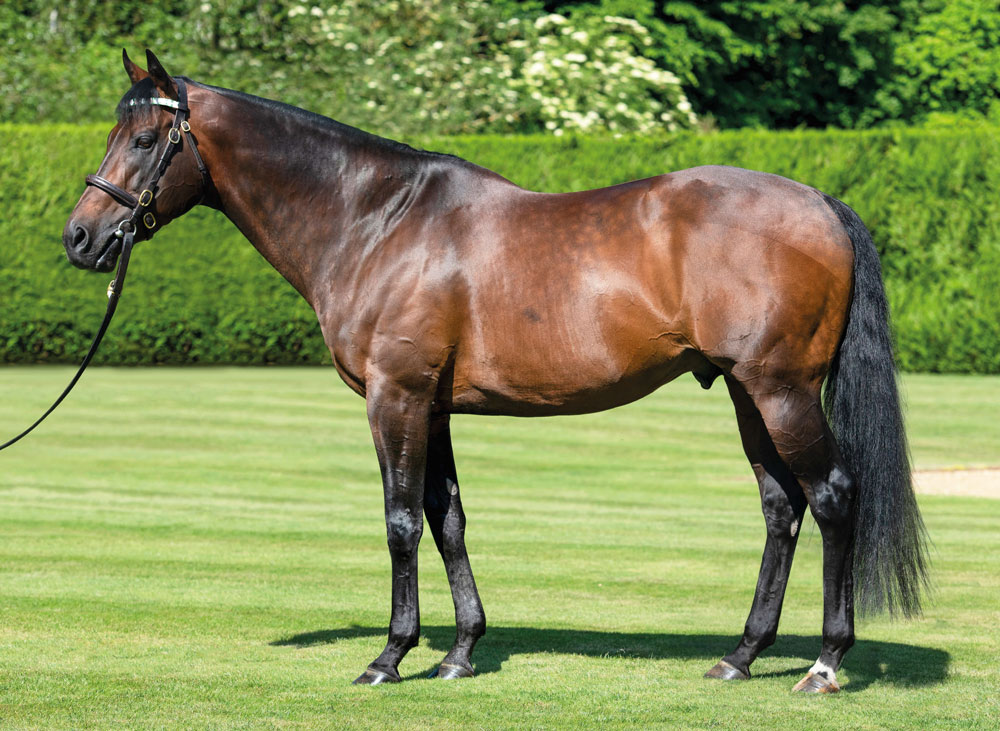 Several brave pinhookers took it upon themselves to pay five-figure sums for Kingman yearlings, but most were rewarded, with one making a gross profit of over £200,000 while two more cleared their yearling prices by £100,000 and another by £80,000. None of the five Kingmans pinhooked has troubled the judge so far, but we really ought to be waiting until next year before passing judgment.

The Timeform 100-rated Kinta, second to Lezoo in the Group 3 Princess Margaret, is the best of the 12 by Sioux Nation bought at the yearling sales. Seven of the 12 are as yet unraced, including the €50,000-to-380,000gns Spartan Arrow.

The son and father team of Sea The Moon and Sea The Stars were next best by average gross profit. Lanwades’ Sea The Moon provided a very good return on seven of his nine pinhooked years, the star of the show being his colt out of Enjoy The Life, who converted a €92,000 Baden-Baden yearling tag into a €350,000 bonanza at Arqana. Meanwhile, Sea The Stars, also a go-to sire for the foal-to-yearling traders, secured excellent six-figure margins on two of his, a €50,000-to-€220,000 colt out of Sea Of Wonders, and his €40,000-to-140,000gns filly out of Simple Elegance.

Lord Uhtred, a 200,000-guinea Tattersalls Book 2 yearling who made €520,000 when reoffered at Arqana in May, was the best of the seven Siyouni yearlings resold at the breeze-ups. Several more made tidy profits to push the son of Pivotal to sixth place on our list.

Darley’s Harry Angel was another whose youngsters were in demand in the spring, his seven averaging £67,474, way in advance of the £16,714 they cost as yearlings. Like Sioux Nation, the Dalham Hall stallion was also responsible for a huge mark up, some 304 per cent to be precise. And like Zoustar, Harry Angel’s most gifted juvenile to date, the Timeform 112 rated Marshman – the highest rated horse by a first-season sire so far this year – was a pinhooked juvenile, costing 5,000gns at Tattersalls October Book 3 and selling for £38,000 as a two-year-old at Doncaster. 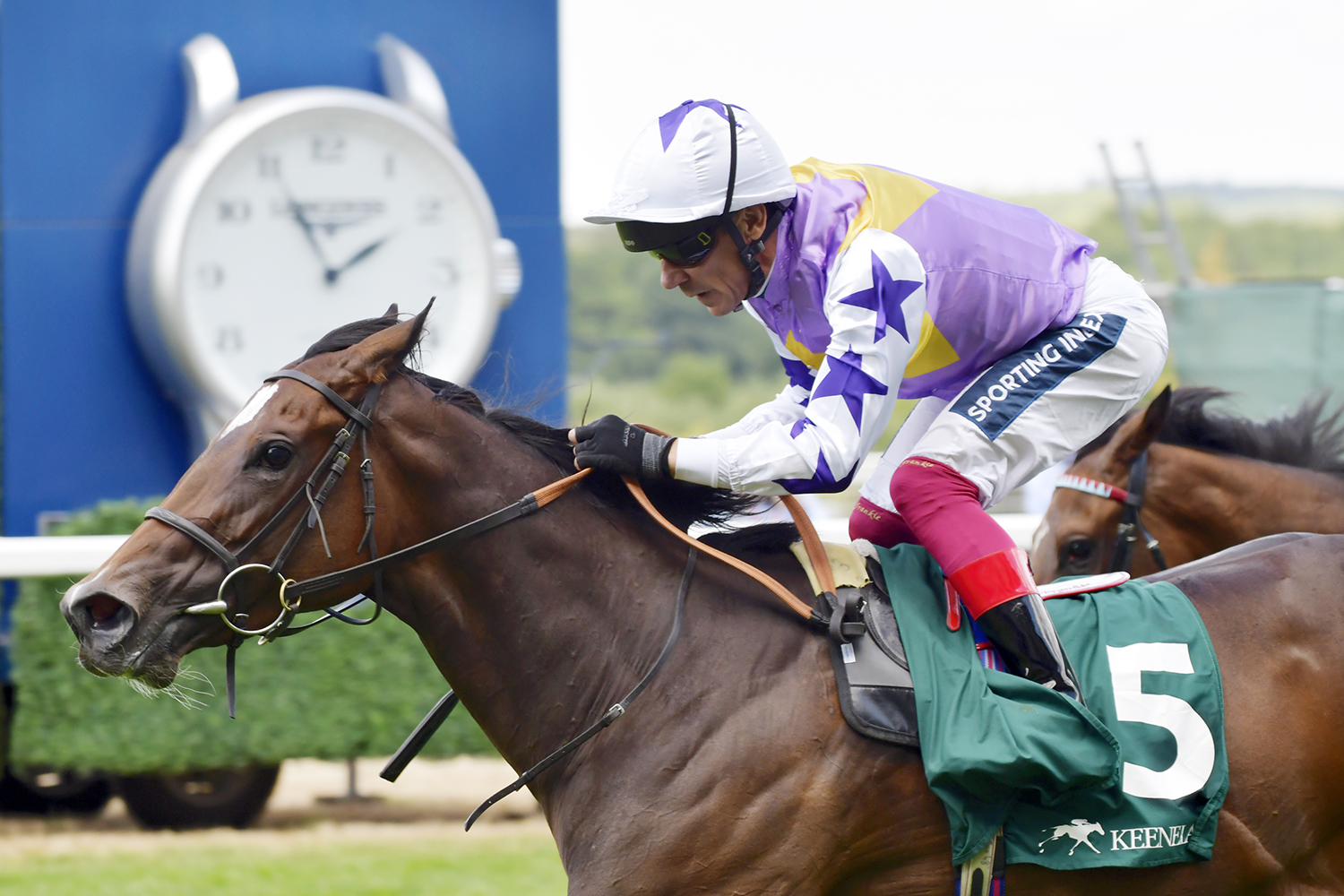 Zoustar’s daughter, Lezoo has won three of her four races, including the Group 3 Princess Margaret Stakes

Next best was the Tweenhills-based Zoustar whose yearling average of £63,875 ballooned to an impressive £110,750. One of the major proven sires in his native Australia, it was easy to understand why demand for Zoustar two-year-olds was strong. Five of his eight sold made a profit for their vendors. The best of the bunch is undoubtedly his marquee two-year-old Lezoo, who has won three of her four races so far, including the Group 3 Princess Margaret Stakes, and she was also runner-up to Mawj in the Group 2 Duchess Of Cambridge at Newmarket.

With such a buoyant breeze-up market, pinhookers are bound to be on the hunt again this autumn. But just remember it doesn’t work out for everybody. One sobering stat is that only 14 of 23 £100,000-plus yearlings made money and among the losers were four that lost in excess of £100,000.