Riding a wave of success

Whether on the racecourse, or in the sales ring, Ballylinch Stud’s New Bay has made a highly promising start to his stud career, reports John Boyce. 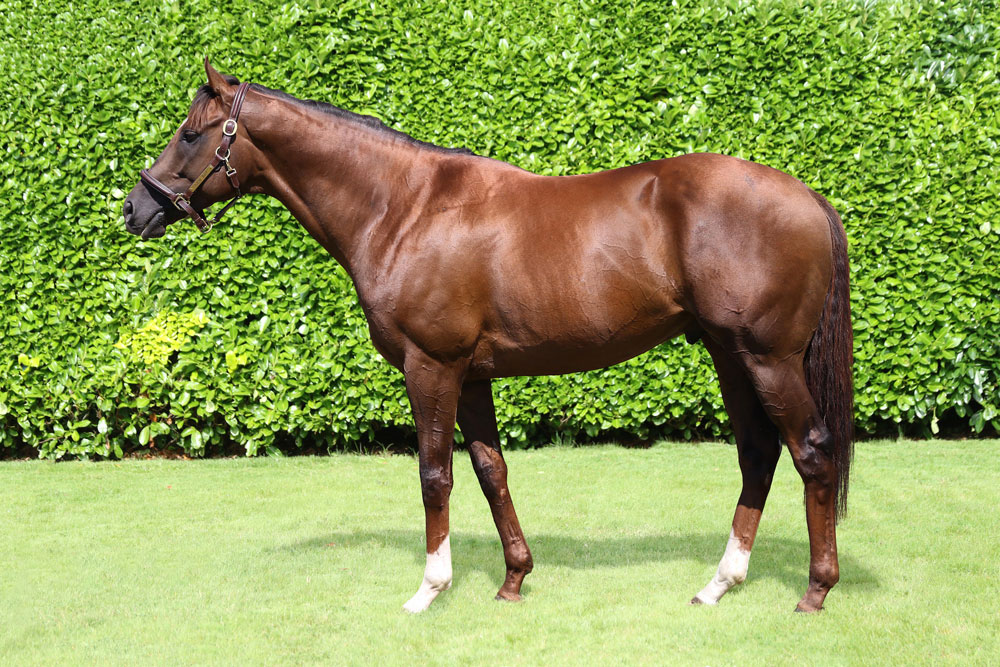 One of the features of 2021 was the emergence of several young stallions by Darley’s Dubawi, many of whom are taking their tentative first steps in an unforgiving world that will ultimately hold them to the highest standards. Haras de Bonneval’s Zarak and the National Stud’s Time Test were the latest to show some promise with their first sets of juveniles, Zarak starting slowly but reaching a crescendo by season’s end with 18 winners, including a couple of Stakes winners plus a pair of Group 1 fillies, while Time Test’s first-crop juveniles featured four Stakes winners and a Group 1 filly among his 11 winners.

What’s next for this pair? Well they could do a lot worse than follow in the hoof prints of Ballylinch’s New Bay, the Dubawi stallion son who is just a year ahead of them. Momentum is everything in this business and once created it is essential to maintain it. And New Bay has certainly done that. He in turn is following the example set by yet another chestnut son of Dubawi in Night Of Thunder, the stallion that has produces 18 first-crop Stakes winners so far, second only to the mighty Frankel at the same stage of his career.

That New Bay attracted a pretty good book of mares in his first season covering at €20,000 is to his and Ballylinch’s credit. After all, he only had once run at two when he was second over a mile on Chantilly’s all-weather track and he didn’t finish his career showing his very best form, running seventh as he did in Found’s Arc after a fourth placed finish behind Almanzor in the Irish Champion Stakes. But his three-year-old form was of the highest order.

After losing his maiden tag at Longchamp in April, he returned to the same venue three weeks later to run second to his current stud companion Make Believe (a grandson of Dubawi) in the Group 1 Poule d’Essai des Poulains. From then on it was literally a case of onwards and upwards as New Bay showed improved form in each of his remaining races as a three-year-old. His victory over Highland Reel in the Group 1 Prix du Jockey Club was a marked improvement, as was his defeat of Dariyan in the Group 2 Prix Guillaume d’Ornano. He exhibited an even higher level of form to win the Group 2 Prix Niel, but saved his best for last when running third to Golden Horn and Flintshire in the Arc, just ahead of the great mare Treve.

Rated 128 by Timeform, New Bay arguably covered as good a group of mares as any first-season sire in 2017 and the resultant runners didn’t disappoint. His stars of that first crop are Group 2 Royal Lodge winner New Mandate, plus Group 3 Oh So Sharp Stakes heroine Saffron Beach. And although 12 first-crop juvenile winners might have seemed on the low side, considering New Bay’s best form came over 10.5 and 12 furlongs, progressive runners were perhaps more important than a large number of winning youngsters.

In the event, the New Bays did make the anticipated progress from two to three, best exemplified by Saffron Beach’s Group 1 coronation in the Sun Chariot Stakes. Several other members of his first crop have also progressed to the point where they could easily hold their own in Listed or Group company, none more so than the Timeform 119-rated Bay Bridge, plus Jumby and Perotto, rated 116 and 114 respectively. 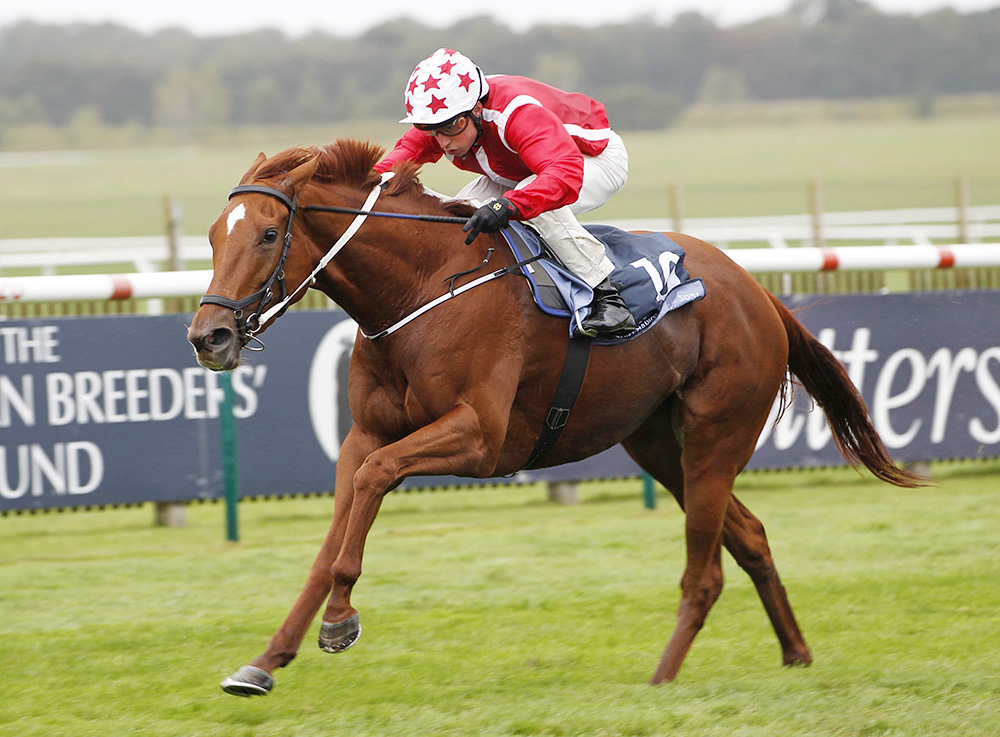 Unusually in this day and age of the risk-averse commercial breeder, New Bay’s second crop was also quite strong – he covered nearly as many elite mares as he did in his first year, which has to be the biggest reason his second-crop two-year-olds put up such a bold showing in 2021.

The Roger Varian-trained Bayside Boy led the way and provided his sire with a second Group 2-winning juvenile colt in the Champagne at Doncaster, following up with fine third place finishes in both the Group 1 Dewhurst and Group 1 Doncaster Futurity, for which he earned a Timeform mark of 113 which puts him among the top ten horses of his generation so far. The German-trained Sea Bay was another among 16 second-crop two-year-old winners that proved up to Group-winning class, taking the Group 3 Preis des Winterfavoriten on the third of his three starts.

All told, New Bay has so far sired five Stakes winners at a rate of 5.1% from runners. His tally of Stakes winners may appear quite unremarkable to date – in fact I can count over 70 other sires in the past 20 years that had more after two years with runners, including the aforementioned Night Of Thunder who had 15 at this stage. That said, it is probably the quality of New Bay’s Stakes winners that strikes a chord, as they have an average Timeform rating of 114.8, which is right in line with what the very best sires around achieve.

In any case, breeders gave him a huge vote of confidence by sending him 181 mares in 2021 – at least 70 more than in year one, and they include his best-ever tally of quality matrons. Yearling buyers likewise showed plenty of faith last year, paying on average over €77k (his best yearling average to date) for 41 yearlings from his weaker third crop, produced off a fee of just €15,000. His select yearlings – those sold at Goffs, Arqana, Doncaster Premier and Tattersalls Books 1 and 2 – averaged an excellent €124,000.

Given the very favourable impression this son of Dubawi has created, it was no surprise to see his fee increased to €37,500 for the upcoming breeding season.