In addition to Alson and Windstoss, who were covered in a previous article, three more exciting new sires have recently taken up stud duties in Germany.

Gestüt Etzean has secured the high-class and regally-bred Japan who will stand his first season at €11,000 (1st October terms). An athletic sort, Japan raced 21 times from two to five, winning seven times and being placed nine times. The winner of the Group 2 Beresford Stakes at two, Japan landed the Group 1 Juddmonte International Stakes and Group 1 Grand Prix de Paris at three, as well as taking the Group 2 King Edward VII Stakes and finishing third in the Group 1 Derby. He was also fourth in the Group 1 Prix de l’Arc de Triomphe. 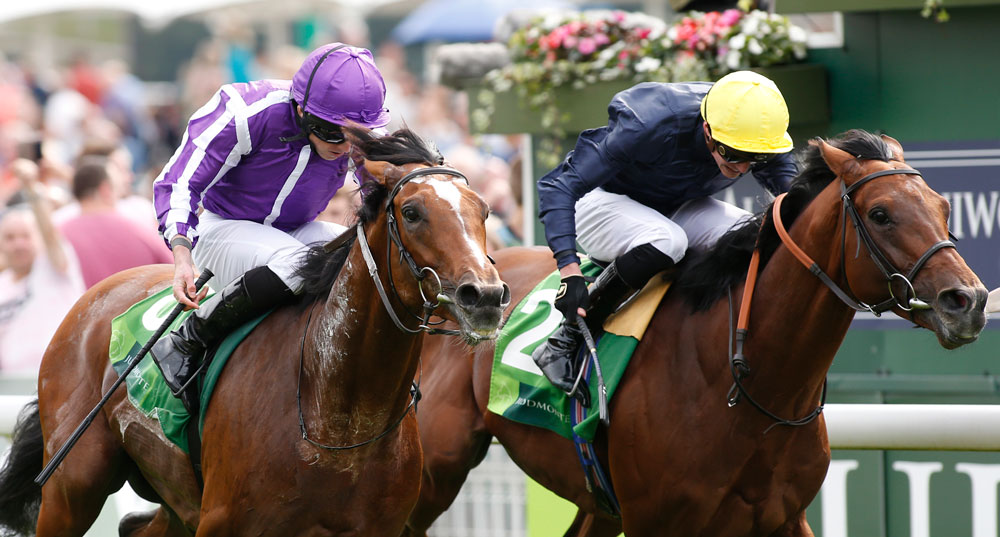 Japan (nearside) records the second of his Group 1 successes in the Juddmonte International Stakes at York, beating Crystal Ocean in a photo finish

At four he recorded two thirds in the top-level events, the King George VI & Queen Elizabeth Diamond Stakes and the Eclipse Stakes, whilst at five he gained two further Pattern victories in the Group 3 Meld Stakes and Ormonde Stakes. In addition, he was runner-up in the Sword Dancer Stakes, took third in the Coronation Cup and finished strongly to be fourth in the Breeders’ Cup Turf on his penultimate start.

Japan is one of 92 Group 1 winners by the recently deceased stellar sire Galileo, and he is a representative of the highly successful Galileo/Danehill cross which has produced 38 Group winners, including 15 top-level winners to date.

Japan is the leading performer out of the Listed placed Shastye who produced four Group winners by Galileo, including the fellow top-level winner and sire Mogul. The next dam is the Group 2 Prix de Royallieu victrix and Champion Saganeca, herself a daughter of the Prix de l’Arc de Triomphe hero Sagace whose second dam is the dual Classic winning Pantheon mare Schönbrunn. She in turn is a granddaughter of the outstanding racemare and great matriarch Schwarzgold, so Japan combines the internationally proven Schlenderhan tap-root mares Allegretta and Schwarzgold in his pedigree.

Saganeca had a total of three Group winners to her credit, headed by the Group 1 Prix de l’Arc de Triomphe hero Sagamix and the juvenile top-level scorer Sagacity, and she is also the ancestress of another three Group 1 winners, including last year’s Middle Park Stakes and Prix Morny victor Perfect Power. The family traces back to the Coaraze mare La Mirambule, dam of the Irish Derby hero and sire Tambourine and Nasram, whose progeny includes the 1973 Deutsches Derby winner and sire Athenagoras. Moreover, La Mirambule can also boast the Prix du Jockey Club hero and leading sire Lope de Vega amongst her descendants.

The 2020 Group 2 German 2000 Guineas winner Fearless King will take up stud duties at Gestüt Helenenhof, where his fee is €3,000 (1st October SLF). The lightly raced colt is one of 23 Group winners to date by the high-class young sire Kingman whose German-related stock include the Japanese Group 1 winner Schnell Meister, out of the German Oaks winning Soldier Hollow mare Serienholde; the Japanese Group 2 winner Elizabeth Tower, a daughter of Doyen's German Oaks victrix Turfdonna, and the Group 3 Brigadier Gerard Stakes winner Waldkönig, a half-brother to Champion Waldgeist out of a Monsun mare. 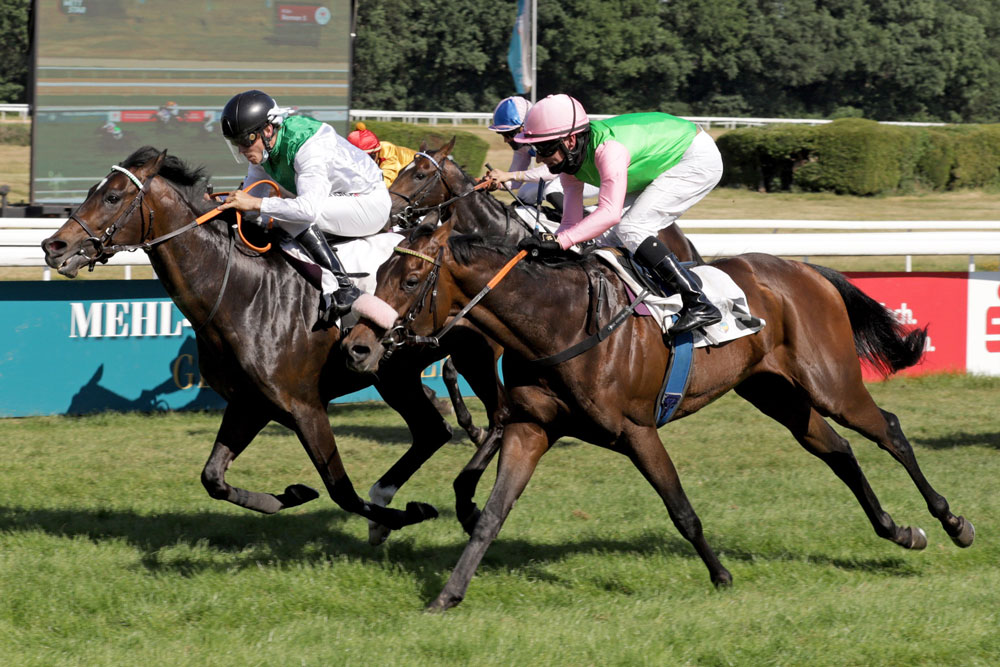 Fearless King's biggest success came in the Mehl-Mülhens-Rennen (German 2000 Guineas). He retires to Gestüt Helenhof at a fee of €3,000 (1st October SLF)

The triple Group 1 winning 2000 Guineas hero Kingman is a leading son of the top-class sire Invincible Spirit. He in turn is by Green Desert, who ranks second only to Danehill amongst Danzig's sire sons.

Fearless King’s dam Astrelle was Group-placed and also has the Group 3 Sceptre Stakes winning Pride of Dubai filly Just Beautiful and the 2021 juvenile Group-placed Frankel filly McKulick to her credit. Her sire, Makfi, was a dual Guineas winner from Dubawi's first crop.

Astrelle is kin to four Stakes performes, most notably the tough and genuine Group 2 Premio Ribot victor Porsenna, who won 19 races in all. Her second dam is the Group 2 winning Persian Bold mare Sopran Mariduff, whose decendants include the Group 1 winner Tweet, while she herself represents the leading produce bred from the Group 3 Premio Dormello winning Caerleon mare Marina Duff. This is the extended family of the sires Sakhee’s Secret, Royal And Regal, Stravinsky, Dowsing and Verglas.

Last but not least, Gestüt Lünzen welcomes the bay Camelot horse Accon, who ran fifteen times in all, gaining a Group 3 victory in the Iffezheimer Derby Trial at three, as well as ending that season strongly by finishing third in the Group 1 Deutsches Derby.

Accon hails from the second crop of the high-class Camelot, who came very close to gaining the English Triple Crown in 2012 after winning the 2000 Guineas and Derby, before finishing runner-up in the St. Leger. Also winner of the Group 1 Racing Post Trophy at two and  Group 1 Irish Derby, Camelot is a leading stallion son of the Champion Sire Montjeu who has nine top-level winners to his credit, including Sunny Queen from the Schwarzgold dam line; Athena and Sir Dragonet, who trace back to Allegretta via Urban Sea, and Wonderment, who hails from the family of Waldrun. 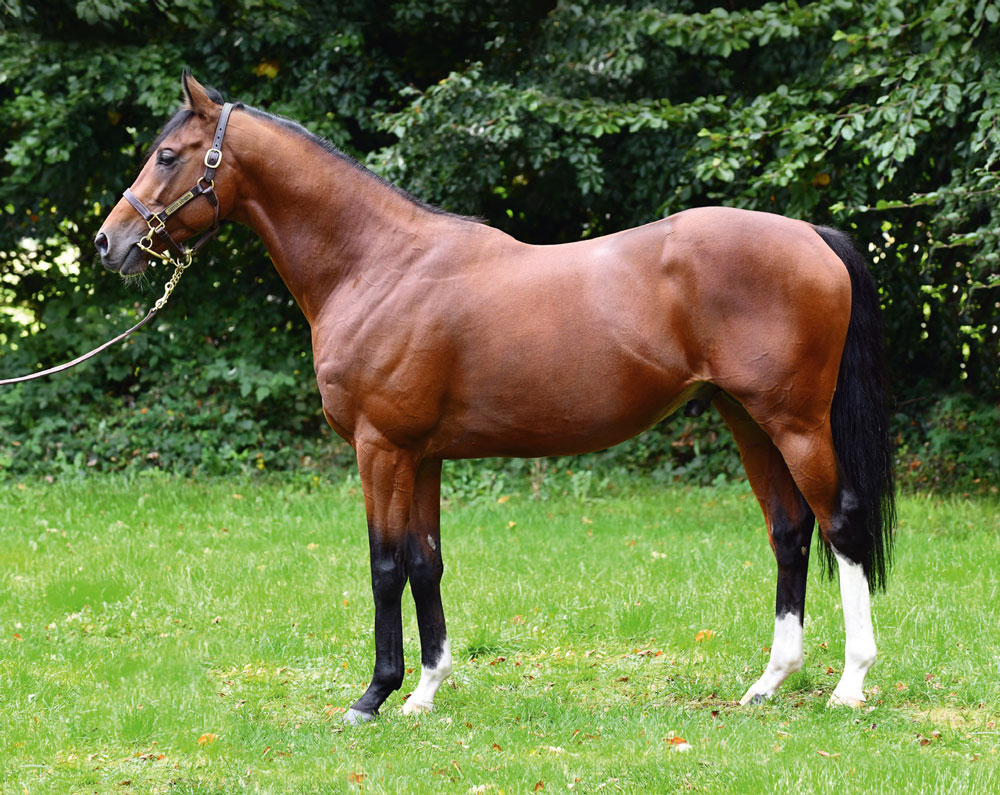 Camelot's son, Accon, who will stand his first season at Gestüt Lünzen in Lower Saxony at €2,500 (1st October)

Camelot is himself one of 31 Group 1 winners by Montjeu, which include the great Irish Derby and Arc hero Hurricane Run (out of a mare by Surumu); the fellow Irish Derby victor Fame And Glory (a grandson of the Windwurf mare Grimpola) and the St. Leger winner Masked Marvel (grandson of Wurftaube, again representing the Waldrun damline).

Accon’s dam, Anaita, is by the exceptional Dubawi and is also the dam of the Group 1 placed Listed winner Amorella, as well as the Listed placed Scalo filly Accola. Dubawi’s leading winner in Germany is the Deutsches Derby hero Waldpark, while his sons New Bay and Zarak were responsible for the 2021 Group 3 Preis des Winterfavoriten victor Sea Bay and the Group 3 Preis der Winterkönigin heroine Lizaid respectively.

Anaita’s second dam is the Rainbow Quest mare Acerbis, herself a daughter of the Group 3 winning Nebos mare Aragosta, a half-sister to the Champion Arastou (by Surumu). The latter produced the Group 2 Prix de Pomone victrix Abitara to a mating with Rainbow Quest, while her descendants also include the Group 1 Prix du Cadran hero Altano. 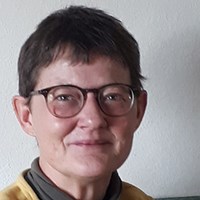