With the foal sales fast approaching, John Boyce looks at which stallions’ pinhooks fared best in what was an exceptionally strong yearling market in 2022

A rising tide lifts all boats as the saying goes. And that is precisely what happened at this year’s yearling sales as evidenced by record returns at Tattersalls October yearling sale. Investors in foals for resale this year as yearlings thoroughly benefitted in what was effectively a boom market. At the major yearling auctions, Tattersalls, Goffs, Arqana and Baden-Baden, nearly everyone made some money and for some it was just a question of how much.

Of the 862 foal-to-yearling transactions in this study, 79% turned in a gross profit, before keep and other expenses are taken into account. Moreover, 58% made £10,000 more than their foal price and 40% cleared their foal price by £20,000. At the lottery-winning end of the market, 173 or 20% had a mark up of £50,000 or more, while 8% cleared their foal price by a whopping £100,000. Pretty exceptional market conditions, I’m sure you would agree. On the stallion side of the equation, remarkably only five of the 133 stallions with five or more pinhooked yearlings posted an average yearling price less than their average foal price and 70% had a yearling average of a least £10,000 higher that their corresponding foal average. In fact, all 55 stallions with five or more pinhooked yearlings had a higher yearling average.

Although market conditions were very forgiving, inevitably the choice of which stallion to back pretty much dictated how much profit was to be made. Starting off with first-season sires, those with untainted stallion reputations guaranteed to attract buyers that like all things shiny and new, it was Masar, Darley’s Derby-winning son of New Approach, who led the way regarding average gross profit. His 11 yearlings sold this year that were sourced at the major foal sales turned in an average profit of £68,000 for their vendors, which represents a mark up of 158%. Masar was greatly helped by his colts out of Great Hope and Sweet Lady Rose, who transformed 80,000gns and 32,000gns foal purchase prices at Park Paddocks last November into 350,000gns and 240,000gns back at Tattersalls this October. Even his 110,000-guinea colt out of Muscovado, his highest priced foal last year, brought 160,000gns this year from Book 1. 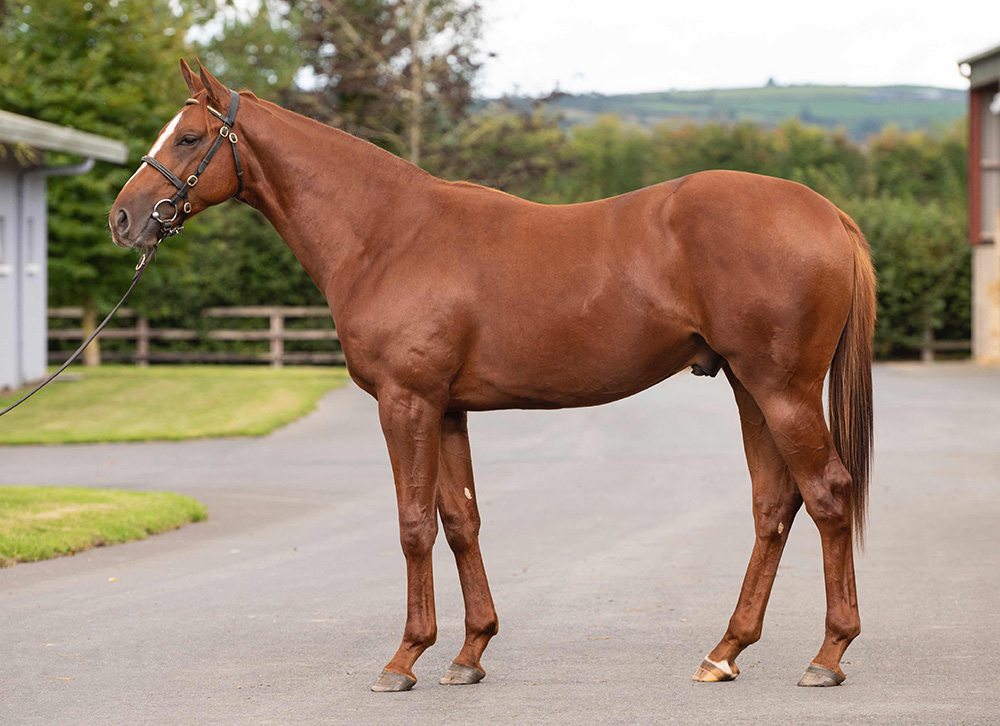 Bought as a foal by Petches Farm/Fairway Partners, this Masar colt out of Great Hope appreciated in value from 80,000gns to 350,000gns when reoffered as a yearling at Tattersalls by Clare Castle Stud

Ten Sovereigns, Coolmore’s son of the all-conquering No Nay Never, had 17 of his sold yearlings sourced at the main foal sales last year and although four of his Tattersalls Book 2 yearlings failed to make a profit, there were big winners as well. His son out of Indigo Butterfly went from a €130,000 Goffs November foal to a €500,000 Orby yearling, while seven more made gross profits of £50,000 or more. Meanwhile, Advertise’s 14 pinhooked yearlings featured colts that brought 500,000gns and 100,000gns at Tattersalls, having been sourced at the same venue last November for 135,000gns and 62,000gns respectively.

Although Darley’s Blue Point had 76 yearlings sold this year, only nine of them had been purchased last year as foals at the main sales, but they were a good bunch, selling as they did for a higher average than all his yearlings put together. Five of the nine made six-figure yearling prices and there was only one small loss maker among the group. The son of Shamardal’s biggest winner was his colt out of the Galileo mare Solar Event, who graduated from a 38,000gns foal to a 130,000gns yearling.

Among the proven sires, it was Darley’s Night Of Thunder who stole the show after another good year by his offspring on the track. These are also the Dubawi sire’s first yearlings sired after his exceptional debut crop and were produced off a fee of only €25,000. Even though seven of the 14 sold for six-figure sums as foals, all but one made significant money this year, headed by five whose gross profit exceed £100,000. Predictably, given his huge apparent filly bias on the racecourse, four of the five biggest moneymakers were fillies, featuring a 135,000gns-to-525,000gns daughter of Pacifica Highway. Among the stallions with £100,000-plus foals reselling, d had three among the top 15 ranked by percentage return on initial investment, more than any other sire.

Aside from Night Of Thunder, Starspangledbanner and Lope de Vega were the only others to post £100,000-plus gross profit margins. Starspangledbanner had a timely boost to his stallion career when his son State Of Rest finally won at Group 1 level in Europe, taking both the Prix Ganay and – perhaps more importantly – the Prince of Wales’s Stakes over Bay Bridge. Overall, his 58 yearlings sold averaged 5.8 times his €22,500 fee and his ten pinhooked yearlings posted an average profit of over £112,000. Lope de Vega, meanwhile, given his €100,000 fee in 2020, had the second most expensive group of foals coming up for resale, behind only those by Sea The Stars. Yet, the Ballylinch sire turned in a sterling performance with his £103,000 average profit for his five sold and all five showed a gross profit, headed by his 200,000gns-to-525,000gns colt out of a full sister to Galileo’s US Group 1 winner Photo Call, from the family of Magical, Rhododendron and Auguste Rodin. 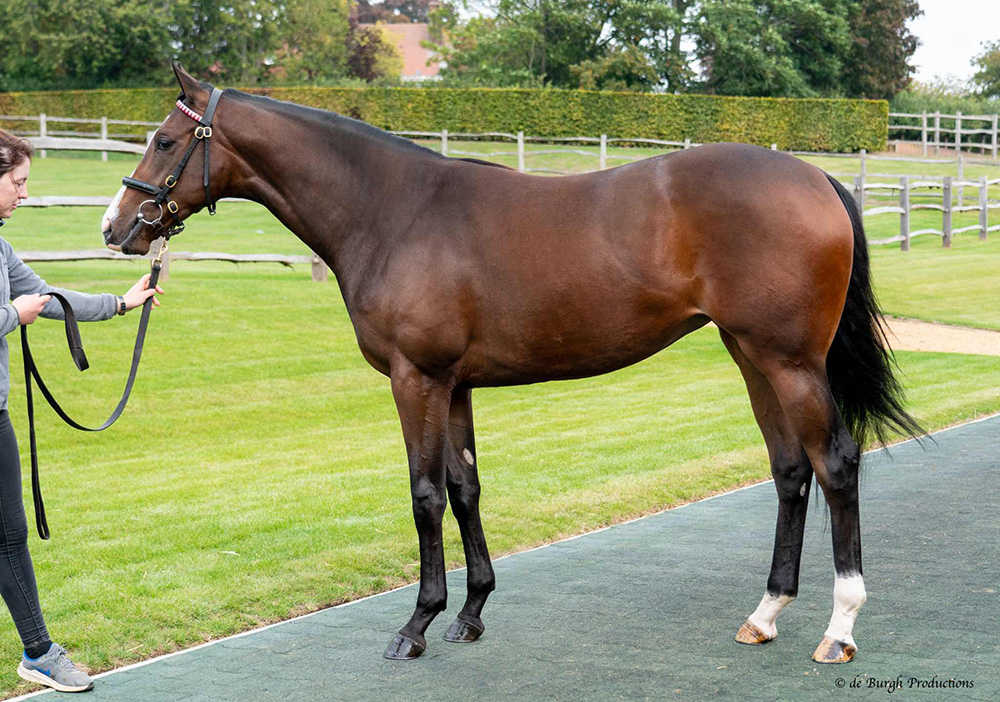 This bay filly by Bated Breath ex Always A Dream was bought by Houghton Bloodstock/A C Elliott Agent for 140,000gns as a foal and resold as a yearling by Kilminfoyle House Stud (Agent) to Godolphin for 600,000gns.

Sea The Stars, always a favourite among traders, saw seven of his eight yearlings make decent money, posting a gross profit of £50,000 or more, his top lot, a daughter of French Listed scorer Diamonds Pour Moi, jumping from 100,000gns at Newmarket last November to €380,000 at Deauville this August.

Of the stallions standing at less than £15,000 at the time of covering, Bated Breath, Havana Grey, New Bay, Mehmas, Sioux Nation and Ardad led the way. Banstead Manor’s Bated Breath supplied the biggest gross profit margin of the group, no doubt helped enormously by the 140,000gns to 600,000gns markup on his Tattersalls Book 1 half-sister to Group 2 scorer Chindit – easily the biggest foal-to-yearling profit margin seen at any sale this year.

*Stallions with first crop yearlings in 2022