Australia set fair to advance in 2019

A strong performing first crop of two-year-olds from a sire will elevate his fee, book size and quality, as the sire meets the market demand for precocity. On the contrary, a performance below expectations makes for an uphill struggle – most of such horses end up being whisked off to countries with an inferior standard of racing. Such is the ruthless nature of the stallion industry. Amidst this, however, we should be more careful about jumping on the bandwagon of a fashionable sire and be less inclined to write a sire off who was slow to begin. In both cases, maybe these sires are more likely to be closer to the mean than we imagine.

The two major fee increases among the first crop sires for 2019 were, of course, No Nay Never and Kingman. Statistically, they were the two highest performing stallions, each producing five Stakes winners in Europe. Over forty per cent of each of their runners earned a Racing Post rating of at least 80. It was No Nay Never, however, who had much the highest number of Stakes performers among his juveniles, with nearly a quarter of his runners achieving blacktype status. These statistics just how tremendously well he has fared, and he enters the 2019 season at a fee of €100,000.

No Nay Never is the embodiment of what is in fashion: by Scat Daddy; a precocious, Royal Ascot-winning two-year-old, and able to sire horses of a similar mould racking up 29 winners. Ten Sovereigns, his best son so far, imitated his sire by remaining unbeaten at two with a Group 1 win to his name over six furlongs. It seems strange to say, but the Ballydoyle inmate shaped a tad green when winning the Middle Park Stakes – freakish for a Group 1-winning performance – and it especially excites when you consider he still performed to a Timeform rating of 120. Fellow Aidan O’Brien trained sons of No Nay Never include Land Force and The Irish Rover, who each began their careers in April and completed their seasons in September with eight starts under their belts and the former winning the Gr.2 Richmond Stakes at Glorious Goodwood. The hike to €100,000 removes access for a lot of breeders but simultaneously keeps his book solely in the company of elite broodmares. 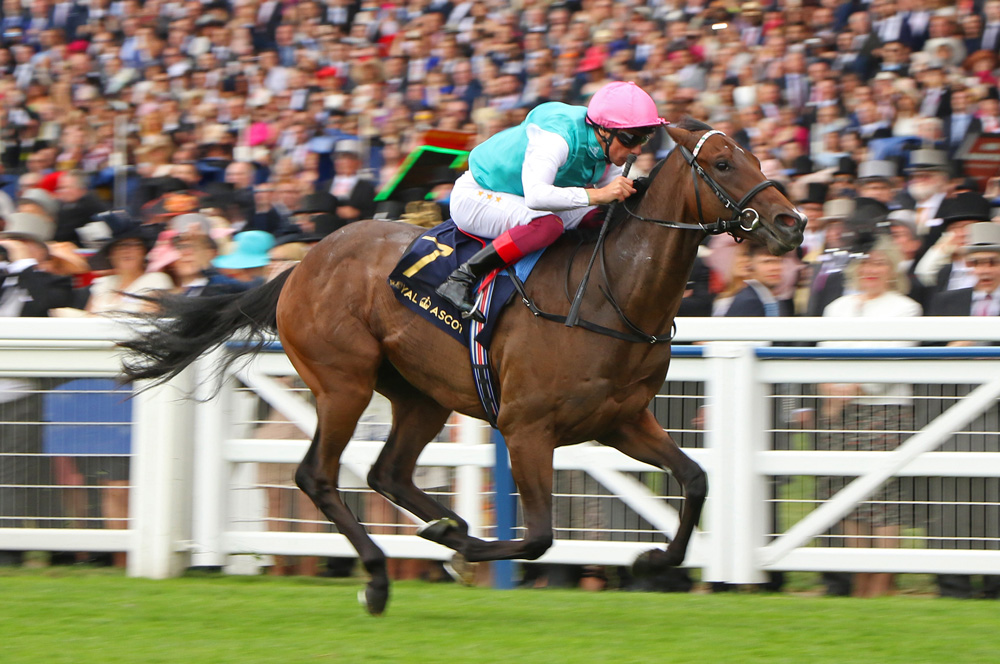 Kingman’s son Calyx is a Group 1 winner in waiting.

Kingman’s performance with his first crop was outstanding, and like No Nay Never, he looks set to become embedded in the same league as our current active top sires. His two flag bearers, Gr.2 Coventry Stakes winner Calyx and the Andre Fabre-trained Persian King (winner of the Gr.3 Autumn Stakes) appear to be two of Too Darn Hot’s main rivals in the 2,000 Guineas. Calyx, unfortunately, suffered a bone injury in July which kept him out for the rest of the season, but his Coventry performance gave one the impression he is a Group 1 winner in waiting. Kingman excelled at three, and we are likely to see his progeny progress, with the tall Persian King looking just the type to strengthen physically during the off season. Kingman is exceptionally bred, being by Invincible Spirit out of Gr.1 Poule d’Essai des Pouliches winner Zenda, and was a 134-rated Champion Miler. Juddmonte have justifiably increased his fee by £20,000 to £75,000, and they have announced that the dams of Calyx and Listed winner Sangarius are to visit him in 2019. This is in addition to Group 1 winner African Rose, and the dam of smart juvenile Fair Eva.

Some sires outperformed expectations in relation to their stud fee. Gregorian is worthy of mention, producing five Stakes performers in his first year from a fee of just £4,500. They included the Gr.2 Lowther third Queen Jo Jo; dual Gr.3 placed Chynna (who was denied by a nose in Listed company on her final start last year) and the durable dual-Listed placed filly Gypsy Spirit. During his own career, the Timeform 122-rated miler maintained his ability right up until he retired at the age of five, and he progressed a significant amount from two to three. His fee at The National Stud has risen to £8,000 in 2019.

For many, Kuroshio was the surprise package. The Australian Gr.2 winner and Gr.3-winning juvenile retired to Overbury Stud in 2015 and was not particularly popular with breeders, even accounting for the fact that the announcement of his arrival came late in December 2014. At a fee of £3,500, he received just 33 mares, resulting in 22 foals. Among his 16 runners emerged two Stakes performers, and half his runners achieved an RPR of at least 80; admittedly a very small sample size, but enough to give grounds for bringing him back to the Northern Hemisphere to try again, this time standing under the Compas Stallions banner at Clongiffen Stud in Co. Meath for €6,000. 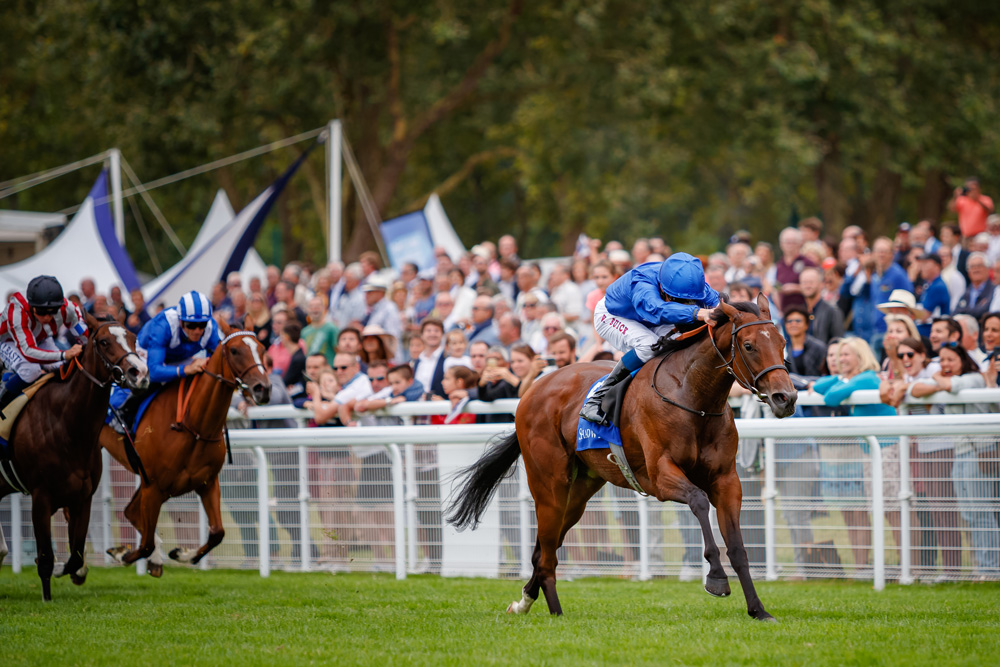 Ruler Of The World deserves credit for producing a Gr.1 winner in the shape of Fillies’ Mile heroine Iridessa from only 20 runners. Yet the sire who deserves even greater acclaim than his bare statistics suggest is Australia. It’s surprising that he had the largest number of runners among any of the first season sires, given that we expect his progeny to show plenty of improvement at three. He had just the one Stakes winner in 2018, but taking this at face value would be misleading. After all, he had three colts who achieved an RPR of 112 (all trained by Aidan O’Brien). They consisted of Prix Jean-Luc Lagardère runner-up Broome; Sydney Opera House, who was beaten a neck in the Gr.1 Criterium de Saint-Cloud, and Gr.1 Vertum Futurity Stakes third, Western Australia. His fillies included the Godolphin owned Gr.2 Prix du Calvados winner Beyond Reason. A Derby winner who showed the most willing attitude, and having two special parents in Galileo and Ouija Board, Australia’s future is especially bright, and he stands for just €35,000 in 2019.