Cityscape is shaping up well

A stallion’s sophomore year gives the more accurate of his capabilities between the first and second crop stats, especially should he be a middle distance sire. The progeny of such horses will often be slower to mature and prefer longer distances, which the juvenile program does not provide. It also offers an opportunity for those who proved popular with their first crop to establish and embed themselves on their stud’s roster, and for those who were unpopular with their first crop to underline their failings at stud.

Of those who retired to stud in 2014, Camelot is currently the most expensive, standing at €40,000 in 2019 from an initial fee of €25,000. No sire has been subject to any drastic fee rises, although Dabirsim, Havana Gold and Pedro The Great have had their fees more than doubled at some stage within the last five seasons.

Another year increases the progeny record sample size, and the picture becomes clearer as three-year-olds sort themselves into their place in the pecking order. It was admittedly a slow year for Dabirsim, who was regarded as one of the hottest sires in Europe after a high performing first crop in 2017, managing just one Stakes winner in 2018. This, and the failure of Group 3 Albany Stakes winner and 1.5 million guinea purchase Different League to train on may have been the reason for his reduced 2019 fee of €15,000, down from €30,000 in 2018. That said, he did manage to cover 188 mares when standing for €30,000, and could now represent value having already proven himself to be capable of siring a top juvenile. His 2019 two-year-olds will be his first French crop, having stood in Germany for his first two years. Such a book of mares is likely to be more precocious than that of Germany whose mares are skewed towards longer distances, with less emphasis on juvenile racing.

It was Camelot who produced the highest number of Stakes winners and performers among European runners in 2018, with ten and eighteen respectively. He did have the most runners, but performed with plenty of credit, jointly leading the way with nearly six per cent Stakes winners to runners, and achieving almost 11 per cent Stakes performers to runners. He promised to fare much better when his progeny turned three, but he did manage a Group 1 winning two-year-old in 2018 through the Nicolas Clement-trained Wonderment, who beat the colts when landing the Critérium de Saint-Cloud over ten furlongs. She looks set to become a major contender in the middle distance Classics next season and staying appears to be her forte. Top flight winners for the sire also included Belmont Oaks victress Athena and of course, Latrobe, the Irish Derby heroine who gave her sire his first Classic winner.

Camelot came ever so close to becoming the first Triple Crown winner since Nijinsky, and given his exceptional profile and looks, he received great support from breeders in his first two books which resulted in 151 and 143 foals. He has 153 two-year-olds to run for him this year, and this high demand is likely to be sustained at his career high fee of €40,000, with him not only becoming a Classic-producing sire but also achieving a yearling average of around £100,000 for both his colts and fillies.

The group of second-crop sires included two stallions with fertility issues in Al Kazeem and Farhh. Both are proving that their incapability to cover large books are an undoing to breeders. They emerged with the highest percentage of blacktype performers among their 2018 runners, with Farhh achieving an impressive 13.5 per cent from 37 runners, and Al Kazeem attaining 12.5 per cent, with two of his 16 runners gaining blacktype.

Intello also obtained satisfactory results, the Prix du Jockey Club winner being bred on the same revered Galileo–Danehill cross as so many Group 1 winners, including Frankel. Young Rascal emerged as a genuine Derby contender, but with his large stature, he failed to handle the undulations of Epsom. He returned later in the season to snatch both the Group 3 Arc Trial and Group 3 St Simon Stakes. He looks the type to progress further at four, and could end up a Group 1 winner in 2019 should he get an ease in the ground. France, where Intello stood on his third and fourth seasons at stud, was the source of his top-flight winner when Intellogent won the Prix Jean Prat. Like Camelot, his progeny require some time and patience, but in 2018 he showed that patience is worthwhile and rewarding.

It is apparent that French breeders have more tolerance, in that stallions lacking commercial appeal and who would struggle to get going in Britain and Ireland are likely to be given much more of a chance over there. Pedro The Great is a case in point and is the surprise package. He raced only at two for Ballydoyle and possessed a ton of ability, winning the Group 1 Phoenix Stakes over six furlongs. He is a half-brother to proven sire Footstepsinthesand, who has stood the test of time at stud. His one caveat, however, is that he is by Henrythenavigator, generally considered a flop at stud. Despite this, he has far belied expectations. His first two crops consisted of 35 and 39 foals conceived at a fee of just €3,000. From those crops emerged Group 1 Del Mar Oaks winner Fatale Bere, who recently sold for $700,000 to Shadai Farm at the Keeneland January of All Ages Sale. Other successes included Listed winner Feralia, along with three other Stakes performers that included Group 2 Prix du Calvados runner-up Lagrandecatherine, who bettered that effort when beaten just three-quarters of a length when fourth in the Prix Marcel Boussac. Pedro The Great now stands at €10,000 and is still affordable.

Shuttler Reliable Man, a Prix du Jockey Club winner and Group 1 winner Down Under, has gotten off to a flyer with his Southern Hemisphere crops, recently siring his first top-level winner when Sentimental Miss reigned supreme in the Group 1 New Zealand Oaks. Belle Du Nord also showed herself to be classy, winning the Group 2 Cal Isuzu Stakes along with two runner-up positions in both the Group 1 Levin Classic and Group 1 Manawatu Sires Produce Stakes. In the Northern Hemisphere, he got two German Group 3 winners over seven and eight furlongs in the shape of Narella and Erasmus in 2017. Counting both hemispheres, he has achieved 11 per cent Stakes performers to runners and 6 per cent Stakes winners from 187 runners. After spending his first four seasons with Gestüt Rottgen, Reliable Man moved to France for the 2018 season, where he received a full book of mares. The son of Dalakhani stands for €9,000 at Haras d’Annebault. 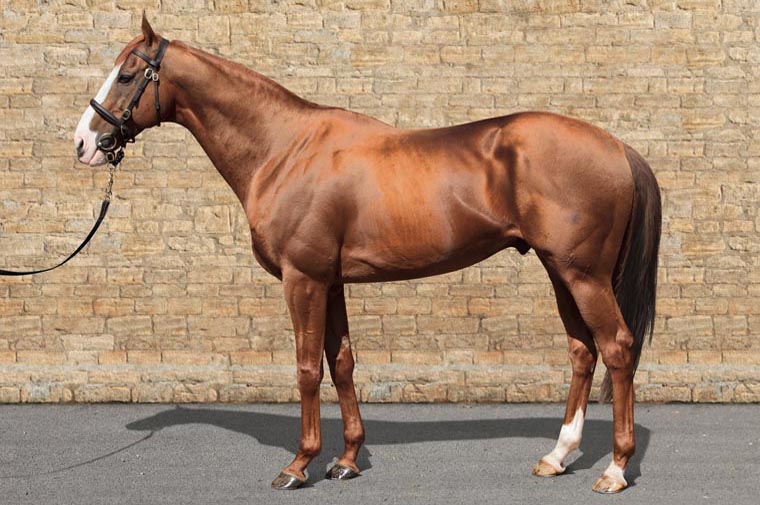 Cityscape achieved the highest percentage of European black type winners to runners by a second crop sire in 2018.

Marginally exceeding the percentage of European black type winners to runners achieved by Al Kazeem, Intello and Camelot in 2018 was Cityscape at 6.38 per cent, one of the last sons of Selkirk to stand at stud. Overbury Stud decided to keep his fee more or less unchanged at £5,000 in 2019, which makes him good value. He might not have a Group 1 performer yet, but considering his book sizes and fee, he did well to sire two Classic trial-winning fillies in Group 3 Fred Darling winner Dan’s Dream and Give And Take, who won the Group 3 Musidora Stakes. Richard Hannon’s Urban Icon made quite an impression when winning his first two starts over six furlongs before meeting with a setback, but he nevertheless looks a Stakes winner in waiting.

As a collective, the second crop sires of 2018 had some depth to them, with plentiful options for breeders at the middle to lower price ranges. They have a diverse range of profiles, and offer less volatility than sires going into 2019 with their first two or three-year-old runners.