The American Jockey Club (AJC) announced on 7th May this year that they were adopting a new rule regarding thoroughbred stallion coverings which would apply to stallions born from 2020 onwards, reporting the changes were “to preserve the health of the thoroughbred breed for the long term”.  The rule limits the Stallion Service Certificates to 140 per calendar year for stallions born from 2020, which cover in the United States, Canada and Pueto Rico – no limit will be applied to stallions born in 2019 and before.

Originally proposed last autumn, the AJC commented on the new rule in a press release earlier this month, stating: “The Jockey Club is grateful for the many thoughtful comments in response to its September rule proposal. The stewards carefully considered those comments in formulating a rule that will promote diversity of the Thoroughbred gene pool and protect the long-term health of the breed.

“The Jockey Club will continue to maintain the Principal Rules and Requirements of the American Studbook in keeping with its mission to ensure the health of the Thoroughbred breed.”

Last year only 43 of the 1,475 stallions in America, Canada and Puerto Rico, or three per cent, covered more than 140 mares within the season. Eleven of those will be minimally affected by the new rule change, having covered up to 150 mares. The stallions which are most likely to be affected by the new ruling will be the eight stallions which covered 200 or more mares last season, from as little as 200 right up to a maximum of 267.

The annual foal crops for North America, which also includes Canada and Puerto Rico, was 44,143 in 1990 and decreased to an estimated 20,800 last year. This decrease represents a fall of 52.9 per cent, while US mares have declined at a comparable 54.1 per cent and US stallion numbers have fallen further by 80.3 per cent. These figures can been seen in the United States of America table below, which also includes the percentage increase or decrease for each decade over the last 30 years for US stock only. The ratio figure is the mean average book size, how many mares are available compared to each stallion, and this has seen an increase of 132 per cent from 1991 to 2019.

In Kentucky alone there has been a 16.6 per cent increase in mares from 1991 to 2019 and a corresponding decrease of almost 54.3 per cent in the number of stallions, which subsequently saw their ratio increase by 155 per cent.

Only in the fullness of time will the effects of the recent AJC rule change be discovered, but some believe it has to make a positive impact on harmful inbreeding within the breed and reduction of genetic bottlenecks in future.

Others are more concerned with the practicalities of the application, such as the increased cost of covering to favoured stallions and less stock being bred overall as a consequence. Sales could also be affected, with a wider selection of stallions on the one hand and possibly little to no representation from the top tier stallions which are bred by owner/breeders or snapped up in private purchases if they do become available.

On the other hand it may well be that stallions lower down the order may receive better quality mares and as a result may thrive, producing a variety to the gene pool which may not have been discovered otherwise. These stallions may also benefit more from level books which gives them the same number of opportunities to shine on the track as the most popular stallion of the year. On the negative, the reduced earning capacity for syndicated stallions may reduce the number of stallions retiring to stud and do the complete opposite of what the rule was designed for.

Simon Cooper, in his role as Secretariat to the International Stud Book Committee (ISBC), reports: “The International Stud Book Committee has a responsibility to consider all matters, including genetic variability in the global thoroughbred population, which might impact on the integrity, health and welfare of the Thoroughbred. As part of this work, it maintains the ‘Requirements and Guidelines for Gaining and Maintaining Approval’ as a Thoroughbred Stud Book, which provides the template and sets compliance standards of all 68 approved thoroughbred Stud Books to protect the integrity of the thoroughbred breed.

“The question of setting rules which might apply to inbreeding is a decision for Stud Book Authorities within each individual breeding jurisdiction, in consultation with breeders and their recognised representative organisations.”

Cooper continues: “There have been a number of studies undertaken on the inbreeding coefficient [the computed likelihood of a gene being duplicated during reproduction, with a higher number signifying an increased risk of inbreeding] of the Thoroughbred population including by some members of the Committee (in Australia, Britain, France, India, Ireland, Japan, New Zealand, OSAF, South Africa, USA) and some are planning studies in their jurisdiction. However, it is only in recent years that the capabilities of single nucleotide polymorphism [SNP, testing a segment of the genetic material] genomic technologies have allowed us a much more precise view of genetic variability and it is from this data that breeders and breeder representative organisations can set out management strategies.

“Controlled governance of such strategies, alongside support from experts will be important to maintaining and enhancing the integrity, health and welfare of the Thoroughbred for future generations.”

While data continues to be gathered and further genomic study is possible, with constantly improving technology and reduction in cost, some studies in this area have already shown that the UK/Irish thoroughbred is more inbred than its American counterpart (at an inbreeding coefficient of 0.028 and 0.015 respectively). There appears to be no appetite from either breeders or administrators to bring in a stallion covering cap like the AJC as yet, but how is the data shaping up in these local markets?

The table below shows the changes in the breeding British and Irish thoughbreds over the last 30 years, although data separating the two regions was not available for 1991 and 2000.

During this time period, active mares have increased by 7.7 per cent in Britain and Ireland overall, while stallions have decreased by 67.8 per cent. This has created a mean book size or ratio of 68.2 which is an increase of 234 per cent since 1991. When this is compared with the increase of 132 per cent over the same timeframe in the US it is easy to understand why the British and Irish thoroughbred is beginning to show a higher inbreeding coefficient in studies compared with its American counterpart.

The table below shows the number of stallions and the books they covered last year in the different regions. The Irish stallions have covered the largest books, with 12.9 per cent of the stallions covering books greater than 150, compared with 2.17 and 2.14 per cent in the USA and Great Britain respectively.

These figures are concerning, but further data is required to differentiate National Hunt stock, which may have a lower percentage returning to stud to breed and therefore have a reduced impact on harmful inbreeding. There has also been improvement in Ireland in recent years as in 2016, 37 stallions covered over 150 mares and this has decreased by 29.7 per cent to 26 last year, while 19 stallions covering books of over 200 mares has dropped to just six – a decrease of 68 per cent.

CONCLUSIONS TO BE DRAWN

The data above is designed to highlight the trends and open the path for constructive discussions on how to take the thoroughbred into the future for generations to come. There is no need to blame or point fingers – as we have seen in the climate change arguments this is rarely helpful and tends to create battlefields where nobody wins. By looking back at this data, we can now look forward to the future.

The hope is that breeders can have open discussions to move forward into a brighter future and understand the impacts of this data now that it is beginning to become available. There is hope and we can all play our part to make a difference. The situation has improved somewhat in Ireland over the last four years; the AJC ruling may also help and steps are being made in the right direction.

As with all discussions on genetic study, it must always be reiterated that it is thought to have up to 35 per cent influence on an individual’s potential – the other 65 per cent is due to nurture and the environment. This is not to dismiss the risk of damaging inbreeding, but to highlight that using a second, third or even fourth preferred stallion for a mare may offer more diversity in the genes without risking the resultant offspring’s potential too much.

Indeed, breeding in this manner slowly to unravel any inbreeding problem is thought to be one of the best ways to resolve the issue and provide a more diverse gene pool in the long term. Breeding an individual showing a high inbreeding coefficient to its genetic polar opposite has the effect of polluting that gene pool and making the problem worse, effectively snuffing out the remaining ember needed to reignite the fire. Like untangling a ball of string, putting the two oposite ends together and pulling just creates a large knot. It is better to spend the time carefully unwinding one end, through each hurdle until you reach the other side and in the process save the piece of string intact. 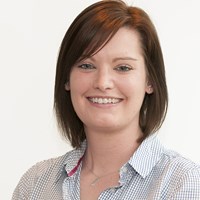 Currently a Deputy Editor at European Bloodstock News, Lisa previously spent nine years with Darley/Godolphin in various departments, including Pre-Training, Racing and Sales, alongside PA and Racing Secretary roles. Prior to this she graduated the National Stud Breeding Course, spending three years full-time on studs and followed with three years part time whilst gaining a degree in Equine Science, which was rounded off with the BHA Graduate Programme.