Four stallions gave pinhookers plenty of reasons to celebrate at the 2020 yearling sales.

Quantifying the full economic fallout from the Covid-19 pandemic is a long way off. No one knows how deep the setback or for how long it will last. It is the same for the bloodstock business, although we have begun to understand the immediate effects on the bloodstock sales market with the vast majority of European yearling sales now in the record books. Back it March there was a great deal of fear that races would not be run or sales horses wouldn’t get sold. Seven months on and it’s fair to say everyone is more relaxed than they were and stoically prepared to suffer some setbacks.

As things turned out for some those losses were not as great as once imagined. The five main yearling sales, comprising Goffs Orby, Doncaster Premier, Arqana and Tatts Books 1 and 2 collectively recorded an average price down just 14% on last year. But there were winners and losers among this group, some being lucky enough to sell at the buoyant Tatts Book 2 while others experienced more of the pain selling at Goffs Orby and Doncaster Premier, two sales that were bereft of the big spenders and suffered setbacks in average of 35% and 27% respectively. So how did the foal buyers of last year fare this time around?

To provide some context to trading conditions, 898 pinhooked yearlings sold in 2019, but only 408 made a profit after we factor in keep costs of £10,000. That’s only 45% and it doesn’t even include other expenses like sales prep and commissions paid to agents on both transactions. All told, £31 million in foal investment was turned into almost £53 million in yearling receipts and after costs it left a clear margin of £12.9 million, or a return on investment (ROI) of about 32%.

This time around, and it should be remembered that there are still some auctions outstanding, 795 foals purchased as foals last year were sold again as yearlings in 2020. They grossed £44.7 million having cost £28.4 million as foals. And when we factor in an average upkeep charge of £10,000 per horse, they ROI works out at 23%, down nine percentage points from last year. So, instead of £12.9 million clear profit in 2019 – or £14,365 per horse – this year’s sellers had to be content with of an average profit of £10,440 per horse, a fall of 27%, which pretty much reflects how the yearling market performed this year.

The business of buying weanlings and reselling them a year later carries with it plenty of risk. Choose an upwardly mobile sire and the right weanling, then the rewards can be lucrative. Leading first-season sire Mehmas – who has sired a record-breaking 42 winning juveniles so far this year – typifies the risks taken by pinhookers. Not even the most optimistic of us could have foreseen Mehmas’s great year. In fact, sires at his end of the market are just as likely to fail. All of his 13 pinhooked yearlings made money for their investors, with six making £20k or more and two – a colt out of La Cuvee and a filly out of Araajmh – hitting the jackpot with profits of £164k and £117k respectively. In fact, he’s the only stallion with five or more sold to have a 100% record. The combined ROI for his stock was a massive 329% – again the best of the bunch. 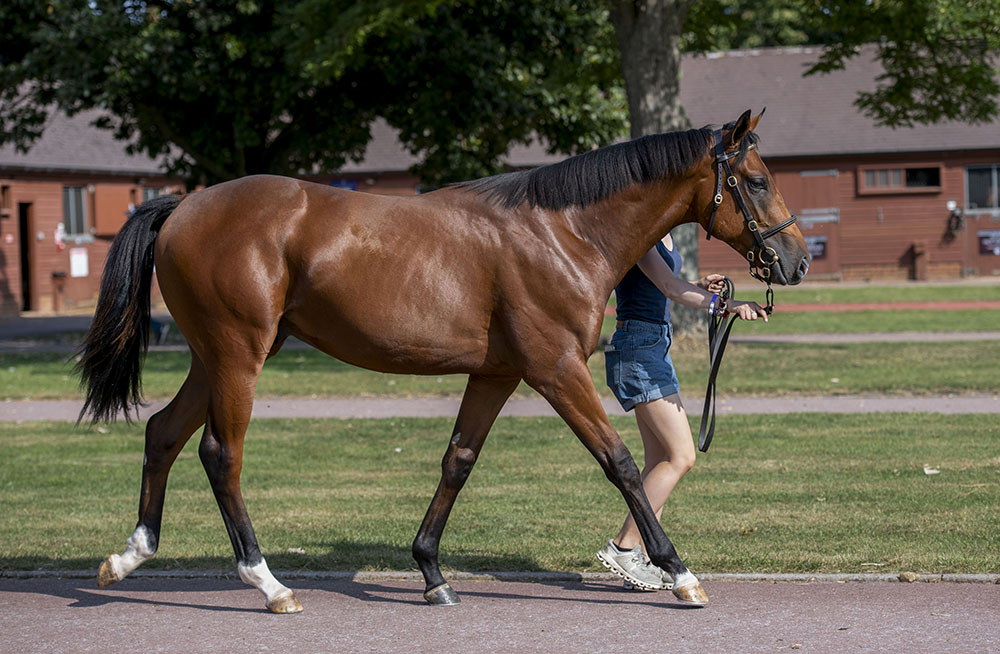 The Mehmas colt out of La Cuvee, sold for £190,000 at the Tattersalls Ireland September Yearling Sale, reaped a £164,000 ROI for Beechvale Stud.

Only three other stallions posted ROIs of more than 100%. Ballylinch’s New Bay is another example of what happens when you choose the right sire at the right time. His excellent first crop, which included Group winners New Mandate and Saffron Beach, gave buyers confidence to spend a bit more on his second crop and five of his six pinhooked yearlings made money, including his son out of Love Rare, which made a profit £173k.

Wootton Basset, who had been in the news this summer for a few different reasons, also did well turning a £72,452 foal average into a £179,525 yearling average and ten of his 11 made a profit. Nice two-year-olds like Group 2 Champagne Stakes winner Chindit, plus Group 1 Prix de l’Abbaye winner Wooded, clearly help his cause.

Not many would have chosen Sea The Moon as an upwardly mobile commercial sire at the outset of his career but the emergence of Alpine Star has proved what he’s capable of when he gets a good mare. Four of his five pinhooked yearlings made money but his star was the colt out of Qatari Perfection bought for €42,000 as a foal and resold at Tattersalls Book 2 for 200,000gns. 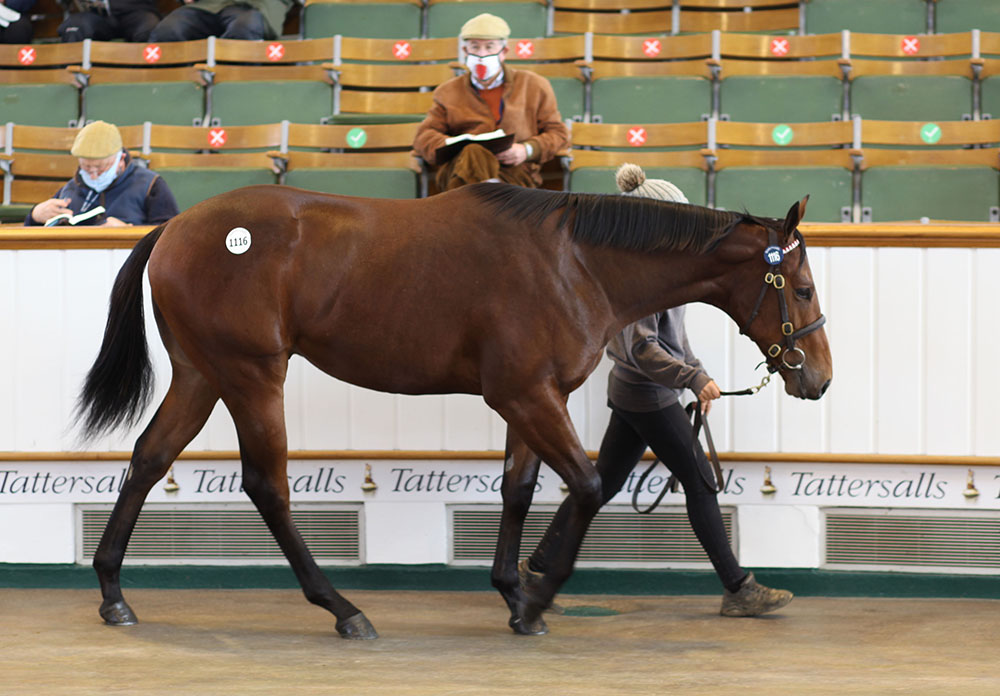 The Sea The Moon colt, offered by Kilminfoyle House Stud as agent at Tattersalls Book 2, saw his foal price of €42,000 appreciate to 200,000gns when reselling to Stroud Coleman Bloodstock.

In term of average profit, just as they did a year ago the Sea The Stars pinhooked yearlings did well, his four best bringing home a profit of at least £185k, while those by Night of Thunder and No Nay Never, produced from his last low fee, also found favour among yearling buyers.

The question now is: what will be the appetite among foal-to-yearling investors come the next round of foal sales, whenever and wherever they take place?