He might not yet have reached the heights of his illustrious father, but Gleneagles has made a fine start to his stud career. John Boyce takes stock of his first three crops of runners. 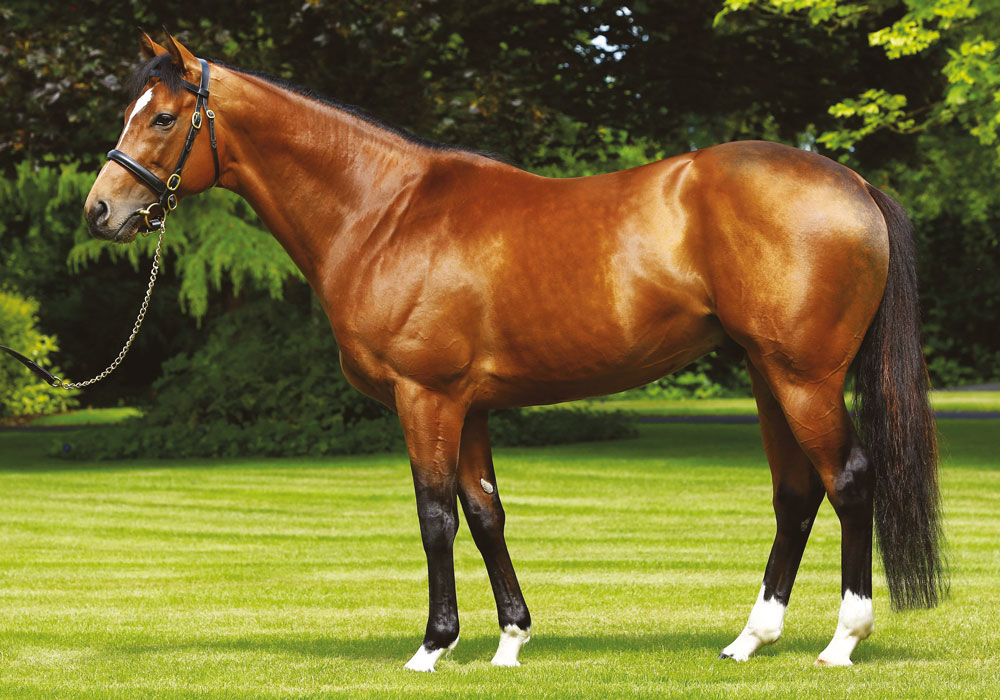 Back in the spring of 2016, you’d have been hard pressed to find a better stallion prospect than Gleneagles. He was part of a new-stallion intake that also featured the likes of Golden Horn, Night Of Thunder and Muhaarar. But as a son of the great Galileo out of a full sister to the colossus that was Giant’s Causeway – a Timeform 132 rated six-time Group 1 winner – there were certainly no gaps in his resumé. Moreover, since producing Gleneagles, his dam, You’resothrilling – a fine filly in her own right and winner of the Group 2 Cherry Hinton – has gone on to produce a swathe of Stakes-winning full siblings to Gleneagles, now counting six Group winners and four Group 1 winners among her progeny, the latest being this year’s Group 1 Prix de Diane heroine Joan Of Arc. 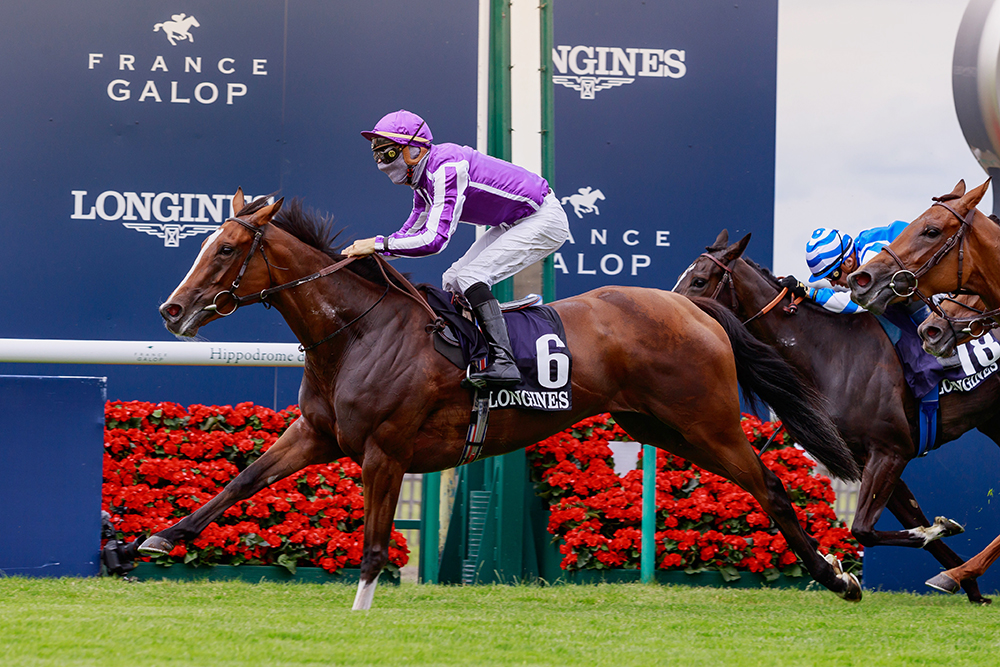 Joan of Arc, one of six Stakes-winning full sublings to Gleneagles, adds further lustre to his pedigree by winning the Group 1 Prix de Diane.

At two, Gleneagles took the tried and tested local route to the top of the juvenile staying ranks, winning the Group 3 Tyros, followed by the Group 2 Futurity and then the Group 1 National Stakes. On his first venture abroad, Gleneagles failed narrowly to deal with Full Mast in the Group 1 Grand Criterium and was then demoted to third for interfering with Territories.

A much better fate awaited him on his next overseas trip when he again defeated Territories, this time fair and square, in the 2,000 Guineas on his seasonal bow at three. It was to be the start of a fine spring and early summer for Gleneagles, who quickly added the Group 1 Irish 2,000 Guineas and then cemented his position as the leading three-year-old miler with a decisive victory in the Group 1 St James’s Palace Stakes at Royal Ascot.

Thereafter, events didn’t really pan out for the son of Galileo. Off the course for four months waiting for the right underfoot conditions, Gleneagles finally turned out for the Group 1 Queen Elizabeth II, but was nowhere near his best on rain-softened ground and was beaten about three lengths into sixth behind Solow. His career ended ignominiously on a shot to nothing in the Breeders’ Cup Classic at Keeneland where he trailed home last of the eight runners.

But his early summer campaign stayed foremost in the mind and, as a dual Classic-winning miler with a Timeform rating of 128, Gleneagles certainly provoked plenty of interest among breeders with his opening fee of €60,000 at Coolmore. Only the outstanding Golden Horn among European first-season sires attracted a better first book of mares, Gleneagles being by far the best received of the new Irish stallions in 2016.

His first yearlings were hot commodities, averaging over €130,000 for the 51 listed as sold. Perhaps the average price paid for his second-crop yearlings – just shy of €90,000 – spoke to the general feeling about how his first set of two-year-olds had fared on the racecourse. In truth, any Classic-winning miler by the great Galileo standing at Coolmore was going to have expectation heaped upon him. Is he the one, the stallion that might possibly prove a worthy heir for his great sire?

That first set of juveniles featured two Group 2 winners in Royal Lytham and Royal Dornoch, plus two more placed at Group level as well as a Listed scorer. Not bad at all considering his own sire had but a sole Listed winner and two Listed-placed horses among his own first two-year-olds, admittedly from a much lower fee.

Moreover, they seemed progressive by nature – the type that might just flourish as they matured. However, a year further on and neither of the ‘Royals’ had added to their laurels, but he had a new German Group 3 winner in Tabera, who has recently added another Group 3 victory to her tally. And his second-crop youngsters contained three new Group horses, featuring Japan Group 3 scorer Shock Action as well as the highly rated German filly Novemba, who progressed to land the Group 2 German 1,000 Guineas this year and finish just over two lengths fourth to the outstanding Alcohol Free in the Group 1 Coronation Stakes. 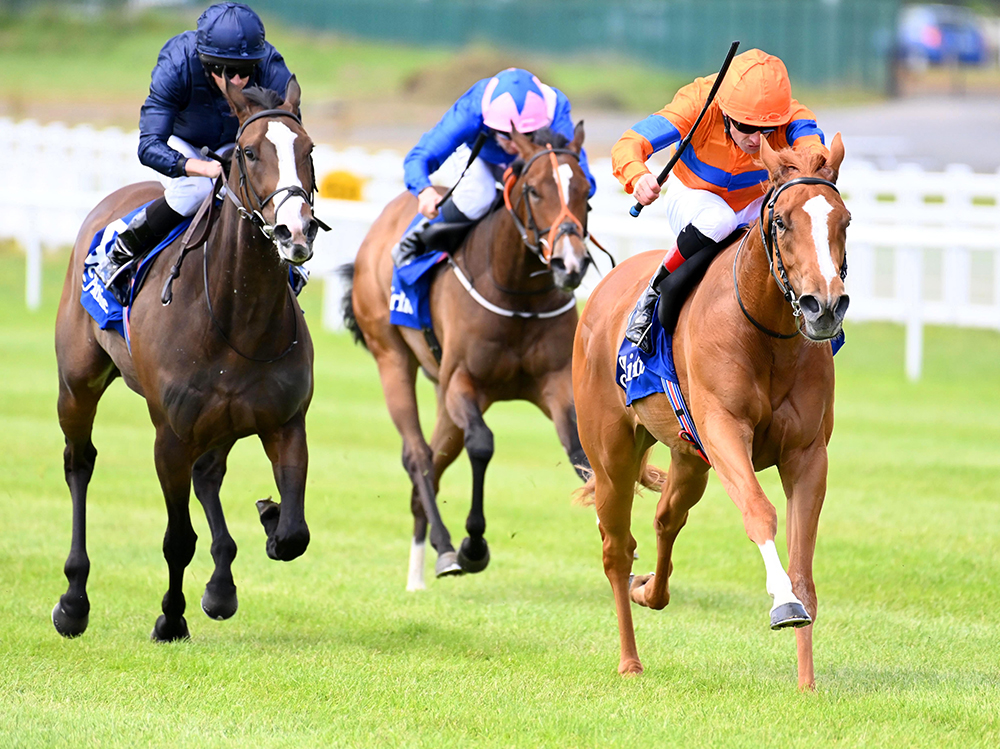 The 2yo Velocidad (right), seen here winning the Airlie Stud Stakes at the Curragh, is one of five individual Group 2 winners for Gleneagles in 2021.

This year, Gleneagles has made it Group winners in all his first three crops as his two-year-old daughter Velocidad was an early Group 2 scorer at the Curragh in the Airlie Stud Stakes. She is just one of an impressive haul of 15 Group or Stakes horses for her sire in 2021 (to 5th Sept.), including six winners at Group level. To put that achievement in context, it might surprise you to know that six Group winners is more than the likes of Lope de Vega, No Nay Never and Wootton Bassett have sired in the Northern Hemisphere so far this term and it’s only two behind Frankel.

Okay, so he’s not his sire’s heir apparent, but Gleneagles is still flying high in 2021 and it is no surprise that breeders continue to support him with high-class mares.