Vadeni’s recent Group 1 successes have seen Churchill build up a substantial lead in the race to become Europe’s Leading 2nd Crop Sire. Martin Stevens charts his rise to the top.

The current crop of European-based second-season sires have looked a relatively evenly matched bunch for some time, but Churchill has set himself apart from his peers by supplying the impressive Prix du Jockey Club and Coral Eclipse winner Vadeni.

The Aga Khan’s homebred colt, a half-brother to the Listed-placed pair Vadiyann and Vadsena out of a winning Monsun half-sister to Group winners Vademar, Vedouma and The Pentagon, has been brought to the boil at just the right time by his accomplished trainer Jean-Claude Rouget.

Vadeni won his first two starts last year, including in a Listed race at Deauville’s August meeting, before staying on all too late when third behind El Bodegon in the Prix de Conde on his last start that season. He was a shade disappointing when only fifth in the Prix de Fontainebleau on his three-year-old bow, but hasn’t looked back since, winning the Prix de Guiche by two and a half lengths and the Prix du Jockey Club by an imperious five lengths, and defeating a top-class field for the Eclipse that comprised – in order of being beaten – Mishriff, Native Trail, Lord North, Bay Bridge and Alenquer.

Vadeni, who became the first French-trained horse to win and keep the Sandown spectacular since 1960 and the first winner for the Aga Khan on British soil since Harzand took the Derby in 2016, might not be the biggest individual, but he has seemingly been blessed with an exceptional turn of foot and admirable versatility, with his French Classic score at Chantilly coming on soft ground and his Eclipse victory on good to firm. 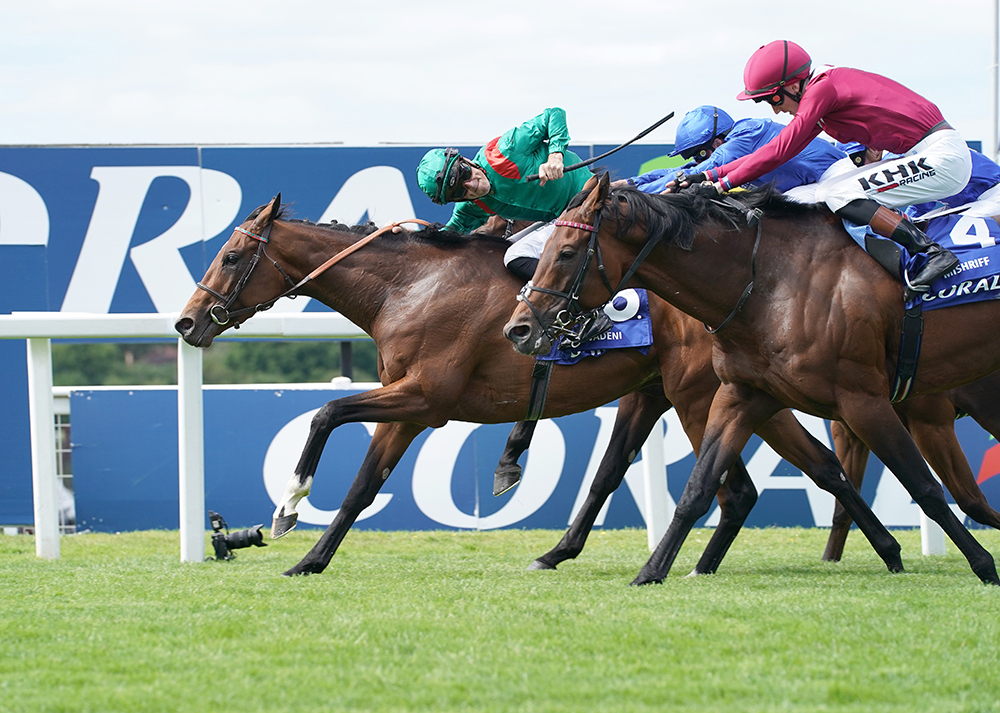 Vadeni becomes the first French-trained horse to win, and keep the Eclipse Stakes since 1960

Churchill must take some of the credit for imparting those gifts of acceleration and adaptability, if not the more compact frame. The imposing son of Galileo often stalked the pace before pouncing on his rivals in the final furlong, and his signature successes in the Newmarket and Curragh 2,000 Guineas were achieved on the contrasting going descriptions of good to firm and yielding.

Vadeni remains, for now, the only Pattern winner in Britain or Ireland by Churchill but the sire is no one hit wonder. He would have at least two on his record but for the fact that another son, Grand Alliance, hung left near the finish and handed a narrow victory to Changingoftheguard after coming with a withering late run in the King Edward VII Stakes at Royal Ascot.

Churchill also has German Group 3 winner Queroyal, Listed scorers Il Grande Gatsby, Ladies Church and Snaffles, and stakes-placed Apache Outlaw, La Estrellita, The Acropolis, Unconquerable and Zain Sarinda on his record, along with several handicappers who possess a touch of class such as Hamaki and Ingra Tor.

Churchill is also portrayed in a good light by statistics available on this website. For instance, at the time of writing, his 44% winners to runners strike-rate this year is bettered only by the upwardly mobile Haras de Bonneval resident Zarak among those with 20 runners or more.

He is delivering black-type winners at a clip of 3%, which is some way behind the top of the class Zarak, but that is probably to be expected when he has been represented by so many more runners.

Those Stallion Guide stats yield another exceedingly interesting morsel of information, in his progeny’s average winning distance this year. It is clocking in at nine furlongs, only half a length less than the figure belonging to a more stoutly bred sophomore sire son of Galileo in Ulysses, who indeed outstayed Churchill to win the Juddmonte International.

The fact that Churchill’s progeny seem to stay so well might be a little surprising when you consider he was a relatively forward two-year-old who was crowned champion that season, and did the 2,000 Guineas double, but we must remember that he is a son of the stamina-packed Galileo after all, and that he will have covered a good few classically bred mares when he stood his first two seasons at Coolmore at a fee of €35,000.

That much is clear from the pedigrees of his early flagbearers. Vadeni’s dam, Vaderana, won over 1m3½f and is by Monsun, a byword for stamina; Grand Alliance is out of Endless Love, an unraced Dubai Destination half-sister to Imperial Cup winner Baltimore Rock; and Queroyal’s dam, Queenie, was a Group 3 winner over 1m1½f and by the classy sprinter Areion, but is otherwise related to oodles of German middle-distance performers.

The Acropolis showed last year that Churchill can get a speedier, more precocious sort when given his chance with a sharper mare, though. The colt is out of Hairy Rocket, a 5f winner and Queen Mary Stakes third by Pivotal, and he was duly among his sire’s first winners when scoring in a Listowel maiden in June 2021 by a wide margin, before not being beaten far when finishing midfield in the Coventry, Railway, Vintage and Futurity Stakes last summer.

Ladies Church has been another good advert for sending faster mares to the sire. Out of Rioticism, a daughter of Rio De La Plata who was a Listed winner over the minimum trip, she won the Marwell Stakes and finished third in the Round Tower Stakes last season, and was beaten only a neck into second by Sacred Bridge in the Polonia Stakes over 5½f on her first start at three this year.

(Editor’s note: Ladies Church has since gained her first Group race success in the Gr.2 Sapphire Stakes over 5f at the Curragh). 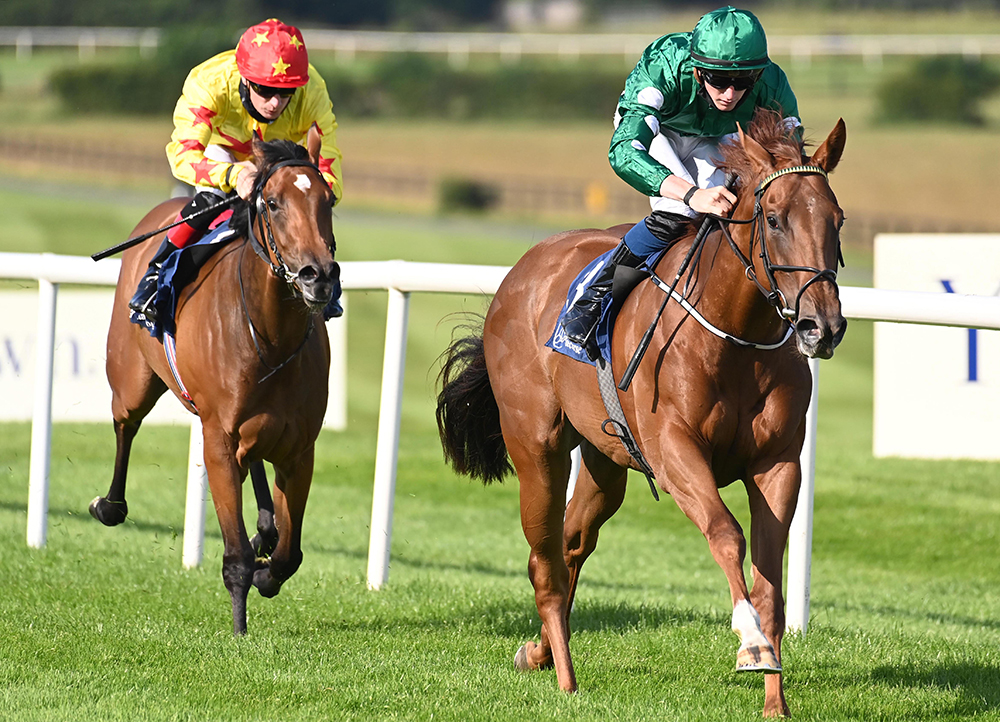 They are Monsun (by Königsstuhl), Dubai Destination (by Kingmambo), Miswaki Tern (by Miswaki), Pivotal (by Polar Falcon), Singspiel (by In The Wings), Danetime (by Danehill), Oasis Dream (by Green Desert), Areion (by Big Shuffle), Elusive Quality (by Gone West), Rio De La Plata (by Rahy), Intense Focus (by Giant’s Causeway) and Dubawi (by Dubai Millennium).

In Churchill, then, breeders have access to a sire who not only produces high winners to runners ratios and the odd superstar like Vadeni, but is also refreshingly multi-purpose, able to produce anything from a sprinter to a middle-distance horse, depending on the type of mare sent to him. 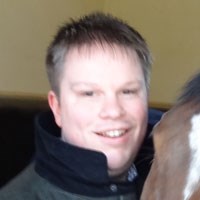