In the first of his series on the unproven stallion sons of Dubawi, Adam Potts looks at Night Of Thunder, whose first crop yearlings will feature at the forthcoming Goffs Orby and Tattersalls October Yearling Sales 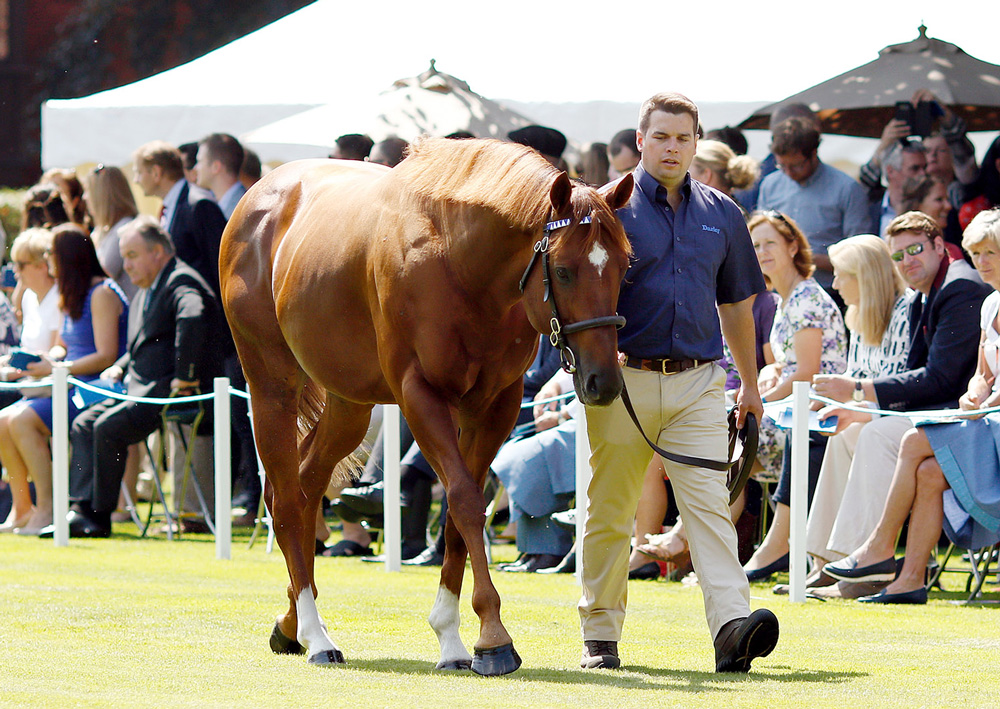 Night Of Thunder at the 2018 Darley Stallion Parade

Dubawi, who recorded his 100th individual Group winner in July, has become Britain’s most successful sire ever and the most wonderful stallion for the Darley operation, not least because he carries on the legacy of the great Dubai Millennium – a horse for whom Sheikh Mohammed had great fondness. With Dubawi’s stud fee at a quarter of a million pounds, he is unreachable to most breeders. They instead will seek to utilise the success of Dubawi through his sons and will be hoping he can become a sire of sires. Poet’s Word’s excellent summer, winning both the Prince of Wales’s Stakes and the King George VI and Queen Elizabeth Stakes has showcased the what could lay ahead for Dubawi’s sons, being by the late Poet’s Voice, who stood his last season at £6,000, which now seems to be tremendous value with the benefit of hindsight.

Night Of Thunder is the first in our series to be assessed, with the bulk of his first crop yearlings soon to reach the sales ring. Like Dubawi, he is a Guineas winner – the shock winner of the English equivalent for Richard Hannon at 40/1, beating Kingman and Australia. It proved to be no fluke, for he was then to finish runner-up to Kingman in the St James’s Palace Stakes, followed by two narrow defeats to Charm Spirit (whom he beat in the 2,000 Guineas) in the Prix du Moulin and the Queen Elizabeth II Stakes, arguably unlucky not to have finished closer on both occasions. Kept in training at four, he won the Lockinge on his first start back, and retired with a peak Timeform rating of 126. Moreover, to further enhance his stallion profile, he was a 6f Stakes-winning juvenile, when showing an impressive turn of foot in the Doncaster Stakes. However, the market did not expect him to be so talented, as he was sold for just 32,000 guineas in Book 1 of the Tattersalls October Yearling Sales. 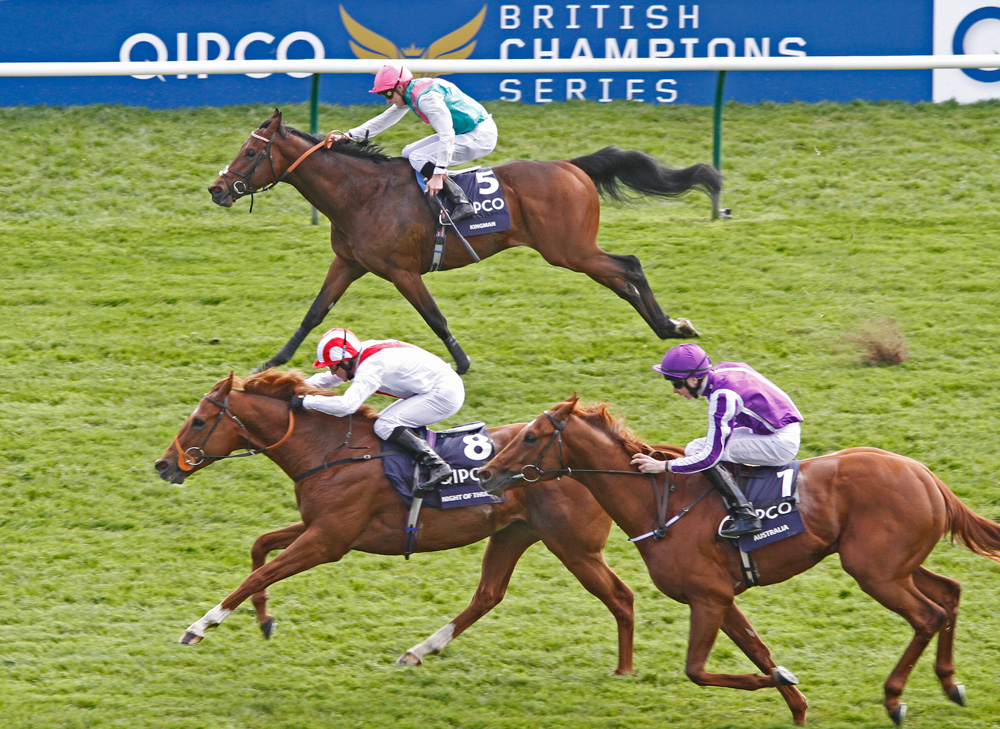 Night Of Thunder beats Kingman and Australia in the 2,000 Guineas at Newmarket

Coolmore’s decision to send a stellar book of mares to Dubawi this year is a most exciting development. It is a fusion that we have so desperately lacked over the years; the merging of Europe’s two best active sires. Night Of Thunder is from that very cross, with his Stakes-performing dam Forest Storm being a daughter of Galileo, and Night Of Thunder being her only foal. Trained by Jim Bolger, she showed plenty at two, winning on her debut by over five lengths at the Curragh before finishing second in the listed Flame Of Tara Stakes over a mile, earning a Timeform rating of 99. Forest Storm hails from the proven Galileo-Green Desert line cross which has produced the Oaks winner Was and Australia, a son of Green Desert’s granddaughter Ouija Board. This is through Night Of Thunder’s Blacktype earning second dam Quiet Storm, a daughter of Desert Prince.

Further back in the pedigree is a strong foundation, with his fourth dam Forest Flower being crowned Champion Two-Year-Old Filly in 1986, winning the Mill Reef, Cherry Hinton and the Queen Mary (in addition to being disqualified in the Cheveley Park Stakes after finishing first past the post) before winning the 1987 Irish 1,000 Guineas. She was the daughter of Fillies’ Mile winner Leap Lively, who later finished third in the Epsom Oaks and runner-up in the Yorkshire Oaks.

Those who sent mares to Night Of Thunder this year will have been pleased to find his yearlings were well-received at the Arqana Deauville August Yearling Sale, with Man Of The Night, out of a winning daughter of Champion Mare and triple Group 1 winner Mandesha, realising €350,000 to Rabbah Bloodstock, who owned Night Of Thunder for his Guineas win. Two additional lots by the sire reached six figures at the sale, and he has nine lots catalogued for the prestigious Book 1 of the Tattersalls October Yearling Sale. 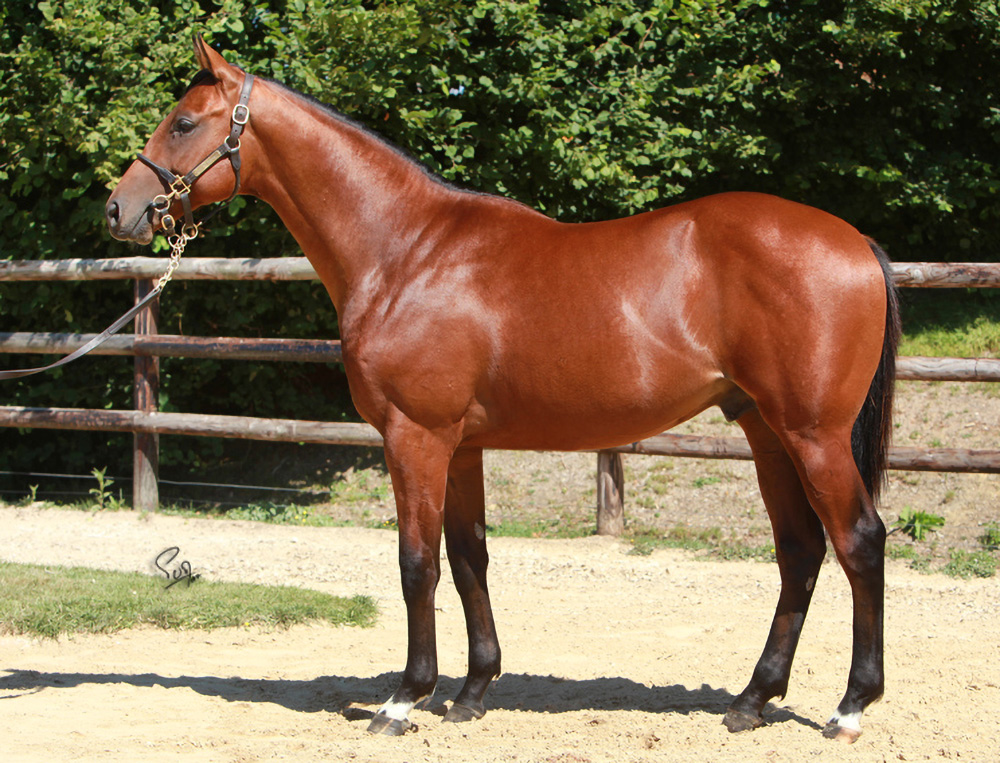 A Classic winner with a turn of foot and a beautiful cross to boot, he has strong credentials at a competitive fee. Sustained support in each of his three seasons at stud shows breeders are hopeful of his prospects, and so far, yearling buyers also appear to be Night Of Thunder optimists.