The Star that keeps on rising

The recent exploits of Europe’s best stayer Stradivarius, Crystal Ocean, Classic winner Sea Of Class and Knight To Behold have reinforced Sea The Stars’ reputation as a consistent sire of high class horses. The son of Urban Sea has sired nine Group 1 winners to date, with Crystal Ocean’s gallant effort in defeat to Poet’s Word in the King George VI and Queen Elizabeth Stakes surely making him the best non-Group 1 winner in training. 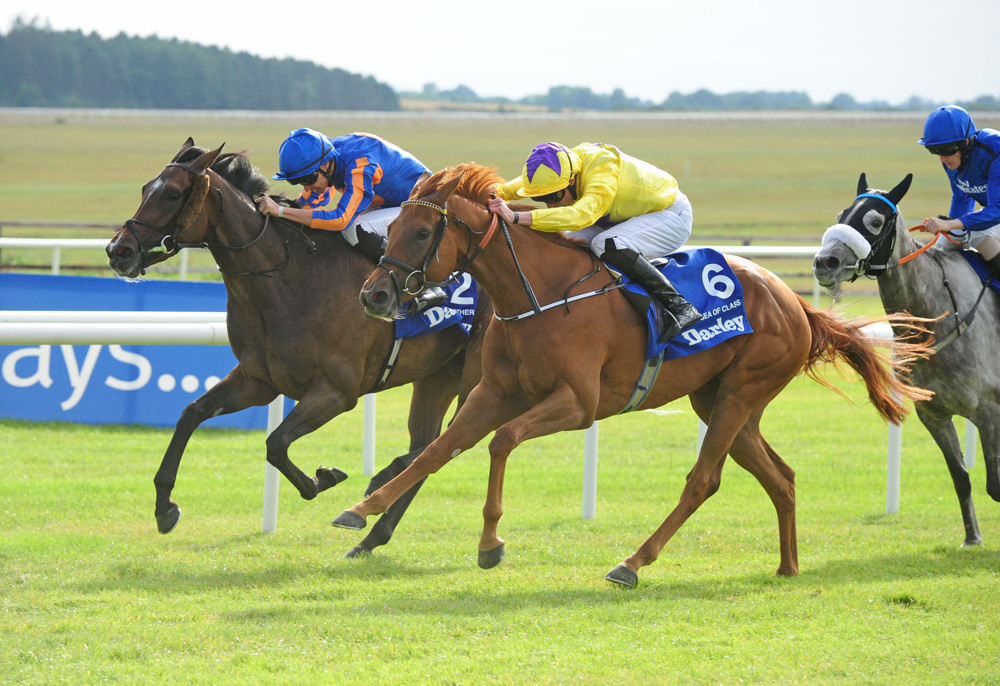 Winner of six Group 1 races, including the Derby and Arc, Sea The Stars went down as one of the all-time greats; his Timeform rating of 140 leaving him on a par with Dancing Brave, Dubai Millennium and Shergar. He was born in 2006, the same year his half-brother Galileo propelled himself into the domain of excellence with his first crop who had were then three years old, with Nightime and Sixties Icon both winning Classics (Irish 1,000 Guineas and St Leger respectively), in addition to Teofilo stamping himself as the top juvenile of his generation by winning the National Stakes and the Dewhurst, and Red Rocks winning the Breeders’ Cup Turf. This extraordinary record resulted in Galileo’s fee rising to €150,000 for 2007. So not only did Sea The Stars enter stud in 2010 as the best racehorse to have graced the turf for quite some time, he also arguably had the best active pedigree in horse racing.

It must, however, be noted that Sea The Stars didn’t enjoy sustained numerical support by his breeders in his initial years at stud. A possible reason for this was that his sire Cape Cross, the son of Green Desert who started out his stud career at a mere IR£8,000, had yet to become a sire of sires. This was in spite of him being capable of producing thorough Champions such as Golden Horn and Ouija Board, as well as the 2016 Irish 2,000 Guineas winner Awtaad. Notwithstanding such extensive success at stud, Cape Cross never stood at a fee in excess of €50,000 and Sea The Stars epitomised how unforgiving a place the stallion industry can be — even as an Arc winner, out of an Arc winner.

Although his advertised fee has never dipped, it has taken time for both breeders and the market to recognise Sea The Stars’ full capabilities. His initial fee of €85,000, which stayed static for his first five years at stud, was subject to various peaks and dips in the size of his book of mares. His first crop yielded 117 foals, dropping 43 per cent a year later to 67, to nearly doubling to 124 in his third book — arguably the most dreaded book of all for a developing sire, as his first runners reach the track concurrently with the covering season. He then experienced another dip in 2013, his fourth book, dropping to 74 foals from a book of 82 mares covered.

Like himself and his half-brother Galileo, Sea The Stars’ progeny don’t come to hand early, so he also got off to an expected sluggish start with his first crop of juveniles, yielding 12 winners. But his progeny vastly progressed from two to three, with 14 Stakes winners emerging, including two Classic winners through the exceptional Epsom Oaks and King George VI and Queen Elizabeth Stakes heroine Taghrooda and Deutsches Derby winner Sea The Moon. The latter, now standing at Lanwades Stud at a fee of £15,000, has his first crop two-year-olds this year and has had three winners in Europe already from a handful of runners. Like his sire, much more is expected of him once his progeny turn three. Interestingly, Sea The Stars’ vastly reduced second crop of foals resulted in more Blacktype performers than his first — 22 in total, equating to a 33% strike rate of Stakes performers to foals.

Given that Taghrooda and Sea The Moon gained their Group 1 wins in June and July, it was too late in the season for those breeders hesitant to use him — he was still unproven — so Sea The Stars had to wait until his crop of 2016 foals reached the ground before once again attracting a three figure book, something which he has managed to attain every year since.

Helped by dual Derby winner Harzand arriving on the scene, he covered his largest book yet in 2017 (this year’s results not yet being publicly available) and he now appears to to be recognised by both the market and breeders alike as one of the best stallions at stud, resulting in his fee rising by €10,000 to €135,000, having been increased to €125,000 from €85,000 for the 2015 season after his high-performing first crop excelled themselves at three. 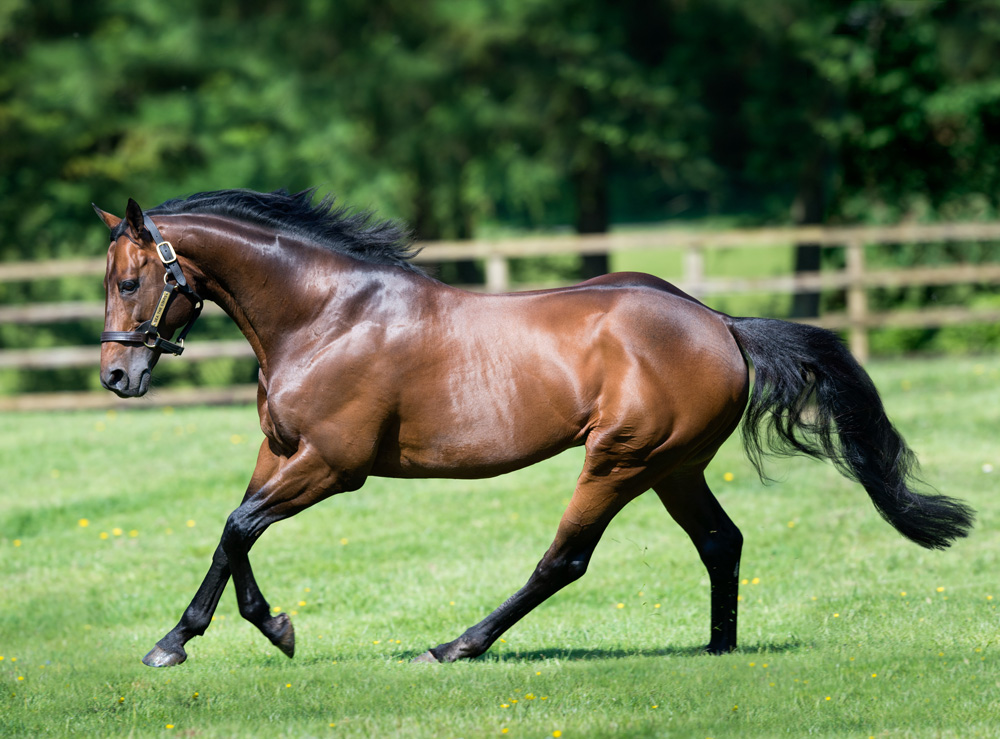 He also managed his best ever clearance rate of 87% at the yearling sales last year, where his overall average exceeded €230,000 and his most expensive yearling was a 1,000,000 guinea colt out of the winning Shamardal mare Elegant Shadow, sold to Phoenix Thoroughbreds at Tattersalls Book 1. Named Dilmun Dynasty, this colt is currently in training with Sir Michael Stoute, and, with his grandam being a Stakes-winning daughter of Galileo, he is 2x4 inbred to Urban Sea — inbreeding which this year’s Epsom Derby winner Masar shares, being 3x4 inbred to the blue hen.

Sea The Stars has six sons at stud, which is an achievement in itself considering he himself is only twelve. These are headed by Sea The Moon and Harzand, the latter covering 96 mares in his first book, over a quarter of whom were themselves Stakes performers. Al Shaqab Racing’s Zelzal retired to Haras de Bouquetot this year at a fee of €8,000, and offers the appealing profile of being Sea The Stars’ only Group 1 winner over a mile, having won the Prix Jean Prat. Dual Derby-placer Storm The Stars also retired to France this year after a spell racing in Australia for Chris Waller, standing at Haras du Lion for €4,000. The Irish National Hunt stallion ranks also boast the blue-blooded Affinisea, an €850,000 foal who is a half-brother to successful sire Soldier Of Fortune. A maiden winner, he stands at Whytemount Stud for just €1,500 and covered 130 mares in 2017. American breeders also have access to one of his sons in the Aga Khan-bred Stakes winner Behesht, who is a three-parts brother to Grand Prix de Paris winner Bekhabad and boasts being out of a Group 2 winning mare, with the Group 1 winner and Arc third Behera as his grandam.