In the second part of our series assessing Dubawi’s sons at stud, we delve into New Bay, who this year stood his second season at Ballylinch Stud at a fee of €20,000.

Earning a peak Timeform rating of 128 when in the hands of Andre Fabre, he beat globetrotter Highland Reel when winning the 2015 Prix du Jockey Club after finishing an unlucky runner-up to fellow Ballylinch stallion, Make Believe, in the Poule d’Essai des Poulains. Then prepared for the Arc after his Classic win, New Bay won two Group 2s before arriving at Longchamp second favourite to the mighty Treve. He produced a gallant effort when finishing just over two lengths behind Golden Horn, and still managed to beat a top-class field in the process which included Treve, Free Eagle and subsequent Arc winner Found. 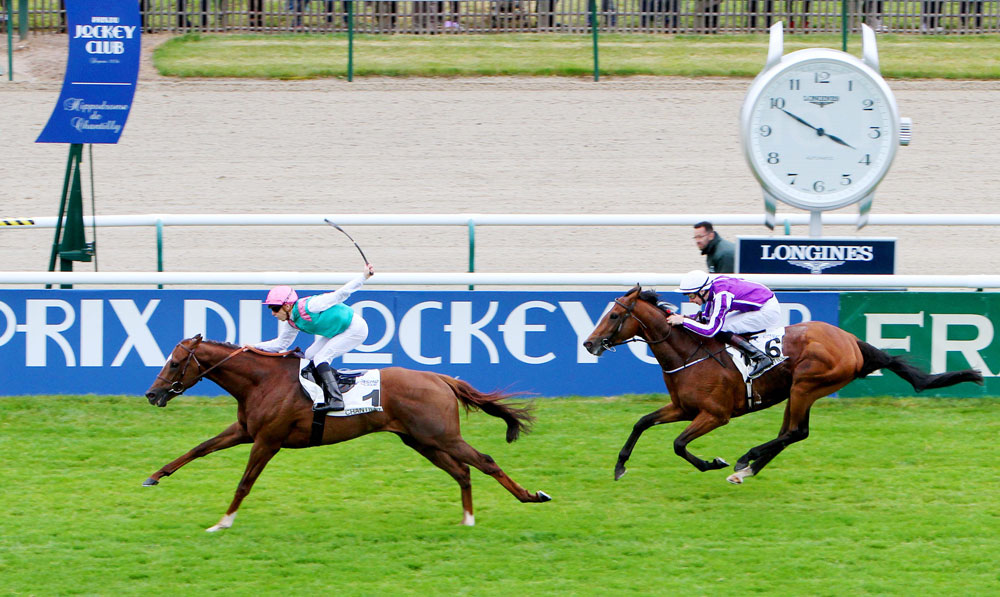 Among the best of his age group, he was notably versatile too, showing form at the top level from eight to twelve furlongs. He was able to cope with various ground conditions, winning the Prix Niel convincingly on soft while running his best performance on ratings when third in the Prix de l’Arc de Triomphe on good to firm.

Kept in training as a four-year-old, he didn’t reach the heights of his previous campaign, winning a Group 3 as a stepping stone towards another tilt at the Arc (run at Chantilly), which didn’t go to plan when being faced with too much ground to make up behind Found.

Not only is his Dubawi sire-line highly desirable for breeders, but he also comes from a brilliant Juddmonte female family. New Bay’s third dam, the Lingfield Oaks Trial winner Bahamian, has left a legacy at stud by producing Irish Oaks winner Wemyss Bight, dam of Beat Hollow. She also produced Coraline, dam of classy stayers Reefscape and Coastal Path, along with highly successful sire Martaline. It doesn’t end there, for Bahamian’s second foal, Hope, produced the exceptional Oasis Dream, and Poule d’Essai des Pouliches winner Zenda – dam of triple Group 1-winning miler and exciting young sire Kingman, who has already sired a Coventry Stakes winner in Calyx from his first crop in 2018. Bahamian was out of Sorbus, the Irish 1000 Guineas runner-up who was demoted after finishing first past the post in the Irish Oaks.

New Bay’s own dam is Cinnamon Bay, a daughter of Zamindar (making her a three-parts sister to Zenda, dam of Kingman). Zamindar had particular success with his fillies. All of his five Group 1 winners were of the fair sex, including mighty and unbeaten Prix de l’Arc de Triomphe winner Zarkava. A winner at two at eight furlongs, Cinnamon Bay progressed at three to win a Listed race over the same trip, earning a Timeform rating of 107. Upped in class and trip a month later in the Prix de Diane, she finished down the field behind West Wind. Out of Trellis Bay, a daughter of Bahamian by Sadler’s Wells, she is a half-sister to 118 Timeform rated stayer Bellamy Cay, a Prix Maurice de Nieuil winner and a narrow runner-up in the Prix Royal-Oak. 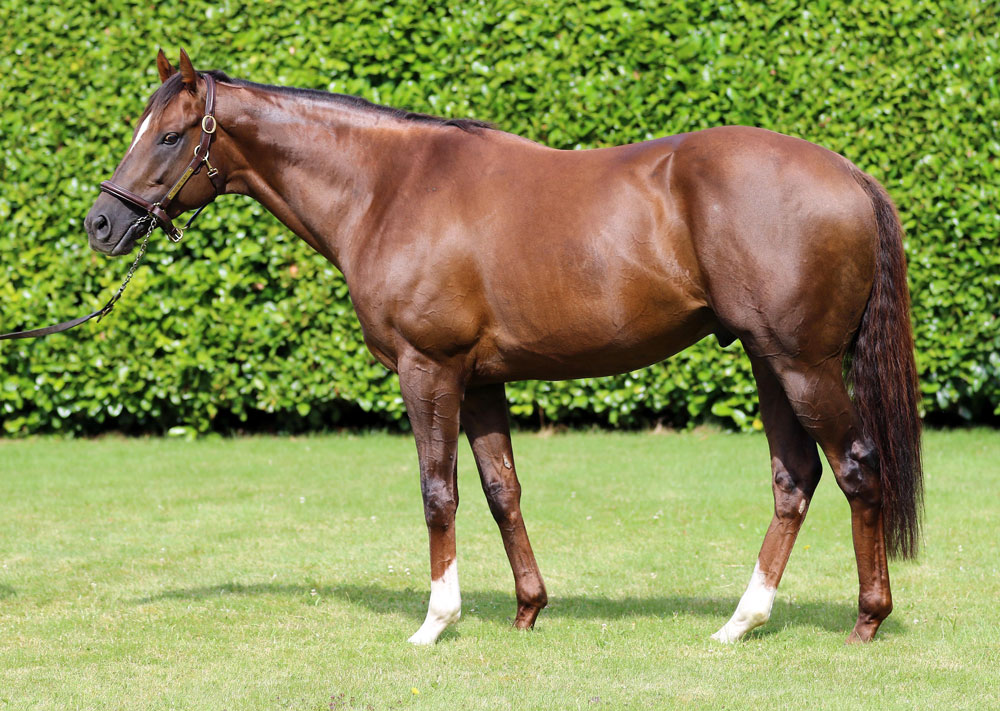 New Bay is a close-coupled horse like his sire Dubawi.

New Bay’s opening book of mares consisted of 119, the majority of which had won, along with 15 Stakes performers. Although complete details on the 2018 covering season will be published in the Weatherbys Return Of Mares at the end of this month, he has reportedly covered 99 mares this season, including 70 winners, 21 of whom are Stakes performers. Breeders will be pleased to hear that Juddmonte, who retained a share in New Bay, have supported him with quality broodmares, including daughters of Heat Haze, Intercontinental and Banks Hill, in addition to half-sisters to Passage Of Time and Derby winner Workforce. A neat, close-coupled model like his sire Dubawi, New Bay’s first crop will feature at the foal sales this winter.