Who can step up from the Guineas?

Racing lore has it that the two Guineas at Newmarket are the last two-year-old races of the preceding season. That has always been stretching a point, but there is indeed a degree to which the first colts’ and fillies’ Classics in Britain owe as much to what has gone as to what has yet to come.

Now they are over, however, the “what has yet to come” inevitably becomes the main focus. In particular, much debate and analysis is likely to be devoted to the question of how far the principals in the races will end up staying. If they get aimed at The Derby or The Oaks at Epsom it will involve them in running an extra half a mile on a track which is very easy in the later stages but uniquely tough in the early ones. The opening half-mile at Epsom is the steepest extended ascent in British racing, flat and jumps. Non-stayers tend to come unstuck.

There are a number of ways of gauging potential staying ability, of course, of which pedigree is perhaps the most important. In addition, there is consideration of the speed and stamina already shown, such as through sectionals, and of striding.

Striding analysis is in its infancy but what is already clear is that cadence – the number of strides a horse takes per second – and stamina are closely linked. Sprinters tend to stride quickly, stayers tend to stride more slowly: the grey area in between is the tricky bit!

The following are some key metrics for the principals in the 2,000 Guineas: namely, the average winning distance for offspring of their sires in Britain and Ireland aged older than two; the percentage of those wins which were achieved at 12f or further; and the peak stride length and cadence late on for the horse in question at Newmarket.

It is worth noting that Saxon Warrior won the Guineas with a burst of speed from 3f out to 1f out on ground that was drying all the while and in a race in which, contrary to what has been reported elsewhere, the early pace was not strong. Such speed, along with his quite high cadence, suggests Saxon Warrior will be rare, but not unique, if he is as good at 12f.

Saxon Warrior’s dam, the Galileo mare Maybe, won the Moyglare Stud Stakes as a two-year-old but seemed not to stay 12f when second-favourite and only fifth in The Oaks at Epsom. She was thereafter returned to a mile.

Masar’s dam, the Cape Cross mare Khawlah, ran her best races at 9.5f on Tapeta when winning the UAE Oaks and UAE Derby. Masar himself has a long and loping stride which should be seen as encouraging for his prospects at longer distances. 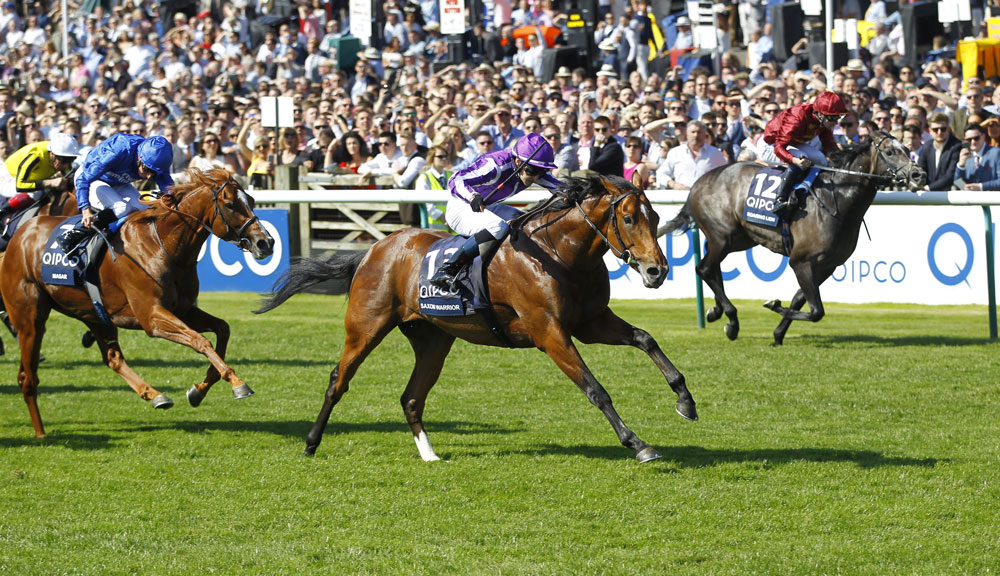 Saxon Warrior stays on strongly to win the 2,000 Guineas with Masar (blue) back in third. These two look the most likely to stay the Derby trip.

Nothing in the sectionals suggest the unplaced horses will reverse placings, though Elarqam shaped like he may need longer distances now. That said, while Frankel’s offspring have tended to stay further than some might have anticipated, only a small proportion of their wins have come at as far as 12f, and Elarqam’s dam was the outstanding miler Attraction.

The same figures for the fillies also require some interpretation. Billesdon Brook – by Champs Elysees, out of a maiden daughter of Manduro who stayed 10f – might be expected to be a middle-distance performer on breeding but won the 1,000 Guineas by exhibiting even sharper speed than Saxon Warrior had done 24 hours earlier. Laurens (Siyouni) and Altyn Orda (Kyllachy) could prove to be milers, though the former has plenty of stamina on her dam’s side and a long stride/slow cadence associated with horses who often stay further.

More encouraging with The Oaks in mind were the efforts of Galileo’s daughter Happily – fastest of all in the final 1f of the 1,000 Guineas, having been tapped for foot – and Wild Illusion. The former’s full brothers and sisters include the 2,000 Guineas winner Gleneagles but also the 12f winner Taj Mahal (renamed The Taj Mahal in Australia).

Not only is Wild Illusion by Dubawi, she is out of a winner up to 16f in Rumh, and her slightly flat finish – she was slowest of the first six home in either Guineas in the final 1f – might well have been down to lack of race fitness.

Of the three-year-olds mentioned, Wild Illusion may be the likeliest stayer of all at 12f, followed by Happily, then Saxon Warrior and Masar. But none of them is copper-bottomed on that score.

That’s part of the beauty – and sometimes the frustration – of racing and of pedigrees. In the end, the racecourse test will be the only one that really matters. 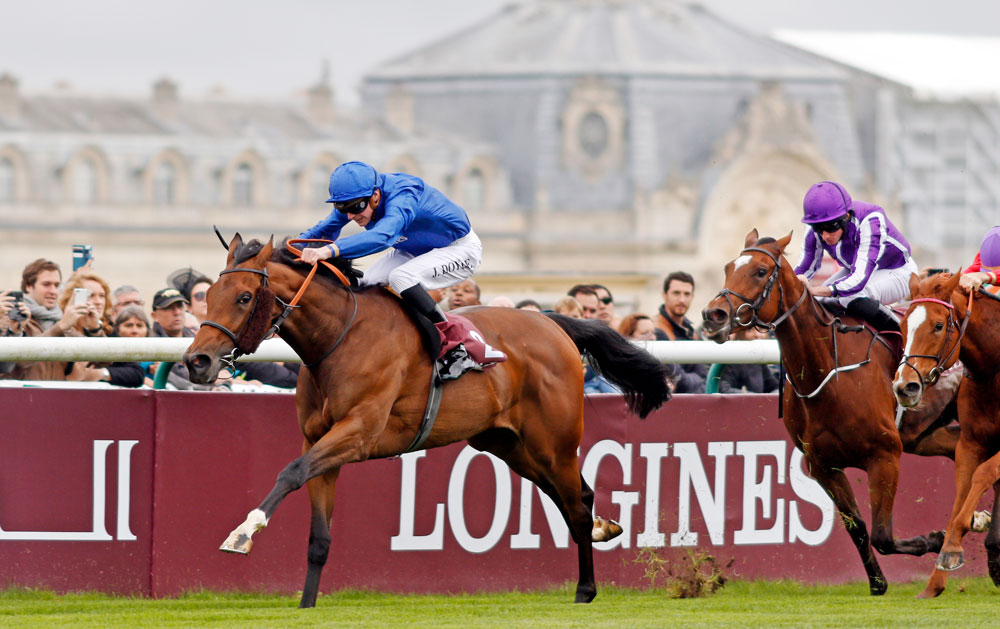