Well Chosen could be just that

With the stores sales upon us, Adam Potts casts an eye over some successful jumps sires operating outside the mainstream

The jumps sire roster has never been better. Oddly, it was the 1,000 Guineas result that backed this statement up. One would be forgiven for thinking her prospects may have been best served away from the Flat if solely glancing at her pedigree. Not only was Billesdon Brook by Champs Elysees – now advertised to National Hunt breeders since moving to Castlehyde Stud in 2017 after seven fairly successful years at Juddmonte’s Banstead Manor – but her maternal sire line includes the revered Old Vic. A certain Annie Power is also apparent in her pedigree, as a distant relation.

With the store sales now upon us, it’s worth focusing on some sires away from the mainstream who have excelled this year, either through the sales ring or the racecourse. Ironically, and as is so often the case with jumps sires, most are in the twilight years of their stud careers, only appreciated when it is nearly too late.

The chief achievement in the bumper division this season was awarded to Well Chosen, who sired Timeform’s top-rated NH flat performer and Champion Bumper second, Carefully Selected. Well Chosen has an unusual profile for a stallion in that he achieved a peak official rating of a mere 80 when trained by Ed Dunlop. That said, he has a stallionworthy pedigree, being by Sadler’s Wells out of a Nassau Stakes winning and dual Oaks placed mare. 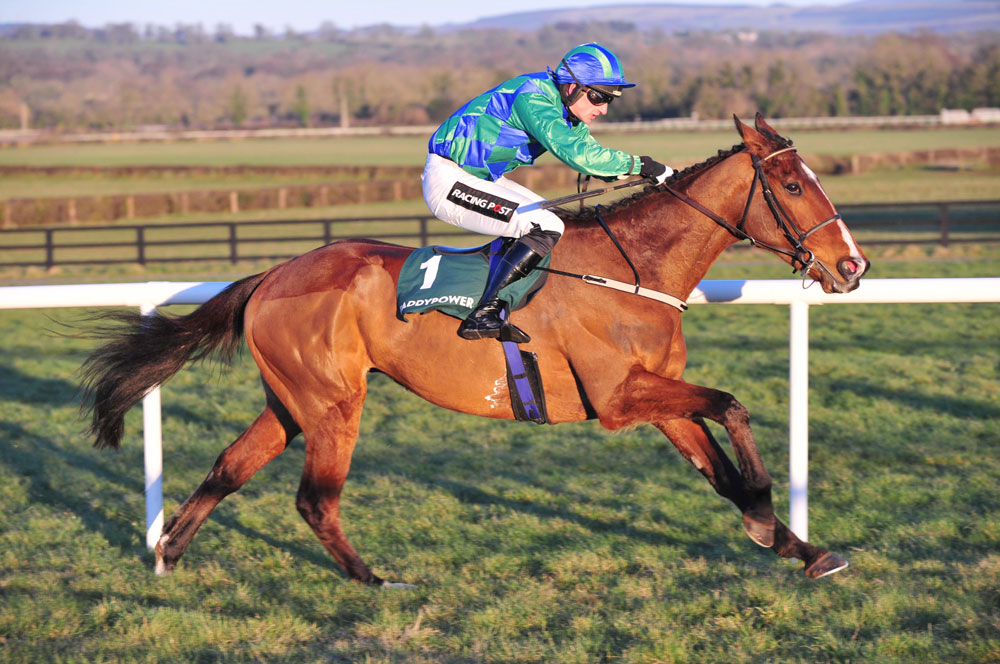 Anyhow, it is a huge testament to him that he was able to establish himself as a formidable stallion given his lack of stakes success. He has started from the bottom, and time has shown that he upgrades his mares, many of whom have been anything but illustrious.

Jury Duty has showcased his talents with a Grade 2 novice chase win in November. However, it is likely that better performers emerge on the scene as his larger books hit racing age. Since February, he has had two bright prospects sell for £80,000 and £78,000. They include subsequent bumper winning mare Portnablagh for Gigginstown House Stud, who acquired her after an impressive debut win at Dungarvan. Of his 58 runners to race under rules over jumps, 19% have gained an RPR of more than 130. Impressive statistics, and given that he is nineteen, breeders should be eager to use him while he is still around at Kedrah House Stud in County Tipperary.

To quote the psychologist Gerd Gigerenzer: “Never ask the doctor what you should do. Ask him what he would do if he were in your place.” People should take risks for their opinion and have skin in the game to some degree. So I must strongly recommend Sandmason, as I have sent my own mare to be covered by him this year, at Paul Rothwell’s Lacken Stud in County Wexford.

The twenty-one-year-old sire is the only son of Grand Lodge still standing at stud and has only twice covered a book larger than 24 mares since commencing stud duties in 2006. In fact, in the last two years, demand for the Group 2 Hardwicke Stakes winner has been so scarce that covered no mares in 2016 and just one in 2017. But Summerville Boy’s Grade 1 Supreme Novices’ Hurdle win and Black Op’s resolute display in the Grade 1 Mersey Novices’ Hurdle is sure to result in his 2018 book being deservedly boosted. Roger Brookhouse, a massive supporter of the boutique sale market, has been lucky enough to own both, having purchased Black Op at the Goffs UK Aintree Sale in 2016 for £210,000, and Summerville Boy a year later at their Spring Sale in May 2017 for £130,000. With a two top-flight novice winners at both the Cheltenham and Aintree Festivals in one year from such a small number of runners, he has proven himself to be an elite National Hunt sire and still very much underrated.

Malinas, in the midst his twelfth season at stud, has gone from strength to strength as a sire. His stores reached a 90% clearance rate in 2017 with a median of £30,000. Four horses by the German Derby runner-up have already realised six figures in 2018, headed by Lecale’s Article whom Highflyer Bloodstock purchased for €320,000 at the Goffs Punchestown Sale. It was a significant pinhooking touch for young handler Patrick Turley, who purchased the gelding for €26,000 at the Tattersalls Ireland Derby Sale, and he is set to go into training with Nicky Henderson.

Malinas initially stood in France, where he sired the smart chasers American and Medinas, and his first British crop is five, having stood at Glenview Stud from 2016 onwards. At €3,500, he represents value, and his stores are likely to be in high demand this year by both trainers and point-to-point traders alike.

The youngest sire under the spotlight is the twelve-year-old son of Monsun, Aizavoski. A multiple stakes winner from 10-12f, in addition to winning over 15f from the ages of three to six, he has made an instant impact with his first crop of four-year-olds. Envious Editor and Brewers Project put up some of the most impressive point-to-point displays of the season, resulting in them realising £195,000 and £185,000 respectively to join the Jessica Harrington and Paul Nicholls yards.

Aizavoski also exceeded expectations at the store sales, with a top price of €110,000. The Arctic Tack Stud resident has had very few runners to make the racecourse as yet, but the early signs are positive, and he appears to stamp his stock. 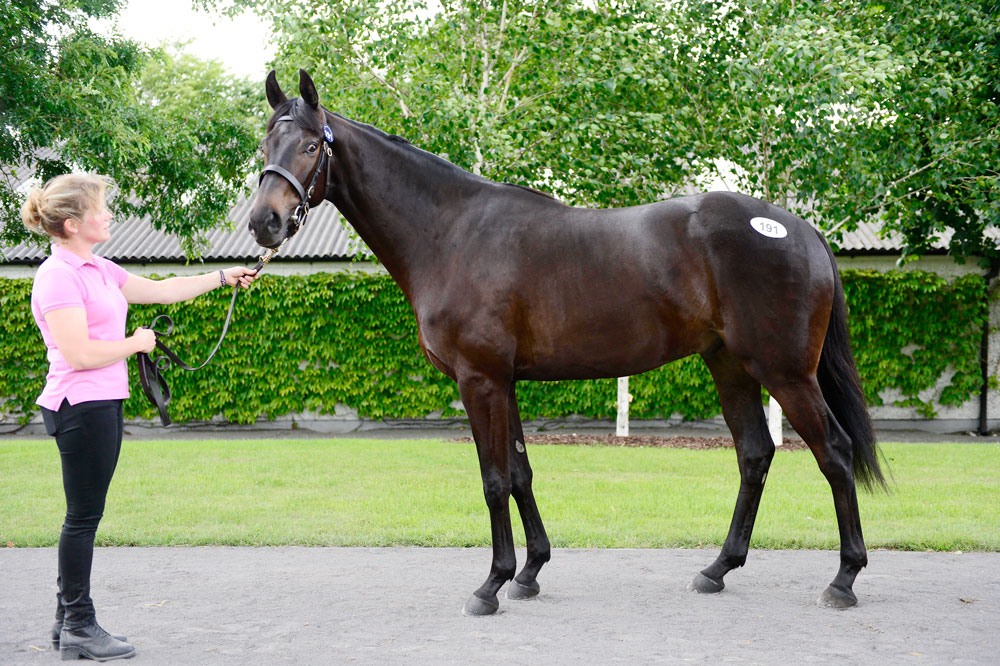 Dream Conti (by Lauro ex Posterite by Video Rock) made a winning debut at Fairyhouse last month after having been bought for €235,000 at the 2016 Tattersalls Ireland Derby Sale. He is owned by Gigginstown Stud and trained by Noel Meade.

Attention must also be given to fellow son of Monsun, Lauro, whose Dlauro reached an eye-popping £410,000 when selling to Joesph O’Brien for his Melbourne Cup-winning owner Lloyd Williams. Lauro, who himself went through the ring in 2015 for €11,000 after his sixth covering season, relocated this year from Haras de Cercy to Hayes Stud in County Meath. Dlauro has huge expectations to fulfil with such a price tag, but the potent combination of his connections could result in the sire having an exciting flag-bearer for next season. This is in addition to Lauro’s other high profile purchase, the €235,000 store Dream Conti, who made a winning debut in April for Noel Meade at the age of five.