A Small Pool of Big Fish

How many of this year’s top 3yo colts are potential targets for independent stallion managers? Adam Potts discovers that there are precious few.

Stallion prospects are being raced in fewer hands. This increased concentration is making the stallion acquisition process an all the more arduous task for independent studs. A list of the top fifteen three-year-old colts by rating reveals that just five are not in some way connected to racing’s “big five” powerhouses. It thus leaves a small pool of potential sires for stallion owners to vie for.

One such colt (and the best by ratings), is Sottsass, owned by Peter Brandt’s White Birch Farm and named after the acclaimed Italian designer and architect Ettore Sottsass. He performed with enormous credit in the Prix de l’Arc de Triomphe when running right to the line in third behind Waldgeist on ground which, like Enable, blunted his turn of foot. Nevertheless, he earned a Timeform rating of 127, making him joint-top rated three-year-old alongside Too Darn Hot and Japan, the latter of whom he had the measure of by half a length in the Arc.

Sottsass geared up for the Arc with a run in the Group 2 Prix Niel. On paper, he ought to have won it convincingly. However, the race turned into a tricky, tactical affair in which he got thoroughly boxed in until a gap appeared inside the final furlong. A blistering turn of foot got him out of jail to sprint clear by just over a length and although it may not have been an exceptional race, only a genuine top-class horse would have gotten himself out of such trouble. 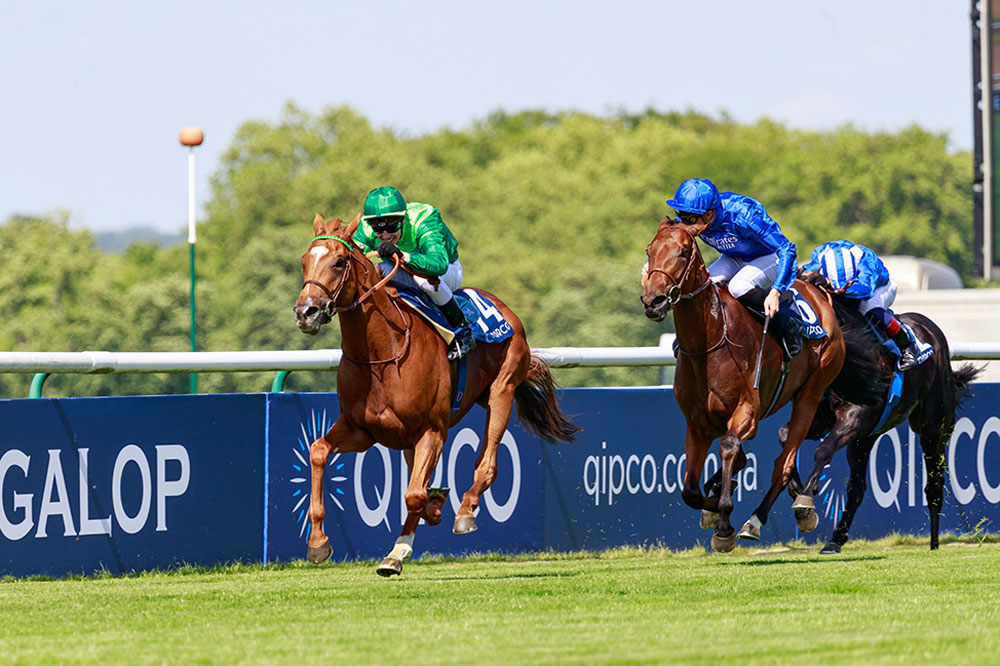 The Prix du Jockey Club also showed Sottsass’s high level of speed for the distance. He stretched clear of the field in a course record-breaking time. For all traditionalists despaired, the decision by France Galop to shorten the distance of the race from 2400 metres to 2100 metres (10.5 furlongs) was a savvy move. It attempted to lure the Classic milers up in trip and if this year’s race was anything to go by, they have succeeded, with Poule d’Essai des Poulains winner Persian King, filling the runner-up spot. There is little doubt the distance change has deepened the standard of the race, in turn increasing the commercial appeal of the winners.

Ability alone often isn’t sufficient for breeders to fully support a stallion. Pedigree counts for a lot, and Sottsass has both an appealing sire and dam line. He is a son of Siyouni, who has propelled himself into one of Europe’s best and commercial stallions through consistently upgrading his mares. He stood for €100,000 this year and has sired 19 Group winners from only six crops of racing age. Sottsass’s dam, Starlet’s Sister, is a daughter of the Group 1 Del Mar Oaks-placed Premiere Creation by Galileo. Prior to Sottsass, she had already proven to be an exceptional producer through her only other two runners and daughters My Sister Nat, a Group 3 winner, and Sistercharlie, who is one of the USA’s best turf racemares. Sistercharlie began her career in France, finishing runner-up in the Group 1 Prix de Diane before accumulating seven Grade 1s in the States, including the Breeders’ Cup Filly & Mare Turf.

Siyouni is one of the hottest sires in Europe, as is Kingman. Both are now priced in the upper tier and their best books – indicating best horses – are yet to appear. King Of Comedy could make his presence felt at stud for Kingman, who is likely to have numerous sons retire in the coming years (his Coventry Stakes winner Calyx is already destined for Coolmore). As things stand, the lack of a Group 1 win to his name will mean he will be priced lower than Sottsass. However, only four pounds separate them on Timeform ratings with King Of Comedy on 123.

He was unlucky not to have won the St James’s Palace. Beaten just a neck by Circus Maximus, with Too Darn Hot and Phoenix Of Spain in behind, the sectional breakdown of the race showed that King Of Comedy finished fastest of all, despite drifting left late on and being held up in a slowly run race. His performance was so blatantly eye-catching that Timeform decided to upgrade his rating to leave him as top-rated three-year-old the week following Royal Ascot. He was beaten less than two lengths in the Group 1 Juddmonte International to Japan and Crystal Ocean, before finishing runner-up to globetrotter Benbatl in the Group 2 Joel Stakes. Clearly, King Of Comedy is a Group 1 horse when connections can keep a lid on him. 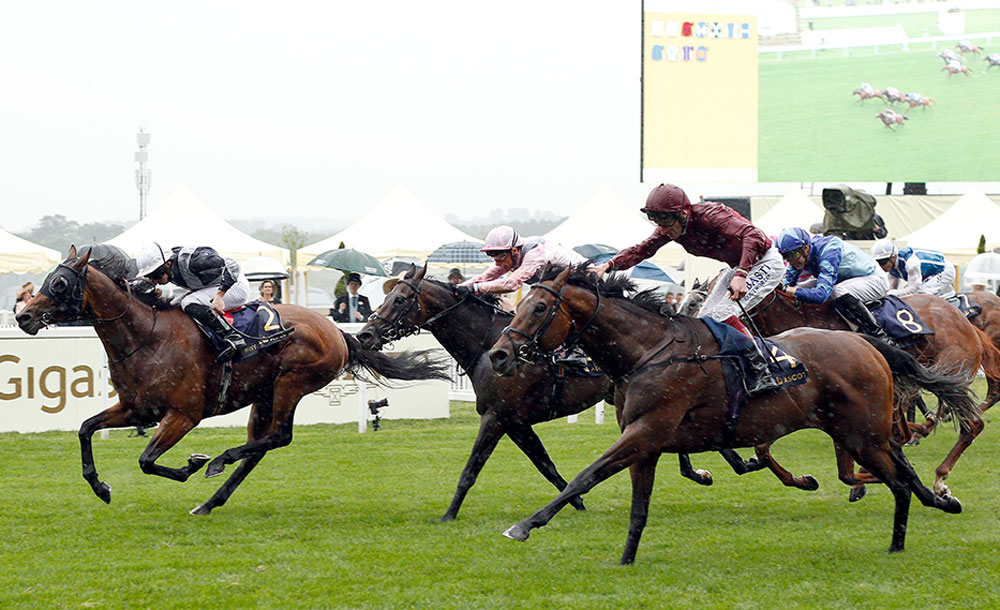 King Of Comedy finishes fastest of all to get within a neck of Circus Maximus in the Group 1 St James’s Palace Stakes, with Too Darn Hot back in third.

King Of Comedy, out of Stage Presence, is a half-brother to Prix de Diane winner Star Of Seville, who currently forms part of Lady Bamford’s broodmare band. He is also a half-sibling to the Group 3 Sweet Solera winner and Stakes producing mare English Ballet and hails from the family of tough four-time American Grade 1 winner Winchester. Five of Stage Presence’s seven progeny have achieved Racing Post Ratings of at least 105.

The fact he is a near-Group 1 winner of one of the most important mile races in the calendar and free of Sadler’s Wells blood will make him an attractive cross for such mares who may need some speed injection. Sadler’s Wells mares account for the highest tally of his grandsire Invincible Spirit’s nicks, so Sadler’s Wells’s daughters and granddaughters are likely to feature prominently in his book when the time comes for him to take up covering duties. It should also be noted that he is also free of Danehill (and Danzig until the fourth generation).

One must bear in mind that Sottsass has had just the seven starts and King Of Comedy is yet to gain a Group 1 win, so both may stay in training next year. They are by red-hot sires and half-siblings to Group 1-winning racemares who either won or placed in the French version of the Oaks. With the performance and pedigree boxes ticked, both should make into attractive stallion prospects.