We make an exception in this part of our series analysing Dubawi’s sons at stud by discussing his grandson and recent retiree, Poet’s Word. He will stand at Shadwell’s Nunnery Stud, along with fellow new inmate Tasleet in joining Muhaarar, Mukhadram and Nayef at the Norfolk stud for the 2019 breeding season.

The past twelve or so months have been the coming of age for Poet’s Word, who has cemented himself as one of the world’s best thoroughbreds of 2018 and was ranked number 2 in the latest Longines World’s Best Racehorse Rankings in early October, just one pound below wondermare Winx. 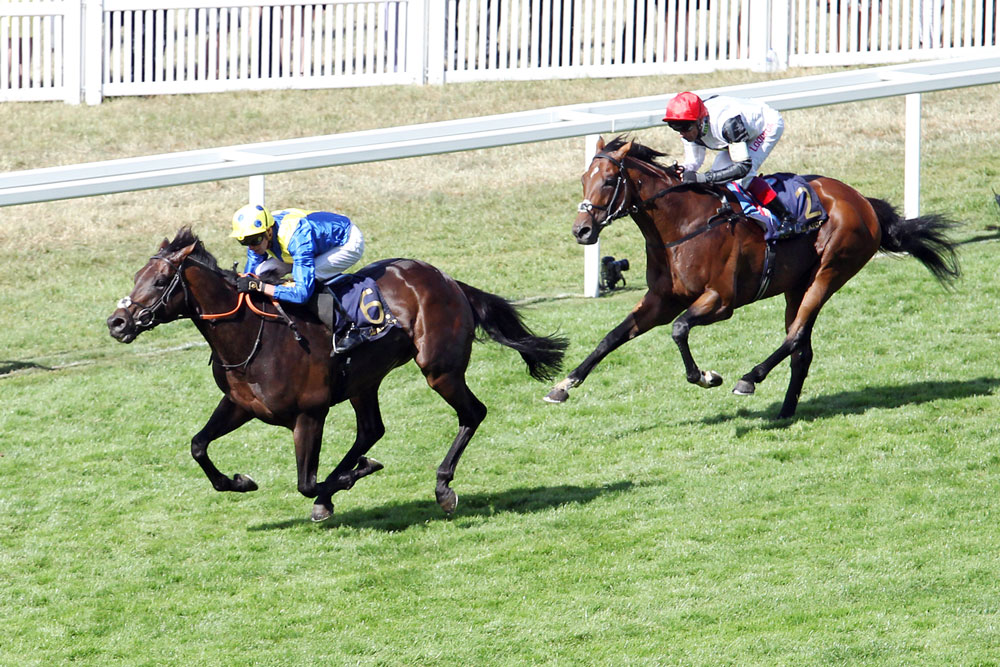 Poet’s Word becomes the only horse to defeat Cracksman this season, when winning the Group 1 Prince of Wales’s Stakes in the second fastest time since 1996.

An impressive specimen, he cost 300,000 guineas in Book 2 of the Tattersalls October Yearling Sale when selling to Charlie Gordon-Watson. He is a half-sibling to dual Group 3 winner Malabar, in addition to the dam of exceptional two-year-old and Group 2 Railway Stakes winner, Beckford. He also boasts being from the immediate family of smart juvenile and then successful sire, Inchinor, who passed on his toughness into his progeny, siring Group 1 winners such as Cape Of Good Hope and Notnowcato. He is free of Northern Dancer until the fifth generation, and free of Sadler’s Wells blood, thus being suitable for breeders seeking an outcross.

He did take time to come to hand. Sir Michael Stoute is a master of the art of patience, and he was duly rewarded in his handling of Poet’s Word. That said, Poet’s Word still made it to the track at two, before breaking his maiden over ten furlongs in the spring of his three-year-old campaign. In the midst of his development, he was to spend the rest of that year in handicap company.

An initial Group success came his way at four in the twelve-furlong Group 3 Glorious Stakes at Glorious Goodwood, before he went down narrowly in the Irish Champion Stakes behind Decorated Knight. That was the first glimpse of Poet’s Word future as a genuine Group 1 performer, and he was to progress further by winning the Prince Of Wales’s Stakes at five, becoming the only horse to beat Cracksman this season. He did capitalise on an indolent Cracksman that day, but impressed in his quick time – the second fastest to win the race since 1996. Back up to twelve furlongs for his next outing in the King George VI and Queen Elizabeth Stakes, Poet’s Word showed a tremendous attitude to catch his stablemate Crystal Ocean close home and beat him a neck in a pulsating finish, pulling nine lengths clear of the third.

His achievements this year pay ode to his sire, Queen Elizabeth II Stakes winner Poet’s Voice, who died at just 11 years of age in March. Although standing for just £6,000 in 2018, Poet’s Voice’s reputation was regathering momentum after an underwhelming start, given that his first crop of yearlings averaged over 100,000 guineas. In 2017, he sired 29 individual two-year-old winners (only Kodiac and Dark Angel sired more juvenile winners that year) and looked sure to receive a substantial book of mares after redeeming himself.

Poet’s Word may not be precocious nor by a Champion Sire, but he progressed to be one of the best around. He was a dependable Group 1 performer over middle distances and had a most admirable attitude. He withstood plenty of racing too, starting 16 times from the ages of three to five. His creditable efforts abroad in Hong Kong and Meydan were a further testament to his versatility. It is a sign of the changing trend in thoroughbred breeding industry – now geared towards precocious speed – that a 132 Timeform rated winner of two of the most prestigious top-level races in the Prince Of Wales’s and King George and Queen Elizabeth Stakes, can retire at a fee of just £7,000.