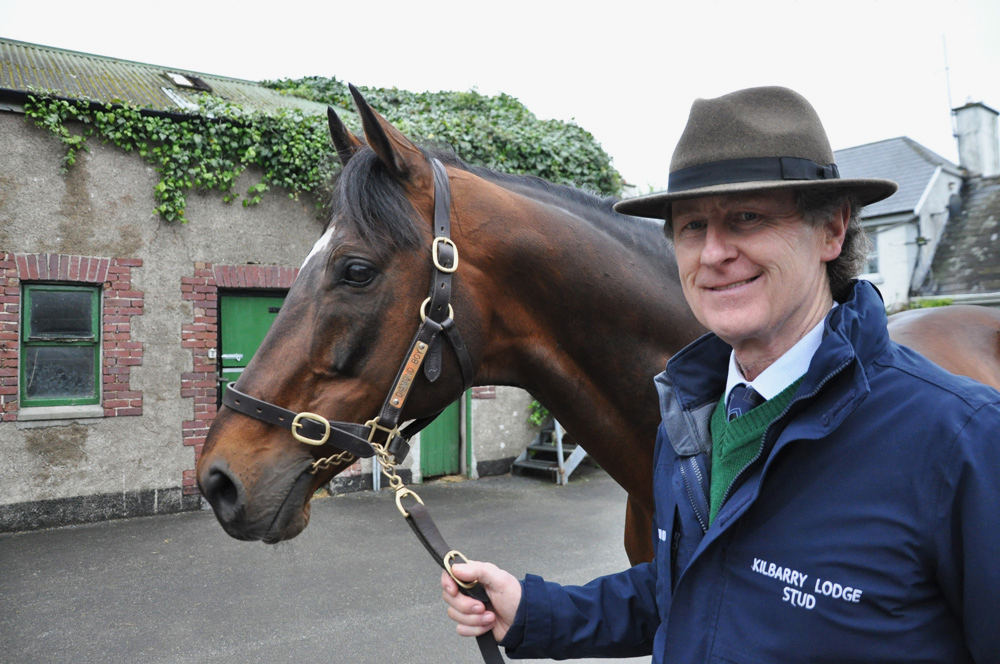 Ask Con O’Keeffe if Diamond Boy is the best horse to stand at his Kilbarry Lodge Stud and he pauses before replying: “How do you define the best, but he’s getting the best mares.”

That sort of measured response is typical of a man who thinks deeply about the subject of stallions and breeding, and whose mantra is, ‘Let the horses do the talking’.

Fortunately, he lowered that bar to engage in a conversation focused on the two stallions who are resident at his County Waterford stud, namely 13-year-old Diamond Boy and five-year-old Pillar Coral. The last-named will not be familiar to fans of horse racing, for he was injured and failed to reach the track, but as a Juddmonte-bred half-brother to leading jump sires Coastal Path and Martaline, and to Grade 1 winner Reefscape, he is a fascinating prospect who is worth seeing in the flesh. You won’t be disappointed, for while he has yet to achieve the beefcake stature of the fully mature stallion he is an imposing horse.

Diamond Boy is an outstanding physical specimen, and the finished article, gaining results in the sales ring and on the track. His best horse to date, Grand Sancy, won Wincanton’s Grade 2 Kingwell Hurdle in February, and the following month Monsieur Lecoq was second of 13 in Sandown’s Imperial Cup. 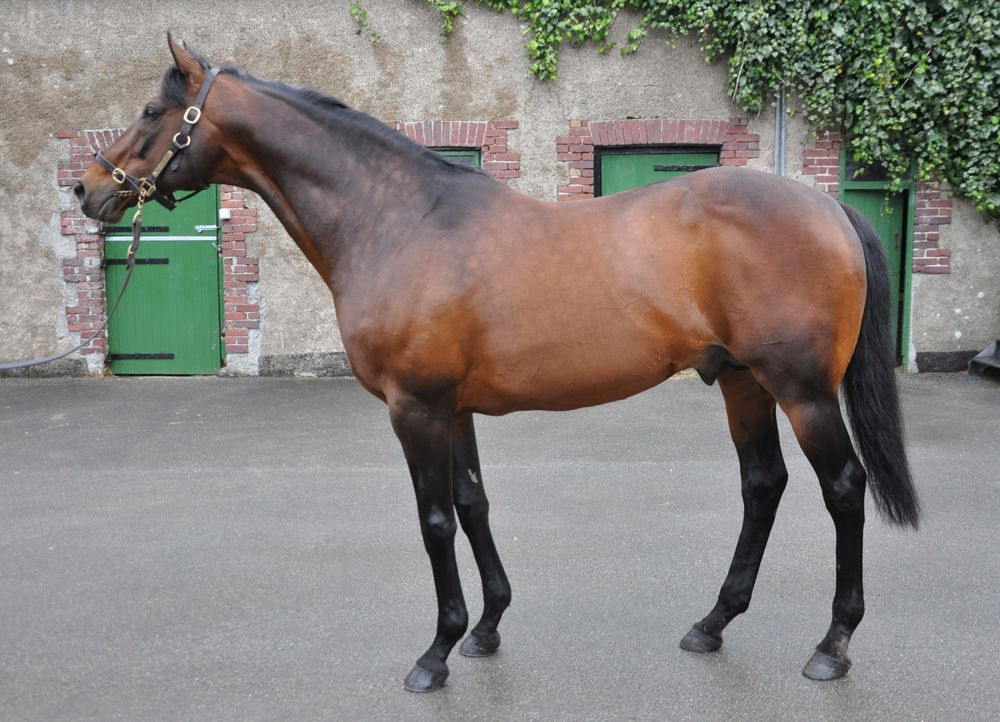 His 2018 store sale results were solid with five sold at Goffs, Goffs UK and Tattersalls Ireland for an average of approximately €50,000. At the 2017 Land Rover Sale one of his sons was bought by Gigginstown for €100,000.

Diamond Boy was bred by Haras de la Croix Sonnet and stood at that French stud for six seasons before moving to Kilbarry Lodge last year. Reflecting on the move, O’Keeffe says: “I had known his owners at Haras de la Croix Sonnet for a long time, and almost did a deal some years ago to buy Astarabad from them. There was an opportunity to buy the horse in 2017 as one of his joint-owners passed away. I was lucky to be in the right place at the right time to allow me to conclude the deal directly with Madam Hosselet, the owner of Haras de la Croix Sonnet.

“He had very few runners to that point, but those who had run were impressive, and the Irish pinhookers were onto his progeny at the sales. His store horses looked fantastic and he was really stamping his stock.

“There was a risk of course [in buying Diamond Boy], but the most important thing about him was his sire-line. He’s by Mansonnien, by Tip Moss, by Luthier, by Klairon, by Clarion, by Djebel, by Tourbillion. That’s a French dynasty of classic breeding.”

O’Keeffe’s assertion is not misplaced. Djebel sired Lorenzaccio who sired Ahonoora, which leads to Indian Ridge, Dr Devious and Inchinor. Luthier became a champion at stud who sired Arc winner Sagace plus Over The River, the sire of Cheltenham Gold Cup winners Cool Ground and Cool Dawn.

“When Diamond Boy’s gone that’s it,” says O’Keeffe. “Brave Mansonnien is standing in France, but this is his last really active sire son, and it’s a sire line that is rooted in jumping. Diamond Boy’s full-brother is Golden Silver [a top-class chaser for Willie Mullins]. His dam is by Glint Of Gold which goes back to Mill Reef, so it’s a complete out-cross for mares from the Sadler’s Wells sire line.

“He covered 130 mares in his final year in France, and he covered 235 mares in his first year with us, getting great support from all the leading breeders. The reports we are getting back is that mare owners are really happy with the foals, and he has a phenomenal strike-rate of winners to runners, often from modest mares off a modest fee.”

Two of Diamond Boy’s 2019 foals, a half sister to the recent Punchestown Festival bumper winner, Longhouse Poet out of Longhouse Presents, and a half brother to the promising Leopardstown hurdle winner Kilbarry Lilly out of Tropical Lilly.

O’Keeffe moved to Kilbarry Lodge 30 years ago, initially keeping just mares and then dipping into the stallion pool with Right Win. Other stallions followed, such as Bob’s Return, Tel Quel, Urban Ocean, Overbury for a season, and then Classic Cliché, Garuda and Marienbard. The last-named met with a fatal accident after a few seasons and the other stallions grew old and uncommercial by 2014. O’Keeffe continued to breed to outside stallions, but was lured back into the covering shed by Diamond Boy.

Pillar Coral, a son of Zamindar, provides an ideal foil for the older horse. O’Keeffe says: “We can sell Pillar Coral in three ways. He’s a big, scopey horse getting fantastic foals; he has a beautiful pedigree from a top sire-line, and he stands at a modest fee. His dam, Coraline, was a top Juddmonte mare by Sadler’s Wells, and she was a half sister to the dam of Beat Hollow and Court Cave. Back under the third dam is Kingman and Oasis Dream. It’s a great chance for mare owners to get into one of the best families in the book.

“His fee is €1,500, but with a young stallion it’s about getting soldiers on the ground, and we’ve put five or six of our best mares to him. We are hoping he will cover close to 100 mares this year.” 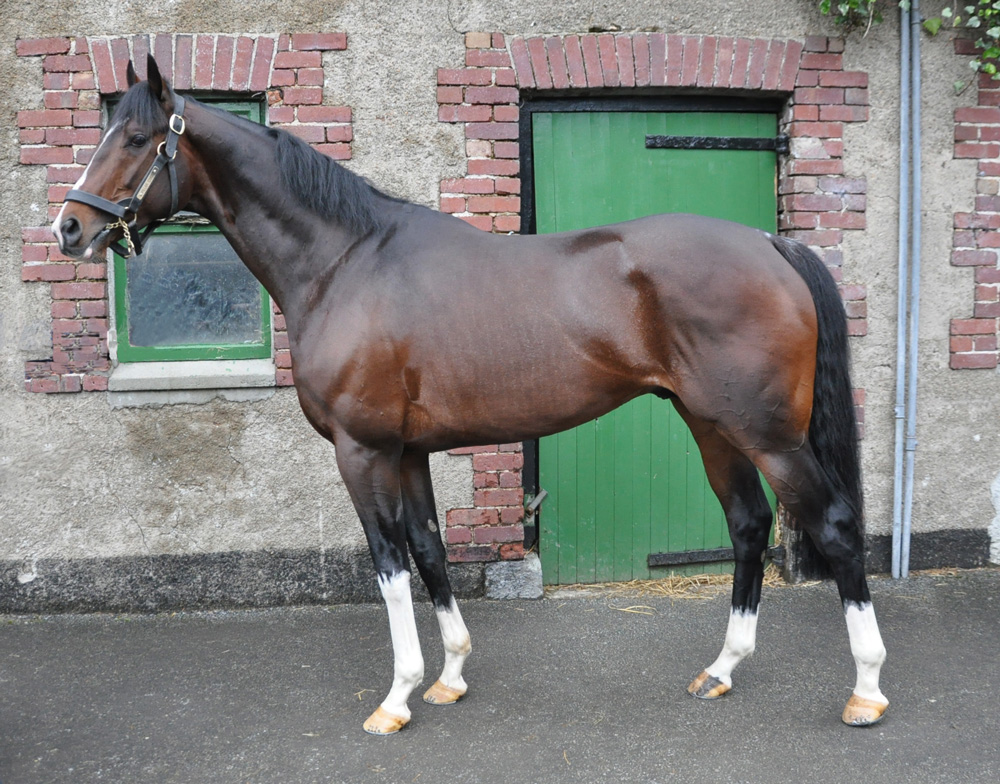 Pillar Coral, who has his first crop foals on the ground this year, is from a great stallion-producing family but stands at a modest fee.