Adam Potts turns his attention to the Sunnyhill Stud roster, where their latest recruit, Casamento is already being well received by breeders

Nestled in the picturesque countryside of Kilcullen, a short distance from The Curragh, is Michael Hickey’s Sunnyhill Stud. This is where Casamento has returned to Ireland to continue his stud career as a dual purpose stallion standing at a fee of €3,000, alongside Doyen and Lucky Speed.

Hark back to the beginning of 2016 and Casamento was hotly touted to be leading first-crop sire, being close to favouritism for that honour amongst contemporaries that included none other than Frankel. After all, he suited the needs of the market in being an outstanding two-year-old who had won the Group 1 Racing Post Trophy and Group 2 Beresford Stakes, and who had only failed narrowly in the Group 1 National Stakes.

Off a £5,000 fee, his yearlings averaged £33,000, and two of them fetched £200,000. As it transpired, his progeny didn’t have the required precocity for him to become an established sire on the Darley roster; he has yet to sire a Stakes-winning two-year-old. Combine this with a fiercely unforgiving stallion market and Casamento had to re-define himself in a different mould.

“Some things just take time,” the legendary investor Warren Buffett once said. “You can’t produce a baby in a month by making nine women pregnant.” The sizeable Casamento produced plenty of foals who possessed his scope and size. Larger horses tend to take more time to come to hand, and that which has been his downfall on the Flat could be an asset for jumping, as Michael Hickey explains: “He’s a great, big horse – a full 16.2 hands, and from what I saw of his Flat foals, they too were strong. The stock he was throwing should suit the National Hunt scene.”

Casamento has already made an impact with his jumps performers from only a handful of runners. Alright Sunshine boasts the impressive profile of winning three bumpers for Keith Dalgleish and Paul and Clare Rooney. Making his Flat debut on his latest start, he was the easy six-length winner of a Novice Stakes over twelve furlongs at Musselburgh, earning a Racing Post Rating of 91, and he looks a nice dual-purpose prospect in the making. City Dreamer showed himself to be a smart juvenile hurdler when trained by Alan King, winning two races before finishing runner-up in both the Listed Wensleydale Juvenile Hurdle and Group 2 Summit Juvenile Hurdle behind We Have A Dream. He has since been sold to America where he recently won the valuable Marcellus Frost Champion Hurdle at Percy Warner Park with the 145-rated ex-UK hurdler Winston C back in third. Then there’s also the progressive handicap hurdler The Knot Is Tied, who won a valuable four-year-old hurdle at Newbury in March of this year. 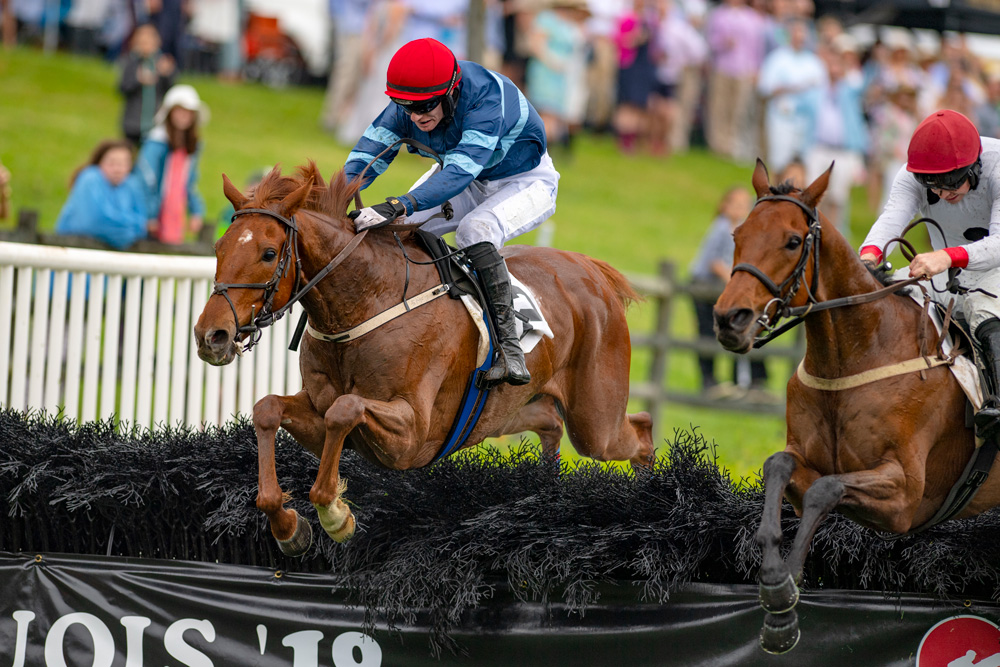 Already a winner of three hurdle races in the UK and runner up in a Grade 2, City Dreamer is pictured here winning his latest start in America, the valuable Marcellus Frost Champion Hurdle at Percy Warner Park.

Casamento continues to perform well on the Flat, which was another appealing factor for Hickey. “He is getting plenty of winners all over Europe, and was leading third-crop sire by winners and number of wins in 2018, ahead of a certain horse called Frankel!”

The sire of 80 individual winners of 139 races last year, it highlighted his ability to come up with the goods. His total number of wins was 17 ahead of Bated Breath and 22 ahead of Frankel. He operates on a near 50 per cent winners to runners rate and has produced sixteen Stakes performers, with seven of those being Stakes winners.

His best achievement as a sire to date came on Guineas weekend, when Communique won the Group 2 Newmarket Jockey Club Stakes, earning a Timeform rating of 122. An admirably tough and sound sort from the Mark Johnston yard, he managed fourteen starts last year, so it is a testament to his constitution that he was able to find more improvement this season. He could make his presence felt in both the Group 1 Coronation Cup at Epsom and Group 2 Hardwicke Stakes at Royal Ascot. 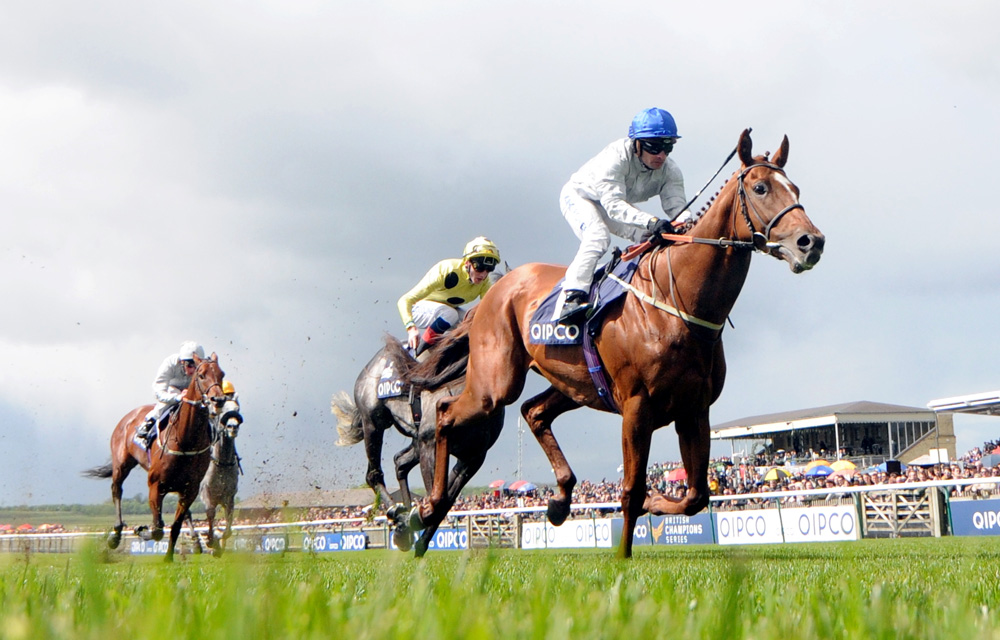 The Alessandro Botti-trained Amade has been a most progressive stayer over the winter, finishing runner-up on his latest start in the valuable All-Weather Marathon on All-Weather Championships Day. He had recently caught the attention of Australian racing club OTI Racing, who purchased a 50 per cent share in him with the intention of running him in the Melbourne Cup. Kings Will Dream finished placed in a trio of Group 1’s in Australia, including when beaten under two lengths by Winx. Casamento has also been successful with his fillies which include Princess Yaiza, winner of the Group 2 Prix de Royallieu on Arc weekend for Gavin Cromwell.

Casamento becomes the first son of Shamardal to be targeted towards jumps breeders. He provides an outcross to Sadler’s Wells, a sire with which the National Hunt breed has reached saturation point. Shamardal’s achievements have been exceptional, producing 107 Stakes winners and 21 Group 1 winners, making him one of the most successful active sires. Casamento himself is a half-brother to the dam of Toronado, crowned the highest rated European miler in 2015 and now a successful sire in his own right.

So far, Casamento has been well received by jumps breeders. “At the halfway stage of the season, he had around seventy mares covered, including a half-sister to Kicking King in All The While, as well as multiple Graded winner Knockfierna and Sprightly Gal, his first mare in foal and dam of Springtown Lake, a smart ’chaser for Phillip Hobbs.” 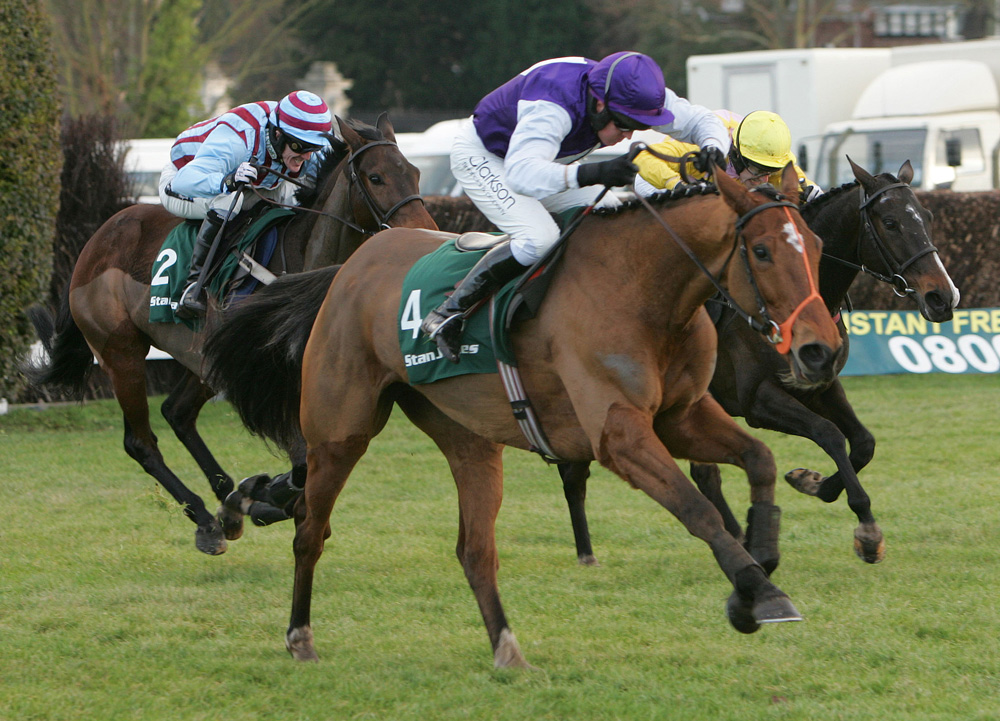 Casamento’s first book at Sunnyhill includes a half sister to the multiple Grade 1 and Cheltenham Gold Cup winner, Kicking King.

Hickey will be hoping that Casamento can follow in the footsteps of stalwart Doyen, who added another Grade 1 winner to his tally this season with novice hurdler Battleoverdoyen, who looks an even more exciting prospect over fences. Andy Dufresne also went some way to justifying his £330,000 price tag by producing one of the best bumper performances of the season and looks a top prospect over hurdles for the future. Doyen is in the twilight zone of his stud career but is still in high demand at his fee of €5,000, as Hickey explains. “He’s nineteen now. We aim to cover 150 to 180 mares with him this year, and we’re on target to do so.”

Completing the Sunnyhill Stud roster is Group 1 Deutsches Derby winner Lucky Speed. Like Casamento and Doyen in standing at 16.2 hands, he possesses plenty of size and scope. Also the winner of the Group 3 American St Leger in a course record-breaking time, Lucky Speed’s first crop are now two, and Hickey is impressed with his stock. “They’re very lovely looking, athletic and big foals. They’ve sold quite well, with buyers including the likes of Yorton Farm, the Costello brothers and Peter Nolan.”

Breeders like to strike while the iron is hot. In that case, Casamento should be high up on the list of any National Hunt breeder after Communique’s Jockey Club Stakes win. Casamento is an impressive, imposing specimen, producing an abundance of useful performers, and has the profile to make a successful jumps sire.