Looking back at a similar article of mine from 12 months ago, which considered Classic hopes for the year ahead, it strikes me just how little worked out as expected in the 2018 Classic season. Saxon Warrior (Deep Impact) was a predictable enough winner of the 2000 Guineas, and Galileo duly sired another Oaks winner, though with a filly – Forever Together – who was still a maiden come the big day.

But Billesdon Brook (Champs Elysees) had raced eight times as a two-year-old and went off at 66/1 when winning the 1000 Guineas, while Masar (New Approach) was a 16/1 winner of The Derby and scarcely figured on the Classic radar after five runs and just two wins as a juvenile. There is hope, then, for connections looking to have a tilt at the same races this year, if not so much for the poor souls trying to predict the outcomes!

While Galileo again leads the way among sires with horses quoted at under 50/1 for the first four British Classics with one leading bookmaker on account of his 13 entries (including double-counting for horses quoted in more than one market), some of the other names near the top are different.

Ballylinch’s young sire Lope de Vega has burst on to the Classic scene and is in second place with 11 entries, which include the Champagne and Vertem Futurity runner-up Phoenix of Spain and two fillies I have a lot of time for, Natalie’s Joy and Dancing Vega. Natalie’s Joy ran remarkably fast in winning a maiden at Goodwood and had the future Gimcrack winner Emaraaty Ana (Shamardal) back in third when landing a Listed race at Newbury before suffering a setback. Dancing Vega beat a subsequent Listed winner hands down in a Doncaster maiden on her only start and is carrying some of my speculative money for Epsom. 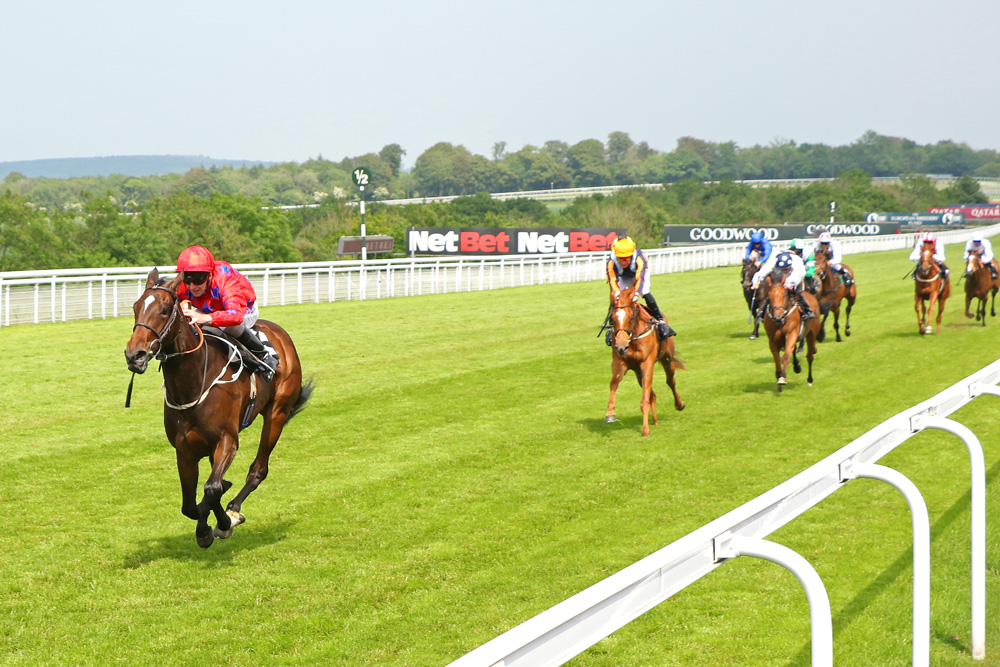 Dubawi is in third place with nine representatives, most obviously the Champion Two-Year-Old Too Darn Hot, who looks a fine prospect for the 2000 Guineas, if less so for The Derby given how quickly he strides (peaked at between 2.44 and 2.50 strides/sec in each of his last three wins, which is most typically associated with 7f/8f performers).

Another son of Dubawi, the unbeaten National Stakes winner Quorto, looks cut from similar cloth, but Godolphin also have a less obvious prospect by the same sire in Space Blues, who looked a star in the making when putting in some blistering sectionals to win a maiden at Nottingham in the final days of the turf season.

Kingman underlines his big impact as a first-season sire in 2018 with seven representatives and a position in fourth. A colt like Calyx, injured after winning the Coventry Stakes in scintillating style, might be what you would expect of a sire who had an electric turn of foot himself. But the Autumn Stakes winner Persian King and Dewhurst fourth Sangarius – both of whom have slower cadences and giant strides of approaching 27 feet – shape as though they will stay beyond a mile. The once-raced Newmarket minor race winner Bell Rock is another promising Kingman offspring.

Few of fifth-placed Scat Daddy’s two-year-olds of 2018 could be described as “dark”, and plenty of them may struggle to stay a mile, let alone further. But sixth-placed Frankel’s five representatives include the promising filly Frankellina and colt Deal A Dollar.

Shamardal shares seventh position with Dansili, Camelot, Australia and Zoffany, and is responsible for the promising types Zakouski and Skardu, winner of their only starts, at Kempton and Newmarket respectively.

Dansili’s son Dubai Warrior made quite a stir when justifying favouritism by four and a half lengths in a minor race at Chelmsford in November.

It is a fair bet that many of the sons and daughters of Camelot and Australia will progress for longer trips in 2019, the latter being responsible for Western Australia, third in the Vertem Futurity to stablemate Magna Grecia (Invincible Spirit).

Dark Angel has just three qualifiers, but they include the unbeaten Red Impression, who impressed clock-watchers at Lingfield on the second of her two wins and who has reasonable prospects of getting a bit beyond the six furlongs at which she has raced to date.

History suggests there will plenty of shocks in store, but the aforementioned sires do at least have strength in numbers going into the Classic season ahead.