The lower end of the price scale offers some stallions with unique profiles at Arqana, particularly so with regard to the Australian racing scene. In fact, French breeders up until last year had the opportunity to use Sidestep at a fee of just €4,000. He didn’t return to the Northern Hemisphere in 2019 for his first runners, but ended up producing this year’s Group 1 Golden Slipper winner in Kiamichi and must go down as an opportunity largely missed.

Breeders will be hoping that Exosphere wasn’t another, as he stood for just one season Haras du Logis at a fee of €6,000 where his lack of support was possibly due to his unfamiliar profile with European breeders. He is by Lonhro, who is mainly unproven in Europe but who has still become a leading sire, producing the likes of Pierro and Gronkowski.

Exosphere was a Group 2-winning juvenile over six furlongs, before progressing to win the Group 1 Golden Rose Stakes over seven furlongs at three, in addition to two Group 2s over six furlongs. He was exceptional, earning a Timeform rating of 127, which made him one of the best of his generation. It is all the more notable that he achieved such success at two when you consider he is 16.3hh, but he has a strong physical presence and an abundance of strength to go with his large frame. Standing for AU$22,000 down under, his first yearlings there realised up to AU$350,000, emphasising his value when he stood in the Northern Hemisphere.

Exosphere has two yearlings catalogued at Arqana, a half brother to the Listed winner Aiming For Rio, and a colt out of the multiple Listed winning and Group 2 placed Bahama Mama. 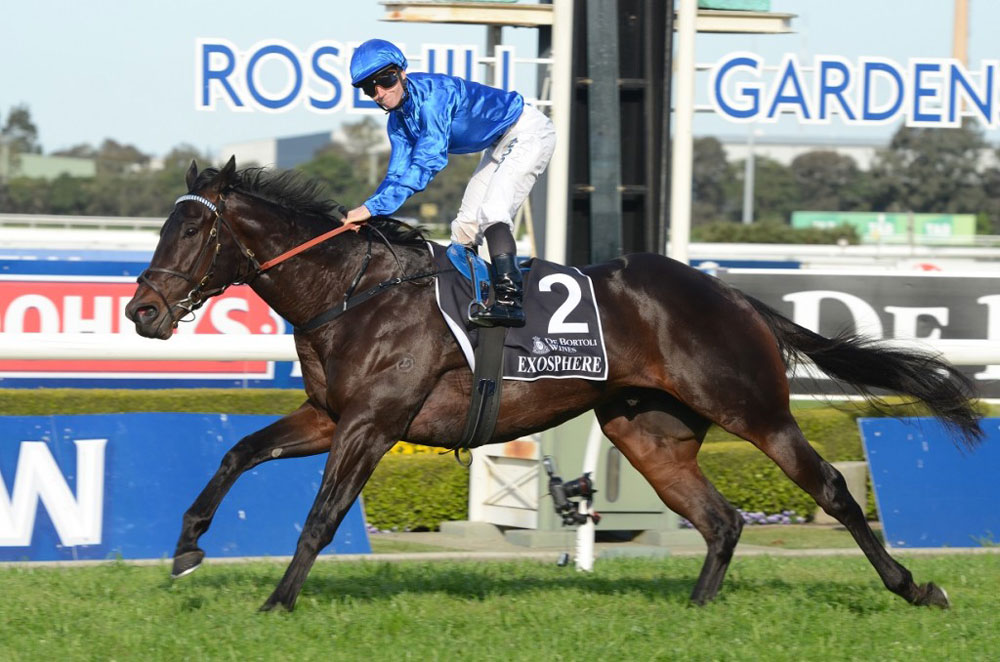 Already a Group 2 winner at two, Exosphere trained on to win the Group 1 Golden Rose Stakes over seven furlongs at three.

Another Aussie import is Scissor Kick, a Group winner over six furlongs who was narrowly denied by Hallowed Crown in the Group 1 Golden Rose Stakes. Successful at two, he won four of his fourteen starts, achieving a Timeform rating of 121, and had two Group 1 winners in Delectation and Kermadec behind him when winning the Group 3 Eskimo Prince Stakes.

Scissor Kick has a European influence in his pedigree with his dam being a half-sister to leading juvenile Three Valleys. This means his third dam is Kerali, dam of Juddmonte blue hen Hasili, who is herself the dam of Dansili, Champs Elysees, Cacique and Banks Hill. His familiarity continues with his sire Redoute’s Choice, the outstanding sire of thirty-five Group 1 winners who stood in France for two seasons at Haras de Bonneval.

Standing at Haras d’Etreham for €6,000 this year, Scissor Kick’s first foals made up to €28,000, and he has seven yearlings catalogued at Arqana.

Like Exosphere, Bow Creek raced in the colours of Godolphin and he stands at Haras du Logis. The son of Shamardal began his career in Great Britain before moving to Australia in the second half of his four-year-old season. A hard-knocking sort for Mark Johnston, he raced seven times at two and eight times at three, progressing all the way through to win the Group 2 Celebration Mile and Group 2 Clipper Boomerang Mile where he beat Mustajeeb and earned a mark of 115. He showed winning form in Australia in the Group 2 Peter Young Stakes and was also runner-up at Group 2 level. 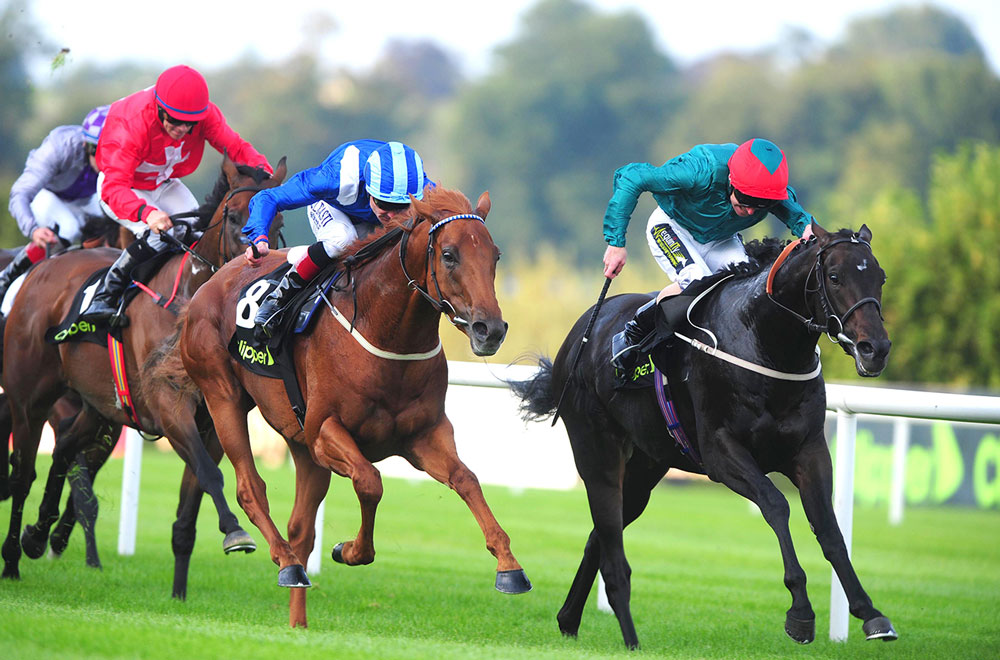 Bow Creek follows up his Group 2 success at Goodwood by beating Mustajeeb in the Group 2 Clipper Boomerang Mile at Leopardstown.

Bow Creek’s dam was as durable as he was, managing fifteen starts in the two years she raced, winning the Group 3 Dahlia Stakes and being rated 110. A tough, sound and talented miler from a sound family, Bow Creek ought to be capable of passing this on to his progeny.

The cheapest first-crop sire to have progeny selling at Arqana is Goken, a dual Group-winning son of Kendargent. Owned by Guy Pariente, who also stands Kendargent, it is worth noting that his sire also started from humble beginnings, standing for just €1,000 in 2010. After it became apparent that he upgraded his mares, Kendargent’s fee rose to a peak of €22,000.

Goken achieved the same 113 Racing Post Rating as his sire for his third placing in the Group 1 King’s Stand Stakes behind Profitable. He showed more precocity and speed than his sire too, winning his maiden in April at two before winning the Group 3 Prix du Bois over five furlongs. He improved on that useful juvenile form at three to win the Prix Texanita before joining Kevin Ryan, for whom he won the Listed Golden Rose Stakes prior to that career-best performance at Royal Ascot. Could he follow in his father’s footsteps?

Goken stood at Haras de Colleville for a fee of €3,000 last season and is receiving plenty of support from his owner, who did a splendid job in making a success of Kendargent’s stud career. He has eight yearlings catalogued for the V.2 sale, including a half-brother to Cosachope, who like Goken won the Prix du Bois, and a three-parts brother to the Listed winner Snow Bell.