In the first in a series of articles, Adam Potts casts an eye over four young sires being represented by first crop yearlings at this month’s Arqana sales

The yearling sales are once again looming on the horizon. The marathon four months commence in Deauville for the Arqana August Yearling Sale, for which a star-studded catalogue has been compiled. Twelve yearlings realised over €500,000 at the sale last year, headed by a Dubawi colt out of Irish 1,000 Guineas winner Just The Judge who made €1.4 million to Ballylinch. The three-day sale is followed by a one day V.2 Sale. Across the two sales, the progeny of 17 first-crop sires will be offered, and they will each be assessed over the space of the next few weeks.

It is an important time for a first season sire. Strong results in the sales ring can help ensure adequate support the following year, when his juveniles reach the track. Poor results, on the other hand, combined with the added uncertainty as to how their progeny will fare on the racecourse, can slacken demand in his fourth book, as breeders tread with caution.

The most expensive stallion to retire to stud in Europe in 2017 was Shalaa. Blisteringly fast, he was the standout juvenile of 2015 under the care of John Gosden. His first major success came in the Group 2 July Stakes over six furlongs before shortly following up at Glorious Goodwood in the Group 2 Richmond Stakes. Stepped up to the highest level for his remaining two starts at two, he won both the Group 1 Prix Morny and Group 1 Middle Park, beating fellow stallions Gutaifan and Buratino authoritatively. Those efforts earned him a Timeform rating of 123+, which equalled that of the likes of Caravaggio. Injury was to prevent him from reaching the track for much of his three-year-old season, but he did make it out in October, winning the Group 3 Bengough Stakes. 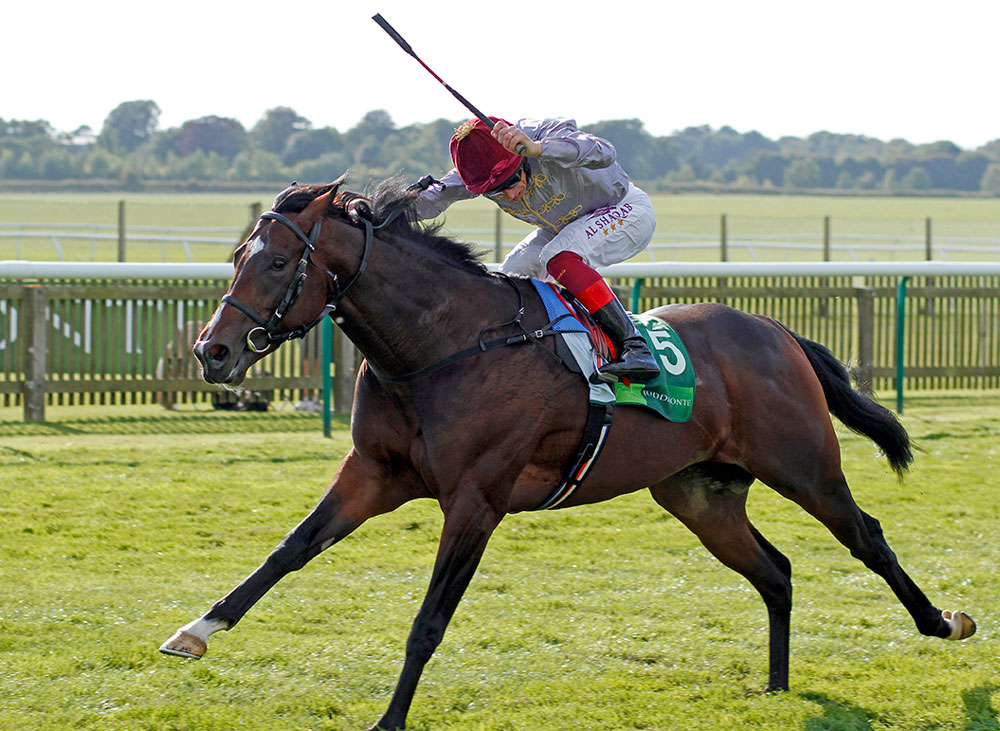 A blisteringly-fast two-year-old, Shalaa stamps his authority on the race in the Group 1 Middle Park Stakes at Newmarket.

Shalaa’s Stakes performing dam is a half-sister to Group 1 Middle Park Stakes winner Hayil and is also from the family of Dragon Pulse. Being a son of Invincible Spirit is a valuable asset, for he is becoming an increasingly influential sire of sires in both hemispheres, chiefly through the exploits of Kingman and I Am Invincible. Retired to Haras de Bouquetot, Shalaa commanded an initial fee of €27,500 which was then trimmed to €22,000 for this year. His first crop of 115 yearlings performed well in the sales ring as foals, with seven of the twenty-seven offered realising six-figures, with a top lot of 240,000 guineas. He has eighteen yearlings catalogued, with another three in V.2.

Another son of Invincible Spirit is Group 1-winning miler Territories. He too was a sharp juvenile, winning over six furlongs before placing in the Group 1 Prix Jean-Luc Lagardére behind Gleneagles and Full Mast, the former losing the race in the stewards’ room. Territories followed Gleneagles home again when runner-up in the 2,000 Guineas at Newmarket. His Group 1 win came in the Prix Jean Prat, and then he ran right up to his best in the Group 1 Prix Jacques Le Marois when second to Esoterique in a star-studded field of future stallions which included Karakontie, Belardo, Lightning Spear and Estidhkaa.

Territories has a stallion’s pedigree. Out of a Listed-placed mare, who herself was out of a Group 3 winner, his fourth dam is the influential Helen Street, who produced successful stallion Street Cry and the dam of Shamardal. There is some stamina in his female line, but it is clear that Territories took more after his sire Invincible Spirit in showing plenty of speed.

Another top-class miler with his first progeny on offer is The Gurkha. In fact, he managed just the six starts in his racing career, yet was crowned European Champion Three-Year-Old Miler. Unraced at two, The Gurkha was a winner of his maiden by a staggering nine lengths, for which he was upped straight into Group 1 company less than a month later for the Group 1 Poule d’Essai des Poulains. He won this by five lengths, earning him a rating of 120 on just his third start. Arguably unlucky not to win the Group 1 St James’s Palace Stakes when runner-up to Galileo Gold, and he then was upped to ten furlongs for the Group 1 Eclipse, showing he got the trip to get within half a length of Hawkbill.

His best performance was to be his final start, in the Group 1 Sussex Stakes at Goodwood. The start-studded field included a rematch with Galileo Gold (who he overturned by a neck), Ribchester, Awtaad, Kodi Bear and Lightning Spear. His rating for that effort rose to 122, but a displaced colon that August required surgery, which forced connections to retire him straight to stud. He did all his racing within just four months. 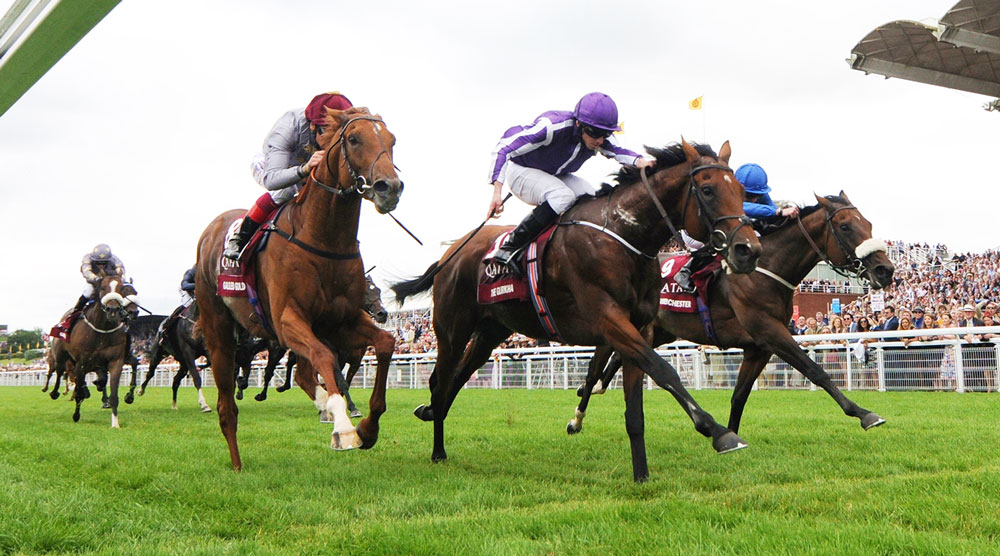 A son of Galileo, his dam Chintz was a Group-winning two-year-old by Danehill Dancer. He hails from the family of Arc winner Solemia and classy juvenile Silasol. Standing at Coolmore Stud for an initial fee of €20,000, The Gurkha’s foals made up to €65,000. His fee was slightly reduced to €17,500 for the 2019 season. He has received good support from his first two seasons at stud, resulting in 114 yearlings and 135 mares covered in 2018.

The final stallion to be assessed in the first part of our series is Prix du Jockey Club winner New Bay, who also resides in Ireland, standing at Ballylinch Stud. A Classic winner by Dubawi who earned an outstanding Timeform rating of 128, it may come as a surprise to some that he stood for just €15,000 this year. He managed to beat the admirable Highland Reel in his French Derby success, and he also showed high-class form over a mile, when runner-up in the Poul d’Essai des Poulains to another Ballylinch inmate in Make Believe. Geared up for the Arc by his master trainer Andre Fabre with two Group 2 wins, he finished a gallant third to Golden Horn in what was to be the best race run in Europe that year, as shown by the fact that he produced a career-best performance on ratings by finishing third.

Being a son of Dubawi is an asset to him, as is his female line: a regal Juddmonte family. His Stakes-winning dam is a three-parts sister to the Classic winner Zenda, dam of sire sensation Kingman. New Bay’s third dam is Bahamian, the famed broodmare who left behind Irish Oaks winner Wemyss Bight, dam of Beat Hollow, and the dam of Reefscape, Coastal Path and Martaline.