Five young stallions and a revamped Diploma Course signify that there are exciting times ahead for The National Stud. Carl Evans reports. 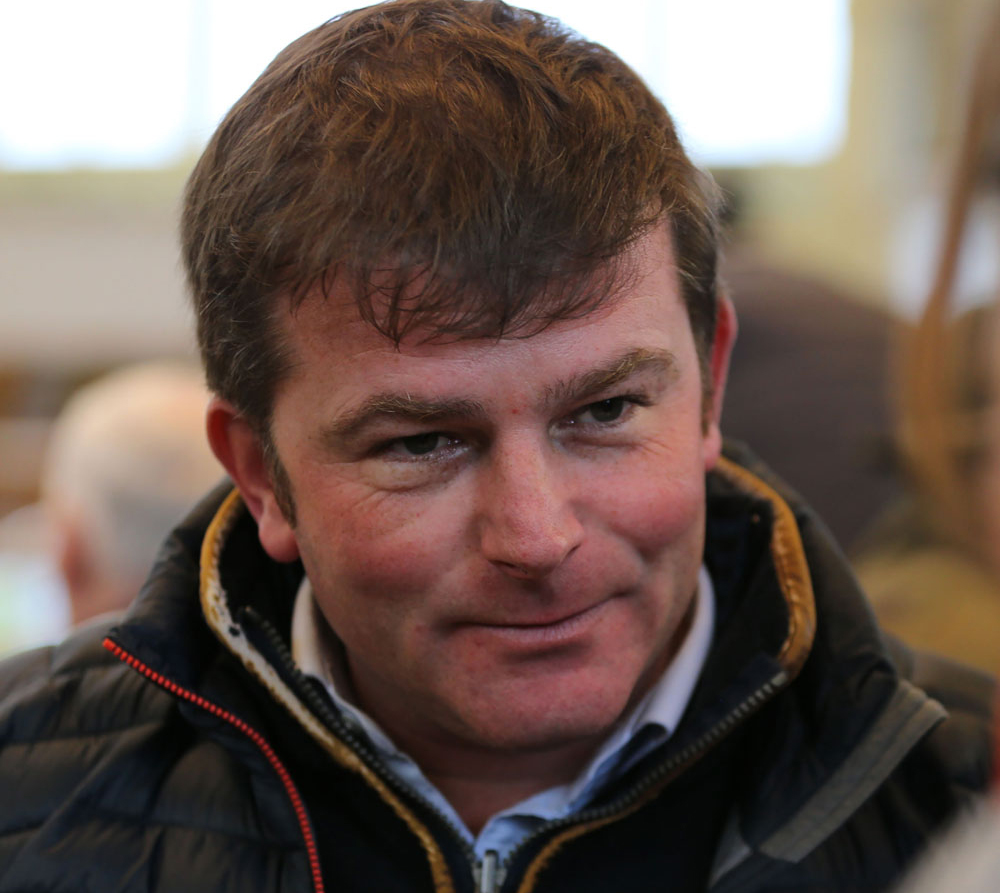 With five young stallions who have yet to sire a runner, it is a time for patience at The National Stud. Tim Lane became Stud Director at the start of 2017 and has been in charge as the quintet of new boys took up residence. So was that accident or design?

He says: “We were sad when Gregorian went to Ireland (to Rathasker Stud for the 2019 season) after his first crop of two-year-olds had run – he was such a lovely horse – but we need to be in the big league standing sires like Advertise and commercial horses like Aclaim. We needed to up our game.

“When I arrived here, my aim was to make us the independent choice. If someone has a horse they want to syndicate, or sell a bit, or keep themselves to stand at stud, I hope people will look at the numbers of mares we have managed to get for Aclaim and Time Test (whose oldest crop are yearlings) and see that we can match any stallion outfit. We have a couple of people with money who are keen to invest in the right horse and while it’s not easy, I would like to think we will have a new sire for next year.”

Lane confirms that The National Stud attempted to gain dual Group 1 Champion Stakes winner Cracksman, and says Anthony Oppenheimer was approached. A shuttling plan would have been part of the arrangement, but eventually Cracksman joined Oppenheimer’s Derby winner Golden Horn under the Darley banner.

Lane talks about investment at a time when many businesses are looking hard at pruning following months of lockdown and loss of revenue. Can thoroughbred horses, a commodity whose value is largely driven by money generated globally, defy the odds? 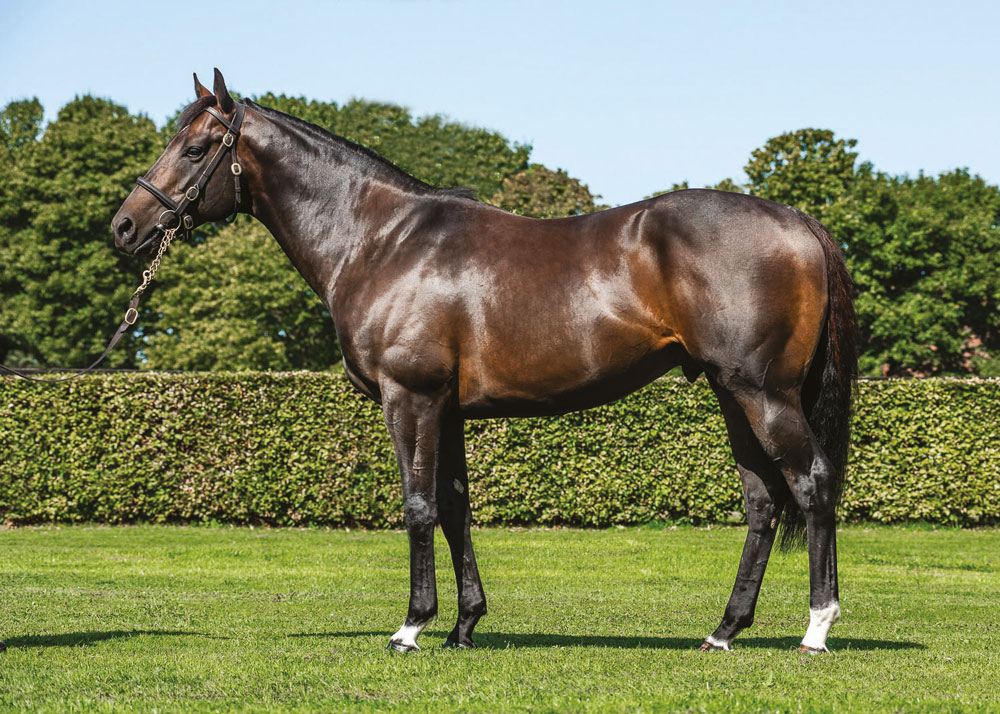 Reflecting on the period since lockdown was introduced in late March, Lane says: “We did a few things to encourage breeders to come here and generally the number of mares covered held up. Time Test covered 111 mares in his first season (2018) and 125 this year in his third season. If any sire suffered it was Flag Of Honour, who would have appealed to small-scale breeders in the more remote areas, but they were struggling to get vets to visit their farms, other than in emergencies, and that probably meant a number of mares were not covered. Aclaim and Rajasinghe were respectable, and Advertise covered just under 140, so I don’t think we fared too badly.

“We definitely picked up a few mares that would have gone to France or Ireland, but instead came to Advertise or Time Test. We also received a number of unexpected boarding mares to foal because breeders were worried their farms would be shut down and they knew we would have vets.”

The stud closed its on-site café, but the flagship National Stud Diploma kept going after students opted to remain in situ. With the bright lights of Newmarket high street dimmed, it was a rather sobering experience for the locked-down scholars, but at the end of last month they graduated, albeit at a ceremony relayed to family members via a live stream. They will be out and about working in the racing and bloodstock industries over the coming months.

Lane says: “Income wise we set quite a high projected forecast for the period and we didn’t miss it by much. The shortfall was largely down to turning away French mares who were booked to come in, but apart from the Aintree Golf Centre, which did eventually have to shut, there was a time when we were the only part of The Jockey Club making money, which said a lot about how we were able to keep operating.”

He admits to some concern over trade at the autumn yearling sales, saying the Coronavirus-enforced “dip in prizemoney is not a great incentive to get involved in racing,” and he expects stallion fees to be affected. “We’ll make a decision nearer the time of the December sales,” he says.

“Not an issue that hit one group of people”

“We’re all in it together. This has not been an issue which has hit just one group of people in the industry. We are just very lucky to be working with horses, and there are always new people and fresh blood coming in to the game.”

The stud owns just six mares, although Lane says a restructuring plan for that side of the business is under discussion. “It’s a debate that remains ongoing,” he says. “By upping the standard of the stallions we can justify buying more mares to support them. It’s my opinion that you either want to be breeding Classic horses or commercial horses – do you spend £30,000 on a stallion fee hoping to sell the progeny for £120,000, or do you breed speed horses with the aim of getting £30,000 to £40,000 for a colt foal?”

While speedy horses and Classic prospects are a logical goal for the stud, Lane is well aware that a good jump sire can open doors to the market for jumping foals, stores and point-to-pointers/bumper horses, which in recent years has been very strong.

Flag Of Honour, the Group 1 Irish St Leger-winning son of Galileo who took up residency this year, covered a book dominated by jump-bred mares, says Lane, who adds: “I was a bit disappointed with the number of mares he covered. He was booked for 52, but covered 40. I don’t think he was alone among jumping sires in that regard, and I hope his first foals impress and we can go again next year.” 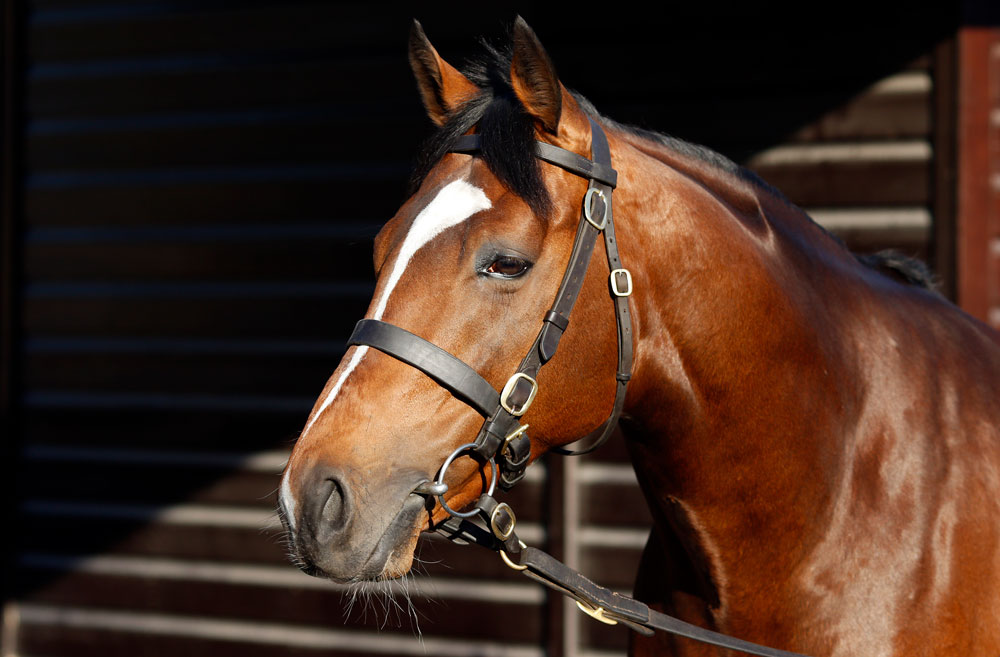 The Group 1 Irish St Leger winner, Flag Of Honour stood his first season as a jumps sire last year. “Without doubt, we are interested in other jumping stallions,” says Lane

That underwhelming start for the stud’s only jump sire does not deter Lane, a successful point-to-point rider whose wife, Gemma, rode several multiple winners in that sport. The couple now keep half a dozen jumping mares – of which two visited Flag Of Honour – and they trade their stock as stores or foals under the name of Cashel Rock Bloodstock. He says: “I won on one of our mares, so she was probably good enough to win a Gold Cup,” adding: “I’m the muscle; Gemma is the brains – at least that’s what she tells me.”

With his National Stud hat on, Lane says: “Without a doubt we would be interested in other jumping stallions, although it does help if you have a horse like Blue Bresil who encourages people to travel. Pulling in mares from France and Ireland would be a plus because there aren’t huge numbers of jumping mares in Britain.”

He is equivocal about the prospect of following America’s lead and putting a limit on stallion numbers, saying: “It all comes down to money. People complained when Kingman covered 180 mares, but they still went to him. I can understand the need to protect the breed, but stallions are so expensive to buy and you have to get it back. Some policing is probably necessary and I can see both sides of the argument, but it’s not the only topic in this area which goes around and around. Artificial insemination has its fans in terms of reducing disease and improving the health and safety of horses and staff, but there is a risk of it being abused. The risk that a successful stallion’s semen could be used in a way that would be unethical has not gone away.”

“Amazing – the best bit of the farm”

While other stud chiefs have horses, staff and infrastructure maintenance as their daily focus, Lane is in charge of a national treasure. The National Stud was once owned by the people through the government, and while it is now in the hands of The Jockey Club its place as a seat of learning takes one area of its business beyond mere commercial considerations.

Lane describes that side of the stud’s work as “Amazing – the best bit of the farm,” and he believes the appointment in January of Anna Kerr as the stud’s chief operating officer will take education opportunities to another level.

“Helping young people get a start in life is so rewarding,” he says. “I started at the bottom and recognise that many people need a door opening or to be pointed in the right direction. We can help in that.

“Anna has put together a new team who are very professional and passionate. It will take time but in a year to 18 months it (education) will be on another level. We are looking for funding to pay for the students’ places, but the aim will be for more new courses.”

The stud receives assistance for its educational work from such bodies as the TBA, Levy Board, Racing Foundation and Wavertree Charitable Trust, but other areas of the business are self-funded. “We’re a very commercially-minded operation now,” says Lane. “My predecessor, Brian O’Rourke, did a wonderful job of turning it around and giving the stud a more professional outlook. Now I have to build on that.”