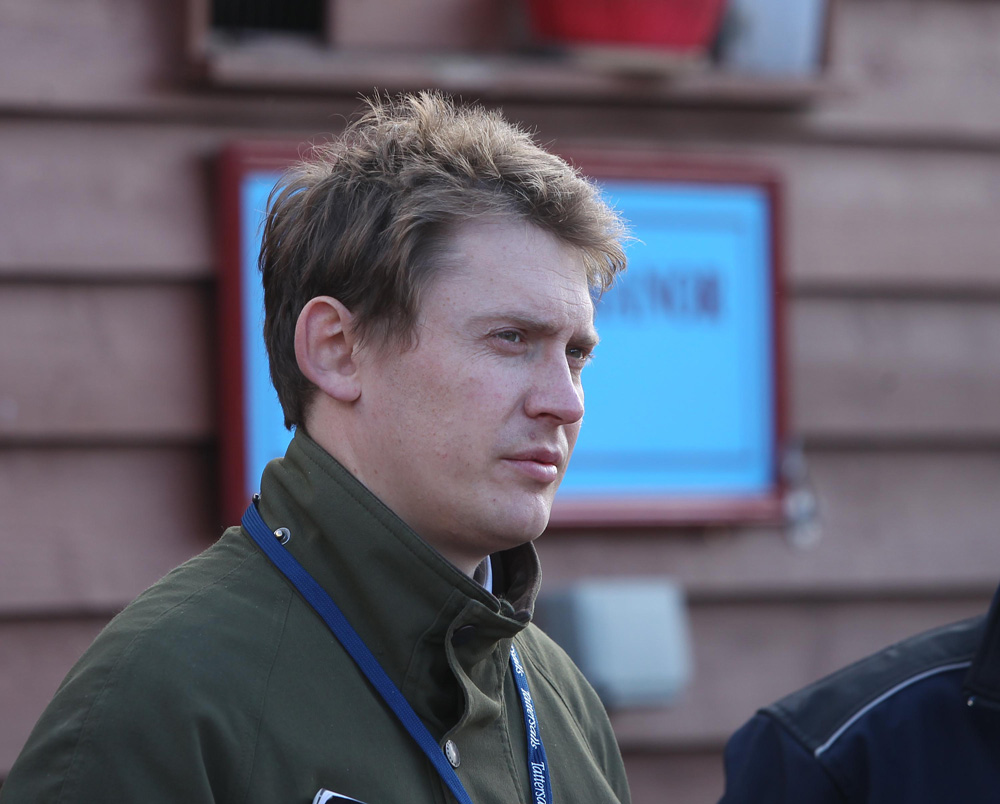 It is polite to ask after a person’s wellbeing, but at a time when more than 430,000 people worldwide (as of June 15) have died from a virus for which there is no cure such pleasantries have genuine meaning. Ed Harper, director of Hampshire’s Whitsbury Manor Stud is pleased to say he, his family and friends have avoided Covid-19 and “no one in our Whitsbury bubble has been affected”. His business has experienced headaches and the occasional dry cough in recent months, but it is breathing unaided.

Those headaches included the suspension of racing which hit just as the first progeny of his young sire Adaay were about to reach the track. He says: “My biggest regret is that Adaay was unable to benefit from a fast start which would probably have gained him another 20 mares towards the end of the season. We had that fast start with Showcasing and Due Diligence and we booked them a good number of late mares. 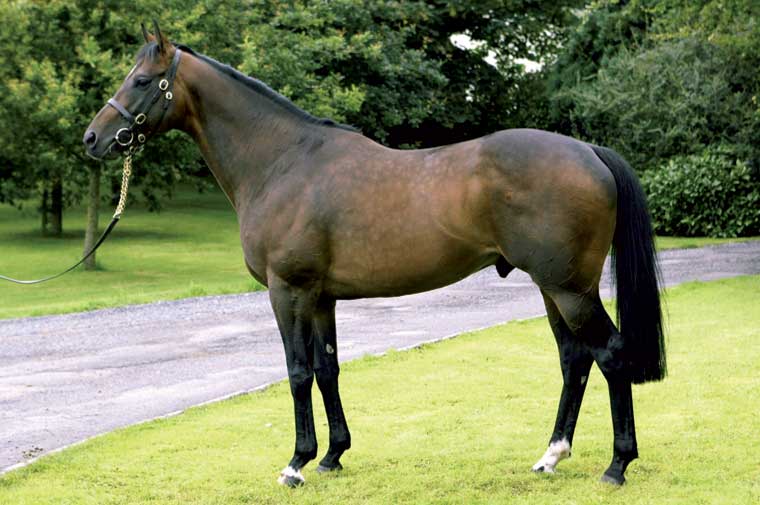 Kodiac’s son Adaay, who is represented by his first crop two-year-olds this season.

“Adaay had three or four [early two-year-olds] primed to run at the beginning of April and trainers have told me it wasn’t easy to back off them. Fortunately he seems to have a couple of good colts.

“We were on track for a record season before the virus hit and while we did achieve it we were probably slightly down on the figures it looked like we might reach at one point. A few mares that were booked to Showcasing from France failed to get here, but we covered 451 mares. We may have been five per cent down, but nothing too serious.

“Some of our own later foaling mares that we might have given one cover we left alone, but we hope to catch them early next year.”

Harper says: “The long-term impact of Coronavirus will be dependent on the bloodstock business. We grow and shrink with the industry, so I’m not planning any wholesale changes. The first test will come at the yearling sales, which will tell us whether to keep growing or cling on for dear life and that would be the same for all commercial businesses.

“It turns out we have a record number of yearlings, 40, which is slightly more than usual, but we can’t change the number on the ground at this stage. We are very realistic when taking horses to sale and pride ourselves on a 90 per cent plus clearance rate. That will be very relevant this year. We have shown we are prepared to take a bit of a beating and accept the rough with the smooth.”

“Stallion fees will be coming down”

If Australia is a guide, stallion fees in Europe and North America will fall, and Harper is certainly not suggesting otherwise. “Stallion fees will be coming down and that’s the right thing to do,” he says. “A stallion’s popularity can vary from month to month let alone year to year. Last year, when Due Diligence banged in a couple of Group winners at the end of the year. people were asking would we stand him at £10,000 or £12,000. I stood him at £8,500 and thank goodness I did, given that Coronavirus was around the corner, because he covered a very good book. I’d rather leave meat on the bone for the breeder and hope they come back to us.”

Harper worked in the property industry before joining his father’s business just as the impact of the 2008 bank crash hit world markets. “I thought it was a tough time to join the business,” he says, “but it proved to be the best because I really had to learn what was important and how to run the business. Learning during that depression may well help me in the one we are about to face. If you join at the top of the market will you be able to cope when you hit a dip?”

It must be seen as a feather in the stud’s trilby that three of its four resident sires represented behemoths of racing and breeding on the racecourse. Khaled Abdulla, who bred and raced Showcasing, Messrs Tabor, Smith and Magnier who raced Due Diligence, and Sheikh Hamdan, whose colours were carried by Adaay, would not have allowed Group-winning horses to take up residence at a European stud which could not do them justice in a second career. That comment is not meant to disrespect Global Racing & Elaine Burke who raced Gr.1 winner Havana Grey before he began covering at Whitsbury last year. 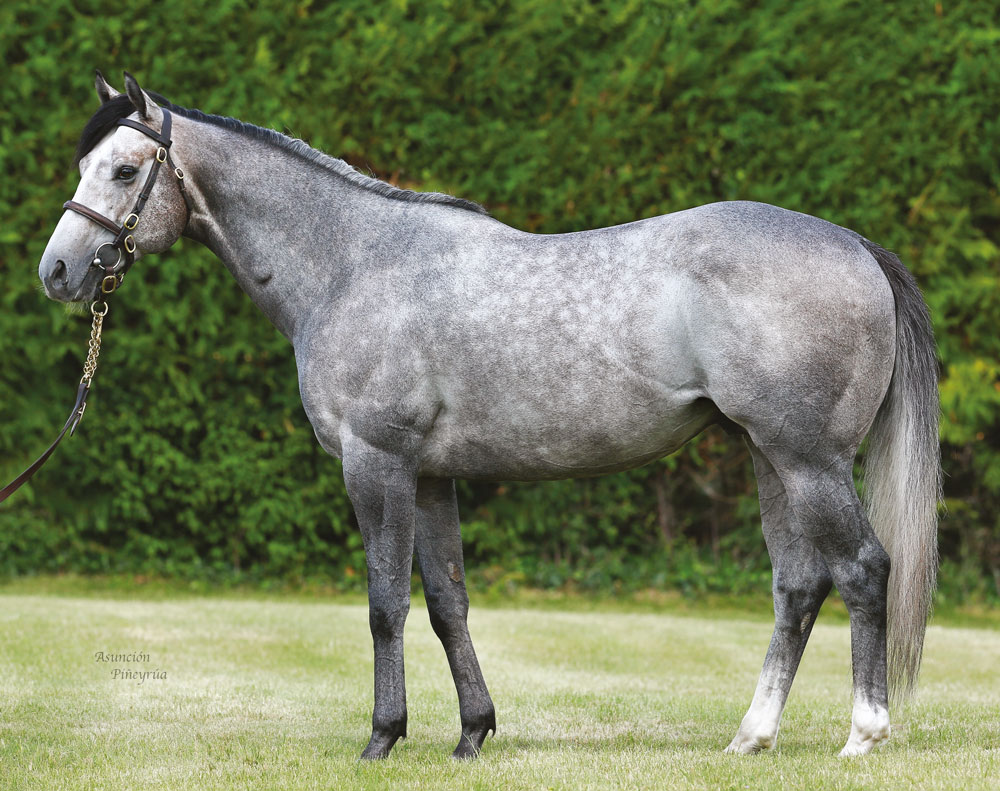 Asked how he has managed to tread a path into the top temple of racing, Harper says: “The answer is I try to be the most straightforward business partner possible, and to understand their side of the fence. What do they want out of this? I’d much rather have the stallion I want and play by their rules than not gain the stallion. I wake up and go to bed thinking about our stallions 365 days a year, and if I don’t like one or have to make excuses for one it will drive me mad.

“Every stallion deal is different with complexities and add-ons and breeding rights etcetera. Also there is vetting to consider when you buy the horse.

“My father and his team built the business up, but for the first 30 to 40 years he was unable to own big parts of the stallions. It is only recently that we’ve been able to buy into these stallions, and Showcasing was the first sire we bought and owned outright. Havana Grey is the only other horse we’ve owned outright – the rest have been partnerships or minority holdings.

“Explaining the experience from zero pretty much killed me”

“It probably helps [if a stallion has raced in a leading owner’s colours], and I have only stood one horse that no one knew, and that was Foxwedge [now standing in his native Australia]. That was partly naivety and partly through being new to the business, but I really believed in the horse. I flew to Australia and back to view him – which proved the most exhausting three days of my life. He had a brilliant race record and was a son of Fastnet Rock, but it was the hardest job to sell a stallion no one had heard of up here. Explaining the story from zero pretty much killed me.

“We had enough support to give him half a chance and he bred Group 1 winner Urban Fox from his first crop and Foxtrot Liv who was placed in the Irish 1000 Guineas in his third crop so he did a decent job, but I failed to get him on a roll. He taught me a massive amount and it was a painful, painful lesson, but I’m still glad I did it.”

Harper gives a wry and resigned smile when the subject of the American Jockey Club’s 140 limit on stallion covers is raised, and then says: “Have we got four hours?”

He adds: “I’m slightly in favour of a limit, but it’s not black and white. I can see the arguments on both sides. Depending on the current position of your stallion you believe one issue is more important than the other. In business the free market is important, but the bloodstock industry is a special case.

“There are concerns about breeders and trainers going out of business, but proportionately more stallion studs have closed in Britain compared with other sectors of the industry. One reason for that is the increased capacity for stallions to cover big books.

“For diversity within the business, and not just the gene pool and genetics, we need a number of players. In general I like the idea of levelling the playing field and limiting books, although that does raise plenty of other questions.

“If there was a limit on the most popular stallions some second, third and fourth-season sires would get more of a look in – it might give those sires a chance to get established.”

“I’m not interested in mile and a half winners”

From the village of Whitsbury to Royal Ascot is little more than a good piece of work up the M3, but the closed-door policy means Harper will be viewing this week’s action on television, and taking a particular interest in today’s Group 1 Queen Anne Stakes, in which Showcasing’s son Mohaather represents another resident of the parish. Marcus Tregoning trains from stables adjacent to the stud, and, as Harper puts it: “There’s a good vibe going around the village.”

He won’t be taking too much interest in today’s Ascot Stakes or Thursday’s Gold Cup, for he says staying contests hold little appeal. “Tea races,” is the Harper family’s description of such events, for they provide a chance to take a break from watching the racing on television and put the kettle on.

His four resident sires are all speed-orientated, but the likes of speedsters Cadeaux Genereux and Compton Place served Whitsbury well under his father’s time at the helm, and he sees no reason to change the policy. He says: “I’m passionate about speed. You are only good at something if you are passionate about it. My first hero was Linford Christie at the 1992 Barcelona Olympics [he won gold].

“My father mowed a strip of 100m in the field behind the house and would time me over the distance. I was the fastest at school until others caught me up at 17. I could name every 100m world record holder from Jesse Owens to Linford and their time and the year they set the record, and I’ve been obsessed by sprinting ever since.

“I’m not interested in mile and a half winners – on the other hand, if you find the next Frankel and he wins a Juddmonte International I would love to stand him.”