Having stood his first six seasons at a relatively low fee, Doctor Dino is now the highest priced NH sire in Europe – and deservedly so, says Adam Potts. 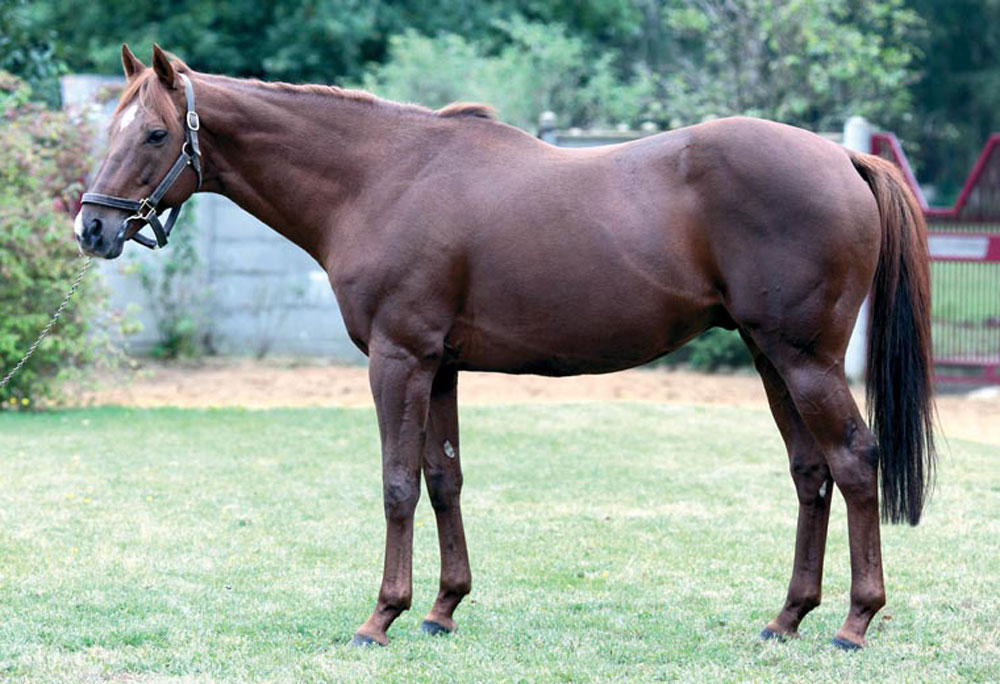 This year has seen a new record set for a National Hunt stud fee, in line with the growing demand for the best jumping stock. The globetrotting Doctor Dino will stand for €16,000, a thousand more than the fee for Saints des Saints and the late Martaline. These two stallions were game changers in the French stallion ranks, but the recent record of Doctor Dino’s progeny shows he is not over-rated at his current fee.

He has earned his rise to prominence. Haras du Mesnil, where he has spent all his stud career, stood him for his first six years at just €3,000. The outstanding stat for Doctor Dino is that he sired a Grade 1 winner over jumps in each of his first four crops, and to date, all of Doctor Dino’s National Hunt runners have been bred off that fee. The feat is all the more outstanding when one looks at his number of foals in each of his first four crops registered with France Galop: 31, 28, 17 and 18 respectively.

His first crop included La Bague Au Roi, who became one of the highest-rated mares over fences as a novice with wins in the Kauto Star and Flogas Novice Chases at Kempton and Leopardstown. Alan King’s Sceau Royal won the Henry VIII Novices’ Chase at Sandown and has emerged as one of the country’s leading chasers with his close defeats behind the all-conquering Altior. His third crop threw Sharjah, who has accumulated three Grade 1 hurdle wins since his 2018 Galway Hurdle success and is a lively outsider in an open looking Champion Hurdle at the Cheltenham Festival. Then his 2014 crop produced Master Dino. Under the tutelage of Guillaume Macaire, he was crowned the best four-year-old hurdler in France for his eight-length win over Tunis (the unique Polish-bred, now at stud in Haras de Cercy) in the Grande Course de Haies des 4 Ans. Master Dino subsequently sold for the princely sum of €420,000 at Arqana in November. 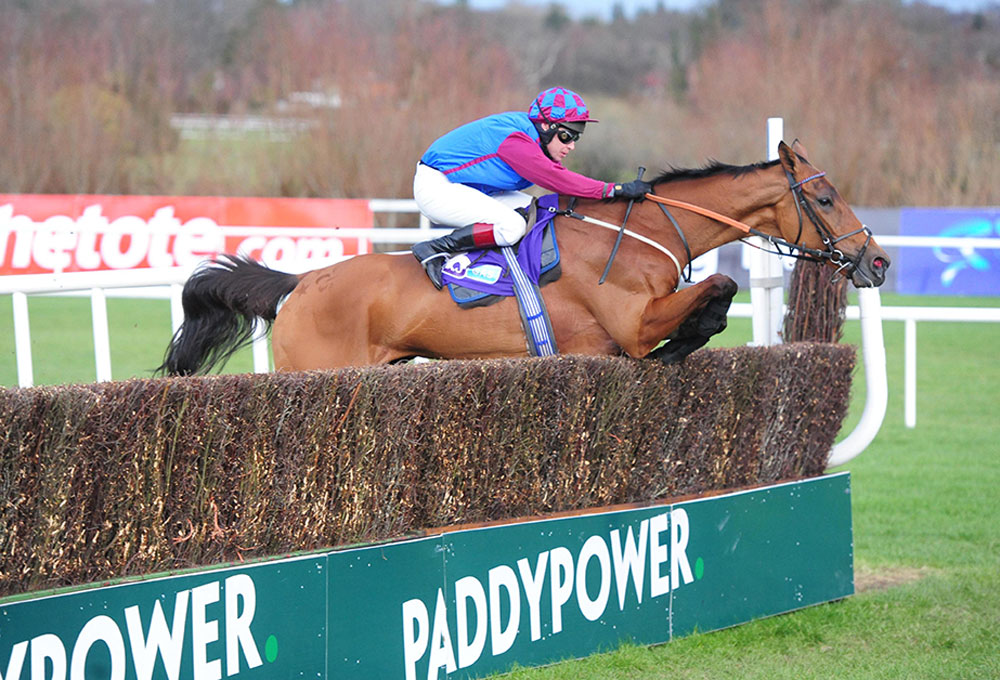 More recently, Garfield looked like a lovely prospect for leading owners Simon Munir and Isaac Souede when runner-up in a Grade 3 juvenile hurdle at Compiegne. The newly-turned four-year-old Gloire d’Athon showed plenty of raw ability when winning a Flat race for unraced non-thoroughbreds in Cholet. It led to Alex Elliott spending €200,000 to acquire him at the Arqana Autumn Sale in November just gone. Lots are happening for the sire, and he is far exceeding expectations.

Recent six-figure transactions have taken place for his stores and yearlings too. Aiden Murphy went to €130,000 for a half-sister to the prolific mare Salsaretta at the Tattersalls Ireland Derby Sale, and Highflyer spent €130,000 on a yearling colt out of a Turgeon full-sister to Turgot.

Adding to his juggernaut of top-flight winners over jumps have been some classy types on the Flat. Physiocrate, a filly from his second crop, finished runner-up in the Group 1 Prix de Diane (the French equivalent of the Oaks) behind Star Of Seville. Another filly, Golden Legend, posted a Group 3 win in France, earning an official rating of 110, whilst a similar rating applies to Villa Rosa, who beat the colts for her win in a Group 3 in September.

All three fillies were trained by Doctor Dino’s stallion master Henri Devin, who has given the sire a huge amount of support since day one. Alongside standing the most expensive NH sire at stud, he had, up until last year, stood the world’s oldest active stallion in Turgeon. Incredibly, Turgeon was still actively covering mares up until his death at age 33, and still managed to cover 26 when he was 32. His daughters have crossed well with Doctor Dino, producing the aforementioned La Bague Au Roi and Gloire d’Athon, in addition to Listed chase winner Dottore and the Grade 3 juvenile hurdle-placed Invincible Dina.

Doctor Dino became one of the world’s most travelled horses, competing in seven countries around the globe. He won two renewals of the Hong Kong Vase (where his trainer Richard Gibson now plies his trade) as well as the Man O’War Stakes at Belmont. He was as versatile as the thoroughbred can be, gaining Black Type at two after winning on his debut; winning from 7-12 furlongs on all types of going, and racing until the age of six. His glittering career earned him well in excess of €2 million. 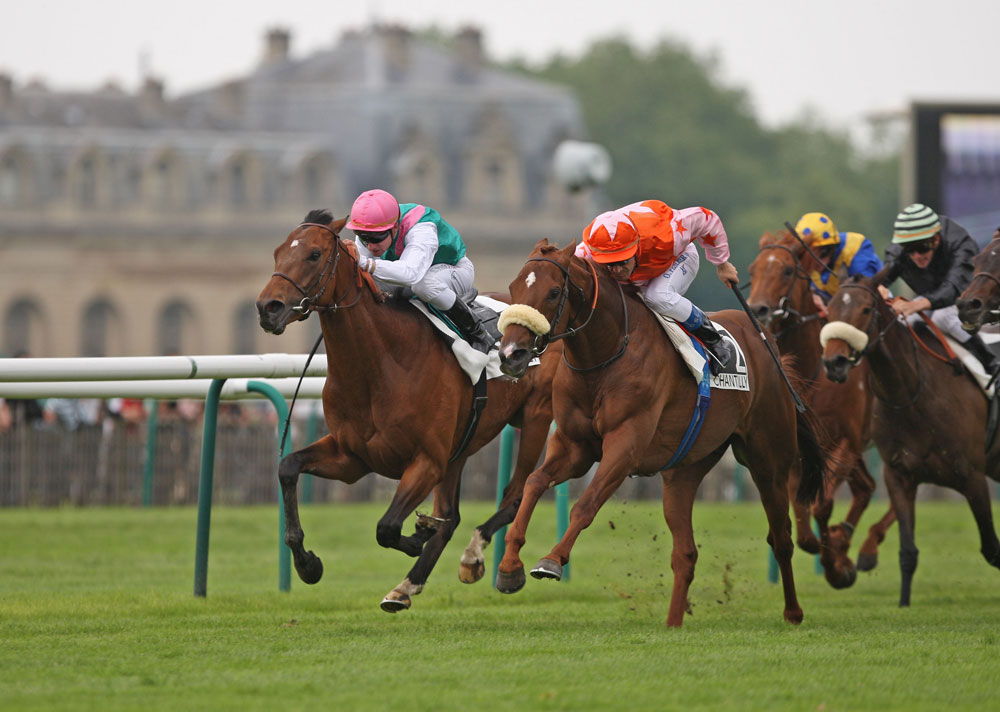 In many respects, he possessed many of the traits required to succeed as a jumps sire. He was sound, had a tough mind and constitution to withstand the rigours of travelling, handled cut in the ground and had tons of ability. Also worth noting was that his sire, Muhthatir, who despite being a miler, became a prominent sire over jumps through the likes of Twinlight, and more recently, Envoi Allen – one of jumps racing’s most exciting prospects.

Doctor Dino hails from the Sharpen Up sireline, who was best known for siring the full brothers Kris and Diesis. This rare sireline is currently active through Selkirk (sire of Cityscape) and sons of Diesis – sire of Elmaamul (himself sire of Muhthathir) – and Halling, whose sons Jack Hobbs and Norse Dancer are now flying the flag for him after the untimely death of Coastal Path.

Doctor Dino is in high demand – his number of coverings are rising with his fee, which is likely to be a potent combination. One might say it was a feather in his cap that Haras de la Haie Neuve imported his Authorized half-brother Bande from Japan to stand in France for the 2020 season. Bande was a talented Listed-winning stayer who placed in the Group 1 Japanese St Leger, but his main reason for coming to France is his half-brother (and to some extent his sire Authorized, who has arguably become the best jumps sire to never be marketed as one).

Doctor Dino has already achieved so much, and as is often repeated, the higher-priced stud fee could mean a rise in the quality of his stock to come. Stallion owners must wait to reap the rewards of establishing a National Hunt sire, and at age 18, Doctor Dino has proven he is capable of producing top-class horses under both codes. For superior jumps mares at stud, he could be just what the doctor ordered.