Albigna sturdy enough for the Oaks

Having run his expert eye over the Classic colts, Simon Rowlands now turns his attention to the fillies.

While sons of Shamardal dominate the ante-post betting on the 2000 Guineas, notably through Pinatubo and Earthlight, his daughters are nowhere to be seen in the same for the 1000. Instead, the shortest-priced contenders are shared between Frankel (Quadrilateral), Iffraaj (Powerful Breeze), Zoffany (Albigna) and Kingman (Khayzaraan).

The first two of those met in the Fillies’ Mile at Newmarket in October, with Quadrilateral reaching the line a head in front of Powerful Breeze, but it is a race that takes a bit of unravelling. Every one of the nine runners finished slower than par, and there was a remarkably fast 11.1s mid-race sectional on what was easy ground (but with a following wind).

While Powerful Breeze looked to make her move prematurely (went long odds-on in running), Quadrilateral showed stamina and tenacity in abundance. Timeform has both fillies on 110: 118 is the average of recent winners of the first fillies’ Classic.

Powerful Breeze has a high cadence (maximum of 2.51 strides/second, minimum of 2.41, at Newmarket) and a mile could well be her limit, but Quadrilateral is a bit more relaxed (2.50/2.31), if not to the degree that there could be copper-bottomed confidence in her getting the Oaks trip.

You might expect Albigna (Timeform 111) to be a miler on some elements of her breeding, but she stormed home to win the Prix Marcel Boussac on good to soft going at Longchamp and when fourth in the Breeders’ Cup Juvenile Fillies’ Turf at Santa Anita. Her striding signature (2.27 maximum, 2.17 minimum) is more that of an Oaks filly, and she is one of two I have backed for Epsom. 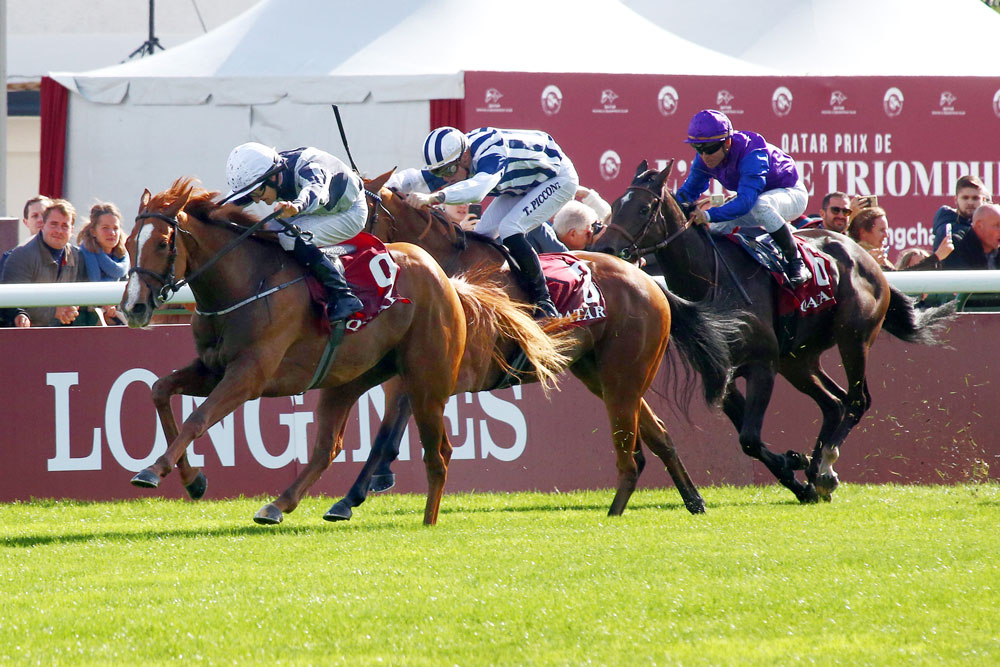 Albigna (Zoffany) comes home two and a half lengths clear of her rivals in the Group 1 Prix Marcel Boussac. Her stride pattern suggests she’s more of an Oaks than a Guineas type.

Khayzaraan (106) was expected to go for the Boussac, but in the end connections drew stumps after minor, but impressive, wins at Deauville and Chantilly in which her sectionals pointed to her being at least useful. Her striding figures in that Class 2 at Chantilly (2.51/2.35) suggest she may be a miler in her second season.

Stamina for the 1000 Guineas could be an issue for 113-rated Raffle Prize, who peaked at 2.50 strides/second or higher on each of her last three starts, the daughter of Slade Power not quite lasting home in the Cheveley Park Stakes at Newmarket on her final one.

That race went to Millisle, a 115-rated daughter of Starspangledbanner who looks like getting a mile judged on run style – she was outpaced for a long way at Newmarket – and striding figures of 2.44/2.36, which are most typical of a 7f/8f performer.

Daahyeh has already shown she gets a mile well enough to finish second in the Breeders’ Cup Juvenile Fillies Turf, before which she won the Albany Stakes at Royal Ascot and the Rockfel Stakes at Newmarket, but that looks like being the limit for the daughter of Bated Breath from quite a speedy family. Her Timeform rating of 109 gives her a bit to find in the Guineas also.

Back in third in the Rockfel was Cloak Of Spirits (by Invincible Spirit), who is worth a second look for the 1000 in my view, despite being rated only 104 (though with a “p”) by Timeform. She strides like a miler but went too freely at the trip when lacking experience in the May Hill Stakes at Doncaster. Her sectionals on her impressive winning debut at Ascot, including a sub-12.0s one from 3f out to 2f out, were smart. 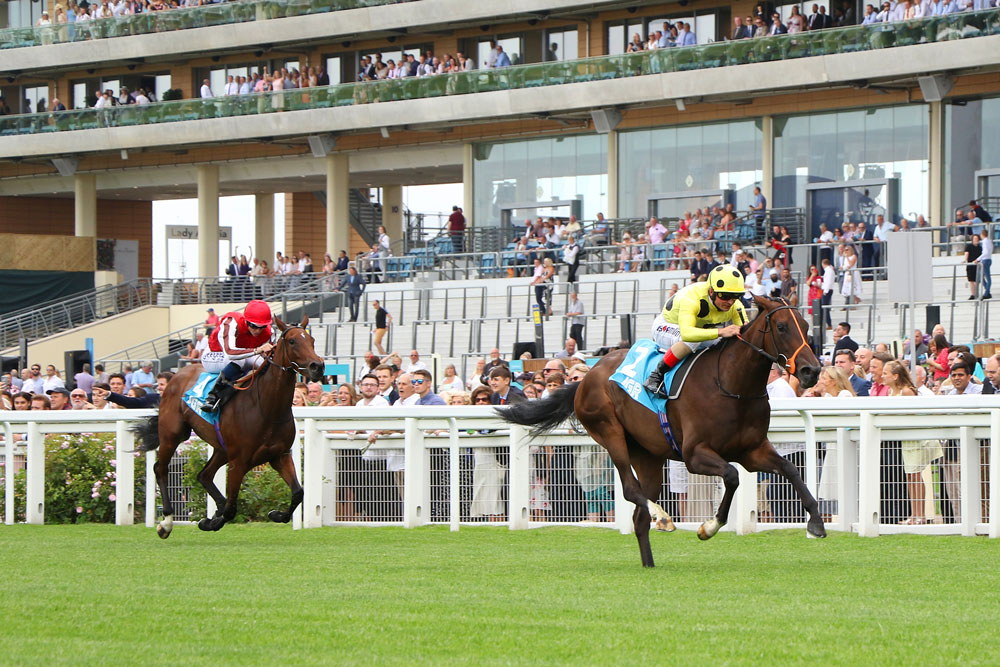 Cloak Of Spirits (Invincible Spirit) makes a winning debut at Ascot, recording some impressive middle sectionals. She went on to finish a close third in the Rockfel Stakes at Newmarket.

Several of the other fillies prominent in the ante-post betting for the 1000 Guineas could well prove to be more Oaks types, not least the William Haggas-trained Born With Pride (Born To Sea), who won a Listed race at Newmarket on her only start and earned a 105P Timeform figure. Her striding (2.36/2.10) is entirely consistent with one who will be suited by 10f/12f as a three-year-old.

Born With Pride’s stable-companion Domino Darling (Golden Horn) also won at a mile on heavy on her only outing (in her case at Doncaster), earning a more modest 95 rating but impressing with her overall time and late sectionals. She strides like a 10f/12f filly also (2.33/2.22), and is the other one I have backed for Epsom.

The Fillies’ Mile third and fourth, Love and Cayenne Pepper, plus the Debutante Stakes winner Alpine Star and the unbeaten Listed winner Fancy Blue, feature in the markets for both the 1000 Guineas and Oaks but seem more likely to thrive at the latter trip as daughters of Galileo, Australia, Sea The Moon and Deep Impact respectively.