Three of a kind

Speed and precocity are in demand. All else equal, the progeny of such stallions are an easier sell. There are more owners for a fast horse who matures early, as the cost of training fees against low levels of prize-money is increasing impatience. The capital outlay for a late-maturing middle-distance horse before he peaks is too much for most.

Three extremely fast horses not owned by the “big five” bound for stud include Soldier’s Call, who has retired to Ballyhane in County Carlow for the 2020 season.

Trained by Archie Watson for Steve Parkin’s Clipper Logisitics, Soldier’s Call proved best over the minimum trip in the Listed Windsor Castle Stakes at Royal Ascot, beating twenty-seven rivals in the process. A solid run in the Gr 3 Molecomb Stakes at Glorious Goodwood followed, before stepping up to win the Group 3 Prix d’Arenberg at Chantilly.

Despite coming to hand early enough to win at Royal Ascot, he clearly progressed as the season went on. Just thirteen days after his win in France, Soldier’s Call reappeared on British soil for the Group 2 Flying Childers, the only five furlong race at that level for two-year-olds other than the Norfolk Stakes. He won convincingly, and went to straight to the Prix de l’Abbaye, pitched in against older horses. He finished third, beaten just a head and a whisker and beating Battaash in the process. It was an exceptional achievement for a two-year-old to hold his own against Europe’s best older sprinters – a feather in his cap after a tremendous juvenile campaign in which he failed to put in a disappointing run. He even travelled to Churchill Downs for the Breeders’ Cup Juvenile Turf Sprint, and might have gone very close but for being interfered with leaving the stalls. 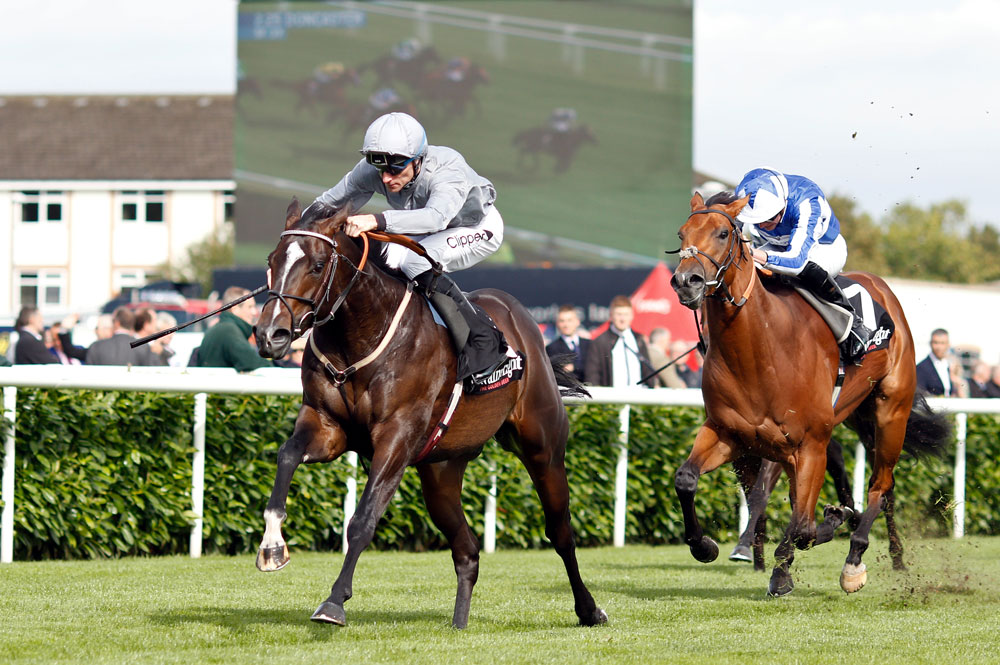 Soldier’s Call runs out a decisive winner of the Group 2 Flying Childers Stakes at Doncaster.

At three, Soldier’s Call emerged with credit when third to Blue Point in the Group 1 King’s Stand Stakes, making nearly all the running and being sandwiched between Battaash and Mabs Cross for the placings. In the Nunthorpe, he was the best of the rest when behind Battaash, who was on fire, earning his best Timeform rating of 119. Throughout his career, Soldier’s Call showed a willing and tenacious attitude, which bodes well for his future progeny.

He’s by Showcasing, who has earned his way up the ranks through a stream of Group winners – nineteen in all so far – the majority of which were bred off fees ranging from £4,500-15,000 (he stood at Whistbury Manor Stud this year for £55,000). Soldier’s Call inherited plenty from his dam Dijarvo – an early, fast two-year-old who won the five-furlong Listed Prix La Fleche at Maisons-Laffitte.

Another blisteringly fast son of Showcasing is Advertise, who retires to The National Stud. Advertise gained his juvenile Group 1 win in the Phoenix Stakes after winning the Group 2 July Stakes and finishing runner-up in the Group 2 Coventry Stakes at Royal Ascot to Coolmore-bound Calyx.  He signed off his two-year-old season behind Too Darn Hot (who will stand for £50,000 at Dalham Hall Stud next year) in the Group 1 Dewhurst Stakes, gaining the measure of subsequent Epsom Derby winner Anthony Van Dyck by over a length.

Trained by Martyn Meade for Phoenix Thoroughbreds, Advertise improved at three to become Timeform’s joint-highest rated three-year-old sprinter on 126 with Ten Sovereigns (another retiring to Coolmore) after his authoritative win in the Group 1 Commonwealth Cup. The exceptional standard of the first four home in that race was later confirmed with the third and fourth-placed Hello Youmzain and Ten Sovereigns each winning Group 1s against older horses. The latter’s win came in the July Cup, in which Advertise ran a solid race in defeat after going off favourite. He reappeared three weeks later, winning the Prix Maurice de Gheest, beating the Group 1 winners Brando, One Master and Polydream. 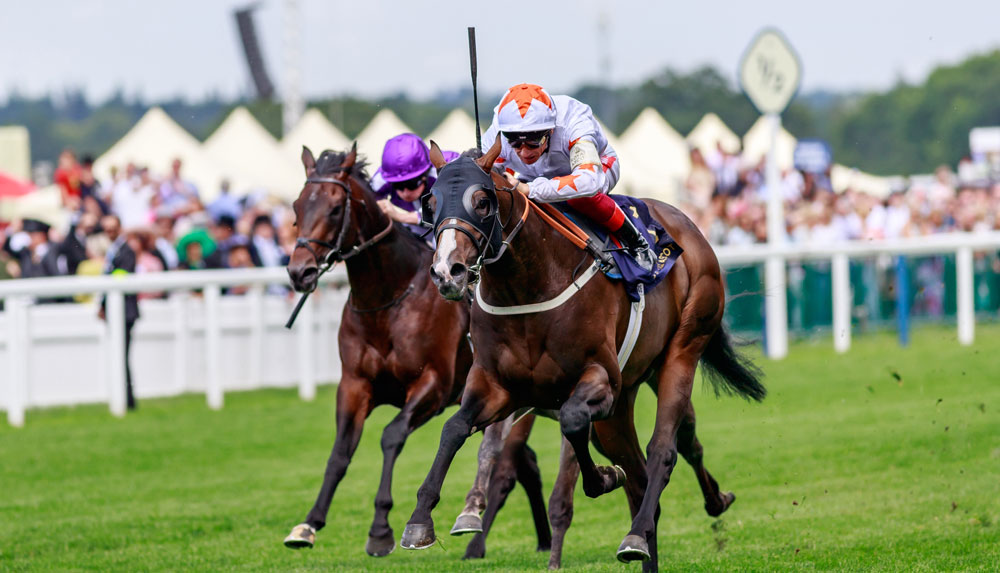 He hails from a fast family which includes the smart Group-performing sprinters Saayerr and Ornate, in addition to the Group 3 Nell Gwyn winner and Classic-placed Heart Of Joy. Advertise is by Showcasing and out of a winning Pivotal mare. The latter has become a phenomenal broodmare sire, with his daughters producing the likes of Cracksman and Magical. This cross is absent of Danehill with just one strand of Danzig (through his sireline). Danehill-line mares are therefore likely to figure prominently in his book.

It is also worth noting that his owners, Phoenix Thoroughbreds, are a rising force in boutique racehorse ownership. With Amer Abdulaziz at the helm, one would believe they are sure to give Advertise the necessary support at stud, both in terms of sending mares and buying his progeny when the time comes.

Future stud plans have already been announced for the previously-mentioned Hello Youmzain, who has been jointly-purchased by Haras d’Etreham and Cambridge Stud, opening the doors for him to stand in both hemispheres. Being a son of Kodiac should mean he is well received in both hemispheres. Kodiac is king of two-year-old winners, and the fact he is a three-parts brother to Invincible Spirit and son of Danehill means he offers two of Australia’s most influential stallions in his pedigree. He is half brother to three other blacktype horses, including the Group 2 winner and Deutsches Derby-placed Royal Youmzain, and the Stakes winning sprinter Zuhoor Baynoona.

Hello Youmzain showed his class early, winning the Group 2 Criterium de Maisons-Laffitte at two over six furlongs. Tried at seven furlongs in the Group 3 Greenham Stakes, a trial for the Guineas, he was subsequently kept at six, winning the Group 2 Sandy Lane Stakes, beating Calyx. He gave a good account in the Group 1 Commonwealth Cup when third to Advertise, running on well when he straightened himself up, indicating he was value for more than the bare result. That turned out to be the case as connections made more use of him when winning the Group 1 Haydock Sprint Cup, posting a Timeform rating of 124.

Each of these three stallions was fast and they showed their class as two-year-olds. But also, each of them improved from two to three. This makes them likely to be commercially appealing and all appear to be in the right hands to be given every chance of success at stud.