Wichita and Military March have potential

Simon Rowlands provides his assessment of this year’s Classic colts

The racing business is, as much as anything, a business of sustaining hope. The hope involved with a mating, the hope attached to an unraced youngster, and the hope that the next race will – finally – be the race in which it pays off with more exposed sorts.

But there is no hope quite like the hope associated with a Classic contender through the winter. Dreams are legitimate, whether you are a punter, a breeder, an owner, or part of the team entrusted with turning that dream into reality where it matters.

There are, as ever, plenty of hopes and dreams with the spring of 2020 around the corner, not least for those connected with sons of Shamardal, who had a tremendous year in 2019 with his juveniles. Best of all, of course, was Pinatubo, officially the most highly rated two-year-old in 25 years after six wins out of six, notably the National Stakes at the Curragh by nine lengths. That effort earned the colt a 134 Timeform form rating and 131 timefigure, and there is no doubt that he was exceptional in his first season. 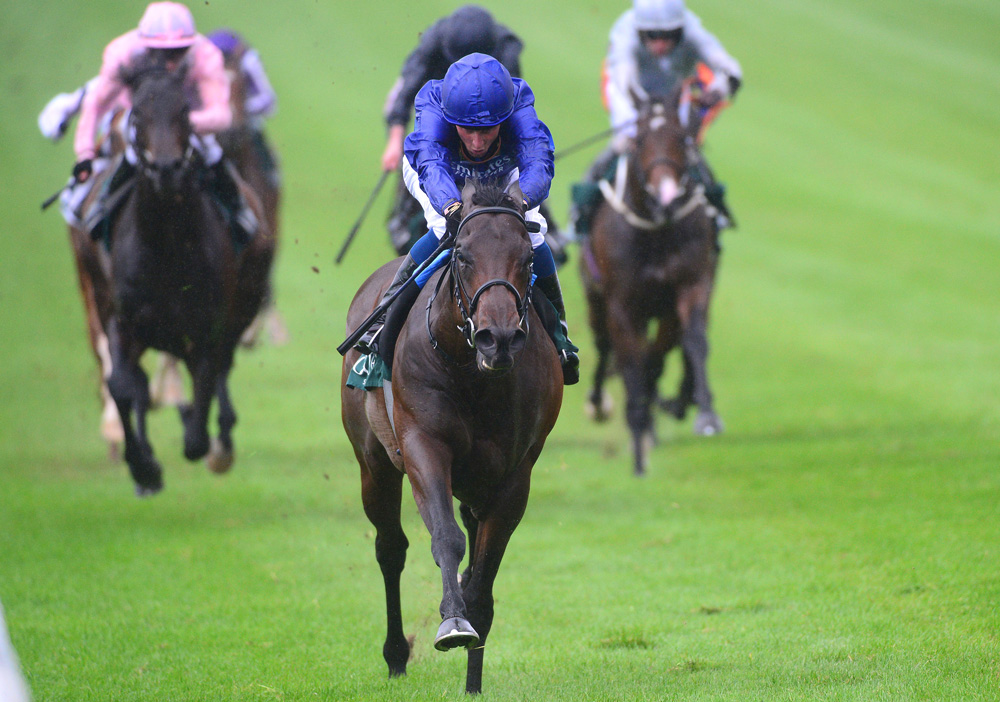 One of several strong contenders for his sire Shamardal in the Guineas, Pinatubo achieved an outstanding Timeform rating of 134 when winning the National Stakes by nine lengths at the Curragh.

The chances are that Pinatubo will be less dominant as a three-year-old, but that may not stop him from winning the 2000 Guineas at Newmarket in May: he will have to regress quite a bit not to be up to usual winning standard, though things are not always that simple, of course. There is only a little doubt that he will be effective at a mile, for all that he has raced only at 6f/7f to date. But there is significant doubt that he will prove to be a Derby horse judged on how he strides.

Striding analytics show that hardly any stayers stride quickly (and those that do tend to switch off for the majority of their races anyway) and that hardly any sprinters stride slowly. The middle ground, and the intermediate distances, are greyer areas, but the basic principle that faster striding is correlated with speedier individuals holds.

Pinatubo (2.49 strides/second maximum and 2.35 strides/second minimum averaged across his last three races) shapes like a 7f/8f performer. By way of comparison, Too Darn Hot was a remarkably similar 2.48/2.32 at the same stage of his career (and when winning Group 1 7f/8f races as a three-year-old).

Those figures are leisurely compared with another of Shamardal’s two-year-olds of 2019, Earthlight. Unbeaten in five races, including the Middle Park Stakes at Newmarket, he turned over at an average of 2.64 maximum and 2.48 minimum, which is a signature seldom seen other than in out-and-out sprinters. For all his success so far, Earthlight is still rated only 117 by Timeform.

Fabre has another accomplished son of Shamardal in 115-rated Victor Ludorum – unbeaten in three, notably the Prix Jean-Luc Lagardère at Longchamp – though speedy sectionals, as well as quite speedy legs (2.56 maximum strides/second) were features of his 2019 efforts. Against that, his average minimum strides/second of 2.23 is more encouraging regarding a possible foray at beyond a mile.

That same Lagardère featured an eye-catching effort on sectionals by Helter Skelter (a son of Wootton Bassett) in fifth, and he had also impressed as Group class on that score when winning at Deauville the time before.

Others prominent in the ante-post betting for the first colts’ Classic include Siskin (by First Defence) – unbeaten in four, rated 114 by Timeform, and a 7f/8f performer on striding – Kameko (by Kitten’s Joy) – 120-rated winner of a Futurity Trophy run on all-weather at Newcastle and more a Guineas colt than a Derby one on striding and sectionals – and a couple of No Nay Never colts in Arizona (rated 119 by Timeform) and Wichita (118). 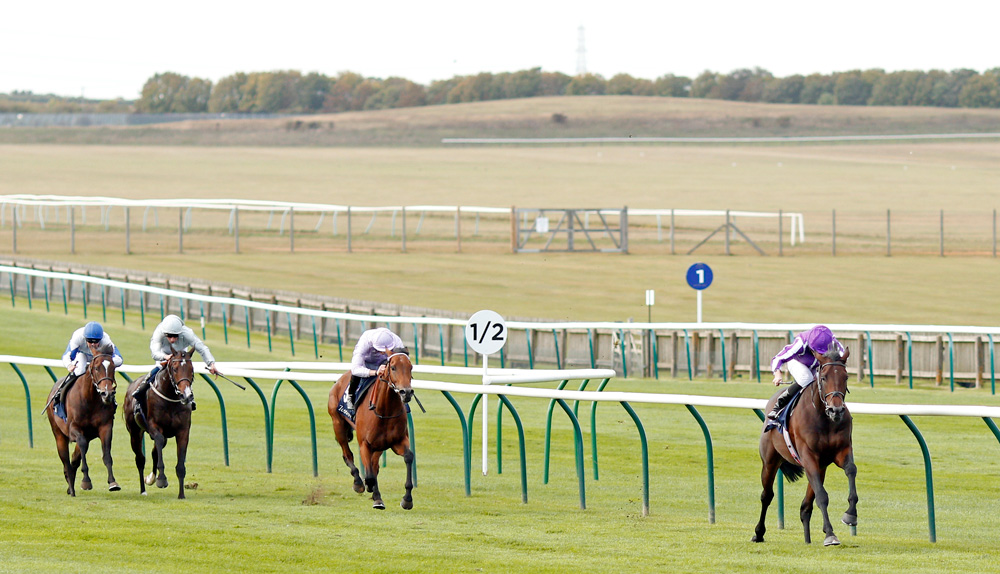 The wide-margin Somerville Tattersall Stakes winner Wichita (No Nay Never) is an interesting outsider for the Guineas.

That last-named pair filled the places behind Pinatubo in the Dewhurst Stakes at Newmarket, with Arizona getting closer (beaten two lengths) to the champion than any horse from June on. That said, the Dewhurst was run on soft going and that possibly suited Arizona more than the two he split.

Wichita was later withdrawn in France due to heavy going, and his wide-margin win in the Somerville Tattersall Stakes on good going at Newmarket previously (a race in which he strode most like an 8f/9f performer) make him the most interesting of the Guineas outsiders in my book.

Others at longer odds worth a mention are the Kingman trio Kinross (106-rated but failed to get home when fifth to Kameko in the Futurity), Palace Pier (102 after two clear-cut wins in ordinary company), and 101-rated Waldkonig (showed speed in abundance when hacking up at an extended mile at Wolverhampton on his only start); the Cappella Sansevero colt Pierre Lapin and the Footstepsinthesand pair Mums Tipple and Threat.

Each of those last three could prove to be best at short of a mile but have shown a good deal of ability already. Pierre Lapin (won Mill Reef Stakes at Newbury) and Threat (Gimcrack Stakes at York and Champagne Stakes at Doncaster) are rated 114 by Timeform, whilst Mums Tipple is on 119 after a fast-time success in a Sales Race at York.

Some of the others quoted in the Guineas betting look more like Derby contenders, including the unbeaten pair Mohican Heights (a son of Australia who is rated 105) and Military March (by New Approach, who is my personal fancy for Epsom with a rating of 118); Mogul (a Galileo brother to Japan, rated 110) and the long-striding son of Sea The Stars, Volkan Star. 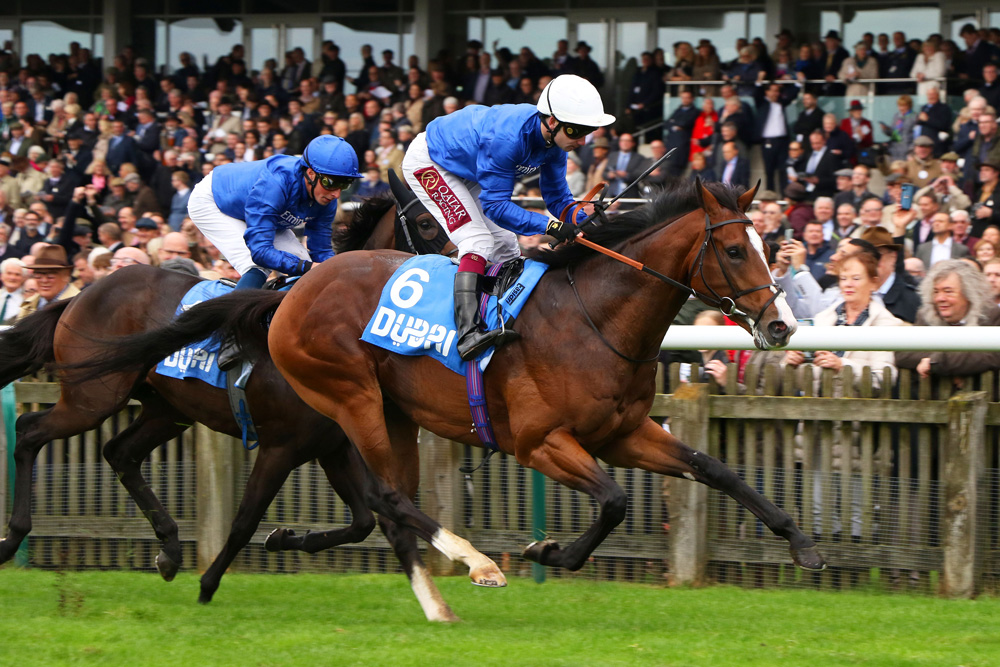 Long strides are usually associated with superior ability, though stride length is heavily affected by ground and course conformation, and therefore difficult to isolate. No two-year-old I measured in 2019 strode as long as Visinari (by Dark Angel), but his exhilarating start turned into something of an anti-climax.

Perhaps he will come good in his second season? There are a few who will be hoping so.