From cattle farming to NH stores, through pinhooking, race riding and being a stud groom, Darley’s new nominations administrator in Ireland has certainly earned his spurs in the industry and is now keen to make his mark in sales, says Carl Evans. 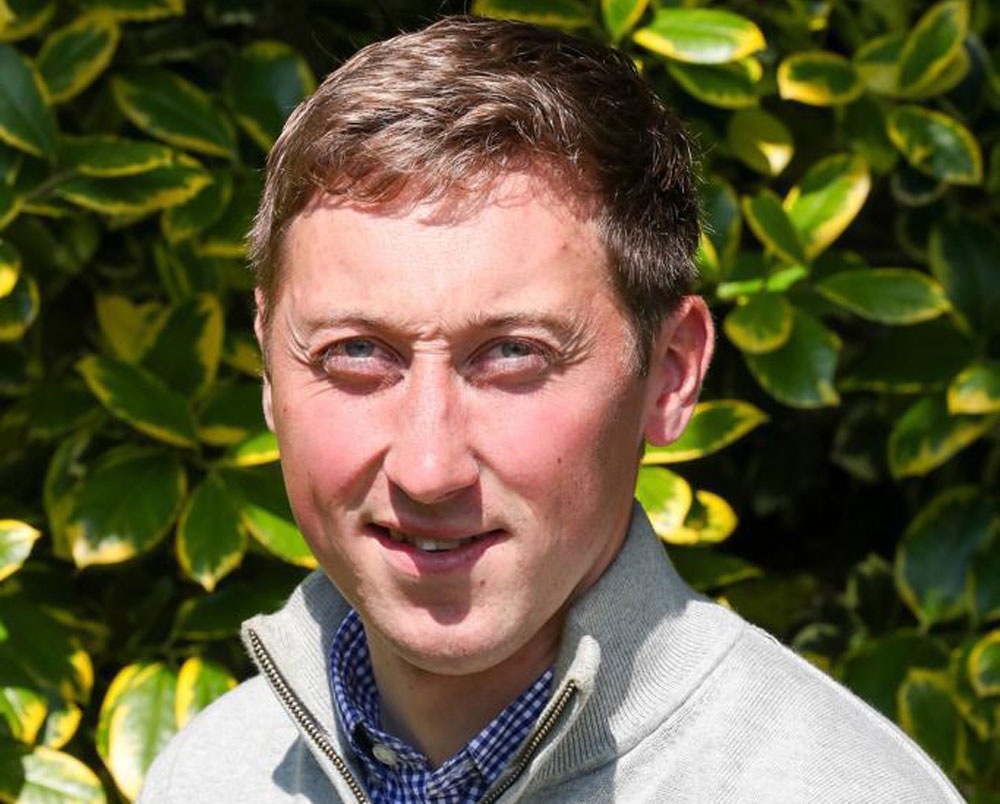 Joining a stud’s nominations team on July 1 is akin to becoming a postman the day after Christmas.

Yet Kildangan Stud’s new recruit Tom Fogarty is not shuffling dated stallion brochures to kill time before next year’s covering season begins. There is much to absorb and assess, and the stud’s Darley stallions are busy too. He says: “At the moment we’re booking mares for Night Of Thunder and Teofilo to cover to Southern Hemisphere time, and we’ve just sent a group of stallions across to quarantine in England before shuttling to Australia.”

For the record they are Belardo, Blue Point, Earthlight, Ghaiyyath and Ribchester.

Then there is the need to get acquainted with as much stock by Darley sires. He says: “I’ve been on the road looking at different Darley stallions’ stock, particularly foals and yearlings. A colleague, Anthony O’Donnell has been a big help getting me into other farms which have mares bred to our stallions. Looking at their foals gives me insight on their mannerisms and sizes which is the sort of information you can relay to mare owners.

“There have also been a lot of team meetings on Zoom, including with the Darley farms at Dalham Hall and in France. I am looking forward to visiting them, but travel is still difficult at the moment, and while we were hoping to be in Newmarket for the July Sale and races that wasn’t possible. In the next couple of weeks we’ll be planning trips to the yearling sales to meet clients and mare owners.”

Fogarty, who gained his role on Kildangan’s nominations team when Caoimhe Doherty took up a position at Forenaghts Stud – “I have big shoes to fill,” he says – grew up on a beef farm in County Tipperary, but as is common in Ireland there were store horses, too. He says: “I started riding ponies and then horses, and when my brother and I were old enough we started buying a few horses of our own to pinhook.” The brother he refers to, Andrew, is a vet based at the Newmarket Equine Hospital in Newmarket, but when asked if he considered that profession, Tom says: “Andrew’s got the brains and the looks and I’m not sure what I got.”

Of life at home, he says: “A lot of farms combine traditional farming with horses because the two complement each other – the cattle graze the land and the horses hopefully make money. My parents have had a bit of luck with their stores, and one of the earliest they sold was Kickham, who won the Aintree bumper for Edward O’Grady and J P McManus. Sizing Granite was another – he won a Grade 1 at Aintree for Alan Potts and Henry De Bromhead.”

Asked if he had considered trading stores and pointers as a full-time job, Fogarty says: “In that job you have one day to hit the board, and there are a lot of lads down in Wexford who do it so well and have the facilities. We weren’t set up for that at home.” He tried his hand as an amateur rider while at college, and competed in bumpers and point-to-points, but while it was good experience he recognised his limitations, saying: “I suppose I wanted to ride a Gold Cup winner, but soon realised I wasn’t good enough, so I let the dream come and go.”

After studying agricultural science in Dublin he served stints with Gerry Dilger at Dromoland Farm in the USA and then at Noel O’Callaghan’s Mountarmstrong Stud. More recently he has been a stud groom at Godolphin’s Ballysheehan Stud. He says: “When you’re part of the Darley umbrella you’re always following results and hoping the team is doing well. You’re always keeping an eye on the stock of ‘our’ stallions and since I have been buying a few Flat foals with my father and brother you take an interest in different progeny.”

Potentially one of the best Darley has stood

A fan of Tipperary’s hurling team and of the Netflix documentary ‘Drive to Survive’, which has ignited an interest in Formula One, he says his favourite racehorse was Sea The Stars – an inspiring champion to a schoolboy with a growing interest in racing “and a real champion for Ireland” – and while he has to pause to consider the stallion who tops his list he says: “Night Of Thunder,” adding, “. . . the way they speak about him here at Kildangan he has the potential to be one of if not the best that Darley has stood. His figures are amazing. His first crop has produced 18 per cent stakes winners to runners, which is better than Galileo and Dubawi.”

In any sales-based job there is some pressure to perform, but working for an established business is a help. He says: “Everything is done very professionally here and clients get a great service from the moment they come in the gate. It’s a very exciting roster, and a young roster. Horses like Blue Point – I’ve seen a lot of his foals and they are beautiful – and Ghaiyyath who was a champion racehorse two years in a row. Belardo, one of the leading first-season sires last year, and standing this year for €10,000, while Night Of Thunder was €75,000 and probably well priced at that fee.

“We don’t have one selling point – there’s something for everyone.”

Of his long-term goals Fogarty eschews the notion of gaining fame and riches for a far more wholesome and realistic objective. He says: “I’d like to get a book of breeders who will be willing to ring me to cover their mares – and for them to have success year after year, from the guy down the road with one mare who gets €30,000 for a Belardo foal to the stud which breeds black type winners.

“We have a saying at home which is ‘someone going bad is no good to anyone’ so if a breeder is going well they will come back. I hope they will pick up the phone to Tom Fogarty.”