In the final part of his analysis of stallions who have shown an ability to improve their mares, John Boyce concentrates on those at the budget level

In the last of our series that shines a spotlight on those sires that improve their mares, we examine those that stand for between 5,000 and 9,000. Predictably, there are not many stallions with significant numbers of runners standing in this price range that can demonstrate such an upturn. But there are some gems and a few more that go close.

The leader of this group of sires by percentage of Stakes winners to runners is Kildangan’s Raven’s Pass. That this son of Elusive Quality is in his 11th year and has only 451 runners to date tells its own story. But his 8.2% strike rate is nonetheless mightily impressive for a €7,500 stallion, even if it does fall a little short of the 9.3% achieved by all other sires that also had runners from his mares – even more so given the fact that early on in his career his mates would have been visiting some of the best stallions around at the time. Just to put his strike rate in context, it is higher than some that are employed at much higher fees, including the likes of Siyouni, Dark Angel and Kodiac.

Coolmore’s veteran sire Rock Of Gibraltar and Haras du Quesnay’s Intello fit a similar pattern in that they were once entrusted with better class mares than they attract these days due in part to their failure to excite the commercial breeding world, but also in Rock Of Gibraltar’s case because of age. That Rock Of Gibraltar has a career score of 6.6% Stakes winners is pretty decent at this stage of his career although it must be borne in mind the his score over the past five years is a much less impressive 4.5%. Having said that, Rock Boy’s recent success in the Group 3 Prix Djebel at Deauville shows that he’s still capable of siring horses with Classic potential.

The first stallion on our list – which incidentally is restricted to sires with 50-plus runners – showing a clear ‘profit’ is Tally-Ho’s Galileo Gold who is about to embark on his second season with runners. His stud companion Cotai Glory may have overshadowed him when it came to producing juvenile winners last season, but – so far at least – the high-class son of Paco Boy, rated 126 by Timeform, has the upper hand by Stakes winners to runners. His score of 5.4% Stakes winners from mares than normally produce only 2.2% will, however, come under severe pressure in the coming years as his second, third and fourth crops are all significantly diminished in both quantity and quality compared with his first. 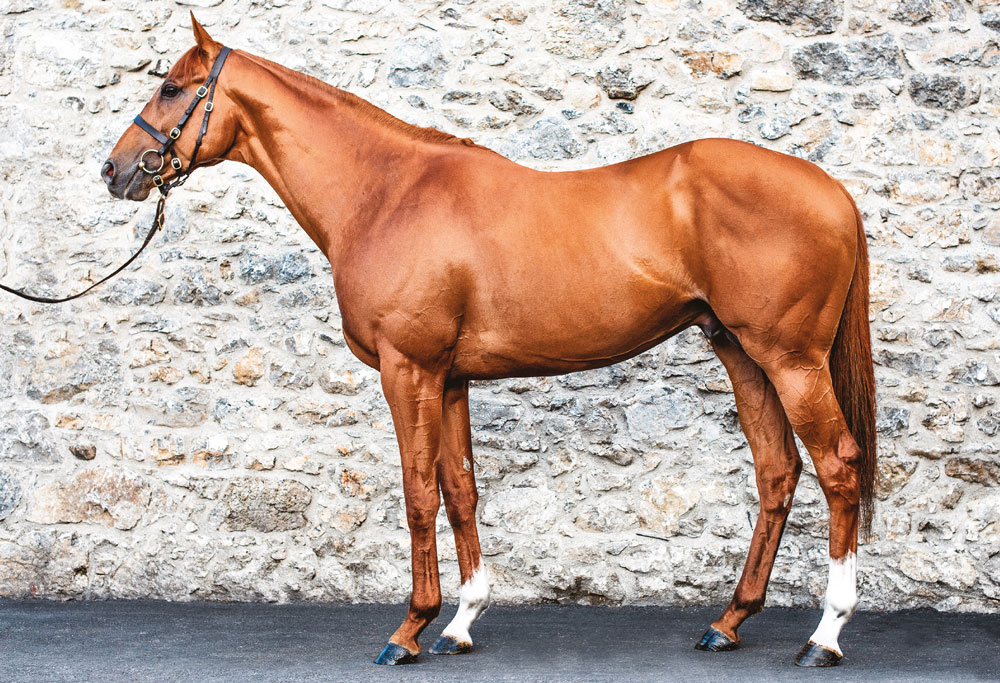 Galileo Gold had 5.4% Black Type winners to runners in his first crop last year from mares that had only produced 2.2% from their previous runners.

Lanwades’ Sir Percy is another sire with that rare ability to upgrade his mares, certainly when you assess his career numbers. Like Rock of Gibraltar though (and in fact most veteran sires), his best days are well and truly in the past as his 2.6% strike rate for his five most recent crops would suggest. That said, his effort to stay ahead of the curve is still very commendable, given the longevity of his career.

Two much younger stallions that are still in the ‘black’ are Kildangan Stud’s Belardo and Cheveley Park’s Twilight Son. Belardo, winner of the Dewhurst and Lockinge, is still rated the best son of Lope de Vega and he got his career off to a flyer, siring three Group-winning juvenile fillies and two Listed scorers in his first crop. His second already features an early three-year-old Stakes winner in the shape of Santa Anita’s Blue Norther Stakes heroine Bellabel.

Meanwhile, Twilight Son’s progressive first-crop son Twilight Spinner put up a career-best 112+ Timeform mark when winning the Listed Cecil Frail at Haydock last spring and then ran second to Art Power in a Group 3 at the Curragh. He also made a pleasing seasonal debut, when finishing third in another Group 3 at Cork recently.

Twilight Son opened his Group race account when second-crop star Twilight Jet ran out a two-length winner of the Group 3 Cornwallis after an equally fine effort when just over a length behind Perfect Power in the Group 1 Middle Park, albeit in fifth place. Like most stallions in his price range, Twilight Son will have to cope with some weaker crops over the next few years, but there is certainly enough quality there on which to advance his reputation.

Weaker second, third and fourth crops is not something that Tally-Ho’s Cotai Glory will have to contend with. Although his average book size of 110 in the past three seasons is fewer that the 177 of his debut crop, the quality among his first four books is remarkably consistent. In fact, you could easily argue that his third crop has more quality than his first. And that first crop certainly made us all sit up and take notice. 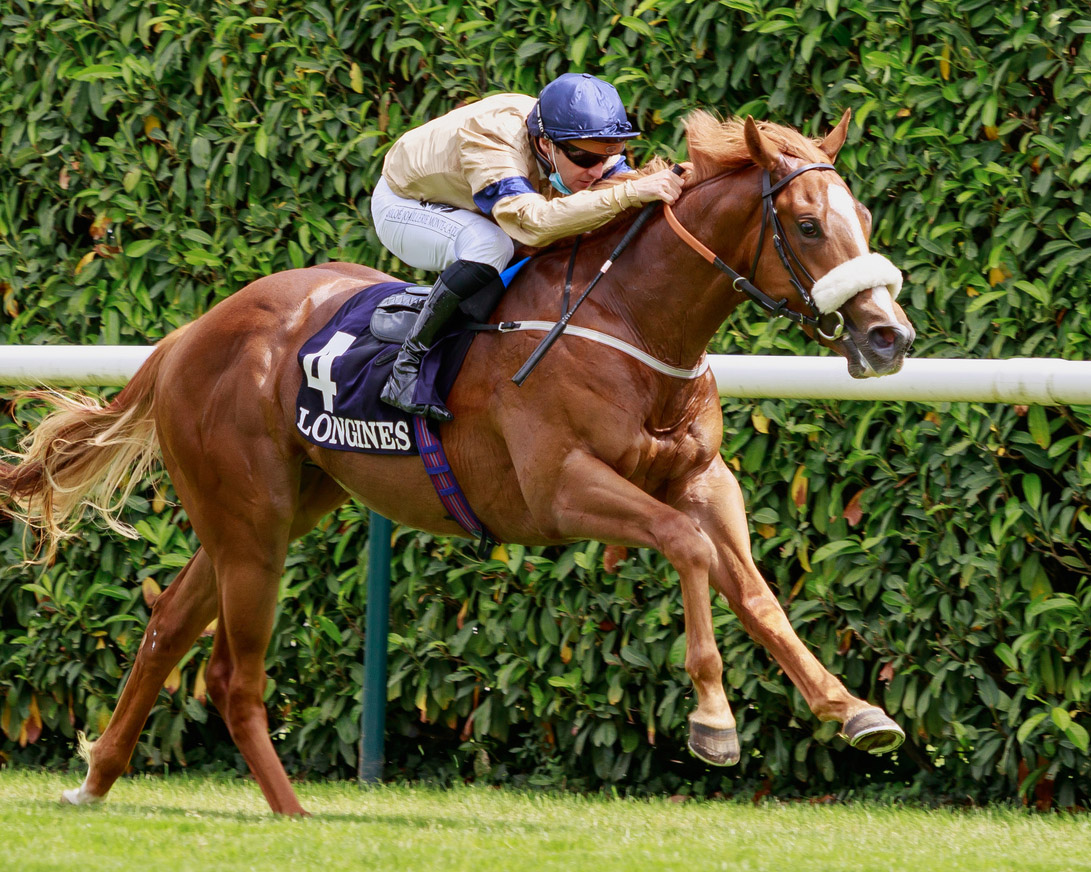 The Timeform 117-rated son of Exceed And Excel was a Group 3 Molecomb winner at two and trained on to be competitive at the top level as his third to the flying fillies, Marsha and Lady Aurelia, in the Group 1 Nunthorpe would suggest. He was never going to get near the world-record tally of first-crop juvenile winners set by his stud companion Mehmas a year earlier, but his total of 35 was enough to make him number one in Europe by winners. And there was quality there too, his son Atomic Force recording a Group-race double in the Group 3 Prix du Bois and Group 2 Prix Robert Papin before his sale to Hong Kong, while Group 2 Coventry second Eldrickjones and Group 3 Dick Poole runner-up Pearl Glory provided a pleasing supporting cast. We can certainly expect more over the coming seasons from Cotai Glory.

Other sires in this cohort that have done well with the ammunition they’ve been give include Mayson, who is staying ahead of expectations judged on Stakes horses, if not quite on Stakes winners, while Due Diligence got off to a great start with a pair of Group winners among his first two-year-olds. He was rewarded with a quality book of mares in 2020, so there are more chapters to be added to the Whitsbury Manor sire’s story in the coming seasons.