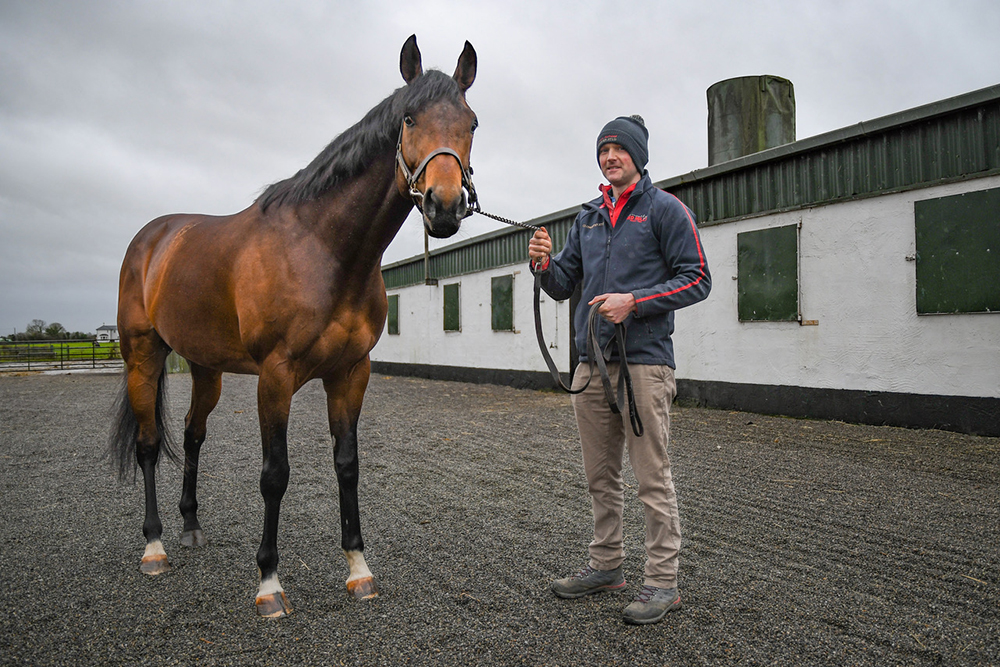 Life as we know it has changed. COVID-19 has shaken up societal preconceptions, making it the closest we’ll get to a reset of our daily routine. The economy is hibernating, for how long we don’t know, but the economic implications will be huge and lasting.

Racing has now ground to a halt. Ireland’s fast-acting response to the pandemic has been largely applauded by the nation, as has how the racing industry adhered to strict social distancing measures whilst the sport was behind closed doors. This could help it get back on track sooner than other sports once restrictions are lifted, but don’t hold your breath as to when.

A hiatus of racing is one thing, but a hiatus of coverings would be catastrophic for the industry, the ramifications of which would affect the programme book for years. Thankfully, these are still going ahead.

Among the major events to have fallen victim is the world’s most famous race, the Grand National, We’re left to mull over what might have been for Tiger Roll, who was vying for his third win and bidding to emulate the legendary Red Rum. Instead, he will remain nestled in Cullentra, County Meath, oblivious to the global crisis going on around him.

Fittingly, a dozen fields across the way from Cullentra resides his half-brother Austrian School, who retired to commence covering duties at Clongiffen Stud this year at a fee of €3,000. A sizeable sort, he physically looks more akin to a Grand National winner than his diminutive sibling, as stud owner Robert Honner explains:

“He’s a fine, big stamp of a horse and related to a high-class National Hunt performer. If you look at France, they find horses related to good National Hunt horses and it seems to work. You can’t get Tiger Roll’s DNA, but the next best thing is Austrian School.” 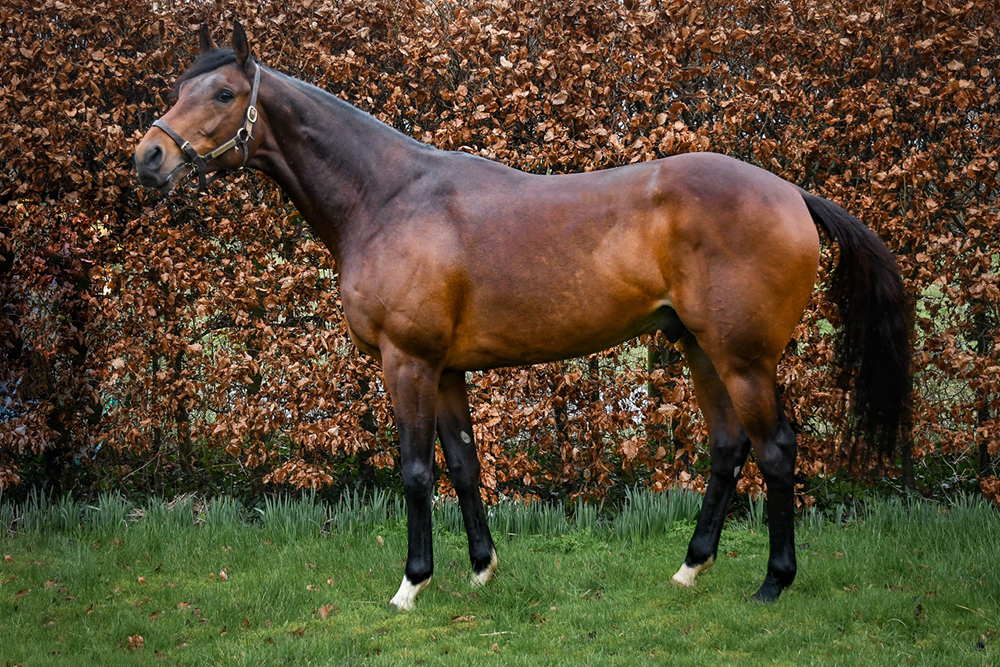 A fine, big stamp of a horse, Austrian School is a half brother to the multiple Grand National and Cheltenham Festival winner, Tiger Roll.

Not only is Tiger Roll a dual National winner, but he also boasts four wins at the Cheltenham Festival. Remarkably, the wins range from the Triumph Hurdle (for precocious four-year-olds over two miles) and the four-mile National Hunt Chase, to two renewals of the Cross-Country chase (a thorough test of jumping).

“Tiger Roll has become a national hero,” says Honner. “We went to Summerhill last year for his homecoming parade through the village. We knew there’d be plenty there but the place was absolutely mobbed, and you can fit plenty in Summerhill! It’s the fairytale that everyone is looking to breed or be a part of, which made standing Austrian School too good an opportunity to miss.

“There’s also a lot of speed and class in the family. Austrian School’s dam, Swiss Roll, is a half-sister to Berenson, who was placed in the Group 1 National Stakes at two. The family is early to mature and come to hand, so it’s good to have that in mix.”

Also notable is that Austrian School has another prolific half-sibling in the Group 2-winning stayer Ahzeemah, who followed Voleuse de Coeurs home in the 2013 renewal of the Irish St Leger, as well twice finishing runner-up in the Group 2 Goodwood Cup. Austrian School’s sire Teofilo has become a proven source of Group 1 winners, sixteen so far, as well as forty-five Group winners. Austrian School and Tiger Roll share similar sirelines – both Teofilo and Tiger Roll’s sire Authorized are grandsons of the great Sadler’s Wells.

Austrian School had some classy form over a range of trips. A dual winner at two, including on debut, he was campaigned in typical Mark Johnston fashion at three, contesting eleven races and showing admirable consistency to finish in the first three on all bar two of those starts (and fourth in the others).

In spite of that heavy campaign, he improved again from three to four. In the Group 3 Henry II Stakes, he finished just two lengths off Dee Ex Bee, one of the Europe’s leading stayers. On his final start, he chased home another top stayer in Withhold. Those performances earned him a Timeform rating of 117. 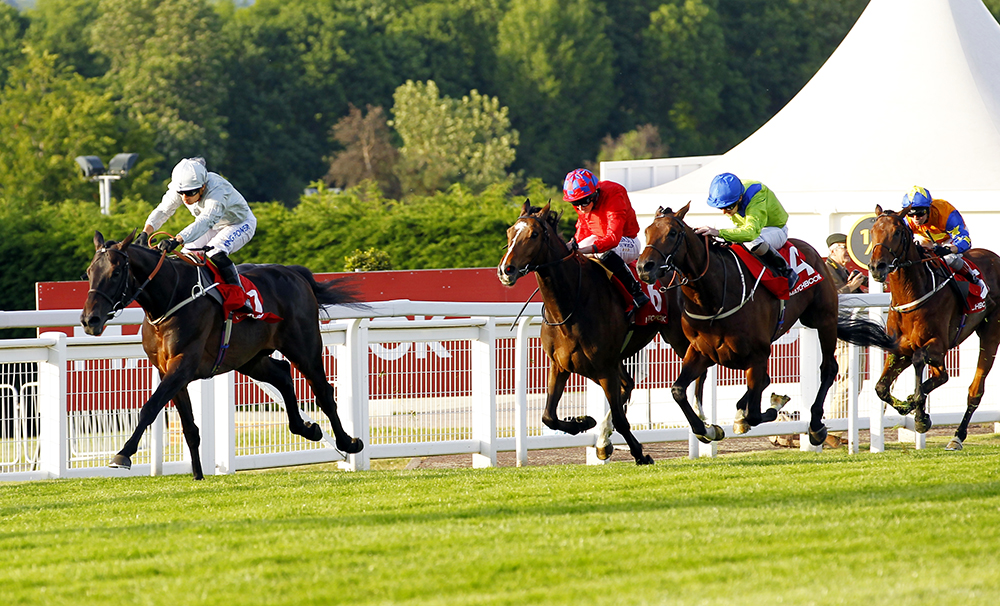 “Mares are being booked in and breeders like him when they have come to see him. He’s really starting to let down,” adds Honner. “As a stallion, he brings something unique. Jump racing is in his blood and the most important thing in National Hunt racing, after all, is to jump the jumps. He himself won on soft, which is becoming more and more relevant as winters are getting wetter.”

Amidst all the coronavirus chaos, it is largely business as usual for those caring for animals. Stud farms are no different. “We’re open for business. People stay in their cars and we take care of the mare in order to keep social distancing. It is a terrible time for a lot of people, but you’ve just got to make the best of it. We have to keep breeding for the future.”

These are uncertain times and when horse racing, or any industry for that matter, will be able to get back functioning again is anyone’s guess. To survive and thrive in this climate, the emphasis will be on standing out. Austrian School’s profile is unique, and Clongiffen Stud offers breeders an inexpensive way to stand out from the crowd. 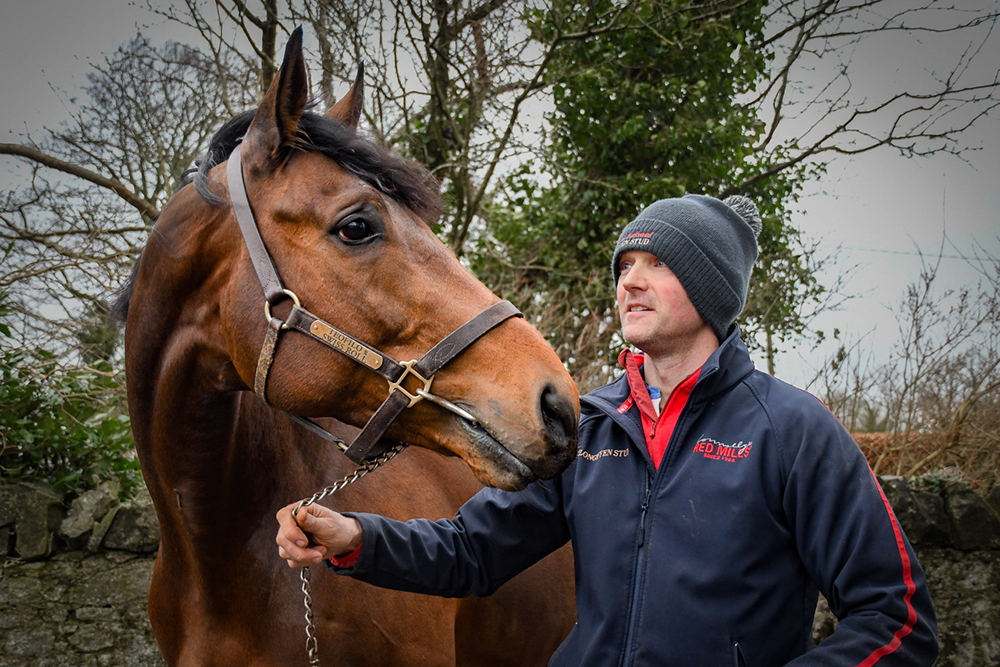