It’s strange thing to suggest that there should be any degree of commercial risk in retiring a top-class multiple Group 1 winner by a Derby-winning Champion Sire out of an Oaks winner. But that’s where we are right now. The modern commercial market doesn’t value stallions like Ulysses anywhere near as much as it ought to. Still, it hasn’t deterred Cheveley Park Stud making this fine son of Galileo available to European breeders and their faith has been rewarded, with over 100 high-class mares in each of his first two seasons. And that gives Ulysses an excellent opportunity to prove his worth as a sire.

Ulysses belongs to an elite group of racehorses. He’s not only by Galileo, he’s among a select group of eight colts by the sire all rated 130 or higher by Timeform. It’s a group headed by Frankel, who has made a superb start to his stud career, and also features New Approach, the Darley stallion that has already come up with a Derby winner, an Oaks winner and a 2,000 Guineas winner. So, elite form seems to be a key ingredient among the best Galileo stallions. 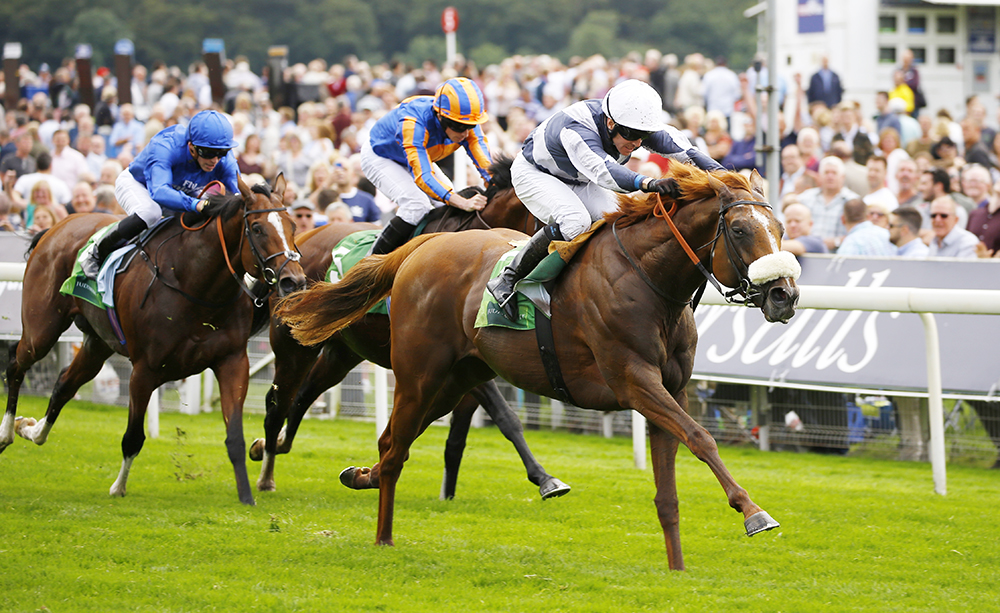 Ulysses’s class really became apparent in the summer of his three-year-old campaign when he won the Group 3 Gordon Stakes at Goodwood. But it was during the following season that he really flourished, kicking off his four-year-old campaign in the Group 3 Brigadier Gerard Stakes, where he beat the Grade 1 Belmont Derby winner Deauville by a length. Later that summer at York he reached his zenith, defeating Churchill, Barney Roy, Cliffs of Moher and Decorated Knight in the Group 1 Juddmonte International. He also ran a good second to Enable in the Group 1 King George and third to the same mare in the first of her Arc successes.

In that Arc third, Ulysses was just behind Cloth Of Stars, the Sea The Stars colt that also displayed top-class form on the racecourse. The significance here is that both colts are the produce of the Kingmambo full-sisters, Light Shift and Strawberry Fledge. In fact, Ulysses and Cloth Of Stars are even closer relatives, being sired by half-brothers Galileo and Sea The Stars. But the full sisters were far from equal on the racecourse.

Ulysses’s dam Light Shift won four of her seven races for Henry Cecil. Her Classic campaign consisted of three consecutive victories: a Newbury conditions race, followed by the Group 3 Cheshire Oaks and the Group 1 Oaks itself, where she held Peeping Fawn by a half a length. She subsequently found Peeping Fawn too good for her when the pair lined up in the Group 1 Irish Oaks and again on her final career start in Goodwood’s Group 1 Nassau Stakes. 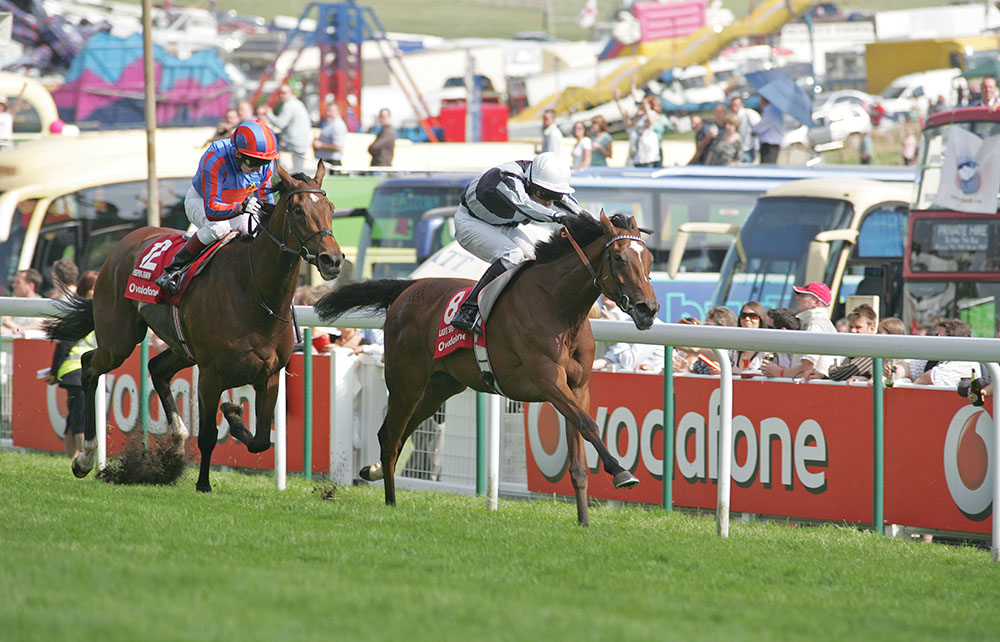 Ulysses’s dam, Light Shift (rails) holds off Peeping Fawn to secure a Classic victory in the Group 1 Oaks at Epsom

The Niarchos family developed Ulysses’s female line from the great racemare Northern Trick, who was acquired for $530,000 at the Keeneland July Sale in 1982. The rangy and tall chestnut daughter of Northern Dancer raced only at three, winning four of her six races, including the Group 1 Prix de Diane by a wide margin and Group 1 Prix Vermeille from Oaks heroine Circus Plume, before running second to Sagace in the Group 1 Prix de l’Arc de Triomphe. Her performances were of such a high standard that she was voted Horse of the Year in France and Timeform awarded her a very high rating of 131 that placed her among the very best three-year-old fillies in the past 50 years.

As sometimes happens with top racemares, Northern Trick failed to produce a racehorse of note, her best being her only Stakes winner, Listed scorer Onda Nova. But one daughter in particular, the Shirley Heights filly Lingerie – who remained a maiden after 12 starts – has certainly revived the family fortunes. In addition to Ulysses’s dam Light Shift, she is also responsible for the Hector Proctector Group-winning siblings Shiva (Group 1 Tattersalls Gold Cup) and dual Group 2 winner Limnos, while four more daughters have gone on to produce Stakes winners, including the aforementioned dam of Cloth Of Stars.

2020 is a key year in Ulysses’ career as his first crop hit the yearling sales. Notwithstanding the effects of COVID-19 on bloodstock markets, there are already good indicators that his stock should go well this autumn. For a start, his 18 foals sold last year averaged more than the likes of Iffraaj, Acclamation, Gleneagles and New Approach. His first book of mares featured 25 Stakes winners, including Group 1 winners Integral, Passage of Time, Hooray and Echelon. His 2018 mares also included the dams of Group 1 winners Advertise and Harmonize. And among his 2019 book were 18 more Stakes winners, including Group 1 winners Banks Hill, Echelon and Red Bloom, plus the dams of Group 1 winners Albigna, Elm Park, Romantica and Integral. 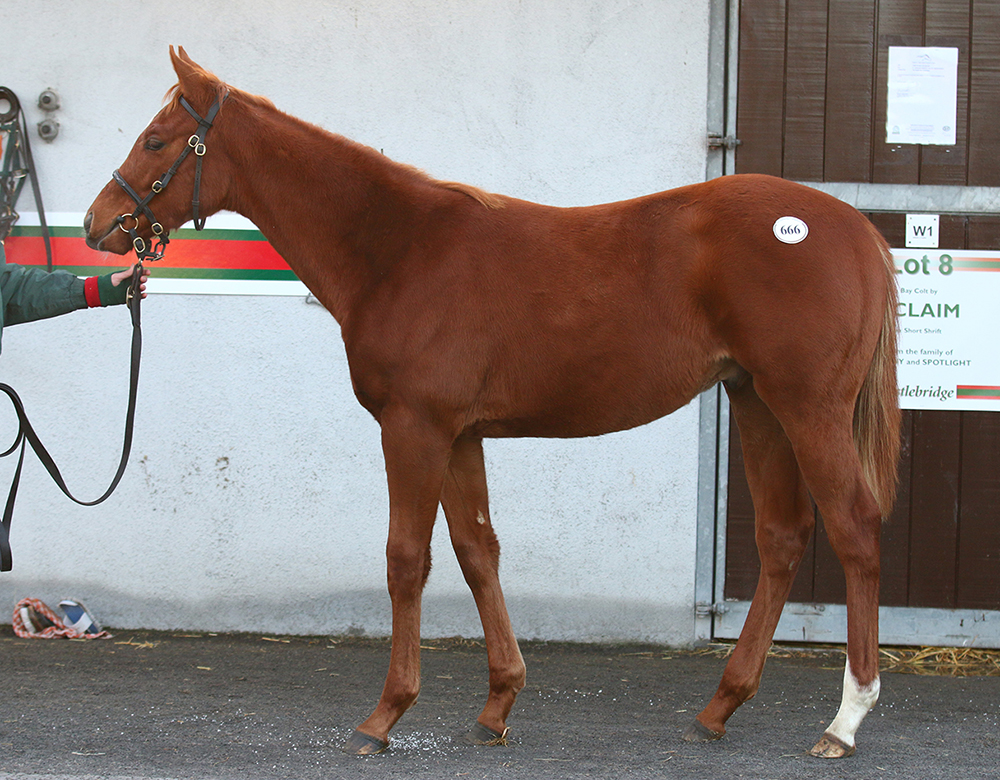 This stunning colt by Ulysses ex Fools In Love was sold by the Castlebridge Consignment to Jamie Railton for €175,000 at last year’s Goffs November Foal Sale

Even more significantly, now that breeders have seen his excellent first foals, his third book this spring is full of class. Cheveley Park themselves are sending him the Group 1 mares Echelon, Heaven Sent, Infallible, Integral; the Group winner Marenko, and the dam of Group 1 scorer Harmonize.

There is no doubt that Ulysses has the early ammunition to make his mark and it would do British breeding no end of good to discover a new star from among the ranks of its middle-distance stallions.