Adam Potts on another young son of Dubawi, standing at the English National Stud

Juddmonte Farms have long been one of the most admired breeding operations in existence. They epitomise all that is great about thoroughbred breeding – they did, after all, breed the one of the greatest racehorses of all time in Frankel. Their broodmare band is carefully maintained and developed, and their runners are always subject to a second look. For anyone seeking to enter the breeding game, Juddmonte’s offerings are the first port of call, as not only are their fillies and mares of a regal standard, but also the operation continues to support and nurture these families that have in part been sold off, rather than discarding them. 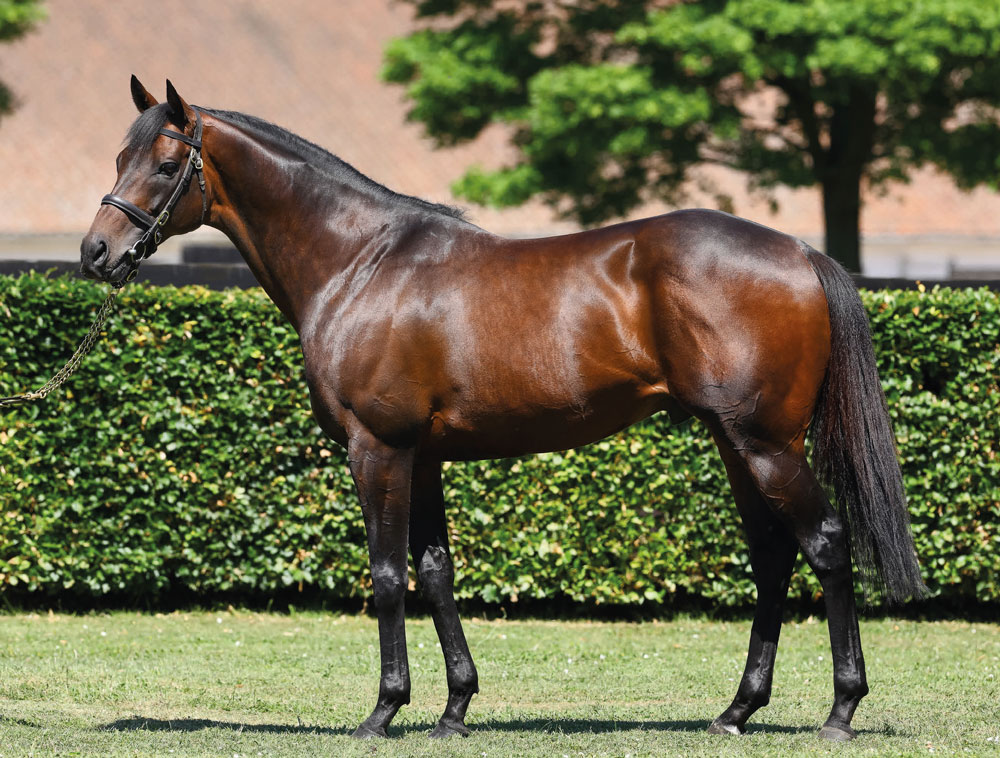 Time Test, by Dubawi, is out of the Group 1 winning mare Passage of Time.

Breeders now have a chance to utilise a son of Dubawi out of one of their Group 1 winning mares in Critèrium de Saint-Cloud victress Passage Of Time. She comes from a wonderful line that includes her half-sister Timepiece, winner of the Group 1 Falmouth Stakes; Champion Older Horse of 2009, Twice Over and Prix du Moulin winner All At Sea, who are all from the immediate family of Hall of Fame star Damascus.

Trained by Sir Henry Cecil, Passage Of Time showed enough speed to win the Listed Montrose at Newmarket by five lengths, before winning the only top-level juvenile race over ten furlongs at Saint-Cloud. A throat abscess meant she performed below par in the Oaks, but she redeemed herself with solid performances in the Group 1 Prix Vermeille and Breeders’ Cup Filly & Mare Turf, finishing third in each. Earning a Timeform rating of 115, she was one of the best of her generation.

Her mating with Irish 1,000 Guineas winner Dubawi produced Time Test, who interestingly appeared to inherit much of Dubawi’s traits both in appearance and in speed. Trained by Roger Charlton, he burst onto the scene in the Group 3 Tercentenary Stakes at Royal Ascot, quickening away from his rivals to win by over three lengths and clocking a particularly fast time. This was his first attempt in Stakes company, having had three starts over seven furlongs at two, before improving dramatically on his form at three.

His Royal Ascot win was on firm ground, going that he was consistently unable to get on the big day. A creditable effort on ground softer than ideal in the Juddmonte International Stakes was followed by an authoritative win in the Group 2 Joel Stakes when dropped back in trip to a mile. More impressive to the eye than his winning margin of a length, he showed a nice turn of foot to beat yardstick Custom Cut and subsequent Irish Champion Stakes winner Decorated Knight. His career was to continue in the US, where he finished runner-up in both the Group 1 Manhattan Stakes and Group 1 Fourstardave Handicap. 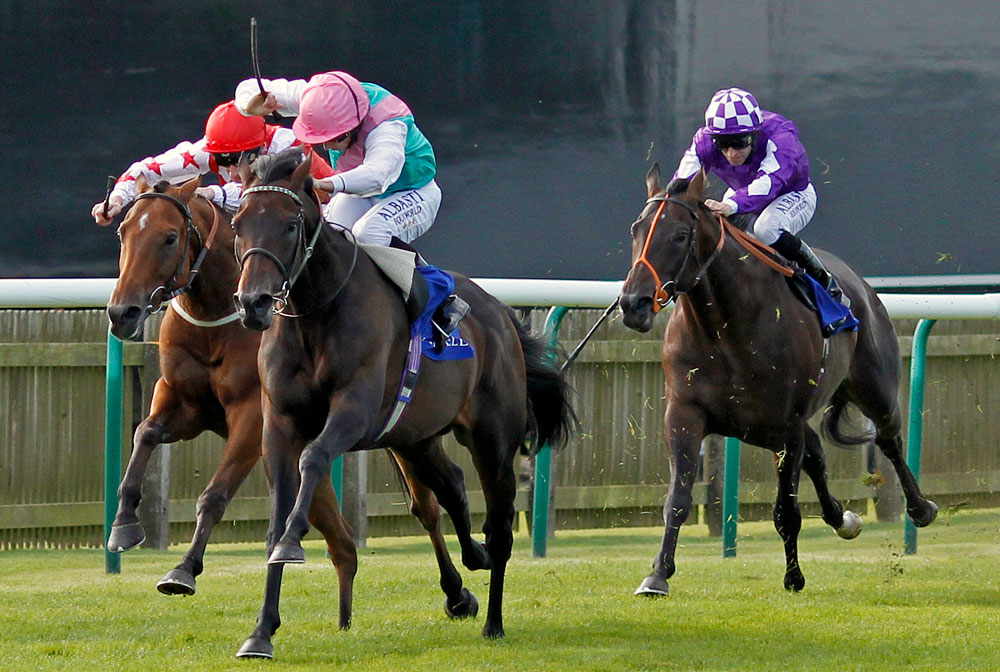 Time Test puts up an authorative display when winning the Group 2 Joel Stakes at Newmarket.

Purchased by the Jockey Club at the end of his racing career, Time Test stood his first season this year at The National Stud in Newmarket at £8,500, a fee which remains the same for 2019. His opening book consisted of 111 mares, 22 of which were themselves Stakes performers. Highlights included Comic, dam of Hong Kong Champion Viva Pataca; Lynwood Chase, dam of Group 1 Canadian International winner Cannock Chase; Exciting Times, dam of Group 1 Beverly D Stakes winner Gorella, and Aurelia, dam of Oaks runner-up Harlequeen. The Juddmonte mares included Scuffle, a half-sibling to Cityscape and Bated Breath, who has already produced triple Group 3 winner and Group 1 E P Taylor Stakes runner-up Suffused.

Time Test offers value to breeders. One can’t help but think he was capable of winning a Group 1 on home soil when conditions were right. His performances in the Tercentenary and Joel Stakes certainly gave this impression. He had the acceleration, has the right physique and a fabulous pedigree, all of which bodes well for his stud career.